Up close and personal

With the next federal election no more than nine months away, which seats should we be watching? 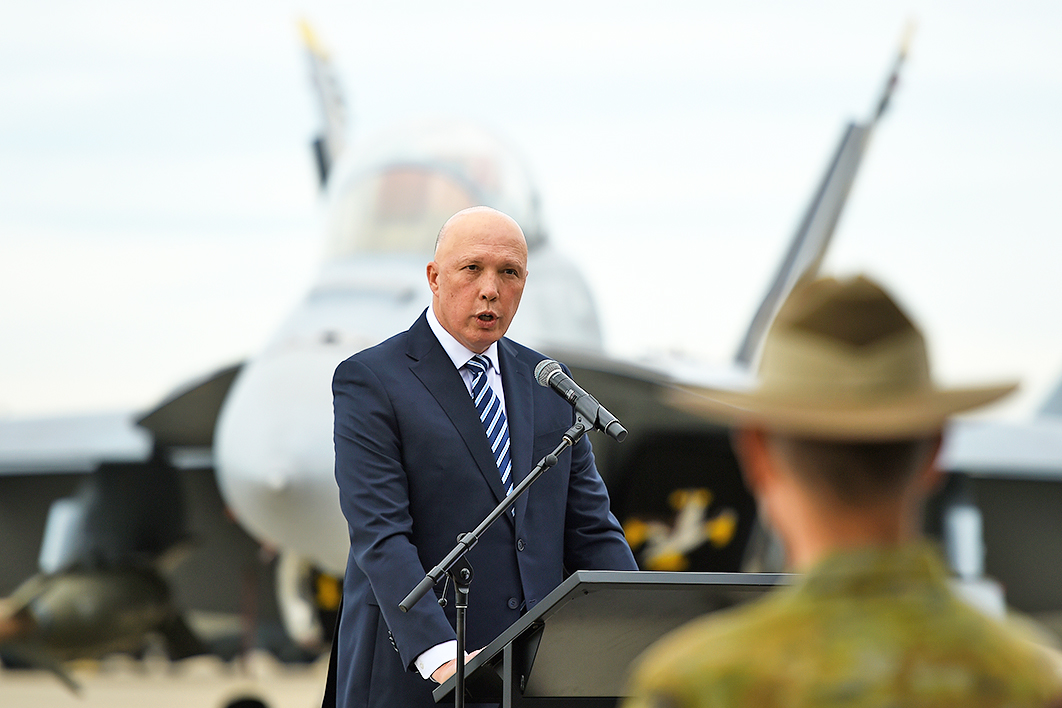 The electoral redistributions are finished, the new notional margins have been estimated, and expectations have been pushed towards the latest possible date, around May next year. What can we expect? Whichever side wins, where might the surprises be?

Here are a few preliminary observations, with more to follow in coming months.

• First, we need to talk about defence minister Peter Dutton’s Brisbane seat of Dickson (held by a margin of 4.6 percentage points). His ultimately easy re-election in 2019 produced a bit of crowing, but that friendly 2.9 point swing was dwarfed by the 4.3 point Queensland-wide shift to the Coalition and also compared poorly with the average of 4.2 points in the electorates it borders (excluding Ryan, where the sitting member took her personal vote with her into retirement).

In truth, Dutton did quite badly in Dickson, and for the second election in a row. Back in 2013 Dickson’s two-party-preferred vote was about the same as the state’s (56.7 against 57). Now it is three and a half points lower. (A redistribution in the last term barely touched the margins.) If uniform, a return to the 2016 result of 54.1 — a 4.3 point swing to Labor — would take the defence minister to the brink.

We can pinpoint the reasons for his decline. Labor’s candidate in 2016 was former state minister Linda Lavarch, who brought a ready-made personal vote. In 2019 the opposition candidate was Ali France, whose profile blossomed with assistance from some Sky After Dark–workshopped nastiness from Dutton. His relative personal vote — as imperfectly estimated by subtracting the party’s Senate votes from its House of Representatives number — was low, and France’s was high. These all suggest he had (for the second time in a row) a bad campaign.

GetUp! involved itself in both, and while your correspondent is generally a GetUp! sceptic, it’s possible the advocacy group did something right.

Still, this is a pair of one-off situations, and under normal circumstances you’d expect a snap back to Dutton in their absence. But crucially — and I wouldn’t even be discussing Dickson if this weren’t the case — France is running again.

Of course, as with an overall victory, a Labor win in Dickson would depend on a decent Queensland swing back to Labor. Some opinion polls are pointing to this outcome, but they were very wrong last time, and wrongest of all in the sunshine state. Dickson sits third on the pendulum, but it’s more likely to fall than Leichhardt, which needs a 4.2 point swing (assuming Warren Entsch recontests), while Longman (3.3) is a wild card.

All up, Dutton’s chances of survival are about the same as those of the Morrison government’s. Let’s call it fifty–fifty.

• If Dickson might be touch and go, Hunter in New South Wales, on a 3.0 point margin, is likely to be on high rotation on election night for another reason. Two years ago long-term Labor MP Joel Fitzgibbon got the shock of his life with an unfriendly 9.5 point swing, but next year we can expect the elastic to do its thing — and then some.

For one thing, the key ingredient of Adani will be largely absent, and with it the exacerbating 25.9 per cent primary vote for One Nation and the United Australia Party, both of whose how-to-vote cards favoured the Nationals candidate. On top of that, Fitzgibbon has since emerged as a fully-fledged maverick, happy to dump on his own party when the urge takes him, particularly on climate change. Like most mavericks, his self-indulgence damages his team but boosts his own stocks.

If Labor remains in opposition after the election, the big Hunter result will provide fuel for the party’s coal-huggers, with potentially disastrous medium-term consequences.

• And elsewhere? The most likely Coalition gains in New South Wales are Gilmore (needing a 2.6 point swing) and Eden-Monaro (0.8). All else being equal one would expect a sophomore surge to new Labor MP Fiona Phillips in Gilmore. But her 2019 win, against the tide, was greatly assisted by the disastrous candidacy of blow-in Warren Mundine, which produced a split in the local branches. In the absence of those factors Gilmore is unpredictable.

In neighbouring Eden-Monaro, it was just as well for Labor that Mike Kelly retired midterm and not at the 2019 election, because in the sudden absence of his huge personal vote the Liberals would have taken the seat. The 2020 by-election delivered a narrow win to Labor’s Kristy McBain, with the roughly quarter of the electorate in the Bega Shire, where she was mayor, swinging to her and the rest swinging away. Next year she needs to build a good personal vote across the electorate. And to benefit from a reasonably good team result in New South Wales.

In Tasmania, Bass and Braddon have changed hands at each of the last three elections and are currently Liberal-held. Tasmania tends to move to the beat of its own drum. Really, who can say what will happen down there?

In South Australia, Labor has its eye on Boothby (1.4 point swing needed), where two-term Nicholle Flint is retiring. But Flint doesn’t seem to have built much of a personal vote; in fact, alone of the two-party contests in the state, Boothby swung to Labor in 2019. Ideally an opposition wants the retiring member to have been very popular.

By contrast, a disappearing personal vote will be much in evidence in speaker Tony Smith’s electorate of Casey (4.7 points). Again, though, the state result will be crucial. Can Labor expect to maintain or improve its already healthy 53.1 per cent Victorian vote?

Over in Western Australia, by contrast, the Coalition’s 2019 two-party-preferred vote was 55.5 to Labor’s 44.5. So there’s room for some improvement for the opposition. On Antony Green’s notional post-redistribution margins, the three most vulnerable Liberal seats are Swan (3.2 point margin), Pearce (5.2) and Hasluck (5.9). But about 40 per cent of Pearce was Cowan at the last election, and is loaded up with Labor MP Anne Aly’s personal vote, which will disappear in 2022. That means the notional margin understates his safety.

The opposite applies in Hasluck, a third of which was Pearce last time. Ken Wyatt’s margin is overstated by Christian Porter’s 2019 personal vote. So Wyatt is more vulnerable than he appears. Of course, the public persona of Porter himself has dramatically altered since people attended the ballot box in 2019. Indeed, he might not recontest. •

Lock down smarter, not harder 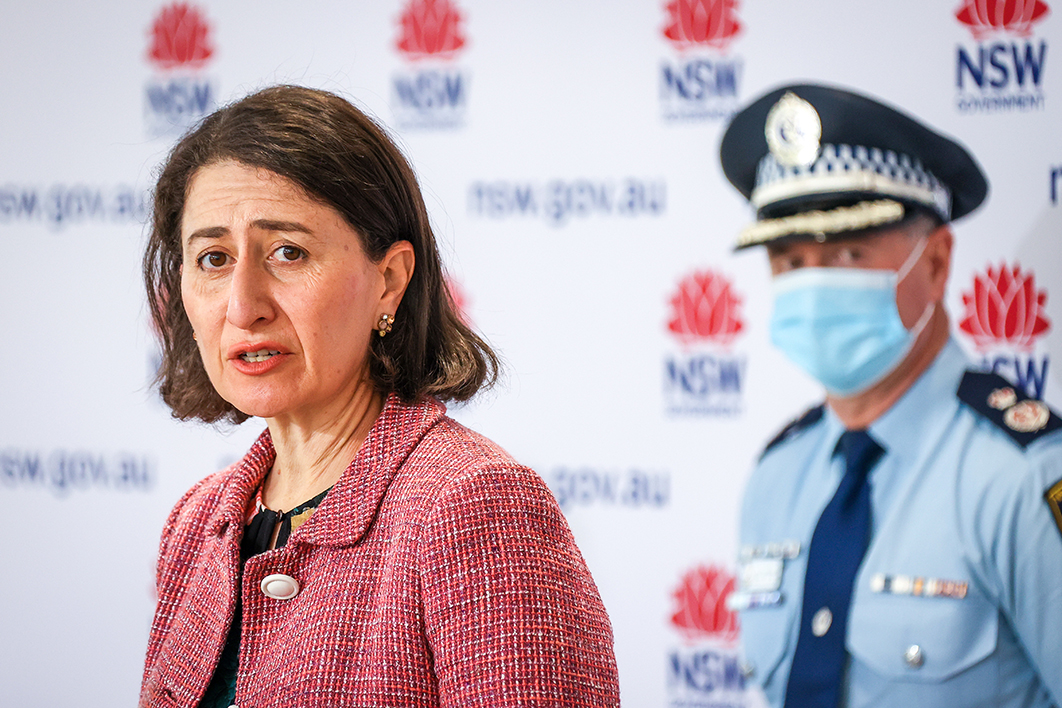