This week’s Victorian budget has passed up the opportunity to borrow at historically cheap rates to fund essential infrastructure, writes Tim Colebatch 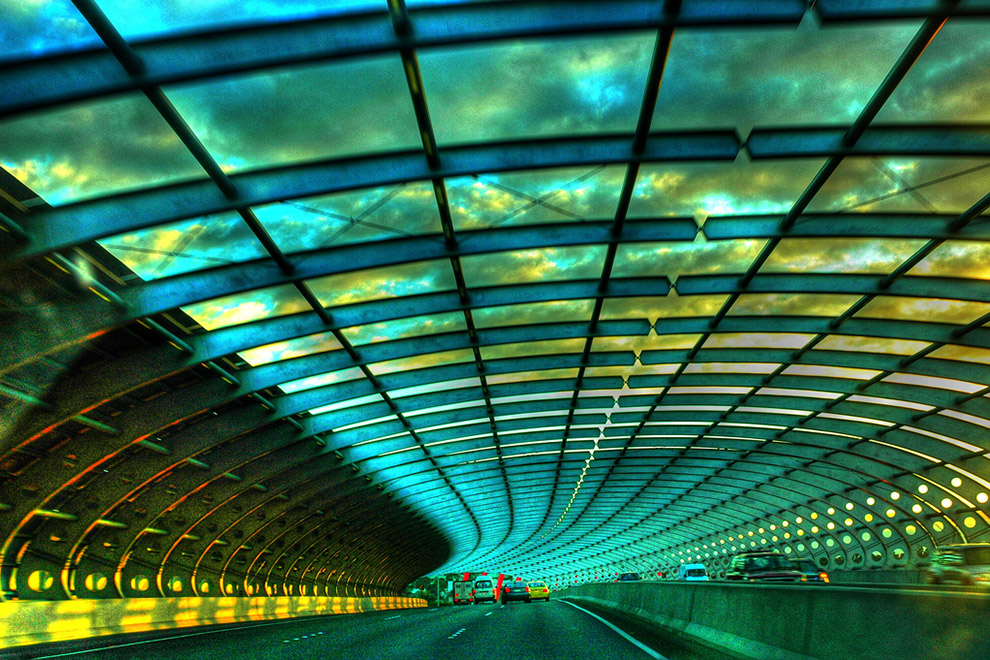 Victoria’s new Labor government went into last year’s state election with two transport policies. One, dubbed Project 10,000, set out an ambitious list of roads and rail infrastructure it would build, headlined by a new Melbourne Metro underground railway line and a pledge to remove fifty of Melbourne’s worst level crossings. The other was to create a new body, Infrastructure Victoria, which would prepare and publish independent cost–benefit analyses of infrastructure proposals to ensure Victorians got no more duds.

You can see the problem. What happens if Infrastructure Victoria concludes that one of the government’s priority projects is a dud? Or that far better projects were being left unbuilt while the government spent taxpayers’ money on ones of questionable value? Which policy would take priority?

And how could the government pay for its long shopping list of projects from a severely constrained capital works budget: currently, less than $4 billion a year for all Victoria’s transport needs? If it plans to reduce public debt rather than take advantage of today’s extraordinarily low interest rates to borrow and build, how many of the promised projects will become reality anytime soon?

In Tuesday’s state budget, Victorian Treasurer Tim Pallas revealed that the answer is simple: the government might have changed, but otherwise it’s business as usual. Infrastructure Victoria will be set up only after the key infrastructure decisions have been made. And with the new rail line through the outer western suburbs (Regional Rail Link) completed, and the East–West road tunnel scrapped, funding for transport infrastructure has shrunk even more. Less than 1 per cent of the state’s output will be invested next year to build all this new transport infrastructure.

Yet, only five months into his first term, premier Daniel Andrews has already pledged to:

• build the new nine-kilometre Melbourne Metro line from South Kensington to South Yarra, burrowing under the middle of Swanston Street, at an estimated cost of $9 billion to $11 billion.

• scrap the previous government’s proposed East West Link tunnel, and compensate the contractors for up to $420 million of costs they’ve already incurred.

• consider a new West East tunnel and bridge proposed by toll road operator Transurban, to link the West Gate Freeway to the docks, rail freight terminal and City Link, at an estimated cost of $5.5 billion.

• join with Transurban and the federal government to widen the northern half of CityLink and the Tullamarine Freeway, at an estimated cost of $1.28 billion.

• scrap the previous government’s deal with a private consortium to upgrade the Cranbourne–Pakenham rail corridor, and instead do a bigger version of the same plan itself, at a yet-to-be-determined cost thought to be around $2 billion.

• invest $2 billion to build new trains and trams locally over the next decade.

So if the government is already committed to all that, what is left for Infrastructure Victoria to advise it on? The key decisions for this term appear to have already been made.

In fairness, most of these projects are things Andrews promised to do before the election. Some of them, such as widening CityLink, simply lock in uncontroversial decisions previously made by the Napthine government. But the announcement of the Metro came after Andrews was hammered by those parts of the Melbourne media who refuse to face the reality that the East West road link was a poor project that would have cost taxpayers billions of dollars over time. In reality, spending $420 million to close it down now was the cheap, fiscally sensible option.

Melbourne Metro is another matter, though. A business case prepared years ago under the Baillieu government has now been leaked by the Liberals to the Herald Sun, but as James Campbell points out, it envisaged a much cheaper project than Andrews has announced. And that 2011 study found the Metro would have a benefit–cost ratio of just 1.2–1 – the equal lowest of the eleven projects that made it to the advanced stages of Infrastructure Australia’s latest priority list.

The government could recoup some of that cost by capturing the increased value the line will add to land around the new stations. But much of that land is publicly owned, with little or no scope for redevelopment. So the great bulk of the project will have to be publicly financed – even if, with construction scheduled to start only in 2018 (just before the next state election), that is more a problem for the future.

The bottom line is that Melbourne Metro might not pass a standard cost–benefit analysis in its present form. Even the preliminary work will eat up about 10 per cent of the government’s budget for transport works over the next four years. And had Infrastructure Victoria been set up before the decisions were made, it might have found alternative projects offering much bigger bang for the buck.

Faced with the choice between vision and caution, Pallas has chosen caution. State debt is projected to fall in the out-years, implying that future borrowing will shrink rather than grow. That means, in turn, that transport infrastructure spending will shrink in real terms and as a share of the state’s output.

If Melbourne were not growing so fast, this fiscal conservatism wouldn’t matter so much. But Victoria’s capital is growing very fast indeed. Every week it adds almost 2000 new people. In the fifteen years since the start of the new millennium, the city’s population has grown by a third, adding more than a million people. It’s now 4.5 million, and on current growth rates it will reach five million by 2020, six million by 2030, and eight million by 2050 or so. Like Sydney, it is cramming more people in at a rapid rate while building new infrastructure to cater for them at a slow rate. And the result is rapid increases in road congestion, public transport crowding, and frustration among the city’s residents.

Outside government, there is a growing consensus among economists that, with an underperforming economy facing serious challenges and many feasible, productivity-enhancing transport investments on the drawing board, governments ought to be borrowing to build. Victoria’s ten-year bonds are now selling at less than 2.5 per cent; the money is so cheap, the needs are so big. In time, of course, the money will have to be repaid, which means the investments must be chosen well and future revenues earmarked to meet the bill. With that qualification, borrowing to build in today’s economy offers governments a win–win opportunity.

But Labor fears being seen as spendthrift, and so it is too afraid to grasp its opportunity. It has opted to let congestion keep growing because it fears that the Coalition, the Murdoch press, and ultimately the voters would crucify it if it borrowed money to fix the problems. Like its predecessor, is trying to juggle the problems, to make it appear that it is solving them: promising projects it will be unable to deliver, bringing in private partners that will ultimately inflate the overall costs, doing what it can with just $3 billion a year.

That is why Labor was attracted to Transurban’s cleverly designed proposal to build a tunnel–bridge link between the West Gate Freeway and CityLink via the docks and the rail freight yards. On the numbers being discussed in the media, just $1.5 billion of the $5.5 billion cost would come from government. Most of the money to build it would come ultimately from tolls – partly on the new link ($3 for cars, $13 for trucks), partly on the now toll-free West Gate Bridge ($13 for trucks, with cars remaining free), but primarily from motorists using CityLink, for which the immensely profitable franchise granted by the Kennett government, and extended by the Napthine government, would be extended for an unspecified period.

Most of the cost, that is, would be paid by motorists using CityLink after 2035, when the franchise was due to end. Those costs are not likely to be high in the minds of voters at the 2018 state election. Andrews even cheekily suggested that the federal government might allow Victoria to transfer the $1.5 million the Abbott government paid for the East West Link to this project, only to be quickly slapped down by federal assistant infrastructure minister Jamie Briggs, who said the feds were unlikely to pay without a state contribution.

There are a number of risks with the Transurban proposal. Few cars are likely to transfer from West Gate to the Transurban Link when one is free and the other has a $3 toll. It would make far more sense to put a toll also on cars using West Gate, but that is politically impossible unless tolls are introduced for other urban freeways as well. That would make a lot of economic sense, and provide a revenue source that could be earmarked for future road construction; but it would also be a decision Sir Humphrey would call courageous.

Transurban has calculated the benefit–cost ratio of its link as 1.6–1, and had that signed off by experienced infrastructure bureaucrats Kerry Schott and Tony Canavan. The route chosen would serve a lot of goals, and there is a widespread view among transport professionals that a road linking the West – but preferably from the Western Ring Road – with the docks, the rail yards and CityLink should be Melbourne’s biggest priority in new tarmac.

But there is also a widespread view that the best projects in terms of bang for buck are not the big blockbusters like this, but smaller projects that improve the existing road system by tackling bottlenecks: removing fifty level crossings, for instance, which was Andrews’s biggest priority in the election campaign, or duplicating the single-lane main roads that now cause congestion in the western suburbs from dawn till dark. But smaller, more worthwhile projects tend to come off second best when competing for funds against the blockbusters, and so those commonsense projects seem to be receding. •

More about the Victorian budget 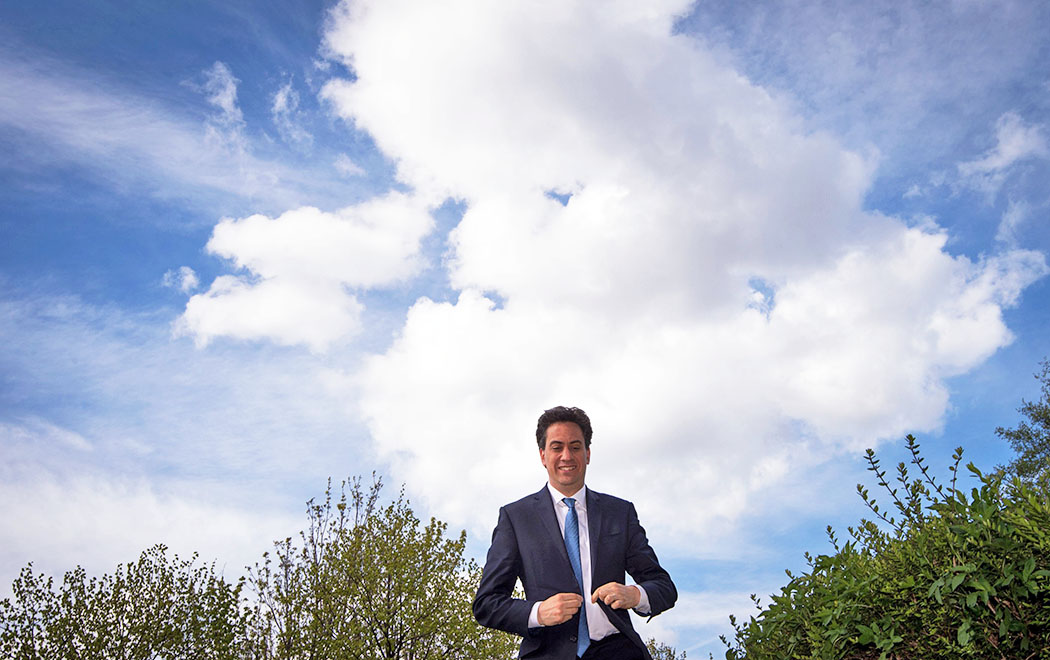