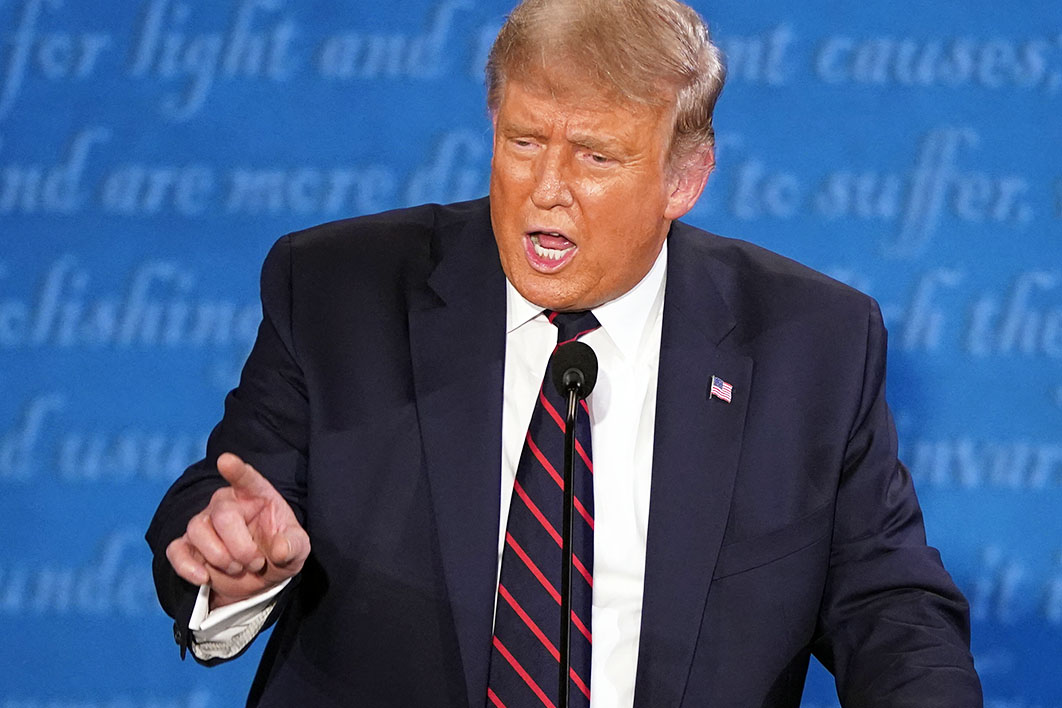 If you had the misfortune to watch the first presidential debate between Donald Trump and Joe Biden, then you know it was a nearly unwatchable ninety minutes, with moderator Chris Wallace at times pleading with President Trump to stop interrupting long enough for Biden to answer a single question. Trump introduced so much chaos and conspiracy into the debate that CNN’s Jake Tapper concluded, “That was a hot mess, inside a dumpster fire, inside a train wreck. That was the worst debate I have ever seen. It wasn’t even a debate. It was a disgrace.”

It’s tempting to leave it there, to note that the debate was a worthless exercise and a waste of time. But something happened that should be on front pages across the country: the president refused to denounce white supremacists — the nation’s top domestic terror threat — and then signalled his support for more violence and unrest in the run-up to the election.

Encouraging political violence has been a mainstay of Trump’s strategy since entering politics in 2015. During the 2016 race, he frequently encouraged rally-goers to assault protesters, even saying he would pay their legal bills if they were arrested. A year later, after the deadly white-power rally in Charlottesville, Virginia, white supremacists celebrated Trump’s famous equivocation about their actions.

The 2020 race has been no different. While the pandemic has mostly prevented huge rallies of the kind Trump held in 2016, he has still found ways to signal to his supporters that armed intimidation and violence are welcome parts of his campaign. The Republican National Convention featured Patricia and Mark McCloskey, a St Louis couple who greeted peaceful anti-racist protesters walking past their home by brandishing guns (they face felony charges for unlawful use of weapons). Trump has also recently said that Kyle Rittenhouse, the seventeen-year-old Illinois resident who shot and killed protesters in Kenosha, Wisconsin, was acting in self-defence.

If those events were dog whistles, the president’s comments at the debate were trumpets. Asked by Wallace if he would denounce white supremacists, the president first waffled, asking for a specific group. Both Wallace and Biden suggested the Proud Boys, a violent far-right street gang. Rather than denounce them, Trump told them to “stand back and stand by” — which the Proud Boys immediately adopted as their slogan. He then added, “Somebody’s got to do something about antifa and the left.”

The exchange was notable not only because Trump encouraged the violent group but also because he avoided denouncing white supremacists in general. His own Department of Homeland Security, in a draft report on terrorist threats to the United States leaked in early September, assessed that “white supremacist extremists — who increasingly are networking with like-minded persons abroad — will pose the most persistent and lethal threat.” Yet Trump continues to claim that antifa, a left-wing protest movement, is a domestic terror threat (the Homeland Security report made no mention of it) and refuses to denounce — or even talk about — the most serious domestic terror threat in the country.

Disturbing as that moment was, it was not the only alarming remark the president made. At the end of the debate, Wallace asked both Biden and Trump to urge their supporters “not to engage in any civil unrest” around the election. Trump instead responded, “I’m urging my supporters to go in to the polls and watch very carefully.” He then went on to argue at length that because of mail-in balloting, the United States was likely to have “a fraudulent election.”

The baseless claim that Democrats are stealing the election is not new. Trump has been saying it for months, attempting to cast doubts on the results at a time when polls show Biden with a commanding lead. But the call for his supporters to go watch the polls, mixed with his refusal to call for peace around the election, is especially troubling.

In the United States, people cannot simply show up as poll-watchers. It’s a job that requires specific training and regulation. What Trump is calling for is intimidation — and it’s already happening. In Virginia, which has already begun early in-person voting, Trump supporters swarmed a polling site, requiring election officials to provide escorts for voters waiting in line.

Now imagine that the group gathering is not just a bunch of boisterous Trump supporters but members of militias or violent gangs like the Proud Boys. It’s a scenario made much more likely by the president’s comments on Tuesday.

At the debate, Donald Trump did little to outline the sorts of policies he might pursue if given a second term. But he did give viewers a clear vision of what a second term might look like: one marked by ongoing political violence, cheered on by the president. •

Why are fines so popular in a state that sees itself as progressive? 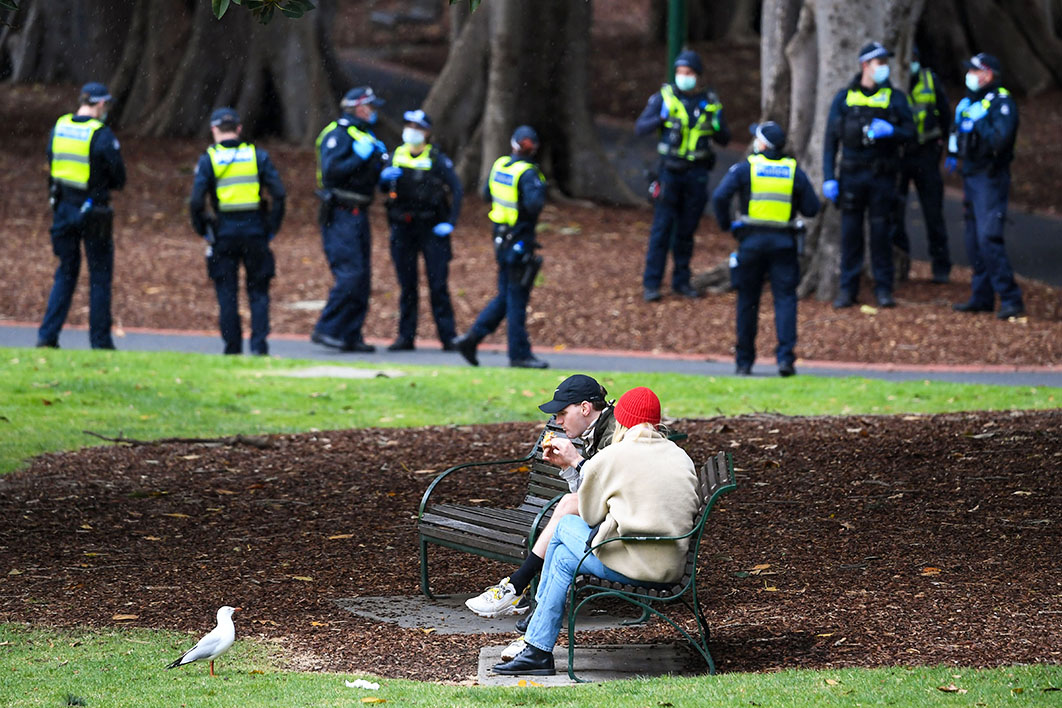