Voting rights: round two to GetUp! 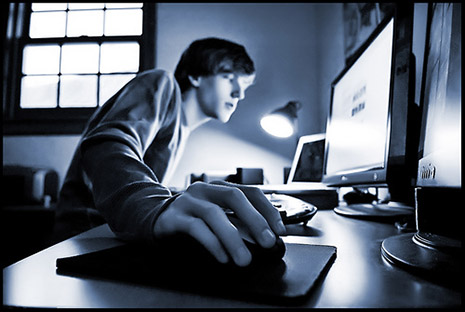 IN 1902, when Australian electoral democracy was taking its first, nappy-clad steps and many women had been newly enfranchised, an electoral roll had to be built for a nation. The new Commonwealth looked to the state police to compile a roll, which they did by canvassing households one by one. Within fifteen years, individuals were compelled to enrol. As Professor Marian Sawer has argued, this showed a progressive yet highly managed form of liberalism: a heavy hand guided by an open heart.

A century later, our electoral rolls are managed by computers and checked against vast swathes of data held by governments about our identities and whereabouts. Yet while enrolment remains mandatory, over one million people are not enrolled. A part of the problem may be that, unlike many other “transactions,” it’s impossible to enrol online.

Until today, that is. In another voting rights case mounted by GetUp!, the courts have again come up with a surprise decision. In Get Up Ltd versus the Electoral Commissioner, Mr Justice Perram of the Federal Court agreed with GetUp!’s argument that cyber law trumped the more traditional assumptions of the Australian Electoral Commission, or AEC.

The Electoral Act has long required people to submit a signed application form to enrol. How could it be otherwise? Signatures are a longstanding way of verifying identities, and the integrity of the roll is as crucial to its accuracy as ease of enrolment. And the AEC needs to keep original signatures to guard against later fraud, such as someone impersonating you by claiming a postal vote in your name. The AEC was not luddite about this, however: it has accepted faxed or even scanned enrolment signatures.

Young people are disproportionately represented among those who are not enrolled, and they are also disproportionately computer savvy. GetUp! combined these insights to create its Ozenrol website. Ozenrol permitted people to enter their details online. It then automatically entered that data into a template form, and submitted it electronically. On its own, this would not have been enough to make a valid enrolment. In some circumstances if you email information to a government department and type in your name, that can be deemed to be an electronic certification or signature. But it would hardly be appropriate to underpin the right to vote.

Cleverly, Ozenrol also allowed people to use a digital pen, their finger on a laptop trackpad or even a humble mouse to describe their “signature” on a screen. It was this techno-fix that the court had to rule on. The AEC argued that the 1999 Electronic Transactions Act gave it the discretion to decide if such an e-signature were “appropriate.” The judge disagreed.

Justice Perram did not even defer to the AEC’s expertise in the field of enrolment. Instead, he relied on evidence from a GetUp! campaigner, who swore that with practice one can execute an e-signature with “great precision.” The judge looked at the e-signature of the test-case plaintiff, Sophie Trevitt, and her witness. To him, they looked as good as a faxed signature. Two other plaintiffs, whose e-signatures were variable, were dropped from the case. But the judge nonchalantly observed that two physical signatures can differ as much as two e-signatures.

The case comes exactly a week after GetUp!’s more significant victory in Rowe versus the Electoral Commissioner, which I discussed in Inside Story a week ago. That case invalidated the law requiring new voters to be on the roll by 8pm on the day the electoral writs are issued.

So, round two to GetUp! Historically, courts have not played much role in the shaping of the electoral process in Australia. Nor has litigation been a common weapon to push the law. Indeed, GetUp! was founded – on the model of MoveOn.org – to push progressive values through cyberspace and the broader political process. But it has now flexed its muscles as a promoter of test-case litigation, in the mode of organisations like the Brennan Center for Justice in New York. Are we entering a very American world in which civic groups, of whatever hue, will use litigation not merely strategically, to exert indirect political pressure, but tactically and directly to sidestep parliamentary roadblocks?

Today’s decision is far from the final word, however, even on electronic enrolment. It emanated from the honourable, but relatively lowly, mouth of a single judge. The Electoral Commissioner has an automatic right to appeal to the Full Federal Court. Of course he might not wish to bother, having bigger fish on his plate for the next several weeks. Since the Ozenrol site was not live for long, there cannot be many people who will immediately benefit from the ruling, unlike Rowe’s case, which has enfranchised tens of thousands for the upcoming election.

The ruling is not set in stone for another reason. Even if it had come from the High Court, our nation’s “Supreme Court” under the Constitution, it didn’t raise any constitutional issue. It hinged merely on the interpretation and interaction of two very technical bits of legislation.

The federal parliament can revisit this issue – possibly as a result of lobbying by the AEC – in a few months’ time and overturn the result if it so desires. Without a doubt, conservative MPs will be arguing for this course of action. Even Justice Perram admitted that a forged paper signature was easier to detect, at least by handwriting experts, because it captured the pressure and thickness of a pen stroke.

The Commonwealth’s legal advisers will be looking at this decision for any wider ramifications for citizen-to-government communications. While the decision advances the 1999 law’s purpose of easing the path to electronic transactions, the finding that a court can so easily dismiss the expertise of the relevant government agency – in this case, as to when e-signatures are “appropriate” – will surprise many in government. It is quite arguable that the Electronic Transactions Act was meant to enable government agencies to accept e-signatures, rather than be a source of individual rights. If this decision stands, will the passport office have to accept e-signatures, even if the resulting passport doesn’t meet the customs rules of some nations?

Enrolment, of course, underpins the right to vote. It is not just a mechanism for communicating with government. It underpins the franchise, perhaps the most fundamental of all rights (apart from the right to the necessities of life). Electronic enrolment is now firmly on the political agenda. Unless there is clear expert evidence that electronic signatures are less trustworthy, there is no reason for the incoming government to undo GetUp!’s victory. On the contrary, it should be looking beyond online enrolment to automatic enrolment in a renewed quest for a comprehensive franchise. •

Graeme Orr researches electoral law at the University of Queensland and is the author of The Law of Politics: Elections, Parties and Money (The Federation Press, 2010, forthcoming).

Under the radar: direct mail and the election

Amid piles of letters and leaflets from fifteen very marginal seats, Sally Young looks at the role of direct mail campaigning in this election 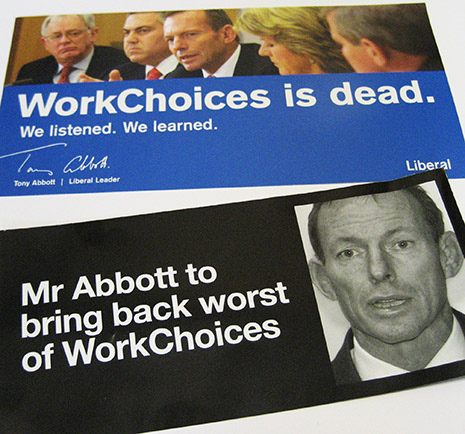