We must all be China-watchers now

With the West in flux, China’s nineteenth party congress will be closely observed 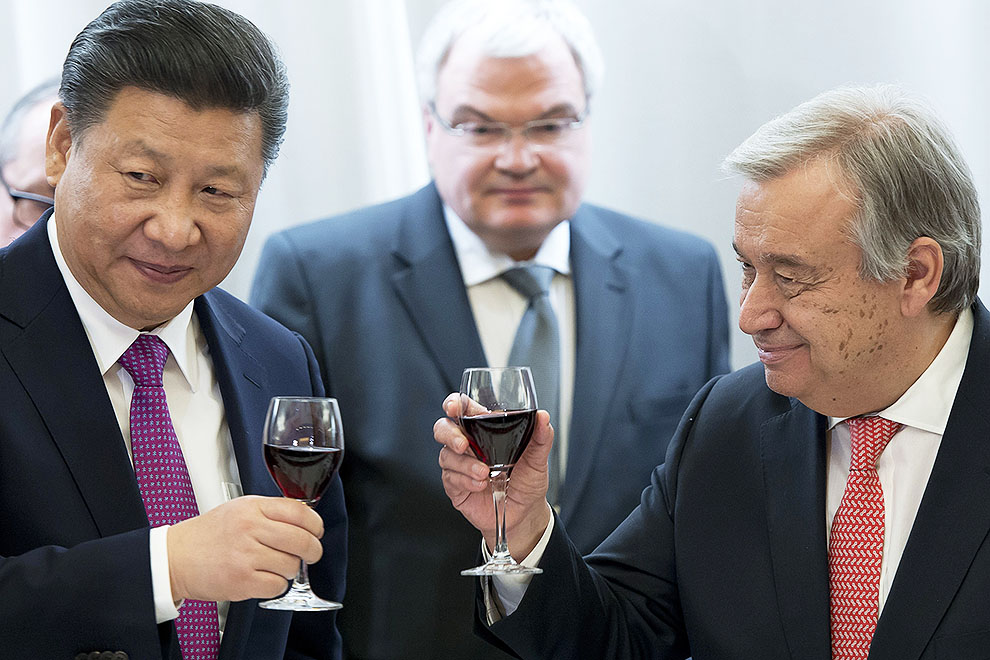 Every five years, at least since their timing became regularised in the early 1980s, many people inside and outside China have been transfixed by the speculation that inevitably precedes the leadership changeovers and policy reviews that make up the party congresses. The most recent of these, in 2012, came just after the dramatic felling of Politburo member Bo Xilai, the result of his wife’s involvement in the murder of a British businessman a year earlier. Added to the excitement was the emergence of a whole new group of elite leaders to replace the generation of president Hu Jintao and premier Wen Jiabao.

Five years later, the changes won’t be so dramatic. Xi Jinping is certain to stay on as head of the Party, and so too, it seems likely, will the current premier, Li Keqiang. But beneath this apparent stability is a bundle of issues that will make this congress, the nineteenth in the Communist Party of China’s almost century-long history, as keenly watched as any other.

First of all, by the time the Congress is over – in October or, at the very latest, November this year – we will know much more about the vexed question of just how powerful Xi Jinping really is. Since 2013, as his sweeping anti-corruption campaign has claimed even former members of the central standing committee, some observers have been making increasingly shrill declarations that Xi has dictatorial tendencies. Others, like the émigré US-based author Yu Jie, have labelled Xi the new Mao. So fond has he been to place himself at the heart of almost every organ of decision making that he is, in the words of the Australian sinologist Geremie Barmé, the “chairman of everything.” Even former US president Barack Obama went on record as saying that Xi has become the most powerful leader in China since Deng Xiaoping, the patriarch of post-1978 reform.

At the moment, though, all of this might be explained by the need for the Communist Party to demonstrate unity at a time of potential crisis. The party has always placed a premium on leadership, and that helps explains the huge space granted to Xi. And there is little value in trying to compare him to Mao, not only because the founder of the regime was such an idiosyncratic leader, but also because the China he ruled over was economically and socially far less complex and had fewer links with the rest of the world than the China of today. It could even be argued that the Mao Zedong of the second decade of the twenty-first century remains the Mao Zedong of half a century ago, so large does his shadow fall even forty years after his death.

It’s true that Xi has now added the title “core of the fifth generation leadership” to his host of other designations. But for all the apparent self-aggrandisement, he could just as easily be on a mission to make one-party rule sustainable rather than being dedicated to promoting the power of one transient individual. The congress will make it clearer whether the personal is taking priority over the party: if the appointments to the central committee, the 350-strong body that constitutes the party’s super elite, are seen as distinctly Xi’s people then those who declare that we are looking at a full-blown autocracy will have much more evidence to back up their claim.

The second key feature of the Congress will be the message it gives about reform. Since 2013, reform has been one of the most overused words in party documents. Reform of state enterprise, of the legal system, of the fiscal system and, most critically, of the economy – they have all been greatly talked about. What has been left off the list, most strikingly, is political reform. The distinctive feature of the first five years of Xi-ism has been a curious combination of market-friendly reformist language and harsh, categorical attacks on any attempts to question in any way, shape or form the party’s monopoly on power.

Despite Xi’s rhetorical support for reform, a critic could say that big changes have been few and far between. Reform is still in process, and is nowhere near even a staging post, let alone a final destination. Hybrid state and non-state companies, promised in 2013, are rare. The decentralisation of some fiscal powers since 2014 has been significant, but complex and so far inconclusive in its outcomes. As for allowing the market to be “necessary” and given greater space, as was heralded in 2013 – this was tested almost to destruction by the massive government intervention in the plummeting Shanghai Stock Exchange in 2015 and early 2016.

The reforms the government has mandated most successfully – lifting the one child policy and relaxing the household registration system so rural dwellers could permanently move to cities – have largely been consolidations or confirmations of processes already under way. Were this a multiparty democracy, the first line of attack on the Xi administration would be to contrast its ambitious talk and its often underwhelming implementation. “Where’s the beef?” a dissenting voice might ask, were it allowed to speak out.

The Congress, and the government, must remorselessly focus on delivery. Even in a one-party system, undelivered promises become hugely problematic. The timing makes this doubly the case: those who emerge in high positions later this year will make up the leadership that must deliver on the all-important “centennial goal” – the point during 2021, on the party’s hundredth birthday, by which China will have become a “middle income” country. The anniversary is of immense symbolic and also spiritual importance for the party. It cannot make any mistakes here, because its chance to stake a claim to the next half century or more is predicated on how well it does in delivering this goal.

The final thing that will make the 2017 congress different is that never before has the leadership of China been so globally significant. Past congresses were regarded as esoteric events for sinologists and those with little better to do with their time. But now, with the uncertainty arising from the Trump presidency in the United States and Brexit in Europe, the stability and sustainability of the Chinese elite leadership has never been more ly significant. As the unipolar world erodes, a wider public understanding of what happens in Beijing, particularly around congresses like these, has become critically important. No matter what walk of life we are in, we must all become sinologists to some extent. And reading the tea leaves of an event like this year’s congress will become a necessity. •