Weather, sharks and the world economy: the luck of the political cycle 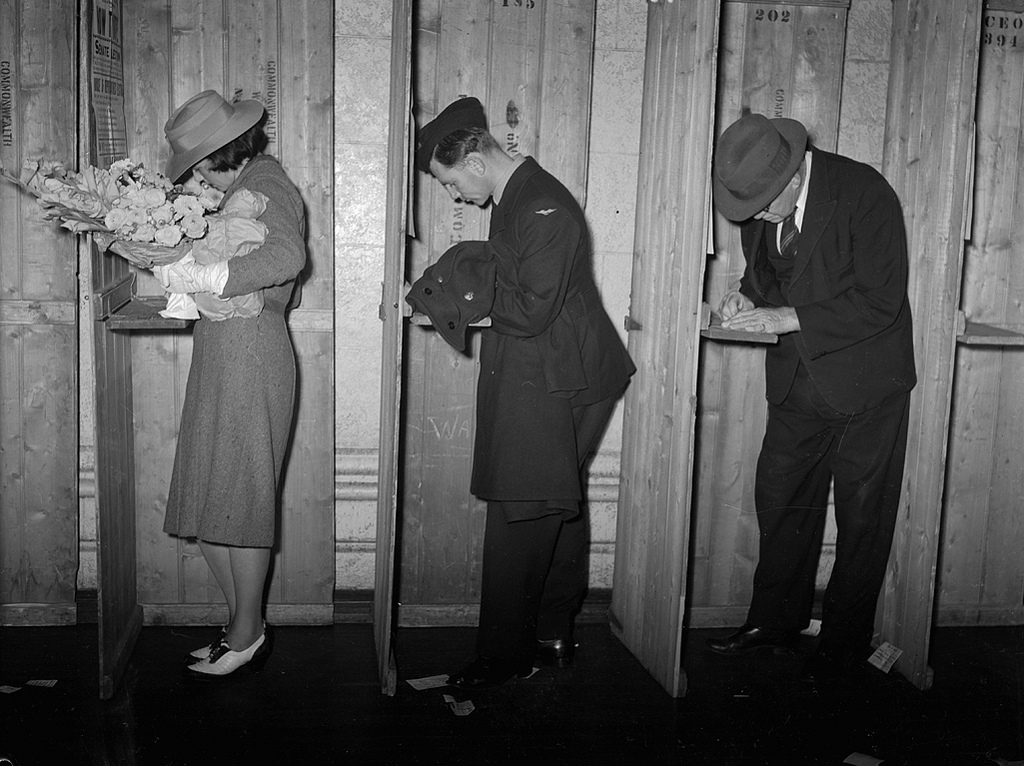 In the summer of 1916, a series of shark attacks on the New Jersey shore killed four people, including an eleven-year-old boy. (The attacks inspired the film Jaws.) A few months later, Americans voted in a presidential election. As a careful academic analysis has shown, the vote for the incumbent president (Woodrow Wilson) was around 10 percentage points lower in New Jersey’s beachside counties. Although most voters probably knew that the president was powerless to prevent shark attacks, they wanted to punish someone.

President Wilson’s administration was hardly the first government to be blamed for an event outside its control. In Egypt, pharaohs were seen as having divine responsibility for making the Nile flood annually. If the river didn’t flood, their reign was shortened. Maya kings were held responsible for good harvest rains, and a drought regarded as “tantamount to the breaking of a royal promise.” When Krakatoa exploded in 1883, local missionaries blamed the Dutch colonists.

The propensity to blame others for natural events can even lead to violence. When a “little ice age” caused harvests to fail in the late 1600s and early 1700s, there was an upsurge in witch trials across Europe. In one German town, 400 women – mostly poor widows – were killed in a single day. In modern-day Tanzania, the pattern holds: more extreme weather conditions increase the number of witch murders. Other research has shown that black lynchings in the United States were more frequent when land and cotton values fell.

In 2010, my colleague Paul Burke and I analysed the impact of bad weather on democratic change. Analysing data for 154 countries over the past half-century, we found that temperature and rainfall shocks reduced economic growth, which in turn increased the likelihood of a transition from autocracy to democracy. When poor weather causes an economic recession, the chances of a dictator being ousted are three times as high. Other researchers have found a link between regime change and floods, earthquakes and windstorms.

If you’re running for re-election, pray for wet and cool. If you’re attempting to unseat a government, hope for dry and hot. Weather that boils the blood seems to make for angry voters. Interestingly, the effects don’t seem partisan – what matters is the party in power, not its ideological complexion. This contrasts with evidence for countries with voluntary voting systems, where progressive parties (such as the US Democrats) find it harder to get their voters to the polls if it rains on election day. In Australia, weather matters, but through its impact on the national psyche, rather than because it affects turnout.

We tend to think it unfair that governments should be punished for sun and drought. But when it comes to economic performance, most people would regard it as reasonable to penalise governments that have presided over recessions. And yet for a small economy enmeshed in a global system, a serious slump can be as much out of your control as a shark attack.

If we regard world growth as luck, and national growth (relative to world growth) as competence, this result suggests that voters give twice as much weight to luck as to competence. When you think about it, this doesn’t make much sense. Why do Belgian voters reward their government when the world economy is booming and punish their government when the world economy is in a funk?

The same failure to benchmark can be seen in state elections. Australian expatriate economist Justin Wolfers has shown that state governors in the manufacturing heartland of the United States are more likely to be re-elected when oil prices are high, and more likely to be turfed out of office when the oil price falls. Since governors have no control over the oil price, this looks a lot like blaming the messenger.

From 1992 to 1995, six of Australia’s eight states and territories ousted their government. But in the early 2000s, state elections almost invariably saw the incumbent returned. The orthodox political narrative is that early 1990s governments led by Joan Kirner and Michael Field were incompetent, while early 2000s governments led by Steve Bracks and Peter Beattie were highly adroit.

When we bring luck into it, the picture looks different. Yes, the governments led by Bracks and Beattie were talented, but they had the great strength of governing at a time when the world economy was booming. And, sure, the Kirner and Field governments had their limitations (which doesn’t?), but we’re missing a significant part of the story if we ignore the fact that the world economy was in a slump in the early 1990s. During the 2006 South Australian election, prime minister John Howard told a radio interviewer:

One of the things I can do is point out immediately that during this election campaign, Mr Rann will undoubtedly say how strong the South Australian economy is and claim all of the credit. But most people, when they step back and think about it, realise that the strength of the economy is determined by national economic policy… And I would hope that South Australian voters would keep that in mind and put aside the more extravagant claims that are going to be made by Mr Rann during his campaign.

John Howard was half-right. During that period, the strength of the South Australian economy was partly due to national factors. But what he failed to tell listeners was that, in turn, the strength of the Australian economy was due to world factors. In fact, 2006 was a cracker year for global growth, and Australia was sharing in that success. Rann might have been fortunate, but Howard had been benefiting from the same luck for much of his prime ministership.

Economic luck has not been equally shared across the political spectrum. As journalist Laura Tingle points out:

It has been a truism of Australian politics for decades that the Coalition has traditionally been blessed with good economic luck, while Labor has tended to be voted into office just as things have turned sour: the OPEC oil crisis in the early 1970s in the case of Whitlam; the “banana republic” fall in the terms of trade, and subsequent sharp reversal, for Hawke and Keating; the global financial crisis for Rudd.

In more recent times, the pattern has persisted. As economics commentator Alan Kohler noted just before the 2013 election:

If the ALP loses this year it can count itself very unlucky indeed: the Rudd/Gillard/Rudd government will have exactly encompassed the second-biggest crash and world recession in history followed by the slowest, most difficult recovery. Compare that with John Howard, who, after winning that 2001 election, governed during one of the great economic booms in history, escaping into satisfied retirement twenty-four days after the stock market peaked.

As Kohler points out, Julia Gillard’s prime ministership almost perfectly coincided with a boom in the Australian dollar. The high dollar was partly driven by US monetary policy, and placed considerable stress on Australian industries such as domestic tourism and manufacturing. Gillard’s prime ministership would not have been trouble-free had the dollar been lower, but its rise certainly didn’t help. •

This is an edited extract from his new book The Luck of Politics, published earlier this month by Black Inc.