What I learned at Senate estimates

A first-time senator is fascinated and alarmed 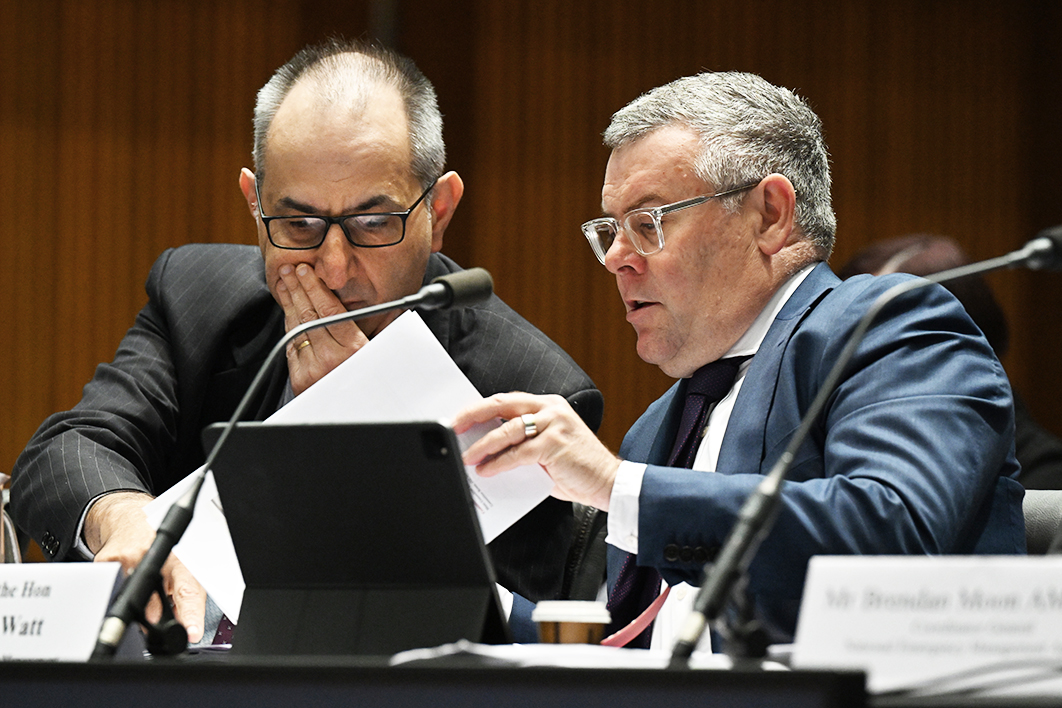 When I was a kid growing up on a Mallee farm my father used to calculate value in bales of wool and bushels of grain. That new dress: that much grain. It was a bit about frugality but a lot about value. He knew just how much sweat went into a bale of wool. Money was not to be squandered.

I thought of him and those bales last week as I sat through parliamentary hearings awash in billions of dollars. Scrabbling to monitor outlays that bloated during the pandemic I caught glimpses of a thinned-out public service with a wafer-thin capacity to evaluate the impact of all that spending.

Welcome to Senate estimates, where worth, value and accountability live on a different planet — a planet with a lot more noughts than most of us ever experience, and a lot less scrutiny.

I’m new to parliament and everything I have touched in the past four months has been new. The learning curve has been almost vertical and I have been clinging on by my fingernails. People I trust said I would love estimates. But they know more than I do, and as I nervously strapped on my calculator and worked through agency annual reports I found what I read both fascinating and alarming.

I’ve been a public servant and I’ve run government programs, some of them large. But government budgets have grown astronomically while the rigour of evaluation has withered.

Prior to the estimates hearings, in answer to questions on notice, I had received details of labour market programs worth millions accompanied by just a few paragraphs conceding there was no way to tell whether the spending had made any difference at all. A sizeable mainstream labour market program was run by one of the Big Four consulting firms: not as a strategic adviser — a role a consultant might reasonably be asked to perform — but actually running the program, probably at great profit. The evaluation was scant, to be polite.

Millions of dollars are allocated to private, for-profit employment agencies. How robust is evaluation? What are the profit margins and should they be capped? In a tight labour market, concern about these programs should be high. We know that unemployed people can be referred to the contractor’s own training providers, where they can be churned through short-term, insecure jobs. The chance of profiteering is very real. At the very least, high-quality providers need assurance that they aren’t in competition with the unscrupulous. At best, all public funds should flow to supporting citizens, not to corporate bottom lines.

The federal budget funnels very large sums directly into for-profit corporations providing childcare, aged care and employment services, among others. Dollars that might expand service provision are diverted to corporate profit on a scale that is large, far from transparent and poorly monitored. This is wrong.

Alongside this, we have too many fuzzy program goals, huge projected spending, and a lack of evaluation. Evaluation matters a lot in any government program: your next success is built on the lessons of your last. If you want to increase the proportion of women in male-dominated apprenticeships, for example — a rise that has been stalled for forty years — then you need to know what counts as a good goal, what works, and how much well-designed expenditure is required to get there.

More than a wing and a prayer will be needed to realise the Jobs and Skills Summit’s hope that more women will work in decent-paying, skilled jobs as we transition to an electrified future. What we have at the moment is a budgeted $100 million in apprenticeship subsidies that lack any target for women’s participation. This spending might be titled “The $100 Million Boys Own Electrical Adventure” given how few women are likely to see any of it. Our failure to use public funds to get more women into higher-paying, skilled jobs will lead to yet another decade of crocodile tears over the gender pay gap.

But this is small beer. I made my way to the finance and public administration estimates just in time to hear my colleague David Shoebridge’s questioning reveal a further $600 million in wasted defence funding as a result of the failed French submarine contract. This is on top of the $3.4 billion we knew had been spent on submarines we will never see.

That project had a goal of 60 per cent local content and came wrapped in promises of local jobs. When I asked how many local jobs that $3.4 billion had created in South Australia, and in Australia more broadly, and how much of the spending went to local content, the question was taken on notice. I look forward to the reply. Defence expenditure seems to live in a different galaxy: a galaxy far, far away from the one that most of us occupy.

There was more: $9.9 million spent on legal costs associated with establishing a nuclear waste dump at Kimba in South Australia — a dump opposed by the local Barngarla people, who have spent just $147,000 of their own funds in court in recent months trying to stop it proceeding. The federal Labor government has continued to accumulate legal costs to the tune of $50,000 a week. And there is still more: although the last federal budget allocated $60 million to expanding the nuclear waste storage facility at Lucas Heights, no one could tell me where the project is up to — surely with implications for when and whether we need a dump in South Australia.

And then there is the issue of accountability. Most of us would think Australians are entitled to know a little about where the Future Fund’s $250 billion (you read that right) is invested. But my efforts to find out how many of those dollars are invested in fossil fuels have been slow to bear fruit. It’s a fairly straightforward question, and one many of us ask of our own superannuation funds and banks.

At a previous Senate hearing an officer of the fund told me I’d asked the question in the wrong way and suggested we talk offline. But my attempts to do that went unanswered. I resorted to asking at estimates whether the fund had invested in any of the world’s fifty top carbon-polluting companies (answer: yes, eighteen of them, to the tune of $3.4 billion) or the top fifty gambling conglomerates (yes, six of them, to the tune of $313 million).

Should it be this hard for us to find out where our funds are invested? Is it okay for our own public sector agency to resist a senator’s reasonable requests for information about investments that directly damage our world?

Estimates can be a powerful democratic tool: a chance to ask questions about the spending and administration of government programs, to probe for waste, misallocation and ministerial misdeeds and expose them to disinfecting sunlight. Perhaps even to highlight good things done right. Estimates can also be a place of obfuscation, deferral and manipulation, not to mention ministerial protection and shouty argument.

I came out of estimates thinking that a lot of money is sloshing around in certain categories of government spending and not enough in others; and that we have to rebuild confidence in value — including a strong, strategic public sector with robust policy and evaluation capability. And that we need to stop the wasteful diversion of public funds to shareholder-driven companies when they should be performed by public workers.

Waste, profiteering, bad program design, lack of accountability, poor evaluation. A starved public sector, hollowed out and wounded. Over the past decade, we have squandered millions on marketisation and the overuse of consultants. It is a huge challenge to rein this in.

As a process, Senate estimates is a sturdy little outfit, running hard, occasionally swashbuckling, sometimes entertaining, opposed by vested interests and hardly dear to governments. Major parties can’t love it: past or future, they live in its firing line.

I find myself thinking of the knight in Monty Python: out-gunned and under-resourced, battling on even as limbs fall. Backed by the wounded and the whistleblowers, cheered on by those damaged by the state, the committee probes, ministers defend and chairs call time. We need more of it, but we already benefit from a process that even my father, I think, would call good value. •

Barbara Pocock has represented South Australia in the Senate since July. Her public service career included a period with the Reserve Bank, and she is an Emeritus Professor of Business at the University of South Australia.