What the ACCC thinks about journalism

Much has been written about what the regulator thinks of the big digital platforms, but what do its recommendations mean for reporting and analysis? 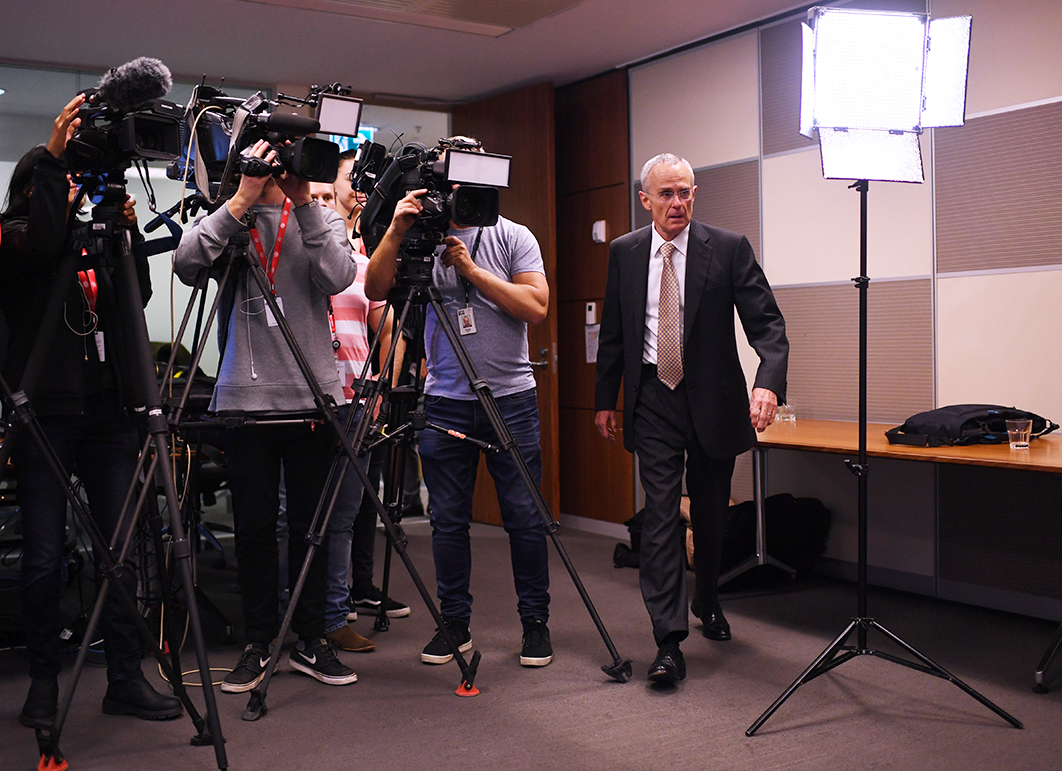 Once upon a time, if you stepped onto a train you could be pretty sure that most of the passengers would have their noses buried in newspapers. These days, commuters look at their phones. It’s a powerful example of how much digital platforms have become central to our lives. In all of our overlapping personas — friend, employee, audience member and citizen — they have become the means to our ends.

This means the Australian Competition and Consumer Commission’s report on digital platforms, released last week, is potentially one of the most important documents in our recent national history, with the potential to affect every area of life.

Whether it fulfils that potential will depend on the response of government, and of course the lobbying attempts of Google and Facebook, both of which will oppose much of the regulatory thrust despite this being the local version of inquiries and initiatives around the globe. Bringing these new and uniquely powerful players to heel will require an international lawmaking effort.

So far, media attention has focused on the business impacts of the report and the issues surrounding privacy. I want to focus here on what the report says about journalism. This, surely, is the aspect of the report that is most important to our role as citizens, the health of our democracy and the capacity of our political processes and system of government to meet the needs of the nation.

Significantly, in a first for a government agency, the ACCC declares that despite the fact that most journalism is produced by private businesses, this is an appropriate area for government action.

The ACCC’s research for this inquiry confirms that the number of journalists employed in print and online businesses (traditionally the main employers) dropped by 20 per cent from 2014 to 2018. More than one hundred local and regional newspapers have closed over the past ten years, and as a result, twenty-one local government areas have no press coverage. Swathes of suburban and regional Australia are now news deserts.

The digital news business models reward those who provide international and national news. Local news falls through the cracks. It’s now generally easier to find out what Donald Trump did last night than it is to find out what’s happening at your local school, why a local property development has been approved or what the story is behind that column of smoke on the horizon.

The ACCC says its data didn’t allow it to assess the impact on investigative journalism and on detailed analyses of issues. Other research suggests that investigative work is holding up quite well so far — old media businesses have protected it and the new, digital-only players are also investing in it. But it would be wrong to be complacent given that the crisis in news media business models continues to roll on.

As for articles analysing issues in detail, it’s hardly necessary to do the research. A casual comparison of today’s mainstream news websites with their counterparts fifteen years ago suggests it’s much harder these days to gain a grasp of important issues, including who is running the country, and how well or badly they are doing it.

This is not a matter of the digital delivery mechanism. It’s about how many journalists are employed, and whether they have the time and support to seek out and curate the facts.

What does the ACCC recommend government do about this? First, it suggests a top-to-toe review of media regulation, which is long overdue and broader than my focus here. It proposes measures designed to combat fake news and increase media literacy.

It also recommends “stable and adequate” funding for the ABC and SBS. In this, the ACCC echoes every inquiry that has looked at this issue. It’s past time for governments to pay attention. The public broadcasters should not only get more, but the funding should also be on a longer cycle to guard against political interference.

The ACCC doesn’t quantify the amount of extra funding necessary. For this, we will have to await the public release of the Tonagh efficiency review, the results of which are currently with the public broadcasters but yet to be more widely released.

The ACCC then moves on to consider a number of measures proposed in submissions — including some in submissions I had a hand in writing as a board member of the Public Interest Journalism Initiative.

It comes down in favour of a system of direct grants to local news services — rural, regional and suburban — with an emphasis on reporting of local government and local courts. This, the ACCC’s research suggests, is the area of most urgent need, though it anticipates the scheme may need to be widened in the future.

This system of grants would replace the existing under-subscribed and politically tainted Regional and Small Publishers Jobs and Innovation Package, which was established as a sop to then senator Nick Xenophon in return for voting through the last round of media ownership deregulation.

That scheme didn’t work — partly because the eligibility criteria were designed to exclude certain publishers. The Guardian Australia has claimed it was “stiffed” for party political reasons. Other problems included overly complex processes and the scheme’s emphasis on technological innovation rather than the simple business of employing journalists.

The ACCC’s recommended replacement would offer $50 million in grants a year, to be administered at arm’s length from government, possibly by a new statutory authority called Journalism Australia. The dollar amount isn’t large, but it is an increase on the existing scheme. Its potential impact can also be judged in another way: the ACCC estimates the current total investment in full-time equivalent employees producing journalism in Australia is approximately $600 million a year.

The ACCC also recommends that philanthropic donations to not-for-profit journalism enterprises be made tax-deductible. Media organisations, or arms of media organisations, would be able to register as charities. In the United States, philanthropy has significantly aided public interest journalism. There have been nascent moves here, as well, but if the ACCC recommendation is adopted we can expect a helpful boost.

Sadly, though, the ACCC did not pick up one of the potentially most transformative measures recommended by submissions — that investment in public interest journalism attract a tax rebate. This would be similar to the schemes that led to a revival of the Australian film industry decades ago.

In my view, the ACCC rejected this idea without sufficient consideration. Usefully, it estimated that a 25 per cent tax rebate would provide a benefit to media businesses (and a cost to the budget) of around $150 million a year. The cost could be contained using caps or limits on eligibility.

The Public Interest Journalism Initiative had argued that such a scheme would immediately increase the number of journalists in Australia, and thus the amount and quality of journalism. The ACCC concluded it would be too difficult to ensure the money would be used for public interest journalism, which it defined as “journalism with the primary purpose of recording, investigating and explaining issues of public significance in order to engage citizens in public debate and inform democratic decision making at all levels of government.”

The comparable film industry schemes, the ACCC pointed out, are project-specific, rather than aimed simply at making more films. The PIJI has already signalled it thinks the tax rebate idea deserves more consideration and research.

So how should we regard the ACCC report, thinking about it as citizens? It’s groundbreaking in clearly making the case, from the point of view of a usually dry-as-dust business-related body, that journalism is a public good, that it matters, that we have a civic crisis under way, and that there is ample justification for government action.

The recommendations are welcome, but more work is needed. If we want to continue to be effective, informed citizens we should be doing our best to follow what happens from here on — and hope that there will be enough journalists around to allow us to assess progress. •

First published in the Conversation. 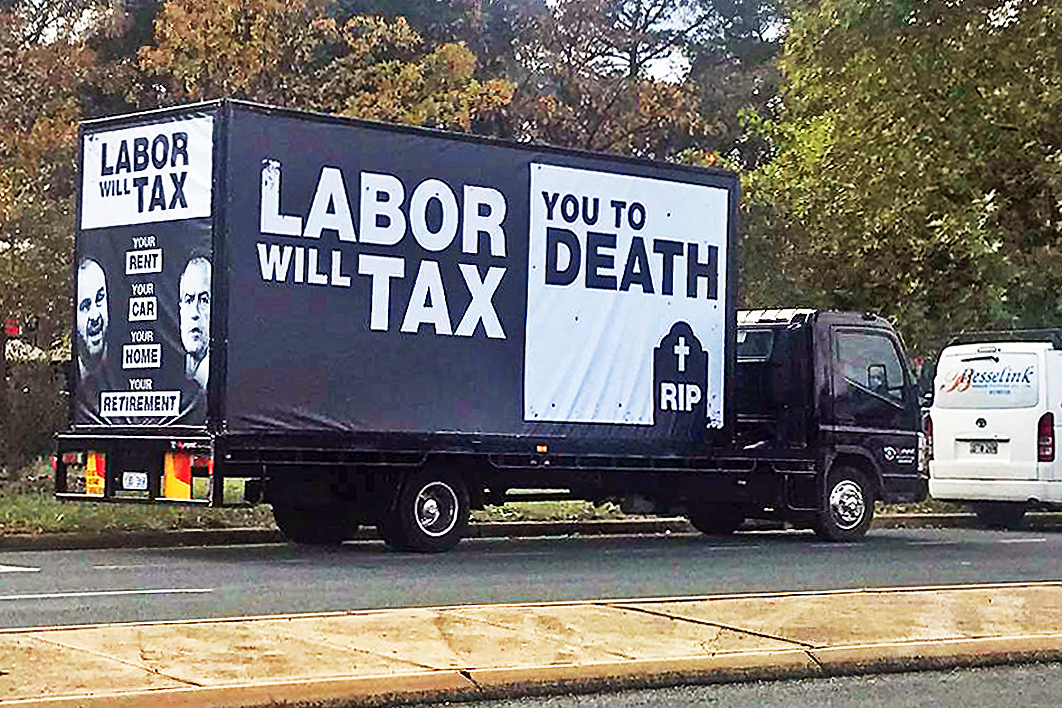