What will the economy look like on election day?

Politics will be shaped by economics at the next federal election 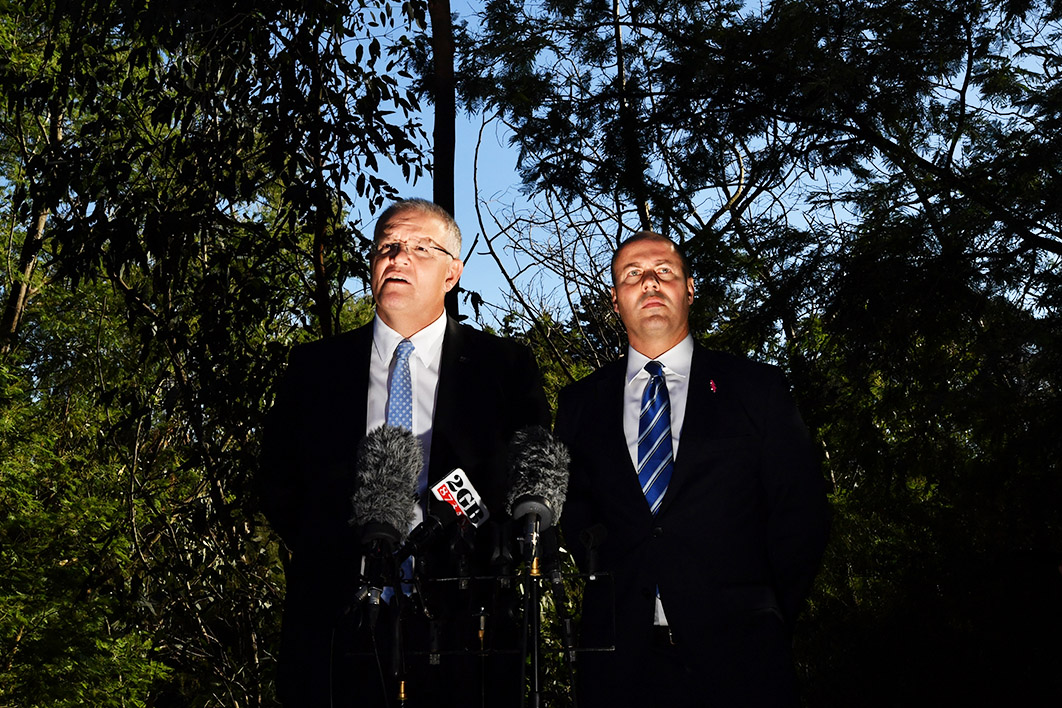 What does a recession do to your chances of re-election? We wouldn’t have a clue in Australia. More than half our voters were either below voting age or not even born the last time Australia had a recession.

Our American friends have much more experience, though, and the news isn’t good. Only one American president since 1900 (William McKinley) has been re-elected after a recession on his watch. The other four (Taft, Hoover, Carter and Bush Senior) all got the boot. This is bad news for Donald Trump, and bad news for Scott Morrison if it holds true Down Under. Scomo and Albo had better start tailoring their policies for the election-day economy.

Saturday, 3 September 2022 is the latest possible date for the next federal election (although most pundits expect it to be called much sooner than that). What would the economy look like if the government holds out till then? First, households will be hurting, and many of them will have been hurting for almost two years. Unemployment could still be as high as 9.5 per cent, according to the Reserve Bank, with stubbornly high underemployment and wage growth as low as 0.5 per cent. More than $34 billion of households’ superannuation savings will have been wiped clean while the $236 billion of mortgage repayments and business loans suspended during the pandemic will have come back to life. Inequality will be greater.

Businesses will be hurting too, and there’ll be fewer of them. The JobKeeper scheme, the suspension of Australia’s insolvency laws and the deferral of business loan repayments have protected many businesses from bankruptcy. All three will be gone, or at least substantially reduced, come election day. Many expect a wave of insolvencies to follow. The rate at which the Australian economy creates new businesses that employ people was weak before Covid-19 — falling a third since the early 2000s — a trend the virus will worsen.

The government’s balance sheet won’t look much better. It will be approaching, if not passing, the psychological threshold of $1 trillion of gross government debt. By July 2021, gross debt will have exceeded $850 billion, or about 45 per cent of GDP. This poses no economic problem, but it’s potent politics. With interest rates at rock bottom and a Reserve Bank unwilling to do much more, the two major parties can’t support the recovery and pay down debt at the same time, even if the latter were a good idea (which it isn’t).

It gets worse. All these forecasts, including that of a V-shaped recovery of GDP (implying growth at 4 per cent), are already out of date, and very optimistic. They exclude the impact of the Melbourne outbreak, and any further outbreaks between now and election day, and they assume that trade, immigration, tourism, international students, foreign investment and our relationship with China all return to normal. These are bold assumptions.

The national picture come election day is a gloomy one. But elections aren’t won on the national picture. They are won seat by seat and state by state. If the latest ABS data on state final demand are anything to go by, the states feeling the most pain will be Victoria and New South Wales (both down a whopping 8.5 per cent). Tasmania (7.3 per cent) and Western Australia (7 per cent) have also been hit hard. Queensland and South Australia (6 per cent) have suffered slightly less of a hit, while the Northern Territory (5 per cent) and the ACT (2 per cent) have fared relatively better.

Within states, it’s the inner suburbs where you’ll find some of the hardest-hit Australians. According to recent analysis by Carl Grodach and Declan Martin at Monash University, workers in the inner suburbs, particularly in Melbourne, have been most severely affected by the pandemic and associated lockdowns, and are stuck between job losses, reduced working hours and high rents. Those in the arts, recreation and education industries have had it particularly hard. And when it comes to demographics, look no further than women and young people — both have borne the brunt of increased unemployment and reduced working hours, while women have shouldered increased family responsibilities and suffered higher rates of domestic violence.

“Who do you trust?” is usually how politicians frame election decisions, but “who do you blame?” might be just as important for the next election. Polling by Essential suggests most Australians blame state governments and the private sector (such as aged care providers and cruise ship operators) more than the federal government. This is good news for Scott Morrison, provided it lasts.

But as the health impacts of the pandemic fade from focus, the next election will hinge on which party has the best plan for managing the economic fallout. A plan based on job creation and wage growth that targets women, young people, people from the inner suburbs and the industries that employ them will be a plan well tailored to the election-day economy. But a plan focused on cutting government spending and reducing debt and deficits — a plan that favours male-dominated industries and tax cuts for the rich while ignoring the services sector, young people, women and the inner suburbs — is a plan that hasn’t read the room, let alone the data.

The treasurer said in June that the next election would be about “spenders versus enablers.” With unemployment near 10 per cent and a population in prolonged pain, he’ll need to do better than that. •

What happens when we treat aged care residents as “consumers”

A resident of Melbourne’s Epping Gardens Aged Care Facility being taken away by ambulance in late July. Darrian Traynor/Getty Images 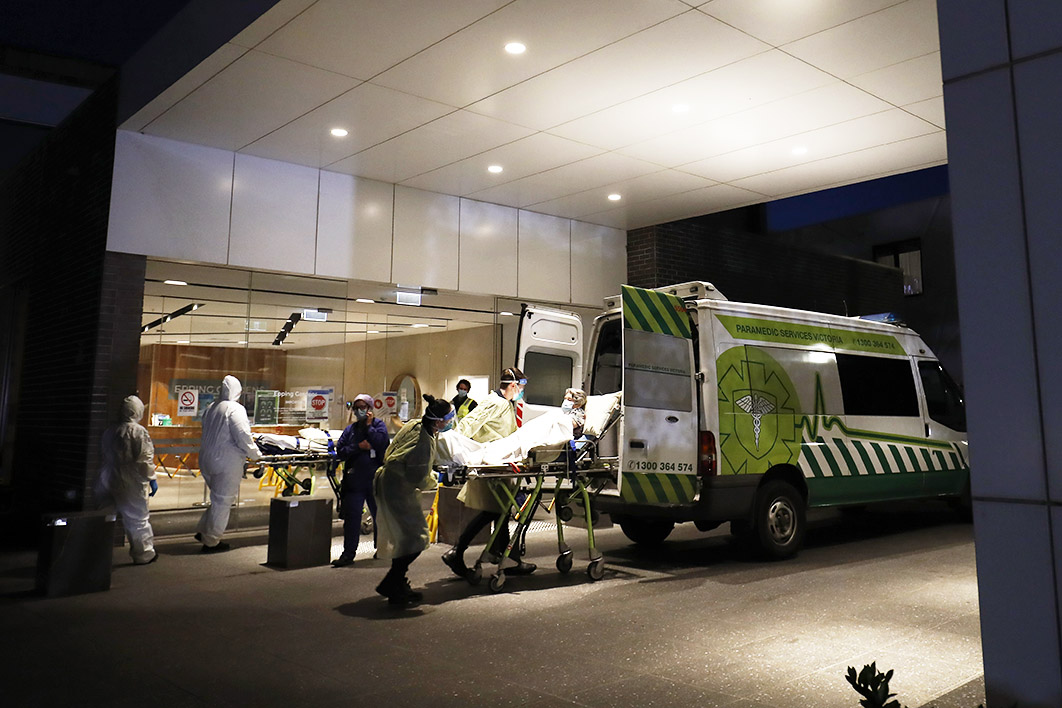 A resident of Melbourne’s Epping Gardens Aged Care Facility being taken away by ambulance in late July. Darrian Traynor/Getty Images