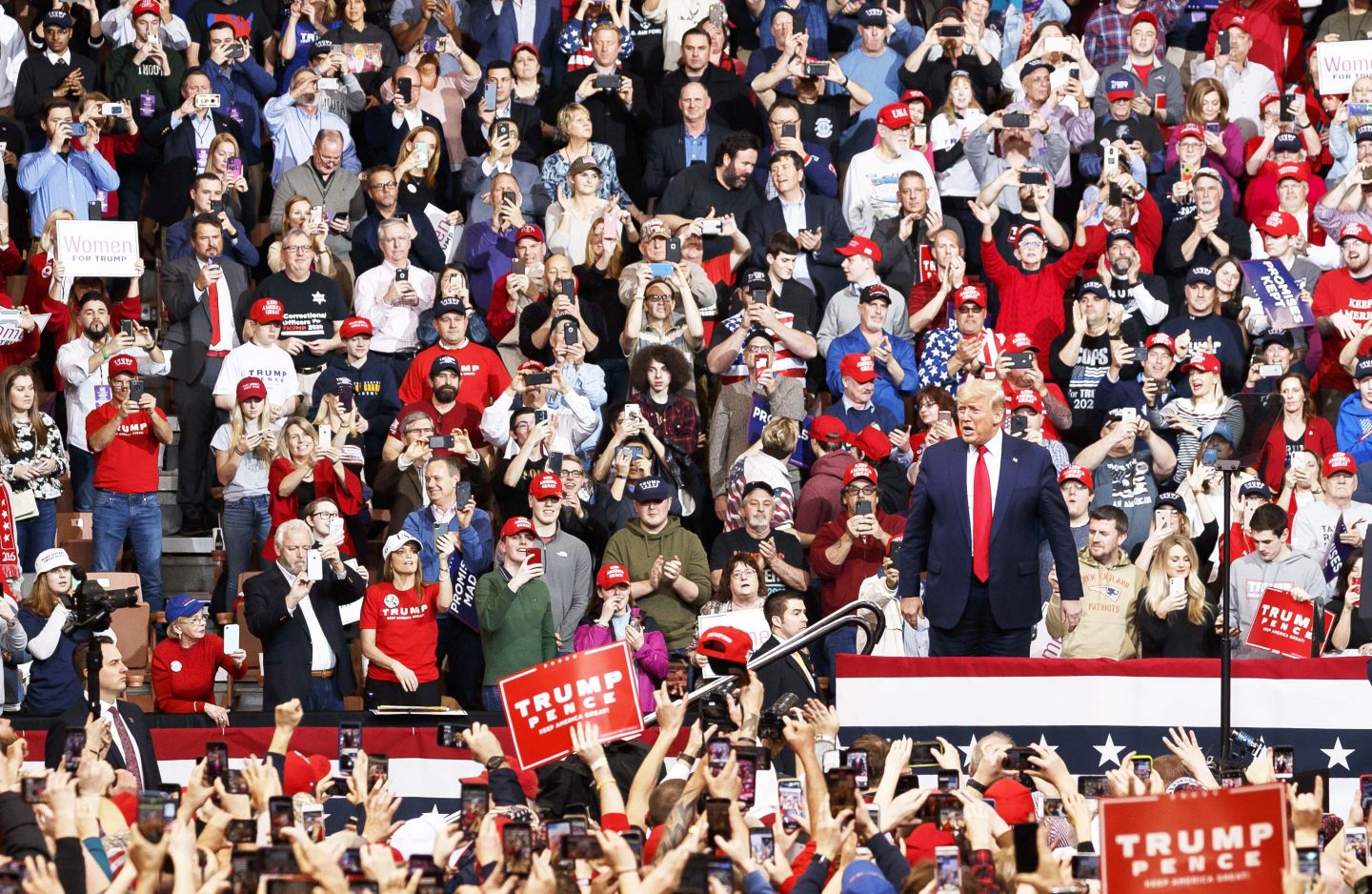 Either side of the Senate impeachment vote last week, we saw the president’s approach to this year’s presidential election on full display. And in the days since then we’ve learnt that he is willing to keep doing the kind of thing for which he was impeached if it will get him re-elected.

In his State of the Union address — relatively speaking, the high-road version of his case for re-election — he touted the economy, job creation, increased defence spending and warnings on immigration and Democrats’ socialist health policies, all with little regard for accuracy. Laced with reality TV–inspired moments of drama, the speech was designed to appeal to a range of voter segments (African Americans, those against abortion, military families, and fans of ultra-right-wing talkback radio) and highlight his complete control of the issues his supporters care about. Despite the impeachment process having split the country, sharpened the partisan fights in Congress and tested civic and constitutional norms, Trump made no gestures towards unity.

The Republican politicians listening in the chamber stood and chanted “four more years” and the majority-Republican TV audience watching loved it. Democrats’ reactions fell largely into two camps — the one exemplified by Nancy Pelosi (“He shredded the truth, so I shredded his speech”) and the one that fears the consequences of Trump’s ability to tailor his well-funded re-election bid around a strong economy and visceral appeals to his ardent supporters. The fears of this latter group were only reinforced by the Democratic caucuses debacle in Iowa and the fact that a strong presidential candidate is yet to emerge from the Democrat field.

Just two days later, after the Senate had voted to dismiss the impeachment charges, Trump launched his fightback in the East Room of the White House, surrounded by his enablers and supporters. Billed as a “celebration,” it was a vicious and vengeful performance. Driven by his ever-present sense of victimhood, his desire for revenge, and his obsession with re-election, Trump has been emboldened by his Senate acquittal.

He cursed, mocked and played the victim in what was described as a “festival of grievance.” House leader Nancy Pelosi was a “horrible person,” Adam Schiff (one of the House leaders on impeachment) a “vicious, horrible person,” the FBI leadership the “crookedest, most dishonest, dirtiest” people he has ever seen.

His White House audience laughed at his jokes and applauded his malice, highlighting and abetting the “new normal” in American political and ethical life. With all the adults having left the White House, as commentators have noted, no one who remains appears to be willing or able to curb Trump’s worst instincts.

The situation in Congress is little better. While a number of sitting Republicans (senators Lamar Alexander, Marco Rubio, Susan Collins, Rob Portman and Lisa Murkowski) made clear they believed the president was not innocent of the impeachment charges, only Mitt Romney was brave enough to vote on his convictions.

Their reward is for Trump to tell the world that their mild concerns about his behaviour constituted disloyalty. Those who ventured that Trump would never misuse his power again because he had learned his lesson have already been disabused of that idea. Romney’s act of courage changed nothing.

When Romney outlined why he voted in accordance with the oath he took to deliver impartial justice, he was excoriated by Trump, his colleagues and even his niece, who chairs the Republican National Committee. When Trump had National Security Committee staffer Lieutenant Colonel Alexander Vindman (who had testified to the House about Trump’s Ukraine call) marched out of the White House by security guards, Senator Graham justified this on the basis of an allegation that Vindman was part of a plot against Trump among FBI and CIA agents and justice department lawyers.

Trump’s “Friday night massacre” continued with his firing of Gordon Sondland, his ambassador to the European Union, who had testified that there was a quid pro quo linking American military aid to Ukraine’s investigation of Hunter Biden’s activities. Pompeo acquiesced to Sondland’s firing just as he had in the campaign waged by Trump’s lawyer Rudy Giuliani to have ambassador Marie Yovanovitch recalled.

Attorney-general Barr has gone to incredible lengths to ensure that the core truths about Trump’s 2016 election victory disappear. And now, just days after a request from Republican senators, the treasury department, which for years has fought all congressional subpoenas in an effort to keep Trump’s tax returns secret, has turned over financial records from Hunter Biden and associates. Meanwhile, the justice department has what is described as “evidence of questionable origin” about Hunter Biden obtained by Giuliani from Ukraine. Giuliani calls these documents a “smoking gun.”

We can expect much more of this. Trump is at his most consistent when it comes to getting even. Reports suggest that Trump was compiling a Nixonian “enemies list” — surely including John Bolton, Nancy Pelosi and Adam Schiff — even before last week’s final impeachment votes.

Donald Trump will be the first president carrying the stain of impeachment to run for re-election. Although that won’t bother his committed supporters, this is not a group that shows any signs of growing. Polling suggests that his recent efforts to reach out to African Americans, for example, have failed. (African Americans are deeply pessimistic about the state of the nation under Trump, but if he could win just a few extra percentage points of their support the election would be harder for the Democrats.)

Many worry that the Democrats damaged their chances in the House and Senate by proceeding with impeachment, and not a few party members now believe that denying Trump a second term could be far more difficult than they had calculated. But the broad national polling numbers suggest they might be unduly concerned. Trump’s disapproval rating is the highest of any postwar president at this point in the electoral cycle. Senators who voted to convict Trump represent eighteen million more Americans and received twelve million more votes than those who voted to acquit.

Can Democrats capitalise on this sentiment and turn out the votes to win? Already Democratic super PACs are targeting vulnerable Republican senators in Arizona (Martha McSally), Maine (Susan Collins), North Carolina (Thom Tillis) and Colorado (Cory Gardner). “We know you’re angry…” the mailout to voters says. Conservative New York Times columnist David Brooks proposes that the Democrats should argue that the time is right to take advantage of prosperity and begin the moral and social revival that so many Americans long for.

Much rides on who comes through as the Democrats’ presidential and vice-presidential candidates, not least because turnout and therefore House and Senate races will ride on their coat tails. In last week’s New Hampshire debate (ahead of that state’s primary this Tuesday), the candidates all talked a fine line about needing to work together to get Trump voted out of office, but these primary fights are as much about beating the others as about beating Trump. Standing above the fray, meanwhile, is former New York governor Mike Bloomberg and his spray of effective and expensive advertisements, frustrating his competition but untested by voters.

The real support the various candidates can gather won’t be exposed until Super Tuesday on 3 March, when fourteen states with more diverse populations than Iowa and New Hampshire (Alabama, Arkansas, California, Colorado, Maine, Massachusetts, Minnesota, North Carolina, Oklahoma, Tennessee, Texas, Utah, Vermont and Virginia) hold their presidential primaries. It remains to be seen whether some candidates who might do well in these states can survive the public scrutiny and financial pressures of the next few weeks.

National polls obscure the local issues. Despite Trump’s huge campaign chest, House Republicans are in the midst of a full-blown fundraising crisis. Pollster Larry Sabato (one of the targets of Trump’s weekend tweeting) sees the strength of Trump’s coat tails as very important for these congressional districts, especially as there has been an increase in straight-ticket voting and a waning of the power of incumbency. It’ll be a big job: to have a majority in the House, Republicans will need to win twenty or so seats that are currently held by Democrats.

For the moment, though, national and international attention is on New Hampshire. The Democrat presidential candidates are barnstorming the state, criticising their rivals’ policies and qualifications for the job. It looks like battles royal between Sanders and Buttigieg for first and second place and Warren and Biden for third and fourth, with Amy Klobuchar still potentially in the race. That’s interesting because Sanders and Buttigieg and Warren and Biden are not really competing for the same voters — those competitions are between Sanders and Warren (on the left) and Buttigieg, Biden and Klobuchar (more centrist).

New Hampshire is regarded as a testing ground. Only a few delegates are up for grabs, but the media coverage is massive. Voter turnout is usually high after weeks of candidate scrutiny, many voters are independent, and the group as a whole is recognised as having a contrarian streak. Two other factors are important in weighing the results: the population of New Hampshire is 94 per cent white, and no Democrat who has won the New Hampshire primary has won the presidency since Jimmy Carter in 1976.

That’s why the Nevada caucuses on 22 February and the South Carolina primaries on 29 February — both of them states in which Hispanic and African-American votes will be important — will provide much more information about who will emerge as the potential winner/s on Super Tuesday.

Of course, Donald Trump is busy making sure it’s all about Trump. Ahead of today’s Democratic primary, which he has written off as a “really boring deal,” he held a rally last night in Manchester, New Hampshire. •

“Astonishingly original”: Aileen Palmer during her honours year in 1934. National Library of Australia 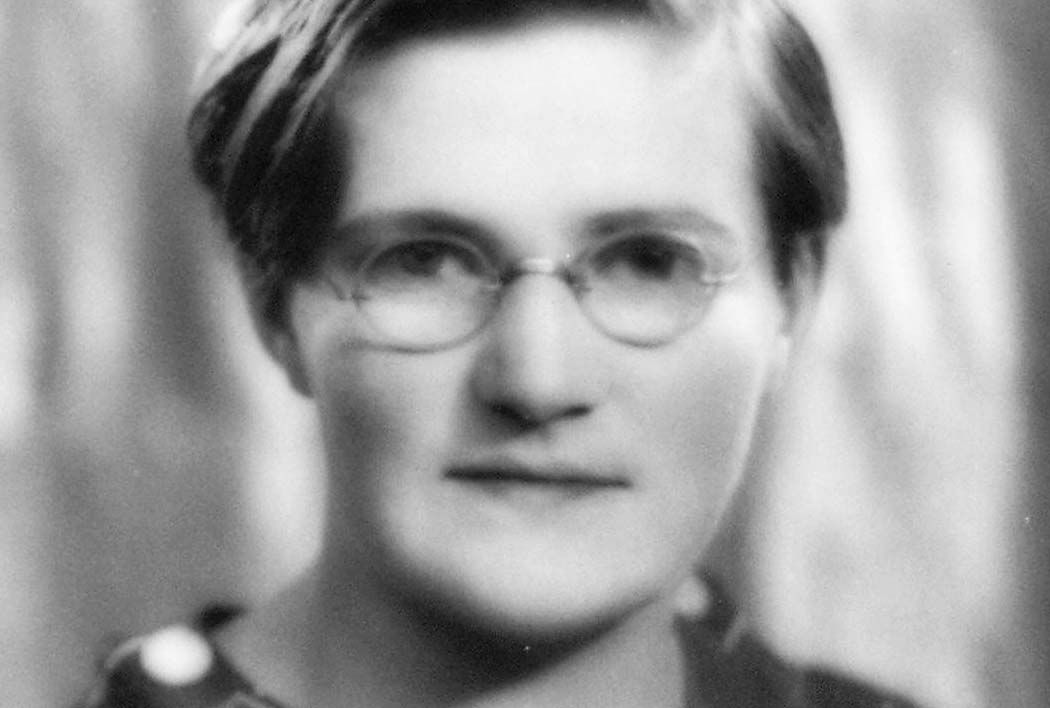 “Astonishingly original”: Aileen Palmer during her honours year in 1934. National Library of Australia