Diary of a climate scientist | This year’s El Niño could be a whopper, writes Sarah Perkins-Kirkpatrick, but we still don’t know exactly what weather the complex of influences will produce 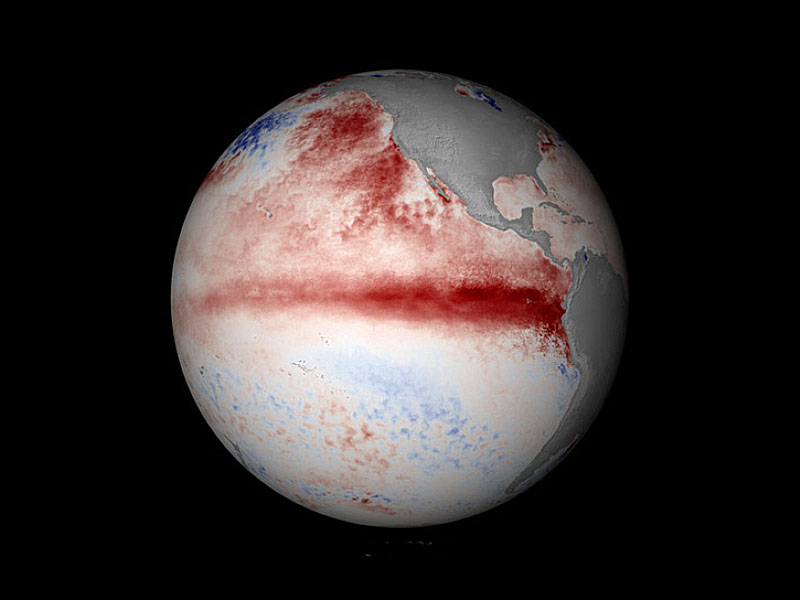 El Niño came early this year. By June, sea surface temperatures in the central equatorial Pacific Ocean had reached the critical 0.8°C threshold, and a weakening of trade winds over the same region was allowing a warm mass of water to become even warmer. Intense cyclones, hurricanes and typhoons during the Austral autumn and winter had reinforced the delicate yet fierce synchronisation of ocean and atmosphere. The comparisons with the whopper El Niño of 1997–98, the strongest on record, started coming thick and fast.

Over Australia, El Niño summers are commonly associated with droughts and high temperatures, especially in the north and east. Because the trade winds stop pushing warm water to the western side of the Pacific Ocean, the equatorial waters just off the northeast of the continent are cooler than normal. The absence of warm, moist and unstable air inhibits the formation of rain systems during the Austral summer. No rain means drier soils, which in turn means higher temperatures.

But El Niño’s impact isn’t always straightforward. In 1997–98, for instance, Australia fared relatively well. The two main physical indicators were strong, but our rainfall was only slightly below normal and temperatures were pretty much bang on average. The rest of the world was not so lucky – global average temperatures soared, fires burned in Indonesia and, with waters extremely warm in the eastern equatorial Pacific, intense rainfall and floods ravaged parts of the Americas.

In the physical sense, the current El Niño has some similarities with the monster of 1997–98. They are both textbook cases of the classic El Niño pattern, which features a tongue of anomalously warm water protruding westwards from the Peruvian coast. They share an extreme strength in the atmosphere and ocean, as measured by the Southern Oscillation Index and the NINO3.4 index respectively. And both events have associated with a positive Indian Ocean Dipole phase, or IOD. Typically, a positive IOD brings dry conditions to much of southern Australia during its active period of winter and spring.

Based on all this, what can we expect from the current El Niño?

Ever since the El Niño was declared way back in June, this question has been asked, often, of virtually every climate scientist. There’s the increased chance of droughts and higher temperatures, of course, particularly in the east, and my research colleagues and I have recently shown that severe heatwaves are also much more likely during El Niño–influenced summers. The maritime continent – the region between the Indian and Pacific Oceans including the archipelagos of Indonesia, Borneo, New Guinea, the Philippines and the Malay Peninsula – is more likely to dry out, bringing an increased risk of wildfire. And increased rainfall and floods are likely on the western side of South America and the southern United States.

But it’s difficult to go beyond broad generalisations like these, particularly many months in advance. Even when the physical set-ups of El Niños are similar, they may not play by the same impact-related rules. Not only this, but the onset trajectory and severity of regional effects can be subject to the behaviour of other important climate drivers.

Take Australia’s experience so far this year, for example. The effects of the early El Niño were initially counteracted by the behaviour of the Indian Ocean. Warm water off the coast of northern Western Australia produced good rainfall, which prevented drying and moderated the higher temperatures. But classic El Niño impacts are predicted over the next few months – high temperatures, lower rainfall, early bushfires – and parts of the country are already experiencing these phenomena.

Because of a rather rapid swing of the IOD to a positive phase, the Bureau of Meteorology has already revised its recently released seasonal outlook to indicate its expectation of the classic pattern. Unlike earlier in the year, the Indian Ocean is amplifying El Niño, though this could change again once monsoon sets in and the positive IOD ceases.

Many of the impacts of the current El Niño have already been felt in places where other climate processes haven’t muted the early onset. The maritime continent is already badly suffering, with a massive drought and food shortage in Papua New Guinea and out-of-control forest fires burning in Indonesia. Last month was one of the hottest Septembers on record, and there are pretty good odds that 2015 will be the hottest year on record. Mass coral bleaching episodes are predicted for large swathes of the Tropical Pacific. High rainfall over western South America is also expected.

As it matures, we’re getting a much clearer picture of the likely footprint of the current El Niño. There is a pretty good chance that this one will be a doozy, with detrimental effects splattered around the world. But will it actually beat its 1997–98 predecessor in terms of both physical strength and impacts? That will become clearer over the next few months. •

Sarah Perkins-Kirkpatrick is a research fellow at the ARC Centre of Excellence for Climate System Science, at the Climate Change Research Centre, UNSW Australia. She developed 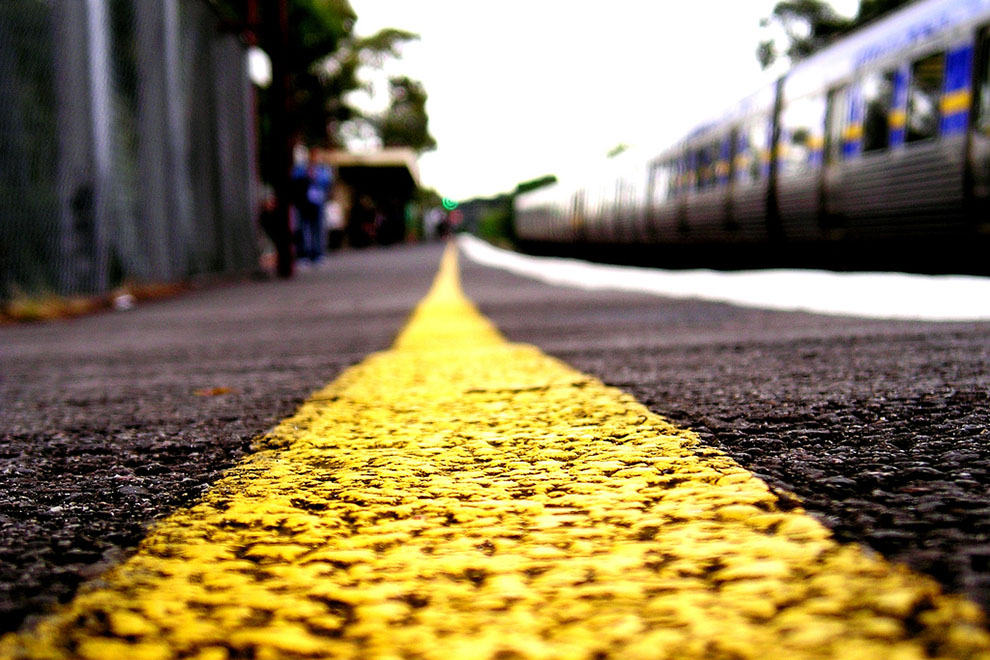