Where to for Gladys Berejiklian?

Three bad by-election results have increased the pressure on the first female Liberal premier of New South Wales. But an election is still two years away 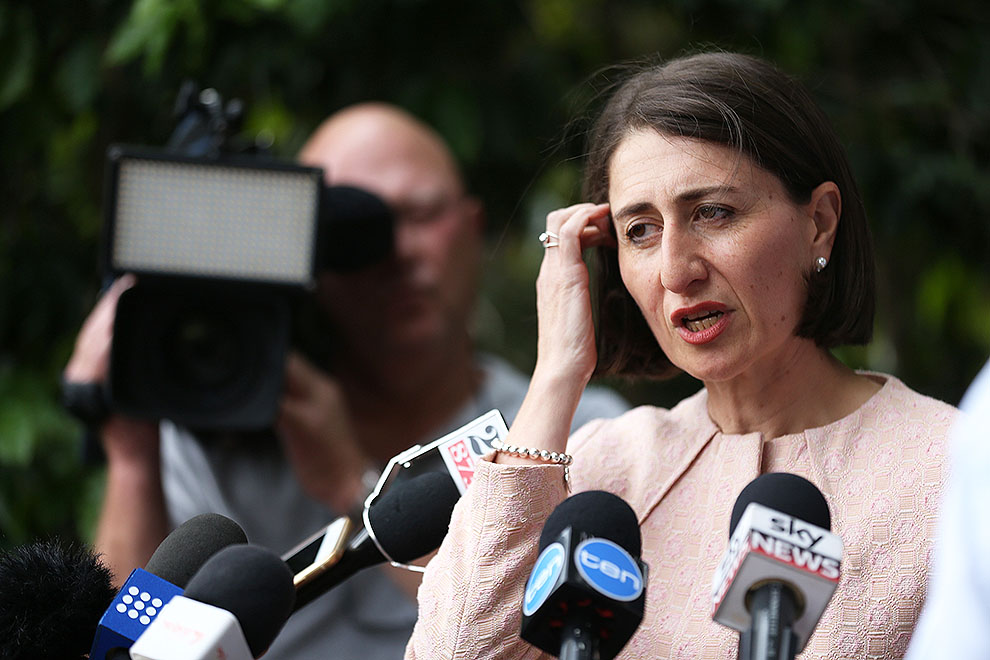 The early days in power of the first female Liberal premier of New South Wales, Gladys Berejiklian, and the state’s first female Labor premier, Kristina Keneally, have interesting features in common. Both lacked their own electoral mandate and inherited difficult political circumstances. Both appointed as ministers MPs better known for their factional clout than their administrative abilities, giving the impression they lacked authority. Both faced credible opposition leaders, Barry O’Farrell in Keneally’s case and Luke Foley in Berejiklian’s. Both were forecast by commentators to lose the first election they faced.

Berejiklian and Keneally also had to cope with damaging by-election results in safe seats. In June 2010, Labor lost Penrith in Sydney’s west on a huge swing, its primary vote dropping by half. Last Saturday, Berejiklian had a similar experience in the Liberal seats of Manly and North Shore, at by-elections triggered, respectively, by the resignation of Berejiklian’s predecessor, Mike Baird, and the petulant retirement of Jillian Skinner after she was dropped from the health portfolio. Both saw big first-preference swings against the government, 24 per cent in Manly and 15 per cent in North Shore, according to Antony Green’s latest figures. The Liberals narrowly held both seats, with the Liberal candidate for North Shore only getting across the line after large numbers of independent preferences exhausted (under the state’s optional-preferential system).

A third by-election was held in the Labor electorate of Gosford, triggered by the retirement of the sitting MP for health reasons. In what had previously been its most marginal seat, the opposition attracted a swing of 11 per cent on primary votes.

To add to the bad news for the premier, a Newspoll published in the Australian on 7 April had the government just barely ahead in the two-party-preferred vote, on 51 per cent. The “better premier” figures were more encouraging for Berejiklian, who led Foley 43–21. (Though it’s worth remembering that Keneally’s approval ratings were higher than O’Farrell’s, with little benefit to her party.)

So where to now for Berejiklian? There are good reasons to think that her career will prove more successful than that of her female predecessor, who led Labor to a massive defeat in March 2011. Keneally’s premiership was undermined from the beginning by the internecine bloodbath that brought her to office, and by her close association with now discredited Labor powerbrokers Eddie Obeid and Joe Tripodi. Berejiklian had a relatively smooth transition, although Baird did her no favours by resigning from parliament rather than toughing it out on the backbench like O’Farrell.

Berejiklian inherited less of a poisoned chalice than Keneally. The government certainly had an awful 2016, but there are signs the damage is not terminal. While the Manly and North Shore by-elections were strong indications of dissatisfaction, the Liberals held on. A loss in one or both may well have fatally tainted Berejiklian. At least some of the swing can be attributed to disgruntled voters giving Baird a farewell boot in the backside. With the next election due in two years, the premier has time to regroup and recover.

The main negative, the ban on greyhound racing, has been resolved and Baird’s departure provided closure on an issue that is quickly fading from the electorate’s memory. Berejiklian astutely abandoned rural local government amalgamations, neutralising a major source of political pain. Given that a major factor in the by-election swing against the government was a backlash against council mergers, she would have been wise to do so in metropolitan areas as well, perhaps using recent setbacks in court as an excuse. But the merger process is now virtually complete and the premier no doubt hopes that the controversy will largely be forgotten by next polling day.

Time is on Berejiklian’s side in another way. By the next election, in March 2019, many of the major infrastructure projects the government is funding will be at or near completion. The huge war chest from Baird’s electricity privatisation will be available to fund further projects without losing economic credibility.

Another positive is the premier herself. She is not only decent, sincere and hard-working, but also an astute, battle-hardened political veteran who was a very effective shadow transport minister. In office, she demonstrated high-level administrative skill in the transport portfolio and as treasurer. Her challenge is to sell herself to the voters as safe, trustworthy and competent, and there are signs she is succeeding. In the 7 April Newspoll, 44 per cent approved of her performance and just 21 per cent were dissatisfied. The comparable figures for Baird at the end of 2016 were 35 and 50.

Baird was berated, to some extent unfairly, for being remote and out of touch. Berejiklian needs to work hard at convincing voters she is listening, particularly after the by-election reverses. One way she could do this is by taking a long, hard look at the Coalition’s small government and privatisation agenda. There is much evidence that the electorate is increasingly resentful of attempts to curtail services. Foley can be expected to exploit this as effectively as Bill Shorten has federally.

The weak links in her team are potentially a problem for the new premier. Her Coalition partner has also been through a disruptive time. It will be interesting to see how new Nationals Leader John Barilaro settles in. Berejiklian will need to manage simmering factional tensions in the Liberal Party and ensure good candidates rather than factional hacks are selected in key seats. The fluidity in the political situation and the fact that the government is at mid-term make prediction hazardous. At this stage, though, it seems that Berejiklian has a better than even chance of being the first female NSW premier to be re-elected. •

New challenge: Bashar al-Assad looks out over Hama, the city his father bombarded in 1982. Bruno Vanbesien/Flickr 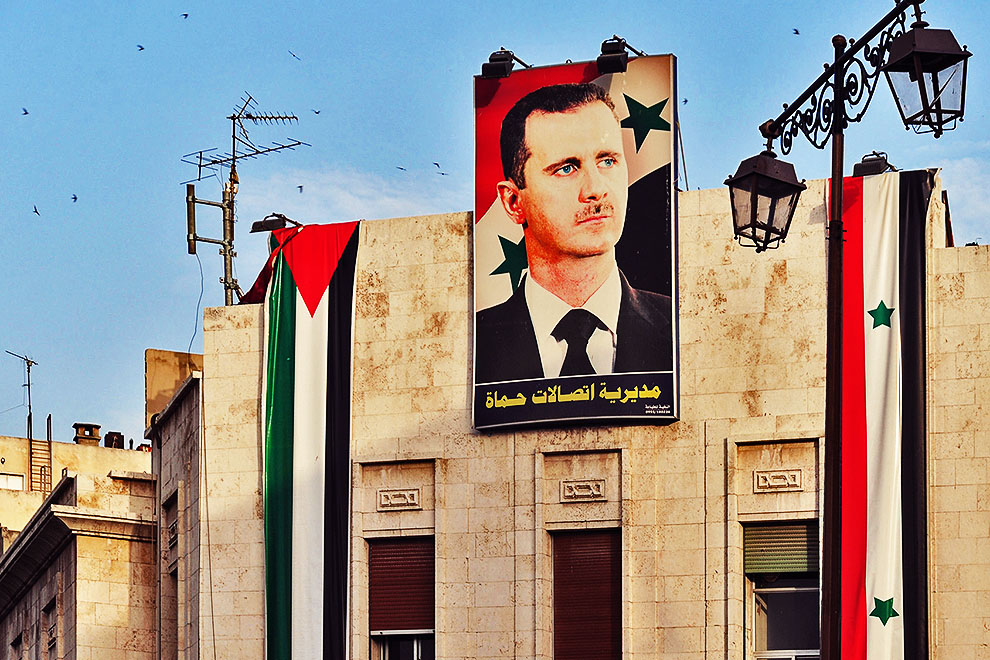 New challenge: Bashar al-Assad looks out over Hama, the city his father bombarded in 1982. Bruno Vanbesien/Flickr