It’s a question that might best be approached obliquely 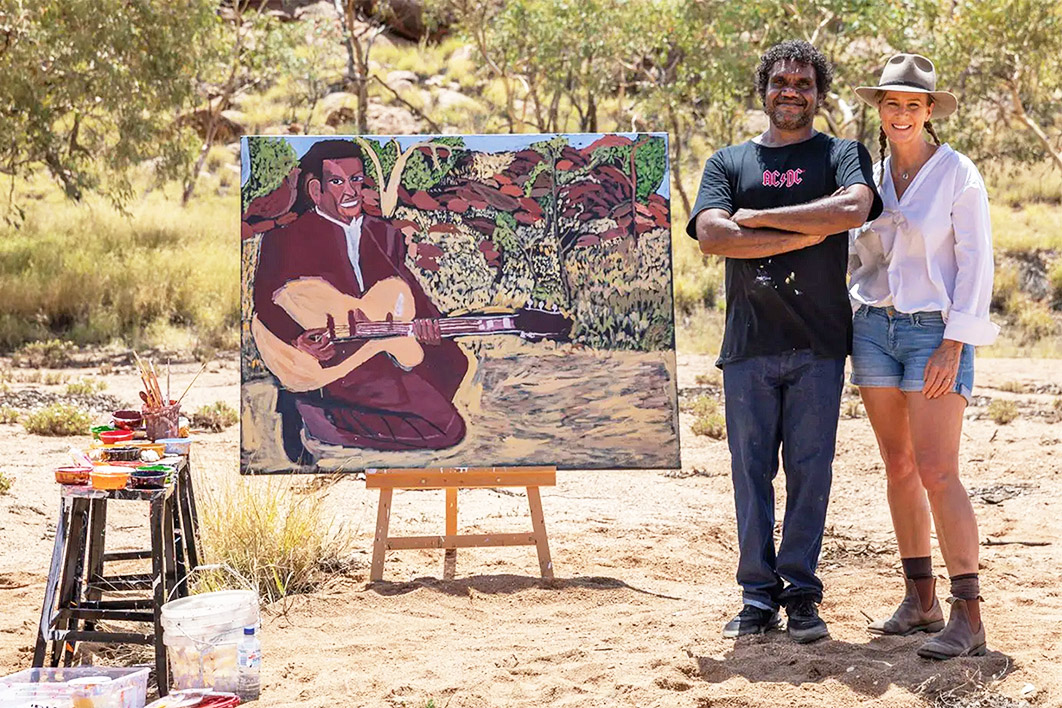 Handel’s aria, “All we like sheep have gone astray,” played quietly behind ABC 7.30’s report on the National Party leadership spill on Monday night. It was a subtly mischievous gesture to accompany images of the key players entering and leaving the critical meeting at Parliament House and to underline Laura Tingle’s astringent commentary.

In its dramatic setting in The Messiah, the aria is a commentary on the loss of leadership, though in this case the message is that the people are to blame. “We have turned every one to his own way,” runs the next line of the text, drawn from Isaiah. If we the people are in trouble, we may have no one but ourselves to blame, but who are we?

“It’s time to find out,” Annabel Crabb announced later in the evening, introducing Australia Talks, a ninety-minute feature on the results of a survey in which 60,000 people across the country were invited to respond to 600-plus questions about their attitudes, habits and opinions. Co-host Nazeem Hussain declared himself “so pumped to be part of this special event” as cheers went up from the studio audience and a graphic of bouncing coloured balls set the party mood. There would be none of Tingle’s astringency here.

And yet, as emerged from a series of live crosses to regional centres, many of the responses were far from happy. Forty per cent of residents in Rockhampton, for example, say they have difficulty making ends meet, and the young are especially hard-pressed. One young woman fights back tears as she says she can’t afford to rent somewhere to live and fears she may never be able to move out of her parents’ place. The trickle-down effect doesn’t work, says a train driver.

Fifty per cent of respondents say that capitalism has failed. Seventy-nine per cent think the gap between rich and poor is too big. Sixty-five per cent think that JobSeeker should be raised. Eighty-one per cent don’t trust corporate executives. As if to reassure viewers that no one was going to get too serious about such matters, live-cross host Nina Oyama did a brief stand-up on the theme of capitalism at a Rockhampton club; then it was back to the studio for some fun facts about our sex lives and personal habits.

No doubt the bubbly atmosphere was a careful programming decision: halfway through a second year of intermittent lockdown and social distancing, perhaps it was fair enough to use the survey as pretext for a show that accentuates togetherness and fun. And it should be acknowledged that its findings are being featured elsewhere, including in snapshots of the data from Casey Briggs on ABC News.

Yet the program came across as over-hyped and confused. Contradictory findings — majority concern about economic inequality versus an overall satisfaction with the state of the nation, for example — were ignored. Glib studio banter risked making light of the obvious distress of some interview subjects.

The announcement of the number one issue on which we all agree (“Da-ra!”… “Are we all pumped?”) led to tougher perspectives. Ninety-eight per cent of us think politicians should resign if they are found to have taken a bribe. Ninety-four per cent think they should resign if they lie to the public. Crabb made an awkward attempt to shift to a more urgent register. “In many ways Australia Talks is a cry for help and for more accountability from politicians,” she said.

Fifty-six per cent of respondents think politicians are often corrupt; 72 per cent think they get away with it. Eighty-eight per cent support a federal corruption watchdog. Barrie Cassidy, appearing in a video segment on the theme of trust in politics, said the public should be pushing for the watchdog. “Make them nervous and that might just change behaviour,” he urged, striking a note of moral seriousness that the program as a whole signally failed to sound.

The appearance of John Howard for the concluding section did nothing to help in this regard. If the responses in the survey are to be taken seriously, it was bizarre to call for a warm welcome to the prime minister who so consequentially traded on fake news about weapons of mass destruction and refugees throwing their children overboard.

Like any such attempt to gauge public opinion, the survey behind the program is open to criticism for its methodology. And we should always be wary of attempts to translate pollsters’ respondents into “us,” or Australians in general. For a more circumspect consideration of who “we” are, viewers can turn to Rachel Griffiths’s three-part ABC series Finding the Archibald, which delves into the hundred-year history of the national portrait prize.

Using the medium of portraiture to focus on how we see ourselves needn’t entail any attempt to come up with firm answers. In fact, Griffiths’s explorations serve to deepen the enigma of identity rather than resolve it. Perhaps there is an analogy with the way a good actor works: Griffiths has no need to indulge in flamboyant vitality in order to draw us into the genuine curiosity she so evidently feels for the work of the painter.

As a motif for the series, she takes on the challenge of finding the one painting that, above all others that have been in contention for the prize, represents the face of the nation. It’s a chimera, of course, but she redeems her quest by making it all about the uncertainties and shifting criteria of judgement.

Here she is helped by curator Natalie Wilson, who has the task of selecting one hundred portraits from some 6000 Archibald finalists for a centenary retrospective at the Art Gallery of New South Wales. As we look at some of the paintings Wilson has already identified as key works, social and aesthetic transitions are starkly visible.

The search for the one painting involves moving through a forest of exploding criteria. As a form of social enquiry, it’s a scoping exercise with requirements that echo those of a good demographic survey. Painters and their subjects must be considered across ethnicity, gender, age, location and employment.

And then there is the range of styles and approaches taken by the painters, many of whom have sought to flout the conventions of portraiture and test the adjudicators. Ultimately, the work must itself be the determinant. “You have to look and look and look and look,” advises Ben Quilty, who has recent experience on the judging panel. “A good portrait is way, way more than a likeness.”

If we, like sheep, have gone astray, it may indeed be time to take a good look at ourselves. One hundred years of the Archibald, with all its controversies, could test our preconceptions about what we will see. •

What lessons can be learned from the increase in news consumption and trust in the media at the height of the pandemic? 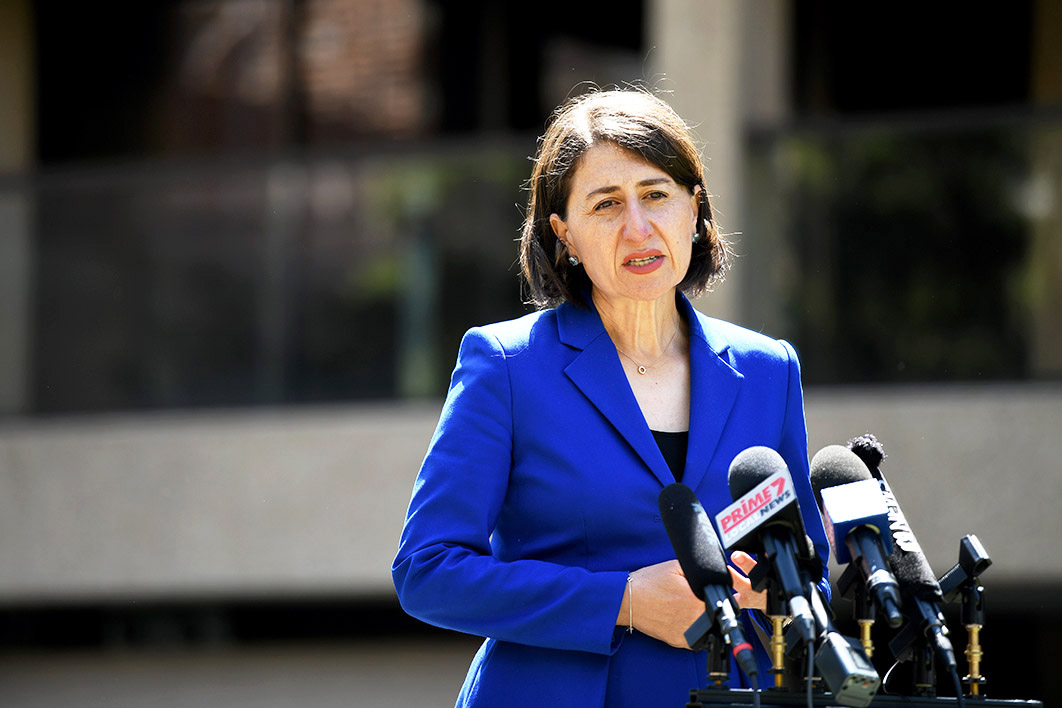