Who’s losing their base?

When “Howard’s battlers” defected from Labor in 1996, political commentators shifted their focus to Sydney’s western suburbs, writes Peter Brent. But what if the whole idea was founded on a misreading of the data?

Among the battlers: John Howard at Briar Road Public School in the western Sydney suburb of Airds in 2002. Mick Tsikas/AAP Image 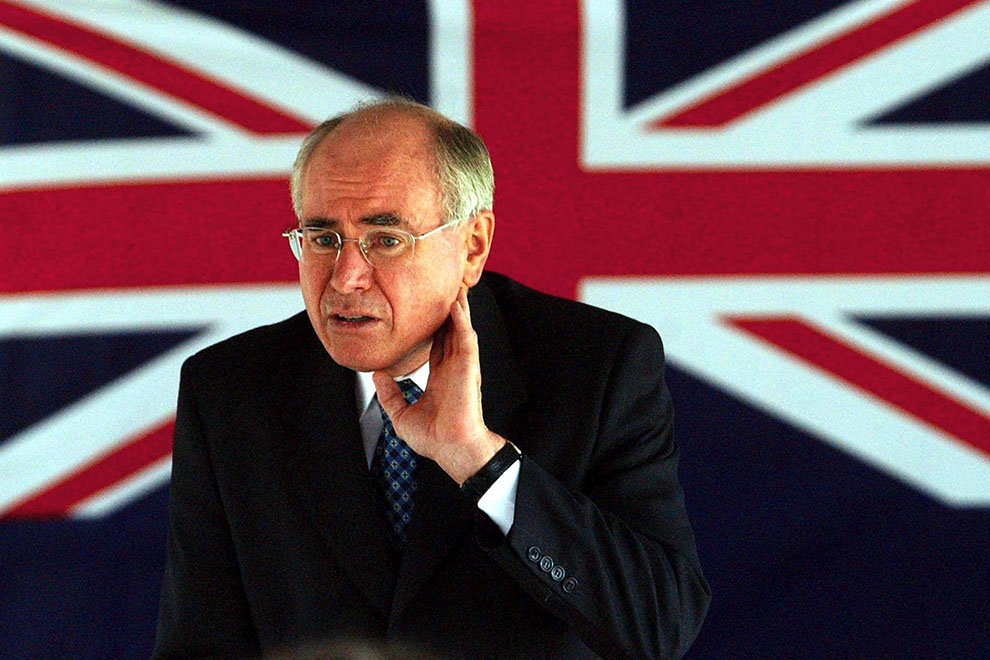 Among the battlers: John Howard at Briar Road Public School in the western Sydney suburb of Airds in 2002. Mick Tsikas/AAP Image

The spectre of a major political party “losing its base” is popular in political commentary. It’s usually applied to the Labor Party, but in recent weeks, with the Abbott government remaining stubbornly behind in opinion polls, it has been wielded against the Coalition.

One version appeared after the Howard government was elected in 1996. The vital contribution of “Howard’s battlers,” a group of working-class people attracted by the Liberal leader’s social conservatism and repelled by Labor’s preoccupation with inner-urban elites, became an article of faith. Part of Labor’s base seemed to have shifted to the conservatives.

The analysis was mostly built on a pea-and-thimble trick: comparing voting patterns at elections won by the Coalition with those won under Labor leaders Bob Hawke and Paul Keating. It’s hardly surprising that the Coalition won many seats in 1996 that Labor had held between 1983 and 1993: this is the very definition of winning power. A meaningful comparison would have looked to an earlier period of Labor opposition, for example under the Fraser government.

On the basis of this faulty reasoning, an awful lot of fuss was made about Parramatta and Lindsay in Sydney’s west, both taken by the Liberals in the 1996 landslide and cast as emblems of an electoral sea-change. Lost in the fine print was the fact that Parramatta had been held by the Liberal Party and its conservative forebears for around three-quarters of the period since 1901. Yes, Lindsay had always been held by Labor, but it had existed only since 1984. In reality, it is a classic outer-suburban middle-income swinging seat, likely to go to whoever forms government, which indeed it always has over the past three decades.

The “losing the base” narrative has received a boost more recently from big conservative victories at state and territory level, including massive swings in New South Wales in 2011 and Queensland in 2012. As is the way with electoral commentary, observers found various ways of describing the same thing. It was the biggest win on record. Not only that, but the winning side took seats they never had before. Furthermore, Labor lost seats it had always held at earlier elections.

As invariably happens after a landslide, much was also made of the fact that the biggest swings were inflicted in safe seats. But mathematically that is exactly what we should expect.

Take the NSW election, for example. The statewide two-party-preferred swing of 16.5 per cent took Labor from its 2007 vote of 52.3 per cent to 35.8 per cent in 2011. Ignoring changes in the electoral roll, this means that 31.5 per cent of people who voted for Labor in 2007 – or almost a third – switched their vote to the Coalition four years later. If we apply that proportion to every electorate, we get the biggest swings in the Labor electorates with the biggest margins.

Labor’s safest seat going into that election was Lakemba, on a margin of 34 per cent. (Labor received 84 per cent of the two-party-preferred vote in 2007, that is.) And 31.5 per cent of that figure would produce a swing of 26.5 per cent, which is almost exactly what it was, 27 per cent.

At the other end, the Coalition’s safest seat was Pittwater, where Labor’s 2007 vote was 20.2 per cent. The expected swing there (using 31.5 per cent) would have been 6.4 per cent, though in actuality it was a bit lower, at 4.7 per cent.

Of the ninety-three Legislative Assembly electorates in New South Wales, twenty-one are classified as “Sydney western suburbs” by the ABC’s Antony Green, and all were held by Labor before 2011. The average 2007 vote across those seats was 65.8, from which the expected swing would be 20.7 per cent. In March 2011 it was a bit under that, 19.3 per cent.

Although the big swings in western Sydney fed a “losing the heartland” narrative, that part of the state remained as pro-Labor, relative to the rest, as before. It retained nine seats there, just under half its statewide haul of twenty. The real drama was in the size of the statewide swing and the historically one-sided result.

Around a decade ago, when the Howard government was in office, the big state results went the other way, to Labor. Some of them, in Victoria, Queensland and South Australia, constituted record-breaking results. Record results mean some people who had always voted conservative threw their support behind Labor for the first time.

So the real story is the change between then and now, most dramatically in Queensland and New South Wales. Why the volatility? It’s because the proportion of Australians who will always give their vote to one side of politics or the other, before or after preferences, has been shrinking over the decades and the trend shows no sign of reversing. Larger numbers of voters are simply unattached to either side and are likely to sway with the electoral breeze. It means potentially more one-sided election results.

What seems puzzling is that while we’ve seen some huge swings at state and territory level, the same thing hasn’t happened at federal elections. This is partly because state components of the vote partly cancel each other out – as happened last year, for example, with the Coalition’s best and worst states, Western Australia (58.3 per cent support) and Victoria (49.8 per cent). But state results at federal elections have not been as lopsided as state election results.

To use New South Wales as an example again: the 64.2 per cent Coalition 2011 vote has not been remotely approached federally. (The federal Coalition’s 54.3 per cent NSW vote last year was its best since 1966.) This suggests that party loyalty is a bigger factor at federal polls than state and territory ones.

Why? Well, labour versus capital is not the big ideological divide it once was. In policy terms, little now differentiates the two sides. The major parties’ original reasons for existing have largely disappeared, but thanks largely to institutional inertia they continue to share centrestage. The nature of the Australian electorate is very different from half a century ago. Labor relies more on a migrant vote than a small and shrinking “working-class” one.

“Losing the base” stories have it the wrong way around. A better idea of the “base” is those people who stick with a party when the electoral tide is out. The number of rusted-ons is depleting – for both sides.

This leaves at least two known unknowns for the future. Will those humungous state results – two-party-preferred outcomes wider than 60–40 – start appearing at the federal level? The last time we saw such a result, in 1943, it was accompanied by the disappearance of one major party, the United Australia Party.

That raises the second question: will the peeling away of support eventually mean the end of the two-party system? If it does, which of the major parties will it claim first? •