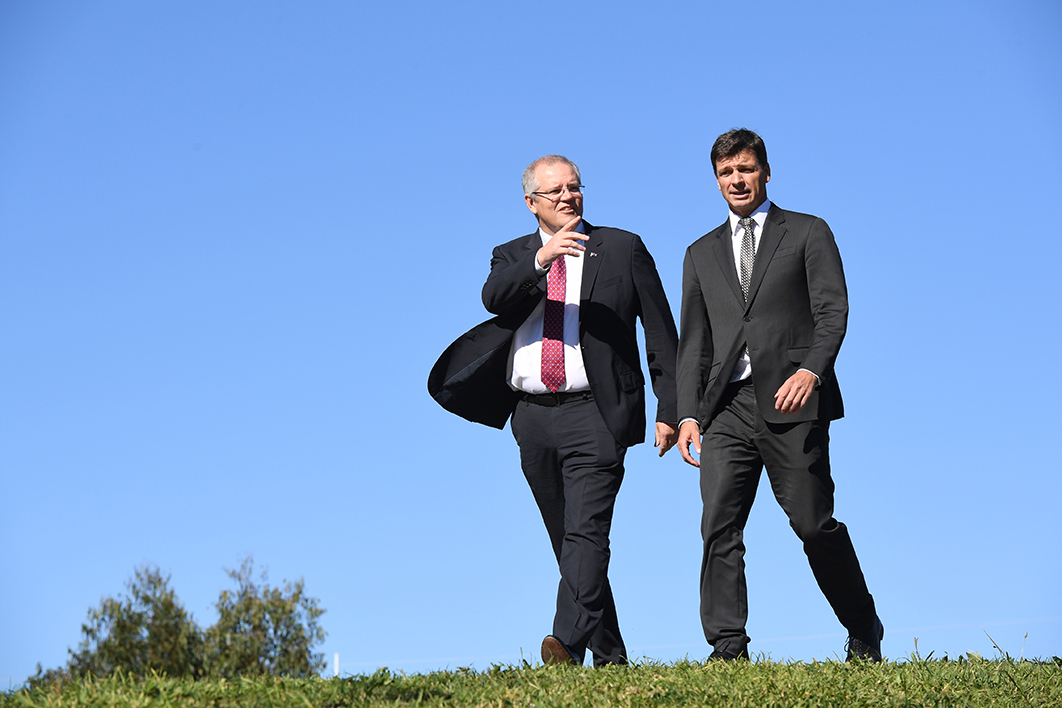 Two months ago, Scott Morrison gave his best impression of being fair dinkum about climate change.

Snowy 2.0 would deliver round-the-clock renewable and reliable power, he declared. A second interconnector between Tasmania and Victoria would unlock the “battery of the nation” to supply more zero-emissions hydro power to the mainland. The Coalition would spend $2 billion over ten years to buy more emissions reductions. New initiatives would promote energy efficiency among households and, wait for it, a national strategy would encourage electric vehicles.

For a moment it looked as though he was responding to public sentiment, in the shape of polling showing rising levels of concern over climate change.

But ScoMo’s attempt at catch-up was soon overwhelmed by the visceral urge to mount another fear campaign against Labor. The idea was to label Labor as extreme on climate change, but in the process the PM sent a different message — a message about a Coalition that is dragging its heels on climate change and doesn’t believe in its own policies.

The problem for the government is that, for anyone who cares to take a look, the main elements of Labor climate change policy are conservative — literally. Or, as Tony Wood of the Grattan Institute puts it, “Labor is basically proposing to take the Coalition’s policy vehicle, put its own badge on the bonnet, and then drive it faster.” It has adopted the Coalition’s safeguard mechanism, under which the biggest polluters have limits placed on their emissions, but made it tougher. It has promised to introduce the national energy guarantee adopted by the Turnbull government before the Coalition’s hard-right flank torpedoed it.

Other measures go further than the Coalition, including ending our unenviable status as one of the few remaining developed countries without a limit on carbon emissions from vehicles. But, overall, it is a less ambitious policy than the explicit, economy-wide price on carbon introduced by the Gillard government, even though the problem has become more serious and urgent in the intervening years. It ignores the need to phase out coal, despite the fact that — again in the words of Grattan’s Tony Wood — “the world must eliminate coal-fired power within about thirty years for any chance to meet agreed climate change targets.” Politically clever it may be, but that comes at the price of inadequate policy.

But this is an election campaign in which, as in war, truth is the first casualty. With Labor unwilling to say what its policies cost, the government has helped out with some figures on the burden for business: $13 billion, $26 billion, $35 billion — take your pick. The best that can be said for these numbers is that they are wild guesses.

The highest figure is based on an assumption that 50 per cent of the reduction in emissions under Labor’s policy would come from companies buying international permits at the highest possible forecast price. Bloomberg New Energy Finance, whose research was cited by the government, says $35 billion is “not a credible estimate.”

Providing access to international permits is intended to give business more flexibility in finding ways to reduce its emissions. Business has welcomed the policy for this reason. But if it is cheaper to cut emissions directly or offset them domestically, companies won’t buy international permits. How many they will buy is impossible to tell at this stage, since the companies themselves don’t know.

Either way, there will be a cost, whether it is absorbed by companies facing competition or passed on to consumers. The government’s scheme also comes at a cost — mainly to taxpayers. The one certainty is that the cost of not acting is much greater.

By the way, the Coalition actually thinks international permits are a good idea — or it did only a little more than a year ago. As it said in its review of climate change policies in December 2017, “The government supports, in principle, the use of international units.” The review acknowledged some uncertainty about the price and the quality of international permits — that is, whether they represented genuine reductions in emissions. But, it said, “access to high-quality international units will provide greater flexibility to business and government in meeting emissions reduction targets.” In other words, Morrison is criticising his own policy.

As he is in other areas. Together with trying to scare voters over Labor’s 50 per cent target for sales of new electric cars by 2030, the government jumped on Bill Shorten’s comment that it could take only eight to ten minutes to charge an electric car. That’s perhaps a little optimistic, at least for a full charge, but there are already charging stations that can do a full charge in fifteen minutes, and an eight-minute charge can take you 200 kilometres.

And, guess what, the Morrison government is subsidising them. In October last year, energy minister Angus Taylor announced that the government, through the Australian Renewable Energy Agency, would contribute $6 million towards a network of “ultra-rapid charging stations powered by renewable energy.” The ultra-rapid charge, he said, “will provide a range of up to 400 kilometres in just fifteen minutes, compared to a current charging time of several hours.”

Looking at the electricity industry as a whole in his 2017 review of energy policy, chief scientist Alan Finkel said his plan to achieve the government’s 26 per cent reduction in emissions would see 42 per cent of electricity demand met by renewable energy by 2030. The Finkel review, like so many other independent assessments, was a casualty of the Coalition’s internal climate wars.

But the government says it remains committed to the 26 per cent target and it is counting on the electricity sector to do the heavy lifting. Labor’s target of 50 per cent renewables is not much higher than Finkel’s estimate of 42 per cent under the Coalition’s policy. Certainly the difference is nowhere near big enough to justify Angus Taylor’s accusations about “Labor’s economic wrecking ball.”

Taylor epitomises the Coalition’s problems with climate change policy. A strong conservative, he is an ally of fellow Rhodes scholar Tony Abbott and is mentioned periodically as future leadership material. Like Abbott, he says he believes in climate change. But he has been a strong critic of wind farms. In 2013, shortly before he was elected for his first term as the MP for the NSW provincial seat of Hume, he described subsidies for wind farms as “economic lunacy and bad public policy.” He railed against “a massive, unintended policy failure” and “the absurdity of the economics of wind farms.”

His electorate, which covers much of the Southern Tablelands, is one of the three leading locations in Australia for wind farms, and more big projects are on the drawing board — all providing jobs and contracts for local businesses, and benefits to land owners and local communities. Asked whether his views had changed, he avoided the question, instead telling Inside Story through his office that the Coalition had a strong record on renewable energy but that the unprecedented growth in generation from wind and solar reinforced the need for the government’s policy of more investment in reliable 24/7 generation.

A hint that his underlying views remain the same is that he was notable by his absence at the opening of a new wind farm at Crookwell last November. You might well have expected the local member to attend such an event, especially if he is also the minister for energy. • 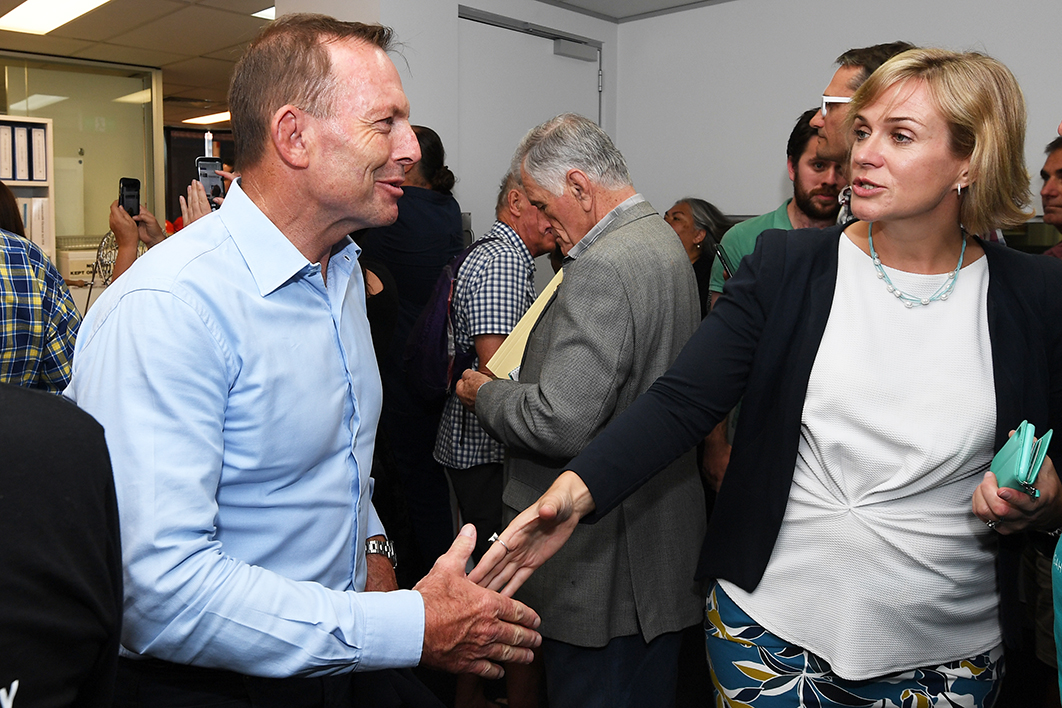