Why I changed my mind about super 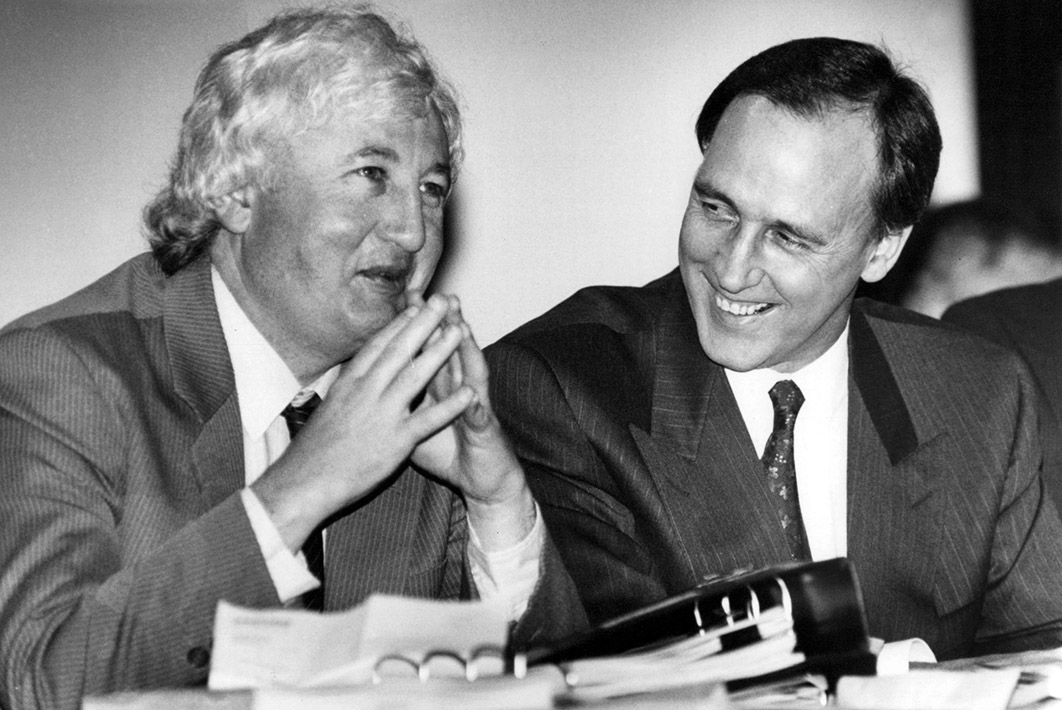 Every month over the past few years I’ve participated in a survey asking more than forty Australian economists to respond to a topical question and indicate how confident they are about their answer. These surveys were initially conducted by Monash University on behalf of the Economics Society of Australia, but more recently they’ve been run by the Conversation.

Last month’s survey asked participating economists whether they believed the legislated increases in compulsory superannuation contributions — set to climb from 9.5 per cent of wages to 12 per cent over the next five years — should proceed as planned, be deferred, or be abandoned.

If I’d been asked that question at almost any time since the increase was first proposed by the Rudd government in its response to the Henry review of Australia’s taxation system, I’d have said “yes,” unequivocally.

I’ve been a supporter of compulsory super since the Keating government legislated for the superannuation guarantee in 1992. I’ve never had any particular hang-ups about how the scheme gave unions a role in the management of superannuation savings that (in the eyes of some) is greater than warranted by their declining membership.

Apart from supporting the superannuation guarantee’s stated objectives of extending the benefits of superannuation (including very generous tax concessions) to a much larger proportion of Australians than those who had traditionally enjoyed them (mainly public sector employees and white-collar private sector employees), and reducing the proportion of retired Australians who were solely reliant on the age pension, I also supported the scheme’s expected contribution to lifting overall national savings.

For the first two decades or so of my career as an economist, the need to increase Australia’s national saving was seen as one of the most important policy challenges the nation faced.

Hence, for most of our existence as an independent nation, we have needed to “import” savings from overseas — by borrowing or accepting foreign equity investment — in order to make up the difference between what we want to invest and how much we’re willing to save.

The counterpart of that requirement for foreign savings has been the deficits we’ve typically run on the current account of our balance of payments, which reflect the fact that, more often than not, we have imported more goods and services than we have exported, and paid out more by way of interest and dividends to foreign investors than we have earned from our own investments overseas.

It was one of the main reasons why the Reserve Bank, with the endorsement (as was required in those days) of Keating as treasurer, pushed interest rates up to 17.5 per cent in the late 1980s, bringing on the “recession we had to have.” (It was only after the event that history was in effect rewritten to say that it had been all about “snapping the inflation stick.”) And after Vince FitzGerald’s report on national saving, commissioned by the Keating government, it became one of the main arguments for the superannuation guarantee.

So the “national saving” argument for increasing the superannuation contribution rate no longer applies. But that’s not the main reason why I answered the Conversation’s latest question in a way I wouldn’t have considered as recently as three years ago.

The main thing that changed my mind was a November 2018 report by John Daley and Brendan Coates of the Grattan Institute (where, I should mention, I worked between August 2009 and December 2011). In my opinion, Daley and Coates convincingly demonstrated that a superannuation contribution rate of 9.5 per cent was sufficient to guarantee the “average worker” a retirement income of more than 90 per cent of their working income — well above the OECD “benchmark” of 70 per cent.

They also showed, persuasively, that lifting the rate to 12 per cent would have two perverse effects. Many workers would face the prospect of having a higher income in retirement than they had while working; others, particularly lower-income workers, would see a net reduction in their overall retirement income because the higher income from higher superannuation savings would be more than offset by a reduction in the age pension to which they would otherwise have been entitled.

Brendan Coates, together with Grattan colleagues Matt Cowgill and Will Mackey, followed up that report in February this year with a working paper demonstrating that although superannuation guarantee contributions are formally paid by employers, at least 80 per cent of increases in compulsory contributions are passed on to workers in the form of lower wage rises than they would otherwise have obtained.

This is entirely consistent with the intentions of the founders of Australia’s compulsory superannuation system. When the ACTU, under the leadership of Bill Kelty, first pursued the idea of wider access to superannuation in the second half of the 1980s, it was partly meant as a “trade-off” for the wage increases the Hawke government was trying to restrain in order to prevent an acceleration in inflation. As Keating himself has since said, “the cost of superannuation was never borne by employers. It was absorbed into the overall wage cost… In other words, had employers not paid nine percentage points of wages, as superannuation contributions, they would have paid it in cash as wages.”

The Fair Work Commission explicitly took into account the last increase in the compulsory super rate, from 9 per cent to 9.25 per cent in 2013, when awarding a smaller increase in the national minimum wage “than it otherwise would have been in the absence of the super guarantee increase.”

In the years before the current pandemic, persistently slow wages growth had become a matter of increasing concern to policymakers. In a speech to a peak business group in June 2018, Reserve Bank governor Philip Lowe went so far as to say that “slow wages growth is diminishing our sense of shared prosperity” and, if it persisted, could “make needed economic reforms more difficult.”

And, of course, wages growth has slowed even more since the onset of Covid-19, and (as forecast in the government’s most recent Economic and Fiscal Update) it is expected to remain slow in the years ahead.

None of which is to deny that there are problems with Australia’s current superannuation system. In particular, it isn’t delivering for women, who retire with 47 per cent less superannuation, on average, than men. Given that the average woman lives five years longer than the average man, this means that women’s retirement income is far less likely to be “adequate” than men’s.

But no one has explained how increasing the super contribution rate to 12 per cent for everyone is going to deal with that problem.

And that’s why I answered the Conversation’s survey question about the currently legislated increase in the super guarantee contribution rate in the negative, and it’s why I expressed a relatively high degree of confidence in my response, something I don’t always do. • 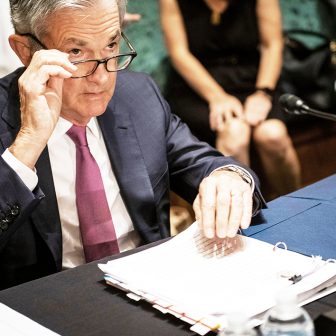 National Affairs Taper trouble Adam Triggs 31 August 2021 Developing countries could experience a wave of financial pain when the rich world lifts interest rates. But it doesn’t have to be that way 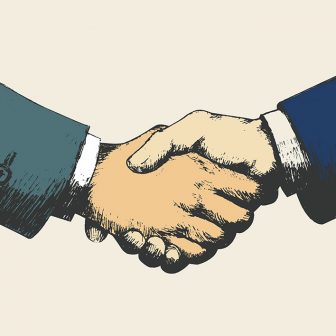 National Affairs The Covid boom we could do without Adam Triggs 19 August 2021 Mergers and acquisitions are booming, but their benefits are often overstated and their costs greater than ever
Close 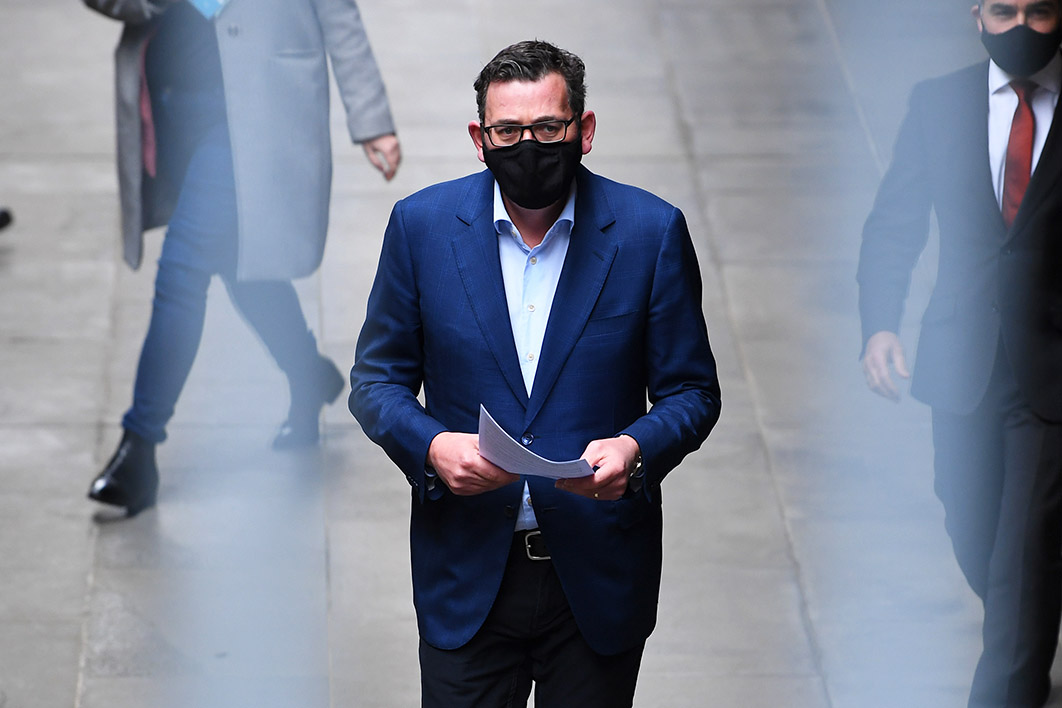