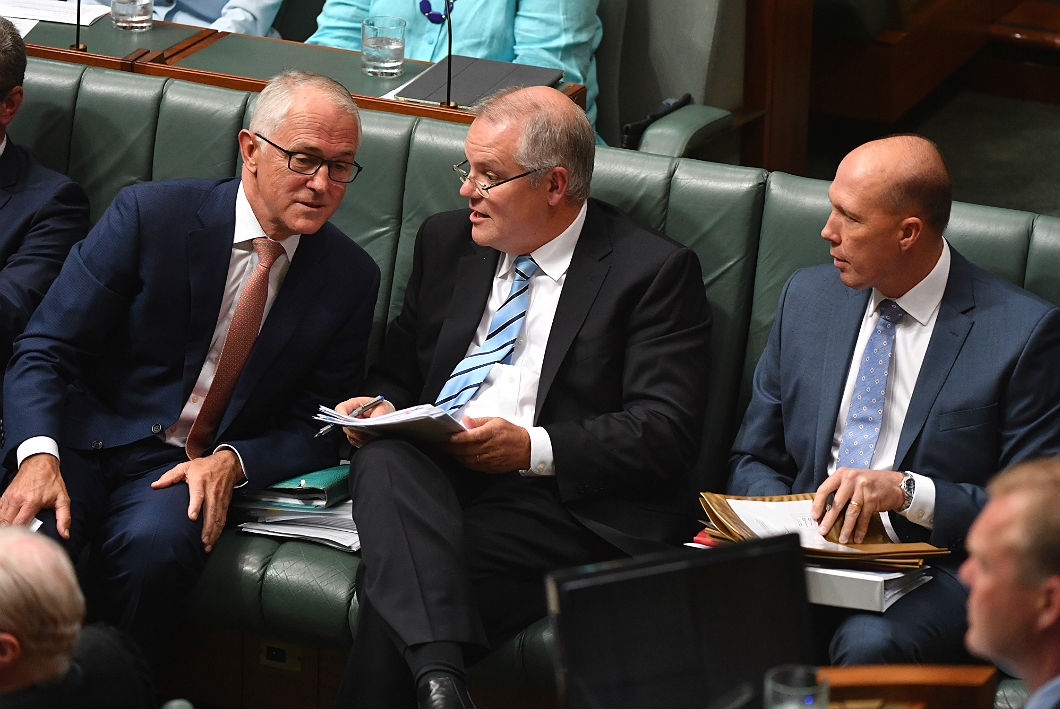 In the first three months of this year, the official jobs figures tell us, 400,000 more people were in work in Australia than a year earlier. And roughly 300,000 of them were in full-time work.

The Australian Bureau of Statistics adds that the pace of jobs growth is now slowing sharply — as well it might. On those figures, we added one new job last year for every thirty we already had. That’s almost twice our long-term average pace of jobs growth. It’s astonishing.

What makes it even more astonishing are two other bits of data. First, jobs growth was rocketing up when the economy was barely chugging along in third gear. Over 2017 our total economic output (gross domestic product, or GDP) grew by just 2.6 per cent. The real bottom line, GDP per head, grew by just 1 per cent — barely half its long-term average.

Second, all that jobs growth did little to reduce unemployment. When it began, the Bureau’s trend unemployment rate was 5.8 per cent. After adding 400,000 jobs, it is now 5.6 per cent.

That is not low unemployment. In the nine years from early 2004 to early 2013, unemployment was that high in only seven months — and that was in the middle of the global financial crisis.

Or take a global comparison. Yes, unemployment is much higher in southern Europe, but our rate is higher than in the most important of our peer-group countries. It’s 2.5 per cent in Japan, 3.5 per cent in Germany, 4.1 per cent in the United States, 4.2 per cent in Britain and 4.5 per cent in New Zealand.

Some of them are celebrating unemployment at record lows. Yet, while we’ve just had record jobs growth, our unemployment rate has barely moved. That too is odd.

Moreover, our rate of underemployment — people in part-time jobs who want more work but can’t find it — remains among the highest in the Western world, at 8.3 per cent. It too has fallen only slightly, from 8.7 per cent a year ago, despite all those new jobs.

Something strange is happening here. What is it?

There’s no one explanation. Globalisation, lax regulation and the gutting of unions has left workers with little power or wage growth. It’s an ideal time to be an employer, and to take on new, compliant workers. Jobs are growing fast because wages aren’t.

Net jobs growth is also high because fewer people are retiring early. In the second half of 2017, almost half the net growth year on year in full-time jobs was among workers aged fifty-five and over. Half a million people are working on after turning sixty-five.

Once these were the workers wanting early retirement. Now their demand is “Hell, no! We won’t go!” This table sums up the dramatic change: But the single biggest reason why high jobs growth has not reduced unemployment significantly is that it’s not meant to. That fact was touched on in a blink-and-you’ll-miss-it paragraph in this week’s Treasury/Department of Home Affairs report, Shaping a Nation.

The report’s starting point and conclusion is that immigration is always good for us, whatever the circumstances. Yet in a paragraph that appears to have been missed by all the media reporting its findings, it notes:

Let those numbers sink in. Almost two-thirds of all jobs created in the past five years have gone to recent migrants, leaving just over a third for Australian jobseekers. In round figures, that means that of the 850,000 net jobs created, 550,000 went to recent migrants, and only 300,000 — that’s 60,000 jobs a year — to Australians looking for work.

The gap in full-time jobs is starker still. It is typical of the report’s sloppiness that it fails to define its terms or time periods, but let’s assume that it means the five years from 2012 to 2017, and is using year-averages. There were just a net 375,000 full-time jobs created in those five years.

If almost three-quarters went to recent migrants, then in round figures, almost 275,000 new full-time jobs were created for recent migrants, and just over 100,000 for Australian jobseekers, or 20,000 jobs a year.

Some readers may recall that we’ve been here before. Inside Story reported broadly similar figures a year ago, for the eight years to 2016. They showed that in net terms, the Australian economy in those years created two full-time jobs for recent migrants from South Asia for every one created for someone born in Australia.

How can that be? Because labour-market policy has abandoned any attempt to balance the interests of employers and workers/jobseekers. The government has simply given employers what they want, and ignored the needs of young Australians.

Employers have been given a carte blanche to bring in skilled migrants to do the jobs, rather than training young Australians to move into them. The section 457 visa is only the best-known of many paths to that end.

The NBN is a classic example. It lets out contracts to Indian firms, which then import their entire workforce for the project from India. Australian jobseekers don’t get a look-in.

You can’t blame the migrants — they’re responding to the opportunities they’re offered. It’s the fault of government that it fails to prioritise training young Australians.

The evidence is the plunge in apprenticeships and traineeships since the Coalition took power in 2013. The National Centre for Vocational Education Research reports that the number of apprentices and trainees slumped from 413,000 in September 2013 to just 262,000 four years later.

Treasury’s report doesn’t ask what happened to young Australians in the labour market. It simply assumes that importing migrants to do the work has no impact on job opportunities for young Australians — and quotes other government reports based on the same assumption. Sure, boss, anything you say!

The number unwillingly in part-time work — the underemployed — grew by 102,000.

We are sacrificing the futures of our young people by ignoring their interests, and using glib assumptions to make ourselves feel good about it. Immigration should not be an issue on which economists, of all people, let their hearts rule their heads.

You can be pro-immigration and still conclude that right now we have far too much of it. That is the inescapable reason why jobs growth has failed to lower unemployment. ●

Tim Colebatch is a regular contributor to Inside Story and former economics editor of the Age.