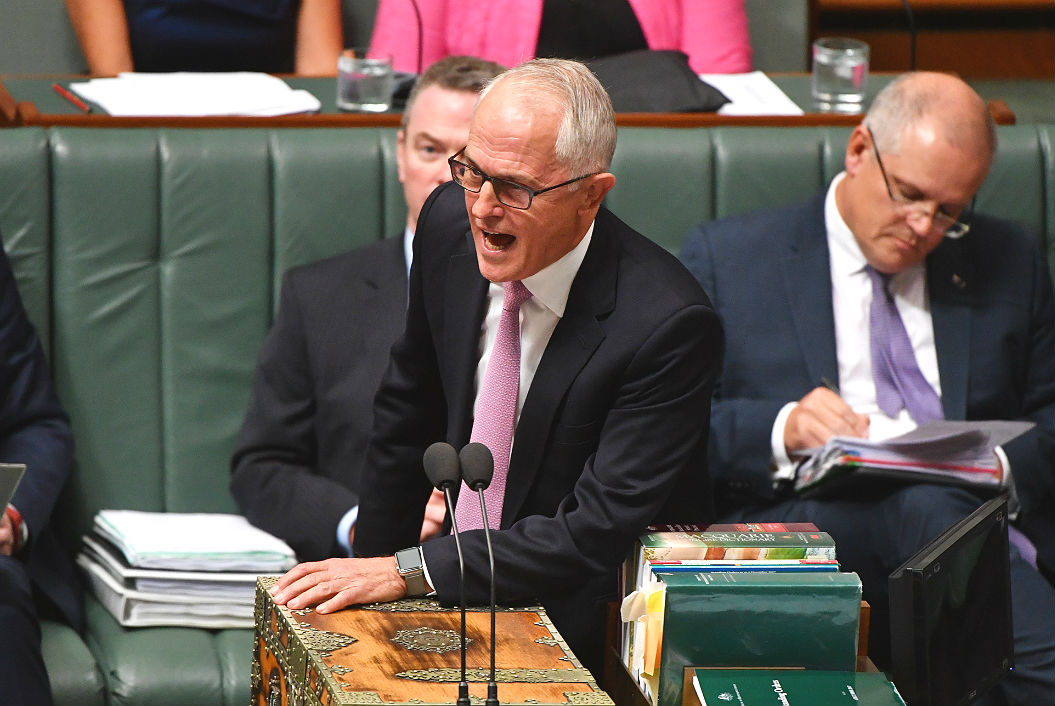 Bright and early last Wednesday morning the ABC published two articles by its chief economics correspondent Emma Alberici. Each of them strongly criticised the Turnbull government’s corporate tax cut, which faces a less than enthusiastic Senate. Both articles enjoyed roaring circulation on the internet via social media; both were leapt on by the Labor opposition during question time.

Malcolm Turnbull reacted in fury. He and two of his ministers complained to ABC management, and on Friday one of the articles, the analysis, was pulled and the other tweaked. (You can still read the analysis on John Menadue’s Pearls and Irritations.)

Cue lamentations about the end of the ABC’s independence. Social media lit up and Labor MPs tweeted, outraged, in Alberici’s defence (which she might or might not have particularly appreciated). The ABC had buckled under political pressure!

Or had it? To my eye, the real problem lay in the fact that the analysis got through the ABC’s editorial processes in the first place. The glee with which opponents of the government heralded its existence on Wednesday morning provided a clue. It might make many valid points but it is polemical in tone and, in parts, quite tendentious. Alberici’s defenders insist that no one has been able to find an error of fact, and that may be so (though one tiny nitpick: gross government debt is a little under, not “more than,” $600 billion), but it doesn’t mean the piece wasn’t one-sided or selective.

It’s one thing to argue that the federal government, while running large deficits, can’t afford corporate tax cuts, and to point out that their supposed benefits are being overhyped. It’s quite another to use red herrings, non sequiturs and a relentlessly aggressive tone to make your case.

One central theme of both pieces — that “it’s hard to see how a lower tax rate is an incentive for investment when one in five of our biggest companies haven’t paid any corporate tax at all in at least three years” — is simply not a serious point for or against the tax cuts. It is a rhetorical sleight of hand, the kind of argument a politician might use (and, indeed, the part Labor seemed to particularly like).

Leaving aside arguments about tax minimisation and the legitimacy of companies’ stated losses — and indeed the fact that cutting tax is not inconsistent with closing loopholes — businesses like Qantas can’t run at a loss (and pay no tax) forever. Presumably management intends to keep making profits until they can no longer be offset against past losses, and then the company will pay tax again. Otherwise, why would they care what the rate is?

In fact, you could turn Alberici’s logic around the other way: companies aren’t paying tax, so we might as well cut the rate.

A tax cut is unnecessary, Alberici says, because Qantas “has already indicated an intention to invest $3 billion across 2018 and 2019.” This, too, is beside the point, because the government’s argument is that a tax cut will lead to more investment than companies are currently planning.

In a similar vein: “Business investment in Australia has been at historically high levels over much of the past decade despite our comparatively high headline corporate tax rate.” Again, so what? The useful comparison is with other countries (and Alberici is on much more solid ground when she does just that).

It’s reasonable, I suppose, to note Qantas boss Alan Joyce’s salary, but was it really worth 130 words over several paragraphs?

And: “There is no guarantee at all that cutting the tax [foreign companies] pay in Australia will lead them to increase the level of business investment in Australia.” Well, no, there are no guarantees in life.

Alberici quotes the estimated $65 billion cost of the tax cuts three times, but not once does she note that it applies over ten years. Again, this is the kind of thing politicians and other advocates do.

In fact, it’s likely that both the cost and the supposed benefits are being overhyped. The tax cut was devised before the 2016 election because strategists reckon a party has to take something to a poll. It now seems more an instance of government virtue signalling, designed to assure the country and the world that the Coalition is “pro-business.”

Labor, as is well known, was also in favour several years ago. In fact, it still says cuts are a good idea, but only when the budget is in surplus.

Since the ABC pulled the article, parts of social media have been in a tizz about censorship and the death throes of Aunty’s independence. The ABC claims that its investigation began before the government complained. Had the broadcaster nipped the article in the bud, or convinced the author to inject more balance and extract the hyperbole, we would all be none the wiser. Editorial decisions like that are made all the time.

Only Alberici knows what possessed such an experienced journalist, writing in her area of expertise, to over-bake her analysis in this way. Perhaps it was all about the clicks, a chief metric in today’s ABC.

Once upon a time sensationalism was a no-no at the national broadcaster. Across news and current affairs that no longer seems the case. ●