Pundits are predicting a long period of opposition for Queensland Labor, writes Brian Costar, but Campbell Newman faces his own challenges 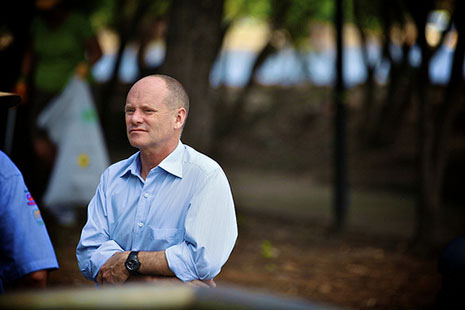 BY CLOSE of polling on Saturday night, long-suffering Queenslanders had endured sixty days of electoral campaigning. In addition to all the usuals, we saw a candidate disendorsed for drink driving, another for dressing up as a pirate at a swingers’ party (and we’re not talking swinging voters here) and the manager of an allegedly pornographic website surviving only because the ballot papers had already been printed. The citizens of Ashgrove were deluged with visits from a multitude of political hotshots and showered with more leaflets than were handed out during the French Revolution. In fact, the voters had not seen such political hootin’ and a’hollering since Blazing Saddles hit the big screen in 1974.

And to what effect? In January the opinion polls had the Liberal National Party on 60 per cent of the two party-preferred vote and Labor on 40 per cent. With votes still being counted, the result currently rests at LNP 62 per cent and Labor 38 per cent. If we allow for the sampling error in the January poll then the net effect of the campaign could well have been zero.

Over four decades ago political scientist Don Aitkin conducted the first thorough survey of the political attitudes and behaviour of Australians and found that formal election campaigns do not cause “great movements” in the electorate. This year another political scientist, Ian McAllister, analysed data from the past twenty years of election surveys conducted by the Australian National University and found that, while election campaigns are important to the political process, they generally don’t move voters. As the political scientist Murray Goot observed in a survey of “electioneering” in Australia, “the contribution of any campaign is always open to question: a party might improve its position, notwithstanding a poor campaign; or it might lose ground despite a good campaign…”

What this means is that much of the energy expended and the money spent by the parties and interest groups in Queensland over the past two months could have been saved. Why, then, do the parties do it? Because that’s what they are programmed to do. It really is as simple as that.

As soon as the devastating result became obvious the recriminations began, primarily over Labor’s campaign against Campbell Newman in relation to donations he received from property developers while he was lord mayor of Brisbane. Labor mishandled it badly, not least by including Newman’s wife, Lisa, in its attacks. And the defeatist TV ads of the last week of the campaign, which pleaded with voters not to give Campbell Newman “too much power,” were equally deserving of criticism. But the calls from some quarters for Queensland Labor to rethink its campaigning style are a little beside the point – the causes of the defeat were much longer term.

Former premier Peter Beattie and others have predicted that Labor will be out of office for at least three terms. To be reduced to seven members in a parliament of eighty-nine will certainly be character building for the Labor politicians. (Since the party does not have enough members to constitute a shadow ministry, why not follow the LNP precedent and appoint spokespeople who are not in parliament?) But comparisons with the long period of opposition that followed the heavy defeat in 1957 are misleading. That defeat also spawned a splinter party (the Democratic Labor Party), which siphoned votes from Labor and transferred them to the Coalition by way of second preferences. As well, between 1957 and 1981 the Queensland Labor organisation was highly dysfunctional and preoccupied with internal ructions rather than winning parliamentary elections.

The LNP’s sheer numerical dominance should see it safe for two terms. But with a large number of new MPs who were preselected in the expectation that they would never win, all of Premier Campbell’s military experience will be needed to keep the government benches in line. The LNP frontbench is not brimming with political talent and there is a strong prospect of inexperienced or inept cabinet ministers getting themselves into trouble. The relationship between the premier and party president Bruce McIver (who has a history of interfering in the affairs of the parliamentary party) is likely to resemble two bulls in a paddock.

The LNP was not a marriage of true minds; it was a hostile takeover of the Liberals by the Nationals, and internal tensions remain. The fireworks will start when federal candidates need to be chosen for the 2013 election. Small “l” Liberal will need to watch out because the agrarians will be after them. Over the coal seam gas industry, meanwhile, the new government will somehow have to reconcile two of its core constituencies – farmers and miners.

Queensland politics will be interesting again. •

Brian Costar is Professor of Politics at the Swinburne Institute for Social Research.

If we want to engage or compete with universities in Asia, we need to be clear about the aims of our own education system 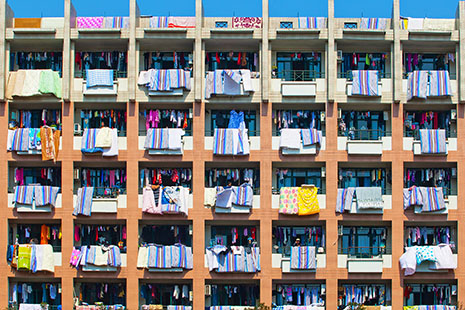