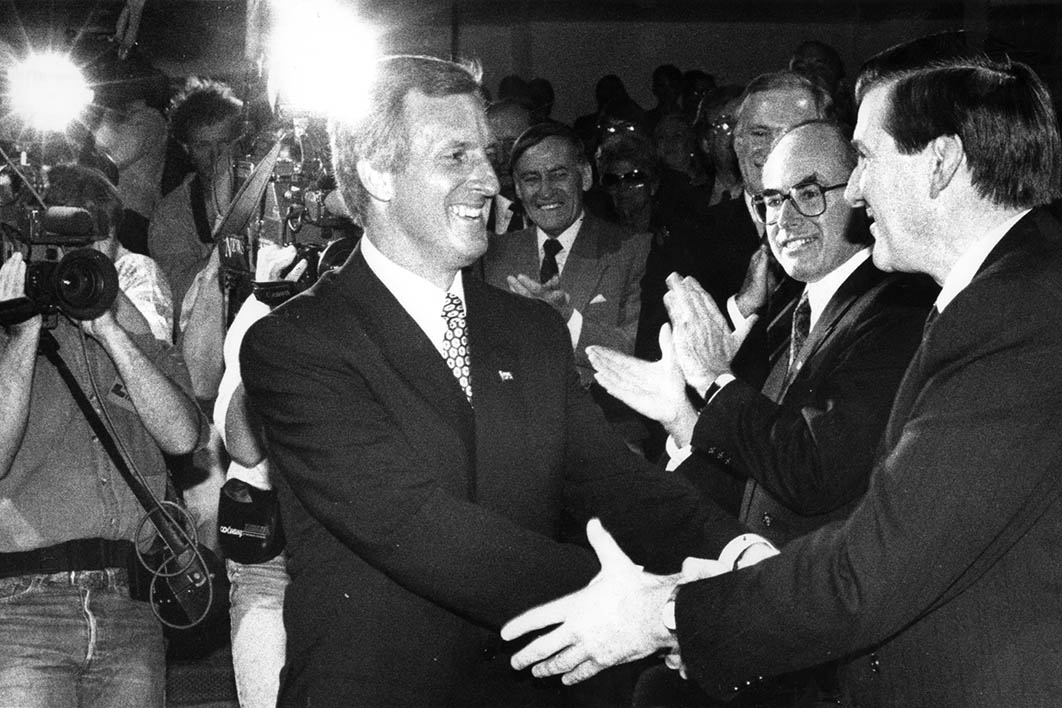 It was always a high-risk strategy. Take a pair of complicated tax plans, add an ambitious proposal to cut carbon emissions, ignore an unsettling downturn in the housing market, and give the whole thing to a leader whose communication skills are less than optimal. No matter how bad the government was looking, this scheme seemed designed to frighten the very people Labor needed to attract.

It got worse. Faced with criticism of the dividend imputation plan, shadow treasurer Chris Bowen suggested anyone who didn’t like it could vote for another party, distracting attention from the intergenerational injustice of the current tax break. Under pressure over the cost of cutting emissions, Bill Shorten repeatedly failed to mention the many studies that flatly contradict the government’s dodgy figures, finally declaring in the last week of the campaign that the economic implications were irrelevant.

So is the failure of Labor’s ambitious reform plan the final nail in the coffin of big-target campaigning? Do the many parallels with John Hewson’s spectacular loss in 1993 — previously the most notorious case study — mean that timid, evasive campaigning is the only option?

The comparison with 1993 is instructive. The centrepiece of the Coalition’s campaign that year was Hewson’s Fightback!, a 650-page manifesto that worked its way through every government function, including education, Medicare and industrial relations law, and proposed radical and often unpopular changes. At its centre was a big new tax, a 15 per cent GST, which alone was almost unpopular enough to guarantee defeat (as John Howard found out in 1998, when he lost the popular vote and almost lost the election campaigning for its introduction). Anything that was good about Fightback! eventually got lost in an increasingly intense debate about its dangers.

That doesn’t sound like a big target as much as an ill-fated scheme dreamt up by someone who doesn’t understand politics. At first, Hewson’s plan seemed bold and refreshing, and it rated well in opinion polls. And the Coalition was also facing a tired government that had presided over a serious downturn and replaced its most electorally successful leader (Hawke) with the treasurer who’d described that downturn as “the recession we had to have” (Keating). But the likely minuses were just too numerous for enough voters to take a punt.

Labor’s plan for this year’s election was nowhere near as reckless, but it was still overly detailed and ill-matched to the skills of its leader. Shorten was always going to be a hard leader to sell, but a rational strategy would have attempted to turn his perceived characteristics into assets. If voters think he’s a bit of a schemer, then cast him as a deal-maker, able to bring together different interests to negotiate practical outcomes. Instead, he sounded like an under-briefed shadow treasurer one day and Jeremy Corbyn the next.

But even under a different leader Labor’s strategy would have been risky. The party certainly needs to propose things — just as the Coalition needs to constantly assert its economic competence. It’s the reason the party exists. But offering not one but two complicated tax plans, one (on the tax treatment of rental housing) gravely out of sync with the housing cycle and the other (on franked dividends) very difficult to explain, turns a big target into a sitting duck.

That would mean fewer spending promises, but it was a sacrifice the party needed to make to ensure it was in a position to take government. In office, it would have had three budgets or more to find ways of paying for initiatives that couldn’t be promised during the campaign.

The carbon-reduction plan should have been a simpler proposition to sell. It would have cost the party nothing to couch the argument partly in economic terms — especially given the growing sense in the business community that the Coalition’s prevarication is disastrously inhibiting our capacity to cope with, participate in and capitalise on a low-carbon future. Yet Shorten bafflingly refused to respond firmly and consistently to what seems to have been a very effective scare campaign.

What these two elections show is that the laws of politics aren’t suspended when parties come up with bold schemes that seem, to their supporters at least, to cut through the usual compromises and backsliding. Enough voters are sufficiently sceptical of politicians and parties — and are already feeling unsettled by pressures that Labor should be well aware of — for that strategy to end in disaster. This doesn’t mean small-target campaigning is necessarily the way to go, but it does mean that Labor — as the only alternative government — needs to make itself a much smarter target. •