Yassmin Abdel-Magied and the Pavlovian puzzle 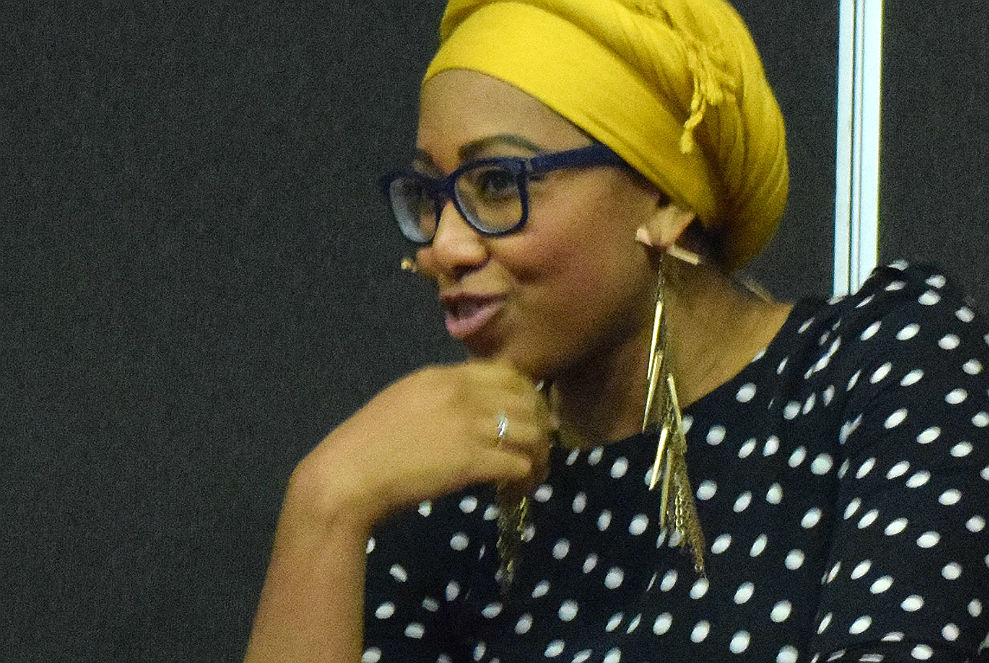 A visitor to this country over the past week might wonder where, or in what year, he or she has landed. It’s now nine sleeps since Anzac Day 2017, and hundreds of articles and hours of rolling outrage have been expended on a few words posted on Facebook by part-time ABC presenter Yassmin Abdel-Magied on 25 April: “LEST. WE. FORGET. (Manus, Nauru, Syria, Palestine…)”

The post was quickly taken down and an apology published.

Too late. Immigration minister Peter Dutton called it a “disgrace”; assistant multicultural affairs minister Zed Seselja, one of several Coalition figures calling for Abdel-Magied’s sacking, found it “despicable.” Deputy prime minister Barnaby Joyce gleaned from the incident a “sense that the culture of the ABC is in some instances at odds with the culture of Australia.” Former prime minister Tony Abbott invoked his beloved “Team Australia” to explain that “the ABC is supposed to support Australia, it’s supposed to support Australian values, and there’s nothing more Australian, nothing more sacred than the commemoration of Anzac Day.”

Perhaps NSW minister and former deputy premier Troy Grant summed it up best: “On April 25 we expect all Australians to stop and give thanks for the dedication of those before us who fought for the freedoms our country holds dear…” It seems citizens’ obligations in 2017 are substantial and robustly enforced.

And that’s without quoting the gaggle of media figures, most of them from News Corp, who provided the impetus for this outpour.

Was this a free speech issue? Only at the margins.

As easy as it is to mistake social media for a virtual living room, the internet is a public space and it is reasonable, subject to legal and contractual obligations, for an organisation to take an interest in what its employees put there, particularly if that person has a public profile. We can all think of lines beyond which it would be inappropriate for colleagues to go. (Tweeting links and commentary about pornography would easily sit on the other side.)

In the case of a private media company – say, the Age, which terminated the services of columnist Catherine Deveny seven years ago after a tweet many considered offensive – it’s totally a matter for them. Back then Deveny’s fans squealed, conservative warriors cheered and the ABC’s Media Watch threw in its two bobs’ worth (host Jonathan Holmes believed the sacking was a mistake). But, really, what business is it of theirs or ours whom a newspaper chooses to run (or not to run) on its opinion pages – and for what reasons?

But when that organisation is publicly funded, like the ABC and SBS, we are all in a sense employers, and it is not inappropriate for anyone to voice an opinion.  Yes, the lack of self-awareness betrayed by erstwhile free speech fighters can be jarring. Individuals who were claiming five minutes ago that the freedom juice runs through their veins, who routinely intone that we must allow the airing of ideas, however obnoxious, and that this indeed is how society progresses – to witness the same folks screeching for a person to be sacked because she uttered something offensive, is wildly incongruous.

But that just shows the level of their sincerity and seriousness as commentators, which we can take into account the next time they pontificate on anything.

There is no universal right to a platform to air one’s views. This furore is not, for example, directly comparable to a breach of 18C of the Racial Discrimination Act, which outlaws certain modes of expression. An ABC employee published unwisely and quickly retracted it. It was a silly post, but not worthy of all this fuss. Had it been Christmas instead, it would have gone uncommented, and nor would publication of such views on Anzac Day have caused a stir decades ago. How this one day of the year became Australia’s chief secular event, bossily enforced, played with ever more self-consciousness, is still not entirely clear.

Four years ago, another ABC employee tweeted something derogatory about prime minister Julia Gillard. He retracted and apologised and it quickly died down. Abdel-Magied’s transgression was about as serious as that. Some have cast this outcry as being about race and power: a female brown-skinned Muslim not knowing her place. Certainly that’s part of it, covertly in some media commentary, overtly in social media comments and tweets. It is also generated by hatred of progressive voices. Recall the News Corp 2014 campaign against Fairfax columnist Mike Carlton, ostensibly because he gave as good as he got to email and Twitter interlocutors, but fundamentally because of his aggressive columns and political stances, particularly on Israel.

But the core driver of this astonishing beat-up, what has put it on front pages and high-rating radio airwaves, is the desire to damage the ABC – mostly on the part of News Corp, whose boss Rupert Murdoch has a well-known antipathy towards public broadcasting.

From a business point of view, this attitude is understandable. A cafe owner would not appreciate having to compete with an outfit across the road that receives taxpayers’ money to provide the same service free. Less excusable are the exaggerations, beat-ups, and bullying of ABC employees who, precisely because of where they work, are unable to return fire.

As usual, first out of the blocks are the thugs who, like hired heavies anywhere, are good at their job because they love it. They don’t need to be told twice. From there it spreads, with others presumably jumping aboard to suck up to the boss, perhaps because it’s gently suggested to them.

Cue Twitter and Facebook, always a ready repository of people getting outraged and abusive about something. From there, inevitably, it spreads across the mainstream media.

And to the politicians. Apart from Pauline Hanson, every participant in this imbroglio has been in the government. They play to a tiny portion of the general community, but a larger section of the media.

It can be difficult to know from which side these News Corp–Coalition tag-team onslaughts – SBS sports journalist Scott McIntyre’s Anzac Day 2015 transgression, Zaky Mallah and Q&A, now this – originate. The impression, at least, is that the media kerfuffle comes first, and conservative government members, some more eagerly than others, fall into line.

In each of these instances, a grain of valid complaint is inflated out of recognition. Abdel-Magied, like McIntyre, did her “offending” in her spare time, not on the public airwaves. And she’s only a part-time employee, providing a weekly news roundup. (Abbott and others are now demanding she be dropped from Department of Foreign Affairs advisory boards.)

The ABC has thankfully withstood the pressure. (Unlike Fairfax, which pushed Carlton out. Again, if media executives buckle under a rival outlet’s offensive and let go a popular columnist, that’s totally a matter for them and their shareholders.)

Puzzled tourists might recognise a tabloid beat-up when they see one (particularly if they’re from Britain), but scratch their heads at the Pavlovian behaviour of our elected MPs. That’s the weird bit, why elected Coalition representatives fall over each other to join the latest pile-on. This tendency has been particularly on show since they took government in 2013; until then, the small-target demands of opposition kept them focused on the Labor government. Since then it’s seemed culture wars are never far away.

Once again it’s about the party “base” and leadership unrest, and it’s all symptomatic of our hollowed-out major parties. What’s different these days is that they wait until they’re in power to put their dysfunction on show.

While Tony Abbott had no compunction about joining these battles when he was prime minister, at the time of writing Malcolm Turnbull has remained aloof. But he’s in danger of losing his job, so perhaps his intervention is just a matter of time. •

Reaping what was sown 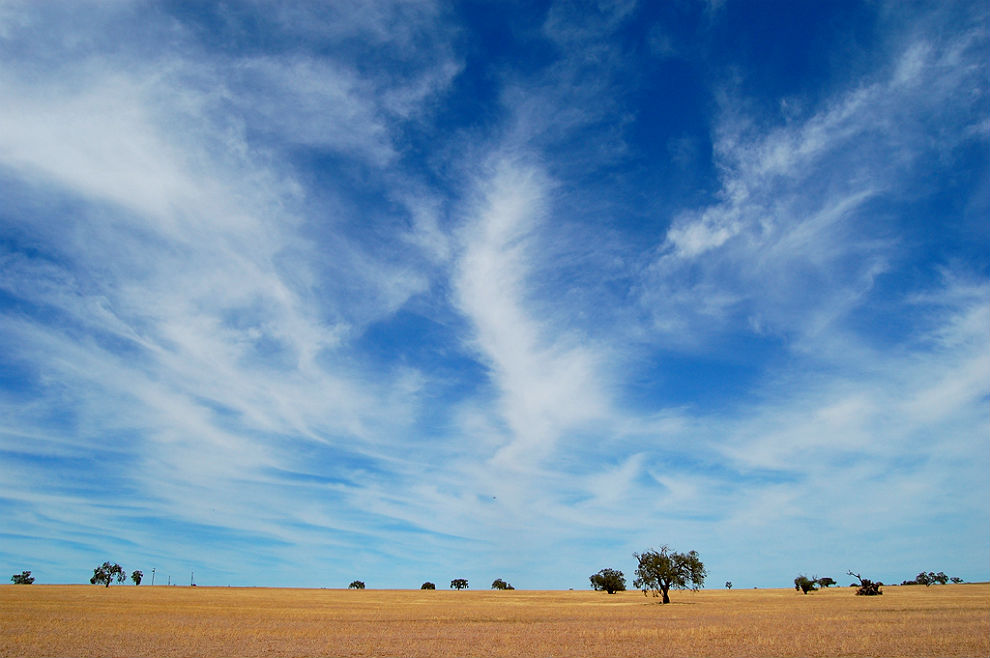