A spectre is haunting the workplace 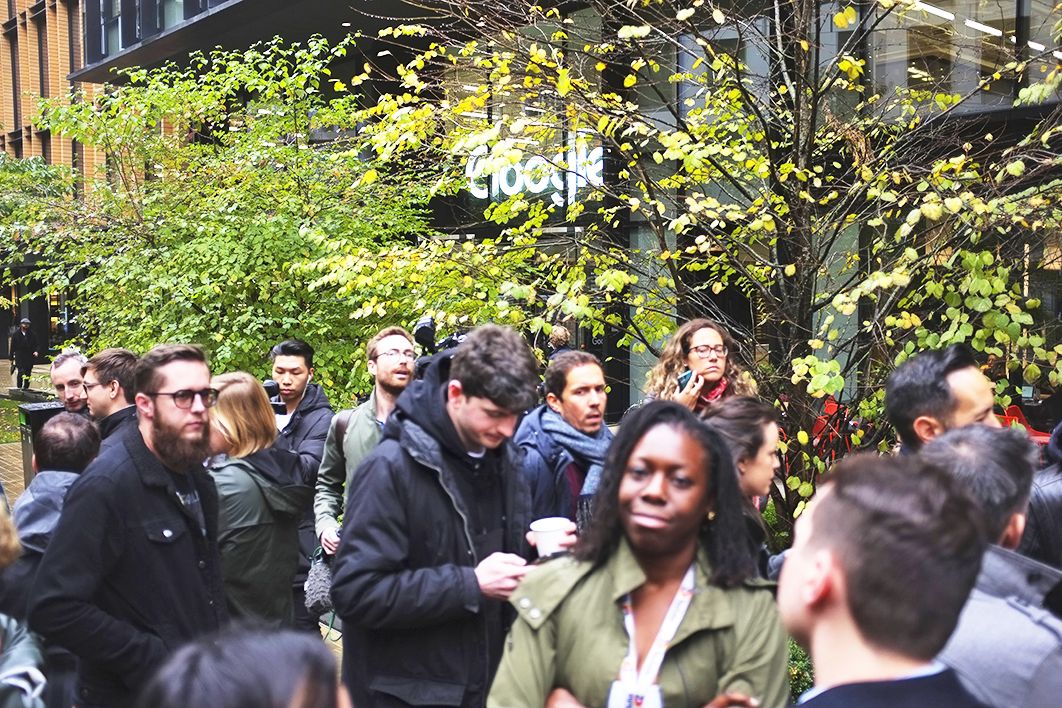 Private Government: How Employers Rule Our Lives (and Why We Don’t Talk about It)
By Elizabeth Anderson | Princeton University Press | $44.99 | 224 pages

Most people spend most of their time in slavery. They live in a world of subordination, obeisance and arbitrary decrees; they must endure loyalty oaths, surveillance and the soul-destroying vagaries of dictatorship; they suffer under the burden of potential exile; they are vassals, shunted from fiefdom to suzerain and back again.

Do you recognise this world? You do? Maybe you’re a North Korean dissident, or a refugee who fled Stalin’s Russia. Or maybe you’ve just got home from work.

Taking her examples from American sources, Anderson tells of poultry processors forced to wear adult nappies because they are denied toilet breaks; sweatshop conditions in Californian garment factories; astounding levels of sexual harassment in restaurants across the nation; out-and-out wage theft in many industries; and Amazon warehouse workers suffering under heatwave conditions because management wouldn’t install air conditioning. (To be fair, they did organise for ambulances to ferry the workers who collapsed from heat stroke to hospital.)

Of course, these are the extreme examples. But the system of control, Anderson says, is near universal. Big Brother is boss, and if you don’t like it, there’s the door.

Western governments might be democratic in nature, but when we pass through those ubiquitous security gates into the place where we spend a third of our lives, our corporate lanyards round our necks, we surrender to a system of government that Henry Tudor would recognise and approve of.

Philosophers love their thought experiments, and Anderson’s is a doozy. She describes something familiar in a new way and the scales fall from your hitherto unseeing eyes. After reading her book your workplace will never look quite the same again. Men and women might be born free, but everywhere they are chained to their cubicles.

Journalist and screenwriter Dan Lyons would agree. He’s spent the last couple of years journeying through the work gulags of modern capitalism, talking to dissidents on the shop floor and hubristic managers in the corner offices, and he’s come back a modern-day Solzhenitsyn.

Lyons is no philosopher, or sociologist for that matter, but he is funny — and he’s pissed off. Once a successful journalist, he was disrupted out of a job he loved at Newsweek, ended up working at a tech start-up staffed by enthusiastic millennials, wrote a jaundiced book about his experiences (naturally enough called Disrupted), and ended up contributing to the hit HBO comedy Silicon Valley.

You’d think he’d be content now, but Lyons is having none of that. He’s convinced that modern work practices are making people seriously unhappy, and he thinks it’s all the fault of his traditional enemies: those smug oligarchs who run Big Tech. Lab Rats is the result of this personal crusade.

Because Big Tech companies are powerful and successful, how they do things is copied shamelessly by many other companies hoping to emulate their share prices. As a long-time critic of Silicon Valley’s culture, Lyons is convinced that the industry’s influence on the happiness of modern workers will reach far beyond a pocket of California.

Big Tech loves cheap workers. Facebook, Amazon, Netflix and Google — the so-called FANGs — are all big companies with relatively small workforces, mostly made up of contractors. For Lyons, the growing use of contract workers, pioneered by tech companies like Lyft and Uber, is making job security a thing of the past.

And Big Tech also loves change, at least on its own terms. Unfortunately, that’s not so good for workers. As Lyons points out, “being exposed to persistent, low-grade change leads to depression and anxiety. The suffering is akin to what we experience after the death of a loved one or spending time in combat.”

Move fast and break things, as the Facebook motto had it. Even lives.

Uncovering the dark side of Silicon Valley is becoming a journalistic industry. In Brotopia, the American TV reporter Emily Chang, presenter and executive producer of Bloomberg Technology, examines how the tech industry treats women. Her tales show job discrimination, investor prejudice, and a culture of sexual politics that would look more at home in parts of the National Rugby League.

The chapter of Chang’s book that got a lot of publicity (including an extract in Vanity Fair) when it was first published in the United States dealt with the anonymous sources who told her about the sex parties held by the upper echelons of the tech business. The sense of entitlement among powerful men is, of course, an old and dismaying story. But the CEOs, founders, venture capitalists and paper billionaires of the Valley have given it a new twist. Perhaps because they were virginal nerds in high school and university, they somehow feel they have earnt the right to run a tech version of the Playboy mansion circa 1972, but with more money, better drugs and even less duty of care.

It’s the same kind of self-justifying ideology used to disrupt legacy businesses or claim that the gig economy is an improvement on that old-fashioned notion, workers’ rights.

Chang’s book also reports on the structural issues that bedevil the tech sector. Despite playing an important role in the creation of the industry, women are woefully underrepresented in its workforce. According to Chang, not only are there too few female coders, developers, CEOs and venture capitalists in tech, but there is also no real commitment to overcoming the deficiency.

In an otherwise interesting and well-researched book, Chang does seem to miss one of the most important issues arising from the Valley’s woman problem. As Safiya Umoja Noble shows in another recent book, Algorithms of Oppression, the programming choices that lie at the heart of the whole enterprise are often hopelessly biased against women and minorities, mainly because they are written by a very narrow cohort of white, Ivy League–educated men.

So, what kind of shop floor of the future are these men creating?

One day a software programmer in Los Angeles called Ibrahim Diallo turned up to work to find that his security pass didn’t work. Luckily the security guard recognised him and let him in. Then his computer wouldn’t let him log on. His supervisor sent an email to HR to sort things out. She got back a computer-generated reply saying that he was no longer a “valid employee.” Diallo had been fired by a computer.

Because of a software malfunction, Diallo spent three frustrating weeks without a job and without pay. A minor Kafkaesque moment in the history of industrial relations, you might say. But Dan Lyons says it’s a parable of what’s already happening. “We are meat puppets, tethered to an algorithm,” he writes.

We already have software programs that screen resumés, and irritating workplace surveys run by AI, as well as the widespread use of “continual performance improvement algorithms” that literally monitor a worker’s every move. By creating a new hybrid, part worker, part machine, we run the risk of dehumanising the workplace, says Lyons — with far-reaching psychological effects on workers.

“In my quest to understand the epidemic of worker unhappiness,” writes Lyons, “I’ve come across stressors like dwindling pay cheques, job insecurity and constant, unrelenting change. But [the] fourth and final factor of unhappiness in the workplace — dehumanisation — might be the most dangerous of all.”

An optimist at heart, Lyons says he’s also found signs of a counterrevolution, at least in some companies. There’s the Chicago-based software company Basecamp, which mandates that its staff work only forty hours a week — except in summer, when they take Fridays off. Basecamp’s owners aren’t pursuing world domination, just interesting and fulfilling lives. And, anyway, they’re not short of cash: one of them can still afford to collect racing cars and compete at Le Mans.

Then there’s Managed by Q, a contract-cleaning business, where “everybody cleans,” even the firm’s founder and CEO, who still does shifts scrubbing toilets. Unlike many newly minted companies, Managed by Q doesn’t rely on the gig economy to shave wages and conditions; everyone who cleans also gets health insurance, a pension scheme and stock options.

Lyons argues that companies like these have seen what’s happening in Silicon Valley and then done the opposite. They don’t make Google-sized returns, but their staff turnover is lower, their productivity is higher, and people have fun at work.

The reform that Lyons seems to miss, however, is the most obvious one: collective action. Last November, for example, around 20,000 Google workers staged a walkout protesting at the company’s use of forced arbitration to settle sexual harassment or assault cases instead of allowing its workers to go to court. By February Google had bowed to the pressure and agreed that it would no longer force employees to settle disputes in this way.

As the group that led the campaign, Google Walkout for Real Change, tweeted at the time, “This victory would never have happened if workers hadn’t banded together, supported one another and walked out. Collective action works. Worker power works. This is still just the beginning.” • 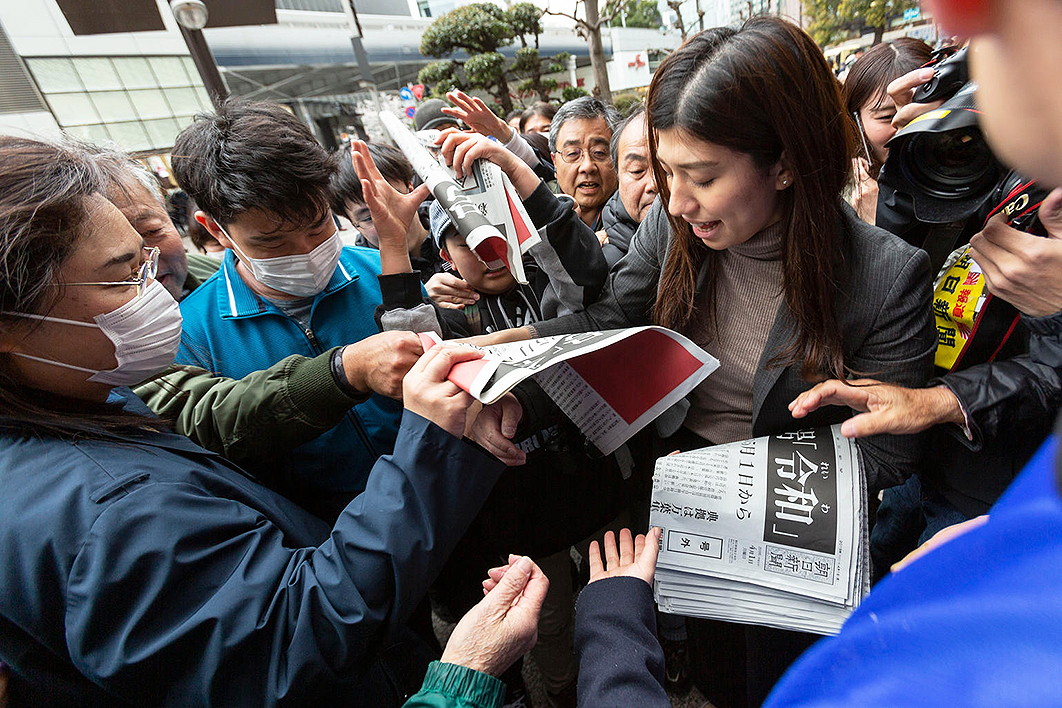