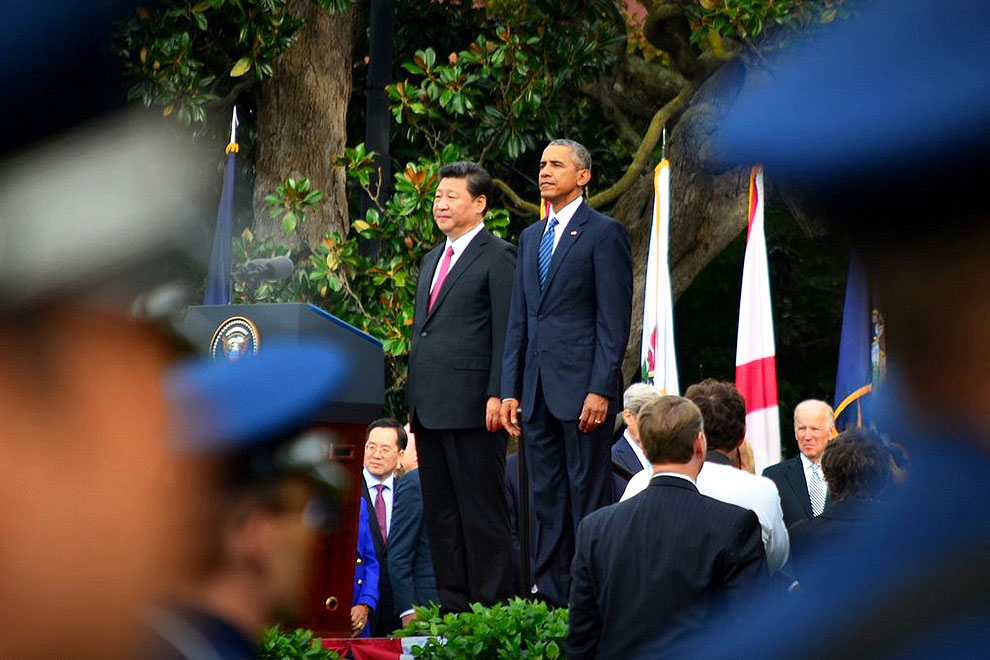 In his book The Myth of the Strong Leader, the veteran political scientist Archie Brown shows how images of all-powerful political figures are at odds with the reality of the compromises and deal-making necessary for effective government. The regimes of the best-known “strong leaders” of the past century – figures like Stalin, Hitler and Mao – were enormously costly for their populations, and for the world at large, and masked fatal weaknesses. Given this lamentable record, it is surprising that many people still seem to have an appetite for strong, omnipotent leaders.

Xi Jinping is widely seen as a new-style example of this caste. In the light of Archie Brown’s analysis, the fact that figures from US president Barack Obama down have remarked at how Xi has stamped himself on China’s body politic, presenting a more assertive image of his country and its foreign policies, is probably as much a warning as an accolade.

Xi’s problem is that the key point about the myth of strong leadership is that myths are only real if enough people believe in them. Once the belief ebbs away, so does the strength. And as elite politicians – including former British prime minister David Cameron – can find out quickly, power is a fickle thing. Its coming is hard, its departure very easy. And so, for all the ubiquity of Xi in policy-making and Communist Party entities within China, there remains the very real question of just how secure his power is, and what threats it faces. Heading up so many leading groups and consolidating so many visible expressions of power could be as much a sign of weakness as of strength.

Added to this is the issue of how greatly politicians expose themselves when they take such a prominent position. Policy-making and implementation in a country as vast and complex as China is a high-risk business. So much can go wrong. Placing yourself in the centre of all these decisions means that eventually it is you, and you alone, who takes the blame. Deng Xiaoping, paramount leader in the 1980s and into the 1990s, showed his background as a military tactician when he made sure he always had a layer of political protection around him, with figures like Hu Yaobang and Zhao Ziyang taking the rap when things went wrong.

Last month’s judgement on the South China Sea by the International Court of Arbitration raises questions about the limits not just of China’s power, but also of the Xi leadership. Brought by the Philippines in 2013, the action yielded a final adjudication that was largely negative for China. This is problematic for Xi, not so much because of the judgement’s ramifications, which are serious enough, but because of the risks it poses domestically. Even with tighter censorship of news and information, the limits of Xi’s power will be filtering through to the domestic audience, many of whom had started to believe their president could enforce China’s will and prosecute China’s claims without resistance.

Falling economic growth has tempted the Party leadership into seeking a new pillar of legitimacy by appealing to nationalist sentiment. Xi sits at the heart of this, presenting himself as a global leader absorbing global respect for a country at the centre of affairs like never before. The problem with this posture is that many people outside China are wary or distrustful of its intentions, and either resist this new assertiveness or regard it with ambivalence. There is dissonance between the strong image of the country’s newfound status promoted within China, and the more complex reality outside.

China needs deep economic, intellectual and diplomatic engagement with the world as it seeks to continue transforming itself into a middle-income country. Ratcheting up nationalistic messages that could lead to things getting out of hand, and perhaps even to military clashes, is not in China’s interests, nor anyone else’s for that matter.

Xi’s Communist Party is trying to manage a huge but delicate balancing act. On the one hand, challenging economic conditions mean that it needs partnerships with countries around it like never before. This is evident in the leadership’s promotion of the Silk Road initiative, which seeks to create a vast region with benign commercial trade and investment links to China. On the other hand, delivering the “China dream” means that the Party must preside over a country that is respected, taken seriously, and restored to a position of regional dominance. For Japan, Malaysia, Vietnam and particularly the United States, that is not so palatable.

Until the arbitration ruling, the Xi leadership had managed to calibrate its messages, swinging from soothing language about the peace-loving rise of China and the potential for win–win outcomes, to harder-edged assertions of its rights in the South and East China Sea. On the latter, Xi has staked a lot of personal political capital. He sits at the head of a system that has aggressively asserted that the islands within the nine-dash line are sovereign Chinese territory by historical right and natural justice.

The Hague ruling has turned up a host of problems, and so far the Chinese government has failed to respond particularly coherently. Despite stating that it didn’t recognise the judgement of the court, it has expended considerable effort in trying to denounce the final outcome. This suggests that it cares deeply about what has happened. The reaction has also exposed a contradictory attitude towards law, with China embracing it when it suits and dismissing it as a tool of American hegemony when it doesn’t. And its reaction has also created real suspicion and diplomatic bad blood among neighbouring countries with which it needs to have stable and secure relations.

When the system looked looser and less centralised, China’s response to an issue like this could be seen not so much as the view of the central government, but as the sectional concerns of other figures promoting their own interests. This happened during the Hu era, when there was less evidence of Beijing’s role in policy and more leeway for controversial responses to be put down to sectoral interests. Under Xi, there seems to be no such luxury. Presumably, the concerted campaign by Chinese officials and others to denounce the ruling from The Hague, and the attempts to discredit and attack the court and the process, were all mandated and coordinated from Beijing.

Under the most optimistic scenario, tempers will now calm down and the parties will all go back to the patient business of trying to work out a pragmatic compromise. In that case, the International Court of Arbitration’s ruling, rather than having ratcheted up tensions, will have at least injected some urgency into the job of devising solutions. We would then be able to conclude that Xi has inherited the pragmatism and flexibility of other leadership periods since Mao’s.

If China doesn’t step back or show signs of a willingness to compromise, though, it runs the very real risk of becoming diplomatically isolated. The rhetoric of win–win and China’s peaceful rise will be treated as empty words. Xi will then be faced with the problem of trying to forge good-quality relations in the economic realm with a world that trusts it even less, politically, than it has in the past. Like it or not, if Xi can’t resolve this, then his power will prove to be severely limited. And at a time when China’s role is so crucial in so many global issues, that would be a huge pity, and a huge cost to pay for the relatively limited issue of control over the South China Sea. •