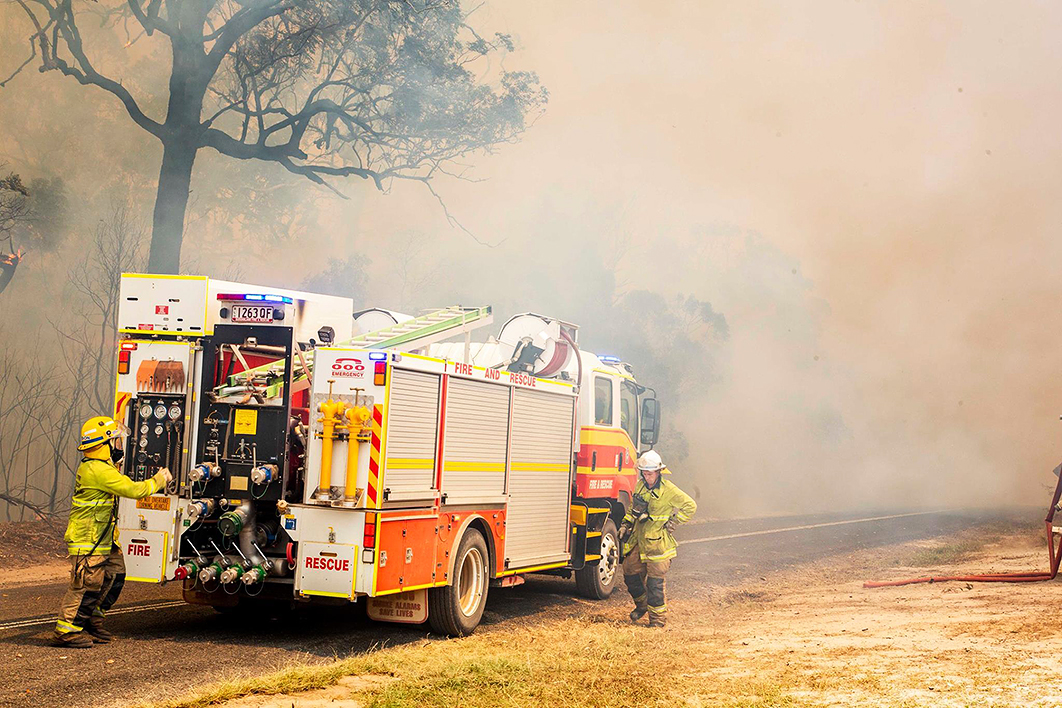 Drought, heatwaves, bushfires and intense rain. Summer has barely started, but spring brought more than enough extreme weather to go on with.

Spring is a time when southern cold fronts and warm northern air often battle it out all over the country. This makes for changeable and sometimes unpredictable weather, with the southern states topping 40°C one day but barely reaching 18°C the next.

This is particularly true of temperatures. Since at least the 1950s, the frequency, intensity and duration of heatwaves have increased. The exact changes depend on the location — Canberra has seen a doubling of the number of heatwave days since the 1950s, and heatwaves in Adelaide are 2–4°C warmer — but one thing’s for sure. Heatwaves are on the rise and it’s not going to get better any time soon.

I have written before about how, while heatwaves fluctuate naturally from year to year, long-term changes can only occur because of climate change. I’ve also shown in recent research that the amount of global warming we experience dictates changes in average heatwaves. If we reach 2°C of global warming, Australian heatwaves, on average, will be more than 2°C warmer and we will experience an extra thirty heatwave days per season; if we reach 4°C, these numbers increase to 5°C and sixty more days.

In other words, the relationship between average and extreme temperatures is very sensitive, and it only takes a small shift in average temperatures to invoke much hotter and more frequent heatwaves. So far, the globe has warmed by almost 1°C. This quite modest increase is responsible for the much larger changes in heatwaves we have measured.

There are similarities between this sensitive system and a toddler on the brink of throwing a tantrum. Toddlers only need a small change in their environment — such as being refused something they really want — to lose the plot. Their reaction is undoubtedly extreme compared to the underlying change, but it is also inevitable and unpleasant. The same is true of the relationship between average and extreme temperatures. We know that extremes are increasing, and we also know they are having adverse effects on human health, native ecosystems, agriculture and infrastructure.

Current predictions for the Australian summer show an ideal recipe for heatwaves. Both daytime and night-time temperatures are predicted to be warmer than average, as a result of both human-induced climate change and the other physical drivers that push the envelope of variability. Of the latter, there is a good chance of an El Niño developing, and there’s no doubt about the significant, positive relationship between the strength of an El Niño phase and the frequency of heatwave days over most of eastern Australia (though the NSW summer of 2016–17 demonstrated that this is not a hard-and-fast rule).

Dry conditions in New South Wales and Queensland during the 2017 and 2018 winters will further boost heatwaves: the drier the atmosphere, the more intense heatwaves can be, and the longer they can last. And we are much more likely to experience persistent synoptic high pressure systems, which transport hot air from the centre of Australia to heatwave-affected regions. Add our sensitive, tantrum-throwing toddler to that pushed envelope, and parts of Australia are perfectly set up for heatwaves this summer.

Then there are the flow-in effects of the heatwaves themselves. Droughts in winter and spring influence the duration and intensity of heatwaves, and then the heatwaves amplify drought conditions by drying out the land surface more quickly than usual. Not surprisingly, this tends to increase severe fire conditions. The hot winds and dry air synonymous with heatwaves further enhance bushfire conditions by fanning any fires that ignite.

We already have indications that an extreme summer is on the way. Although the recent heatwave and bushfire conditions in Central Queensland have eased, they were unprecedented. Persistent heatwave conditions have followed over much of the Northern Territory and Western Australia, and drier-than-average conditions are expected to persist in some regions throughout summer.

But weather, even at the seasonal scale, is a chaotic system. Seemingly small changes in current weather can result in larger, unpredictable events further down the line. This is why seasonal forecasts are expressed in terms of the chances of a particular temperature being attained or amount of rain falling, rather than the absolute values presented in weekly forecasts. While a hot and in some regions dry summer is highly likely for Australia, there is still a (somewhat small) chance that the next few months will not be as extreme as predicted.

Moreover, what drives hot conditions varies over the country. El Niño has no influence over heatwaves in the south, for example, and the extent to which recent droughts have primed current heatwave conditions varies greatly at local and regional scales. Thus, an extremely hot summer in one part of the country doesn’t always mean an equally extreme summer in another part.

It’s not that we should be distrustful of seasonal forecasts. Their reliability has dramatically improved in recent years, and they provide us with the best possible snapshot of what is most likely to happen, based on conditions when the prediction was made. Without them, we’d be flying blind into the season ahead.

Extreme temperatures will continue to fluctuate. Some summers will be hot, others will be closer to average. Yet, as average global temperatures continue to increase across the years and decades, longer, hotter and more frequent heatwaves will become much more regular seasonal fixtures. We can expect the toddler to be throwing tantrums much more often, and that’s something I doubt anyone really wants. •

What is the Liberal Party for?

History could help the Liberals out of their malaise

After an unprecedented run of electoral success, the Liberal Party was no closer to “discovering the nature of its soul” by 1966, the year prime minister Robert Menzies announced his retirement, said historian Ian Hancock. Menzies is shown at Parliament House in Canberra on 20 January 1966, the day he retired. N. Herfort/Sydney Morning Herald 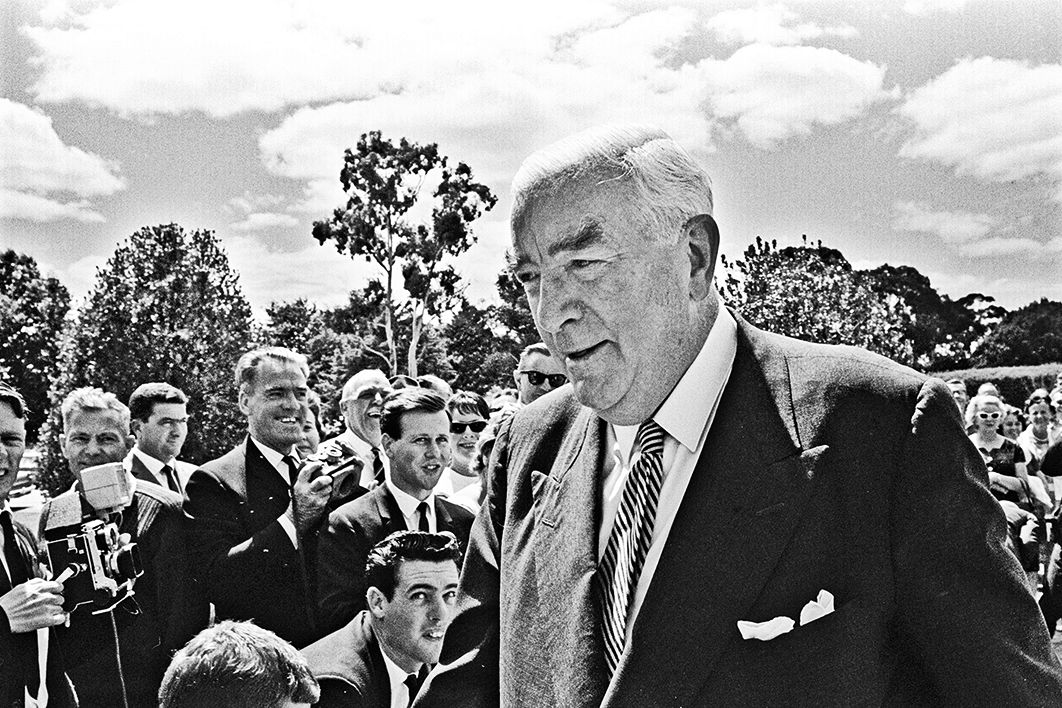 After an unprecedented run of electoral success, the Liberal Party was no closer to “discovering the nature of its soul” by 1966, the year prime minister Robert Menzies announced his retirement, said historian Ian Hancock. Menzies is shown at Parliament House in Canberra on 20 January 1966, the day he retired. N. Herfort/Sydney Morning Herald