All at sea in Brexitannia

The mutinies continue, but the endgame of Britain’s European drama could also be an opening 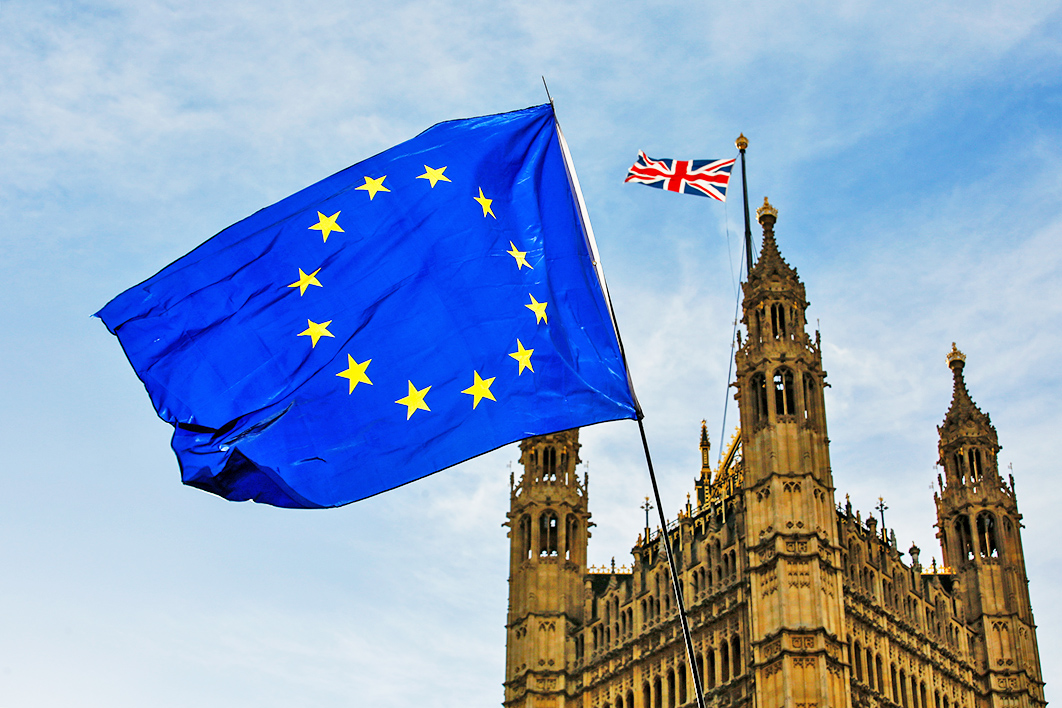 Any long journey ends with distinct new flavours: a change of air, a view of land, a shaft of light, a burst of sound. It’s somehow fitting that as the United Kingdom’s scheduled departure from the European Union nears, it is wrapped in fog. After three years of agonised limbo since the June 2016 referendum, and two since prime minister Theresa May began the legal process to make its verdict effective, Brexitannia — ever mired in wrangling among passengers and crew — still drifts towards an unknown destination. But if the course is uncertain, the skipper hapless, and the on-board vibe surly, an imminent tussle over the deck chairs will bring some clarity before the iceberg is due to hit on 29 March.

The latest epic week with its vital votes — terms that need a health warning, so drenched in hyperbole has the voyage been — finds a fractious House of Commons again at centre stage. Members of parliament, who rejected by a thumping majority the withdrawal agreement May’s team clinched in November with the European Union, are on Tuesday (12 March) being given a second dollop of the same stew. This one is garnished with Brussels’ reassurance over the contentious issue of the “backstop” preventing a hard border in Ireland, which most MPs see as an infringement of UK sovereignty. Above all, its backers insist that this deal is the only one available. Another government defeat, they say, carries the risk of Brexit not happening at all.

That outcome would distress most Conservative MPS, and relieve most of their Labour counterparts, though significant minorities among each take a contrary view. The more unbending “leavers,” who want a clean break with the EU, and the most ardent “remainers,” who wish to stay inside it, will vote against the deal with conviction. Many regard the prime minister’s word as a stopped clock in any case, and have ceased listening. After endless missteps May’s authority is frazzled, with Brexit seen as but a peak symbol of her wider ineptitude. Even her efforts to turn the Commons tide — which include a hasty new investment fund for deprived Labour-held, pro-Brexit northern English towns — are ill-thought and clumsily delivered. In these circumstances a good number of MPs, served her cold dish once more, will stay loyal to the classic British faith that something (else) will turn up.

If indeed the Commons again snubs the UK–EU agreement, Britain remains on track to leave the EU on 29 March. After Tuesday, the immediate options are narrow but may quickly expand. Horror at the prospect of a “no-deal exit” ensures that on Wednesday it, too, will be rejected. Next comes a vote requesting the EU to extend negotiations for a limited period. Were all twenty-seven EU member states to agree terms, further oven-ready domestic proposals will soon fill the gap: another referendum, a general election, citizens’ assemblies, a “Norway-plus” relationship, a reversal of the Article 50 decision that triggered departure.

Each has its parliamentary advocates, often now aligned in informal cross-party clusters of like-minded MPs who, this week, will try via clever amendments to advance their pet course. This bonding — for example, between Labour’s Yvette Cooper and the Tories’ Nick Boles, both former ministers — is seeded by frustration with the main parties’ leaderships. It also reflects the government’s slender majority since 2017, which has given backbenchers more space and voice, and pressures from constituents and lobbyists to halt Brexit (or, as with the Norway-style solution, reduce its pain). The Independent Group, a proto-party of seven moderate, pro-remain ex-Labour MPs later joined by three ex-Conservatives, wagers that its offer “to reach across outdated divides and build consensus” will find an echo among a fed-up public.

Such cooperation is in principle a welcome reaction to the era’s bitter political schisms. But in trying to stop Brexit, most initiatives inevitably also reinforce them. If compromise alone offers escape from this trap, voting for the UK–EU deal or joining Iceland, Liechtenstein and Norway in the European Economic Area are the realistic choices. It’s just possible that after spurning the former this week, the Commons will be given a last chance following the EU summit on 21–22 March and, with backs to the wall, comply.

Soon after, Theresa May might well be gone (and conceivably before, via a Commons vote of confidence then a cabinet revolt). Whatever the timing, her steerage has acted as both amplifier of Brexit’s divisions and self-protector from them. The damage to Britain and its reputation is immeasurable.

A telling index is her favouring of mediocrity over professionalism and independence of mind. Her foreign secretary, Jeremy Hunt, who in Beijing referred to his Chinese wife as Japanese, then praised Slovenia’s “transformation from a Soviet vassal state” (he presumably meant Slovakia) while standing beside his counterpart, Miro Cerar, in Ljubljana; her goofy defence secretary, Gavin Williamson, elevated from the whips’ office, who said Russia should simply “go away and shut up” and lauded British forces’ role in Lithuania (he meant Estonia); her Northern Ireland secretary, Karen Bradley, who stated that killings by British state forces during the conflict there were “not crimes” (untrue in a substantial number of cases). These humiliations are bad enough. Go even a touch deeper, over China and Japan for example, and the picture is far more serious. British statecraft is all at sea.

The focus on political leadership, or its lack, might seem overdone. More fashionable current themes are Britain’s “broken” constitution and electoral system, England’s “imperial nostalgia,” and the “reality” the country faces (the last of these three incessant Brexit clichés denotes “whatever the European Union says, does, rules, and thinks”). Such arguments, though in practice very often tendentious and uber-partisan, have their value.

But what the UK needs now, and has since at least the 2017 election, is a prime minister who speaks to the whole country, promotes the best, sets high standards, and looks ahead. Nothing less can lift Brexitannia from its pitiful state. Without a change of air, light, land, and sound, these years of frenetic stasis will prove the overture of yet more of the same. • 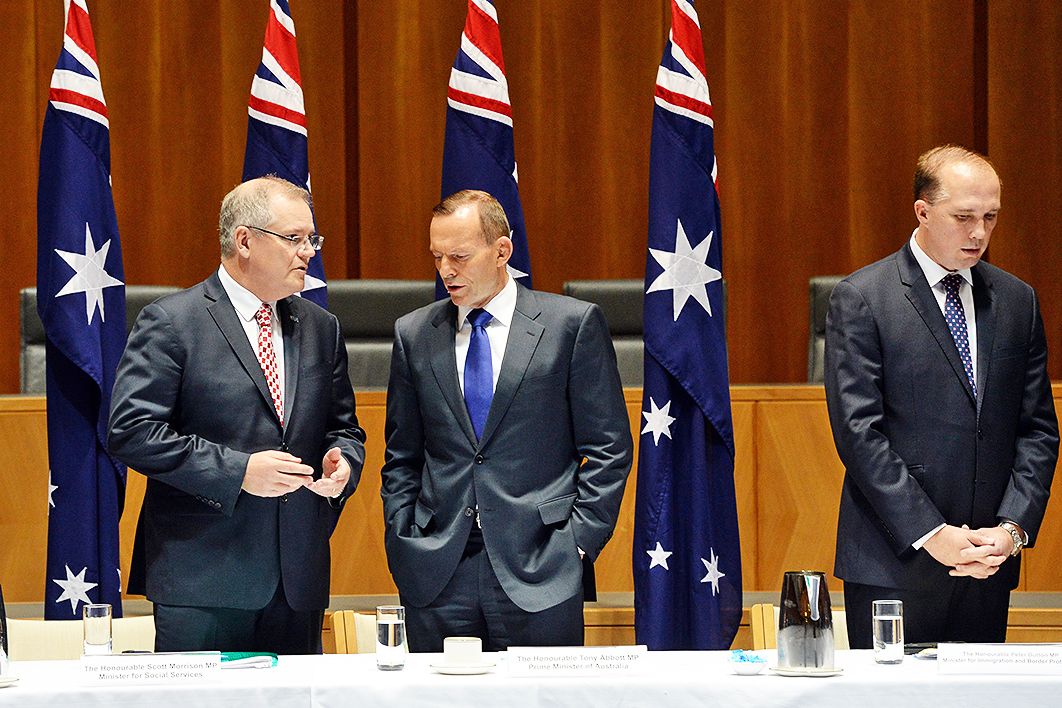