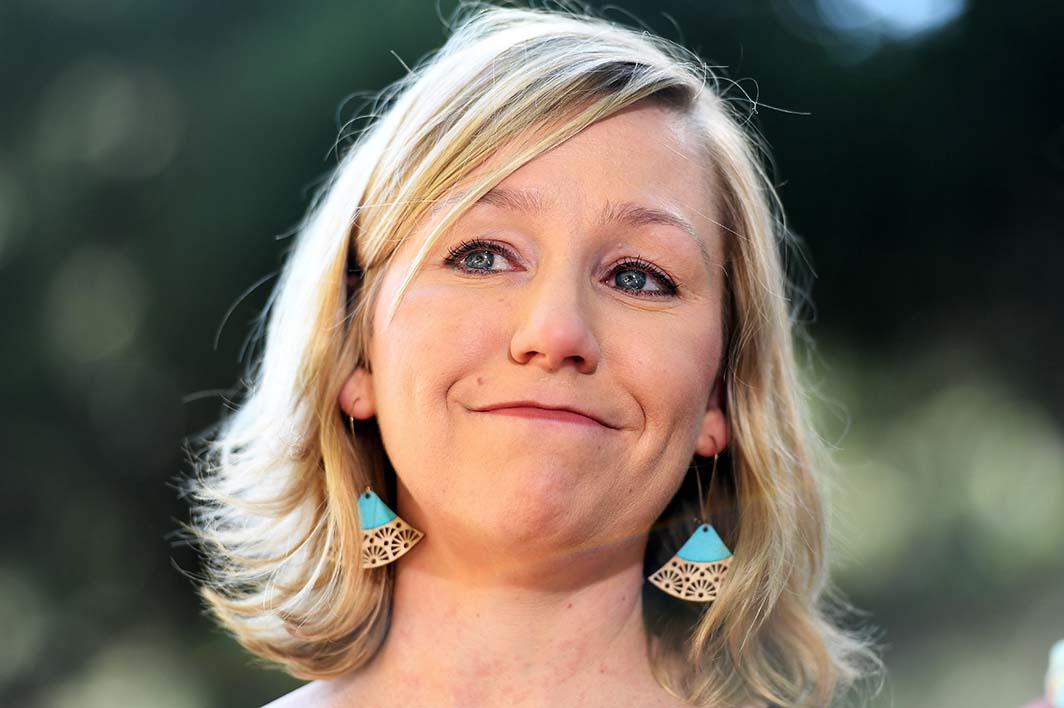 There were nine Green bottles. Within a week, two of them had accidentally fallen. First, WA senator Scott Ludlam; now, Queensland senator Larissa Waters. Both announced that they had unwittingly fallen foul of section 44 of the Constitution, in each case by holding dual citizenship. What is going on with parliamentary representation and qualifications in Canberra? And what can be done to address this farce?

First, to brass tacks. Senator Ludlam was born in New Zealand to Australian parents. He settled in Australia when he was eight years old and underwent a naturalisation process in his teens, which he assumed overrode any NZ allegiance. Senator Waters was born in Canada to Australian parents. They brought her back home at just eleven months of age. She, too, grew up believing that her formal Australian naturalisation overrode any Canadian ties. Canadian law was changed when she was a few days old, and subsequently a renunciation was required. The older law, still common in many countries, was that taking out a new citizenship (in Australia, for instance) automatically revoked one’s birth citizenship.

The idea that Australians who acquire dual citizenship by default – at birth, say, or via their parentage – are too conflicted to run for or serve in parliament is not so much arcane as absurd. The Constitution in this area is musty, dating from values of the 1890s. But even in those days neither Canada nor New Zealand, nor for that matter Britain, was considered legally “foreign.” So, ironically, in a multicultural twenty-first century, the disqualification is tighter in practice than when it was first written.

News outlets reported that each senator had “quit” parliament. In fact, their resignations are premature. The High Court will have to declare their elections void and order the Australian Electoral Commission to conduct recounts. In each case, the Greens candidate below them – by definition, a lesser-known mortal – will inherit the seat.

One is twenty-two-year-old disability activist Jordan Steele-John; the other, fifty-three-year-old former Democrats leader Andrew Bartlett. The party could lean on the two men to resign their windfall seats in favour of Ludlam and Waters, who could easily renounce their dual citizenship in the meantime to remove any theoretical conflict of interest.

Some conservative outlets took to blaming the senators for “forgetting” their nationality. Much more important were family lore and obscure foreign laws. Cases like these reflect a bias in the system: the major parties have the resources and professional advice to vet candidates against such laws; the minor parties are less blessed.

This year alone, four minor-party senators have lost office thanks to section 44’s obscure and often fuzzy rules. And one government member of the House is being sued by a Labor Party “common informer” querying his qualification. His crime? He owns a shop that is leased to an Australia Post licensee.

Given that the Australian Constitution fails even to guarantee a right to vote, all this is an anachronism. My April Inside Story article, “Entitled to Vote? Then You Should Be Entitled to Run,” explained the earlier cases and outlined some long-overdue reform options.

Without reform, we will remain hobbled by these irrational and faintly undemocratic rules. As with all public service positions, any real conflicts of interest that arise during an MP’s career should be dealt with through ethics advice from an auditor-general or integrity commissioner, and the removal of the conflict. Otherwise, electors should be able to elect any other elector they choose. •