Another blow for populism?

Jeremy Corbyn’s critics might brand him a populist, but that doesn’t explain how both major parties attracted surprisingly big shares of the vote in last week’s British election 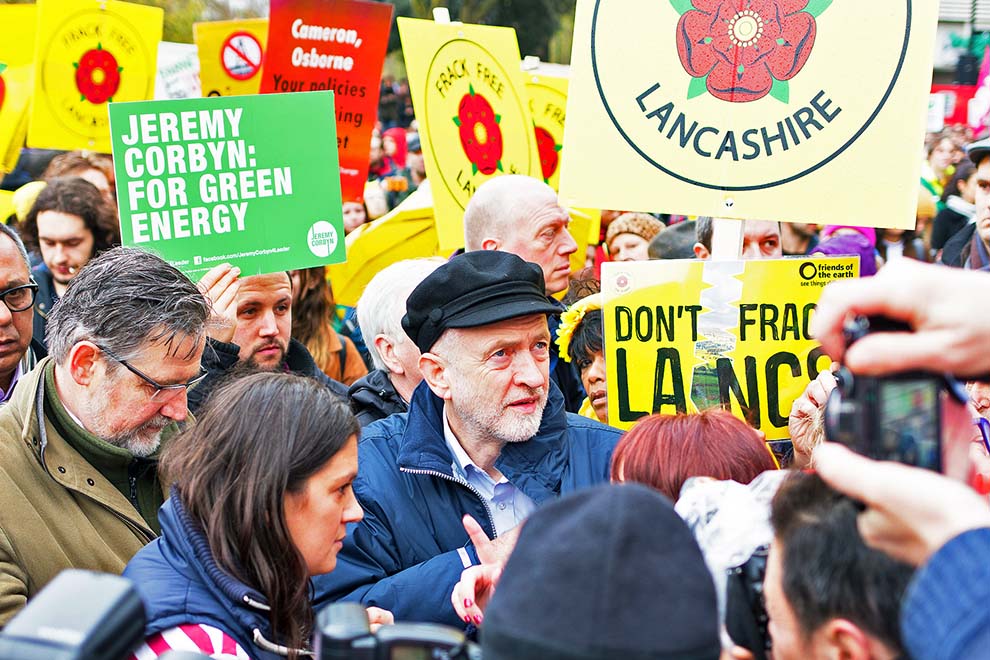 It happened again last week, in another major advanced democracy. People power had lumped a mainstream political party with an unelectable vote-repellent leader/candidate, but the polls had narrowed as the election campaign progressed, guffawing had given way to bewilderment, and it turned out that the political kryptonite was not so poisonous after all.

Drawing parallels between political events is often a facile exercise, but this time the comparison is apt. Both campaigns sprang, at least in part, from the same source: what’s commonly called “populism.”

These days, the term seems to mean popular but irresponsible – a middle finger to the elite, technocratic consensus, a rejection of the centre. In practice, politicians from major parties have long attempted to straddle the populist line, especially when they’re in opposition, attempting to capitalise – with a wink and a nod – on resentment at what are essentially bipartisan, if often less-than-popular, economic and immigration policies. But they’ve always been wary of straying too far from the acceptable centre.

Once upon a time, a candidacy as personally weird, racist and volatile as Trump’s, or one so unfashionably, drearily left-wing as Corbyn’s could be expected to end in ruin. Yet Trump’s vote was enough for victory in the electoral college, and Labour under Corbyn pushed the Conservatives back into minority government. Exit polls suggest that both results reflected an acceleration in the changes in voting patterns that have been developing over decades – namely, crossover of party support – and heightened turnout among the insurgent’s enthusiasts.

And yet it needs to be said – because it isn’t said nearly enough, and hopeful imitators around the globe appear to miss the details – that both “successes” occurred via a major party, with all its organisational and institutional strength and rusted-on support. A minor party led by Jeremy “Who?” Corbyn, or an independent Trump candidacy would have gone nowhere.

(Meanwhile, in France, a non-major-party, ultra-centrist presidential candidate whose manifesto read like a technocrat’s wish list triumphed over that country’s best-known “populist” and, this week, his party swept the parliamentary elections.)

And while Trump’s and Corbyn’s performances were certainly stunning, that was only when they were measured against earlier, rock-bottom expectations. Trump ended up with a modest victory, and Corbyn remained in opposition. Those early expectations were driven, as always, by the opinion polls.

At first, after each man became leader/candidate, the surveys appeared to vindicate mainstream judgements about their qualifications. This was more the case in Britain than in the United States, where the sheer volume of polls putting Clinton ahead perhaps created the illusion of a larger margin. In Britain, by contrast, the earlier leads, and hence the narrowing, were more dramatic; and by the final week gaps as great as twenty points in some pre-campaign surveys had shrunk to an average of about 6 per cent in the final days. A couple of pollsters, YouGov and Survation, put the result almost neck and neck, yet others had the Conservatives in front by double digits. It turned out that the close ones, which were assuming a high turnout among young voters, were right.

Had the polls showed a tight contest from the outset (leaving aside the fact that this would have meant no early election), anticipations of the result would have been different from the beginning.

After an election, particularly when a candidate outperforms expectations, a consensus quickly settles that only this individual could have pulled it off. In reality, we have no idea how a blander, “centrist” candidate would have gone in the United States or Britain: each would have presumably entered the campaign with more respectable opinion poll numbers and all that flows from them.

Many a Corbynista is currently crowing that under their man the party achieved its highest vote share since 2001 – so bettering Ed Miliband, Gordon Brown and Tony Blair (in 2005). But by this measure, Theresa May’s feat was even more impressive: the best Conservative result in over three decades, equalling (to one decimal place) Margaret Thatcher’s 1983 high-water mark.

Total Conservative-plus-Labour support last week was the highest since 1970. Yet isn’t part of the new democratic order, this populism, supposed to be a collapse of the centre left and centre right?

Picking election results will continue to be a fraught exercise. But just a thought: New Zealanders go to the polls in September with, thanks to polling, the governing coalition widely expected to trounce a lacklustre, divided, directionless opposition.

It might be worth ordering in a few tubs of popcorn for election night. •

National Affairs Triumph of the Greens Tim Colebatch 24 October 2020 Twelve years into their coalition with Labor in the ACT, the Greens are stronger than ever
Close