Schools policy is back on the election agenda, writes Ben Eltham. But will it lead to substantial reform? 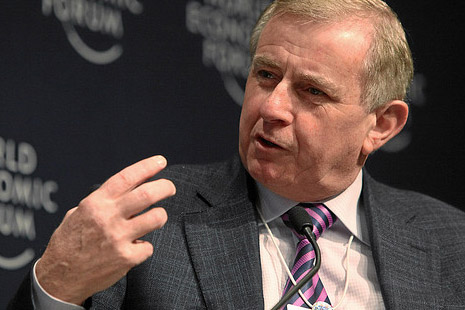 SIX YEARS after many in the Labor Party blamed Mark Latham’s schools policy for the loss of crucial Sydney seats in the 2004 election, schools are back as an election issue. Over the past week both Julia Gillard and Tony Abbott have promised parents tax breaks for education expenses. Labor’s policy was relatively modest, allowing parents to claim for school uniforms on top of their current allowances for things like laptops and schoolbooks. The Coalition’s announcement was more generous, allowing parents to claim for government and private school fees.

It is the tax break for private school fees that has generated much of the debate. Understandably, independent and religious schools welcomed the announcement. Public education advocates were aghast, seeing Abbott’s policy as the beginning of a new Coalition attempt to privatise education or, even worse, as an attempt to introduce a type of voucher system for the public funding of schools. Labor ministers, including Wayne Swan and Simon Crean, and independent analysts say that Abbott’s tax break could prove very expensive as increasing numbers of parents become aware of it and claim accordingly. This won’t worry the opposition leader, who has shown a Howard-esque liking for policies that channel public subsidies to citizens and private providers in spheres such as health insurance and paid parental leave. Meanwhile, conservative education commentator Kevin Donnelly has claimed that Labor will renege on its pledges to maintain support for private schools. Donnelly wants more Commonwealth funding for these schools, not less.

For those seeking genuine public policy discussion in this election campaign, the re-opening of the schools debate is a welcome development. It gives us the chance to revisit the current arrangements for federal funding of schools, and to examine whether there is a need for reform. This is sorely needed because, on any rational analysis, schools funding is a mess.

The way the Commonwealth and state governments fund schools in Australia is poorly understood. That’s not surprising, because the current system is complex, opaque and politically charged. There is a maze of different policies and formulas, as this excellent policy paper by the Australian Council of Educational Research’s Andrew Dowling points out. Funding is fragmented between the Commonwealth and states and territories, and across the system, with different formulas and policies in place for government, independent and Catholic schools.

There are many quirks and inconsistencies in the way these formulas are calculated and applied. The AGSRC, for example, is an aggregated average across all the states and territories, which means that the average is dragged down by states or territories that spend less on education; using the average to determine the common level of federal assistance effectively penalises states that spend more. The AGSRC last year was roughly $8000 for primary schools and $10,000 for secondary schools.

The SES formula, meanwhile, is used to give non-government schools a set percentage of the AGSRC, based on the relative wealth or poverty of that school’s students. This formula is relatively inexact, however, because it bases socio-economic status on the census districts in which students live, not the actual incomes of their parents. Hence, independent schools can benefit by enrolling relatively well-off students from poor suburbs.

And there is a broader problem with the SES formula model, which is that it is itself based on the AGSRC. This means it uses costs at state government schools as the basis on which to fund private schools. But as students drift away from public education, the costs of state schools per student increase – automatically channelling more funding to private schools. It’s a positive feedback loop that has no sound policy justification.

But sound policy has rarely been the primary motivation when it comes to Australian schools funding policy, as can be seen in the strangely inconsistent way the SES formula is applied. In fact, the government does not even apply the SES formula to all the independent and Catholic schools it funds. Instead, perhaps half of the private schools in Australia are in a series of special funding categories that mean they receive more than their SES score says they should. This came about because, back in the early 2000s, the Howard government committed to quarantining private schools from any reduction in their funding, ensuring that no independent school would be worse off. Burned by the private schools backlash against Latham, Kevin Rudd committed to keeping this absurd arrangement in the run-up to the last election.

The discrepancy between actual schools funding and the levels the SES formula says they should receive are not small. According to figures obtained by the NSW Greens, Masada College in leafy St Ives would be entitled to receive $579,176 on current SES figures; in 2009 it received $925,850. For Wenona School, the figures are $1.4 million and $1.8 million respectively. Total Commonwealth over-payments to private schools may total $2.7 billion over the current 2009–12 funding cycle.

The end result of this complex system is comprehensive policy failure at both state and federal levels. As Andrew Dowling observes, despite the many different systems for channelling funds to schools in this country, “none operate in unison and none calculate their combined effect.” Dowling concludes that “there is no unified system for gauging the existing resource levels of schools” and that “consequently, there is no understanding of the real levels of need that exist at individual schools.”

If the funding system is complex, the results are all too clear. Elite private schools boast gleaming new classrooms, libraries and sports facilities, while government schools are increasingly dilapidated. And yet, such is the level of public debate about schools policy in this country, the Rudd government’s highly successful schools stimulus program was viciously attacked by the opposition and many parts of the media for being wasteful and unnecessary – despite findings by the auditor-general that principals of primary schools (the focus of the audit) were overwhelmingly pleased with their new buildings.

The huge dollars now flowing to non-government schools in Australia means that the increasing privatisation of schools is actually a kind of accounting trick. While many independent schools look, feel and claim to be private, they actually receive the vast bulk of their funding from the taxpayer. As Lindsay Connors has argued, we really have two public school systems: one with some hefty co-payments by parents, and an under-funded version run along traditional lines. The result is an increasingly inequitable and unfair education system.

Here at Inside Story, Dahle Suggett has drawn on recent research for the Foundation for Young Australians by Jack Keating to argue that Australia has an opportunity “to consider how all schools are resourced, and under what conditions.” Suggett calls for a fresh look at “a continuum of governance and funding options to apply to both government and non-government schools.”

What hasn’t had much attention in the campaign so far is the fact that schools funding is up for review if Labor returns to government. Although the party is desperate for funding not to become an election issue, the very fact that the review’s terms of reference – released earlier this month by the education minister, Simon Crean – will “draw from the best available evidence from Australia and around the world” must have wealthier independent schools worried. If the aim of the review really is, as the government says, “to be fair and transparent and not advantage one system over another,” then almost by definition they are in for some reduction in their funding.

In the meantime, with analysts like Kevin Donnelly dominating the schools debate so far in this election campaign, the media debate has focused almost exclusively on the interests of private schools, which teach just 30 per cent of Australian students. •

Ben Eltham is a Fellow with the Centre for Policy Development.