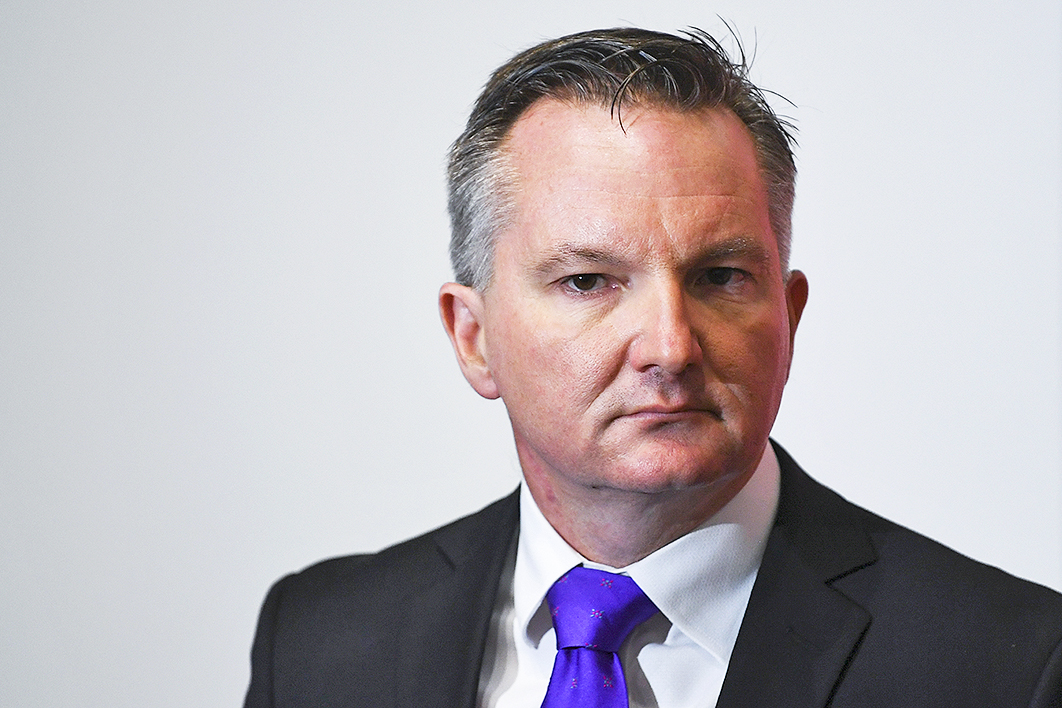 It seems unlikely that any Labor hardheads attribute the party’s substantial and persistent poll lead to the suite of policies announced by opposition frontbenchers over the past year or so. As they no doubt know, the main reason for Labor’s lead has been the disunity and ideological confusion within the Coalition that has left it increasingly incapable of governing itself, let alone the country. The test for Labor is yet to come: uncommitted voters, not renowned for taking a keen interest in policy announcements between elections, may be expected to tune in as we get closer to polling day.

Since the election of Gough Whitlam’s government in 1972, electorally successful opposition parties (led by Malcolm Fraser, Bob Hawke, John Howard, Kevin Rudd and, most recently, Tony Abbott) have essentially pursued a small-target approach, seeking to focus on the alleged shortcomings of the government and minimise the vulnerabilities that a too-detailed policy manifesto can expose. Risk avoidance of this kind possibly reached its height when Kevin Rudd described himself as a fiscal conservative in 2007.

The most celebrated attempt to buck this trend was made by John Hewson, the Liberal leader who lost the “unlosable” federal election in 1993. His proposal for a goods and services tax is widely seen as the main cause of the defeat, with prime minister Paul Keating running a masterclass in how to take apart a sucker who gives you more than an even break. But it’s important to remember that the Liberal leader’s apparent inability to explain the detail of his proposed GST may have contributed to his defeat as much as the tax itself. As Keating advised, if Hewson couldn’t explain the detail, why should the voter bother trying to understand it?

A quarter of a century later, Bill Shorten has taken a similar risk by offering a detailed range of policies. Assorted editorialists and commentators are delighted, but the wider electoral appeal of some of these policies is untested, and will possibly stay that way until they encounter the heat of the election campaign. Labor’s big-target approach gets full marks for political courage, but whether that turns out to be of the “very courageous, minister” variety remains to be seen.

Perhaps the most controversial have been Labor’s policies on negative gearing, the capital gains tax and dividend imputation. Significantly, all fall within the realm of economics, where Labor routinely trails the Coalition in public perceptions of competence.

Of the three, the dividend imputation policy might be the least electorally risky, involving a relatively small number of self-managed superannuants (estimated by Labor at around 200,000) who are seen by the party as unlikely to vote its way anyway. (In passing, it’s worth noting that the proposal affects the “less rich” more than the very rich, since those with superannuation accounts of more than $1.6 million are already paying tax on returns on income above that threshold and would presumably be eligible for a tax refund up to the amount of tax being paid.)

Labor’s potential vulnerability lies more in its plans for negative gearing and the capital gains tax. The reason is simple: they involve property, a matter of concern to a far greater proportion of the electorate than the esoterica of dividend imputation policy. To a considerable extent, Labor’s success in promoting these proposals will be determined by how voters see residential property. Is it primarily a place to live? Or is it primarily an investment? For those who own investment properties, it is clearly the latter, but even among those whose only residential property is the one they live in, it is often viewed not only as an “investment,” but also as an asset that should only ever appreciate in value.

At a time when property values in many areas are falling as a result of market forces, the Coalition is bound to argue that Labor’s plans will drive prices down even more, delivering a further blow to concerned property owners across the political spectrum. This is why media stories focusing on electorates with the highest incidence of negatively geared voters (mostly safe Liberal seats, of course) are missing the point: the Coalition will be attempting to create fears about the flow-on effect for property owners in all seats.

Apart from a scare campaign over Labor’s declared policies, the Coalition could also make mischief about changes not proposed. It isn’t hard to envisage the government claiming that an “anti-retiree” Labor government might lower the threshold above which retirees pay tax on returns on superannuation accounts (currently $1.6 million) and also seek to tighten the income test for access to the seniors health card. Labor would deny any such intentions, but so did the Coalition during the “Mediscare” campaign. The electoral potency of any accusation depends on the extent to which the accused can be seen to have form.

With no chance of a Senate majority, of course, Labor may be courting a lot of pain for uncertain gain, simply because none of the necessary legislation can be assured of a smooth passage through the upper house. Mindful of this fact, shadow treasurer Chris Bowen contended last weekend that, with Labor’s policies out there and tested in public debate up to election day, victory would bestow a clear mandate and should prompt a correspondingly cooperative attitude among senators.

“Mandate, schmandate,” long-term political observers might respond. There is simply no precedent in living memory for a Senate opposition (including a Labor one) to wave through legislation it opposes simply because the new government claims a mandate. Indeed, the concept can be seen to have died (if it ever existed) with the destruction of the Whitlam government. The double dissolution is the prescribed constitutional remedy for governments frustrated by Senate obstruction.

The Greens are likely to support the proposed measures, of course, but the combined Labor/Greens numbers won’t constitute a majority. Like many ministers before him, Bowen will be stuck with the challenge of negotiating with a disparate range of characters, all convinced of their own “mandates” and not necessarily seized with Bowen’s redistributive zeal. The more concessions Bowen is forced to make, the less revenue will be available for spending initiatives. This opens up a further line of potential Coalition attack during the election campaign: Labor’s figures can’t be trusted, the government could argue, because they are based on the unrealistic assumption that the Senate would pass all the relevant legislation without amendment.

That line of argument might impress some voters. On the other side of the ledger, the number of Coalition ministers announcing their retirement from politics has reinforced the perception that a change of government is a near certainty, leaving Labor wondering, what could go wrong? Despite the party’s enduring fear that the asylum seeker issue might cruel its chances, Inside Story’s Peter Brent is right to argue that this seems more a problem for the party’s psyche than anything else, and a tribute to John Howard’s lingering influence. It’s also probably safe to write off any electoral benefit from Scott Morrison’s attempts to rev up some version of the culture wars.

The odds are heavily against a government as disunited as this one, and any slim hope of survival might depend on another of Howard’s legacies — that shift in how Australians view residential property. If it trips Labor up, another generation might pass before an opposition is game enough to embrace the risks of a big-target strategy. •

Revised: Article amended on 31 January 2019 to reflect the fact that John Hewson was unable to explain the particulars of the GST during a TV interview rather than in a cake shop.

What we owe to the refugees on Manus

Anne McNevin reviews Behrouz Boochani’s No Friend but the Mountains, which this week won both the Non-Fiction Prize and the Victorian Prize for Literature at the 2019 Victorian Premier’s Literary Awards. 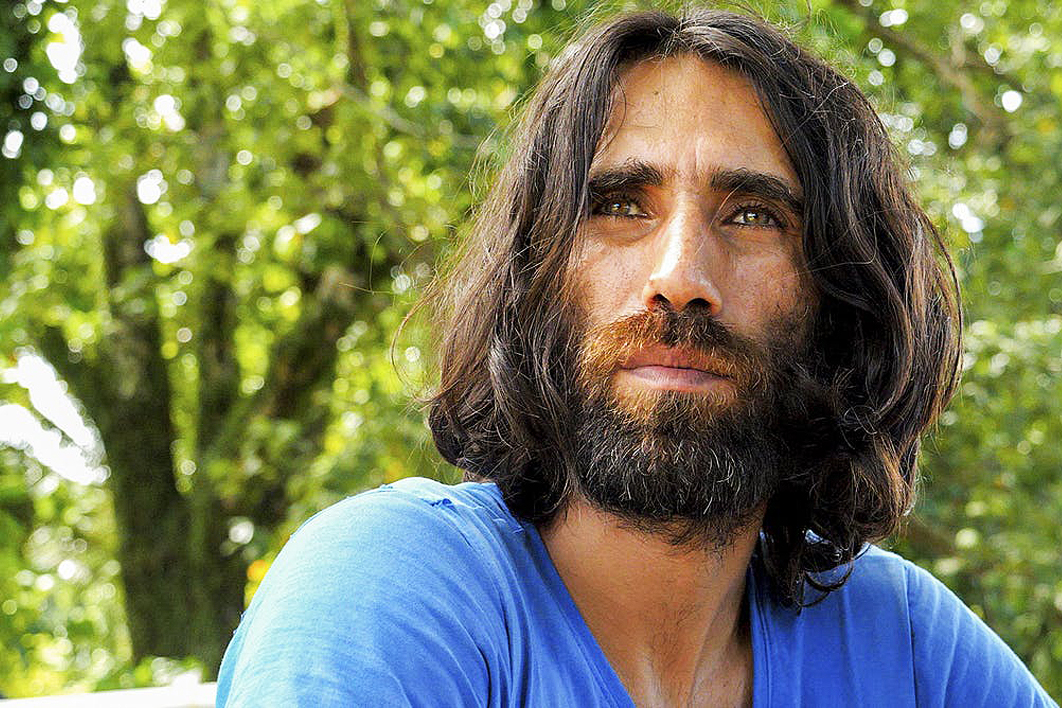