The Coalition has weathered periods of disunity before, but this time there’s the added problem of ructions within the National Party 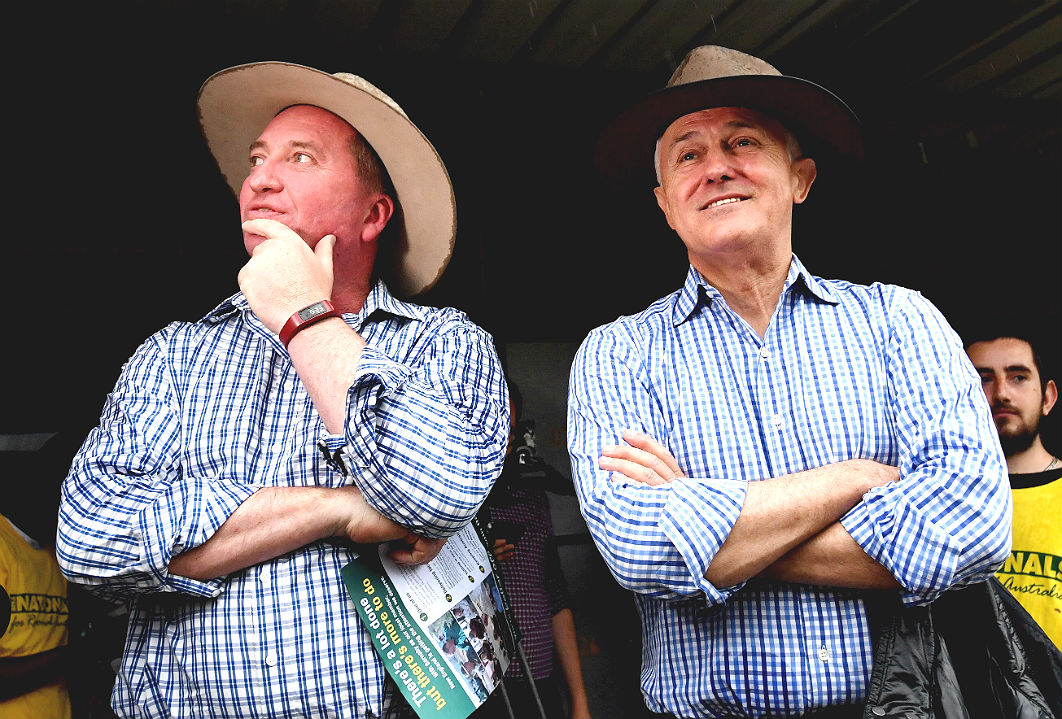 After the Liberals won Bennelong last weekend, we were assured that Malcolm Turnbull was back in the game and we could expect a more evenly balanced political contest in 2018. The prime minister’s win on same-sex marriage seemed a probable status-enhancer, and the looming ministerial reshuffle was a further chance to assert authority. And, of course, Bill Shorten, forever trailing on that “decisive” preferred-PM metric (while forever leading in voting-intention polls, the ones that really matter), remained a key Turnbull asset.

Mostly missing from this narrative was that old political adage, disunity is death, the truth of which was routinely demonstrated by Labor in the 1950s and 1960s. Put bluntly, history tells us that unless the Coalition can convince the electorate that it meets threshold levels of political harmony, it will find government very hard to retain. The initial response to Turnbull’s ministerial changes suggests that doing so will be challenging indeed. Every reshuffle produces winners and losers (and whingers), but the prime minister’s apparent need to placate conservatives at the expense of his natural supporters carries the dual handicap of highlighting ongoing internal differences and reminding the electorate that this is still not the authentic Turnbull.

Of course, the Liberals have experienced periods of disunity before — hardly surprisingly, given that its history now spans seventy-three years. After its founder Robert Menzies retired in 1966, the party went through five leaders in nine years, a figure that now seems less remarkable than it did at the time. For the most part, those changes, and the disunity they reflected, had more to do with the search for an electoral winner than a struggle for the ideological soul of the party.

That said, the differences between 1968 and 1975 were not without some ideological and policy content. John Gorton was heretically lukewarm about states’ rights and this, combined with his fairly non-consultative cabinet style and disdain for social conventions, made him a large swag of enemies in a short space of time. After the divided Coalition, now led by the unimposing Billy McMahon, lost government in 1972, party conservatives and moderates differed on how to respond to an apparently more progressive electorate. With the benefit of hindsight, it is possible to say that there was less to this struggle than met the eye, especially outside Victoria. And once the Whitlam government entered terminal decline after the 1974 election, those differences were largely buried and Malcolm Fraser led an ostensibly united team to victory in 1975.

Fraser, from the party’s conservative wing, ironically encountered most internal criticism from hardline neoliberals (the “dries”), concerned that the leader was failing to inflict his “life wasn’t meant to be easy” philosophy on enough of the population. But the critique was civilised and almost academic in tone, wasn’t associated with an alternative leader (certainly not leadership rival Andrew Peacock), and caused little electoral damage for the government.

Back in opposition for its longest-ever period (1983–96), the Liberals once again churned through various leaders. By the time a recycled John Howard led the party to victory, it was arguably a less broad church than had been the case over the preceding fifty years. Assisted by some preselection culling of more liberal elements, Howard managed the conservative and less-conservative wings with aplomb, a task in which electoral success was a reliable ally. Several Liberal MPs crossed the floor on various occasions, but this could not be portrayed as an existential threat to the regime. Differences over specific policies (such as asylum seekers) were not battles to define the party.

And the Liberals’ partner, the National Party? Menzies regarded the creation of an enduring coalition with the Country Party, as it was then named, as one of his main achievements. The leaders with whom he dealt (Arthur Fadden and John McEwen) delivered a largely united party. By contrast, today’s National Party lacks the internal unity of previous years, with a major contributing factor being the re-emergence of One Nation as a force on the right, especially in Queensland.

The merger of the Queensland Liberal and National parties might have seemed like a good idea when it was engineered in 2008, but its proponents couldn’t have foreseen how a revitalised One Nation (and indeed Katter’s Australian Party) would depict the Nationals’ absorption as evidence that they had sold out to Brisbane-based Liberals. With the state having returned to a compulsory-preferential voting system, the need for the LNP to placate One Nation supporters in some way was bound to alienate Brisbane voters who find Pauline Hanson’s party anathema. And while the state election demonstrated One Nation’s limited ability to win seats, its uneven record with preferences certainly leaves some sitting LNP MPs vulnerable at the next federal election. With de-amalgamation of the LNP not entirely out of the question, rocky times lie ahead.

It’s also important to remember that Malcolm Turnbull is hardly the Nationals’ preferred leader for their coalition partner. Indeed, it is hard to think of any Liberal leader since the party’s formation who has been less compatible with the Nationals in background, values and style.

The times have been challenging, but Barnaby Joyce has been notably unsuccessful in imposing the discipline achieved by previous leaders, notably the legendary McEwen, who led the party from 1958 to 1971 and was so effective as leader, minister and parliamentarian that some Liberals briefly considered him as a post-Menzies prime ministerial option in the early 1960s. And while politics occasionally requires a leader to replace a talented minister with a less talented aspirant, this week’s ministerial changes will test Joyce’s ability to manage his party room. It will be interesting to see whether his performance justifies the views of the media cheer squad that has viewed him (without obvious evidence) as some sort of political genius.

And so, while no government can ever be written off, the Coalition faces a unity problem possibly not seen by the conservatives since the late 1930s/early 1940s. A section of the Liberal Party doesn’t regard Malcolm Turnbull as a legitimate representative of the party’s values, and has shown no willingness to mute those views in the interests of party unity and electoral rehabilitation. Combine that problem with a National Party facing a populist assault on its right flank, and the Coalition would be foolish to rely on Bill Shorten’s shortcomings as a route to survival. Of course, it may be that a modern electorate is more at home with a range of differing views within a party, but that is probably not a risk many would want to take. ●

Paul Rodan is an adjunct professor in the Department of Social Sciences at Swinburne University of Technology.