Can Crown go down? 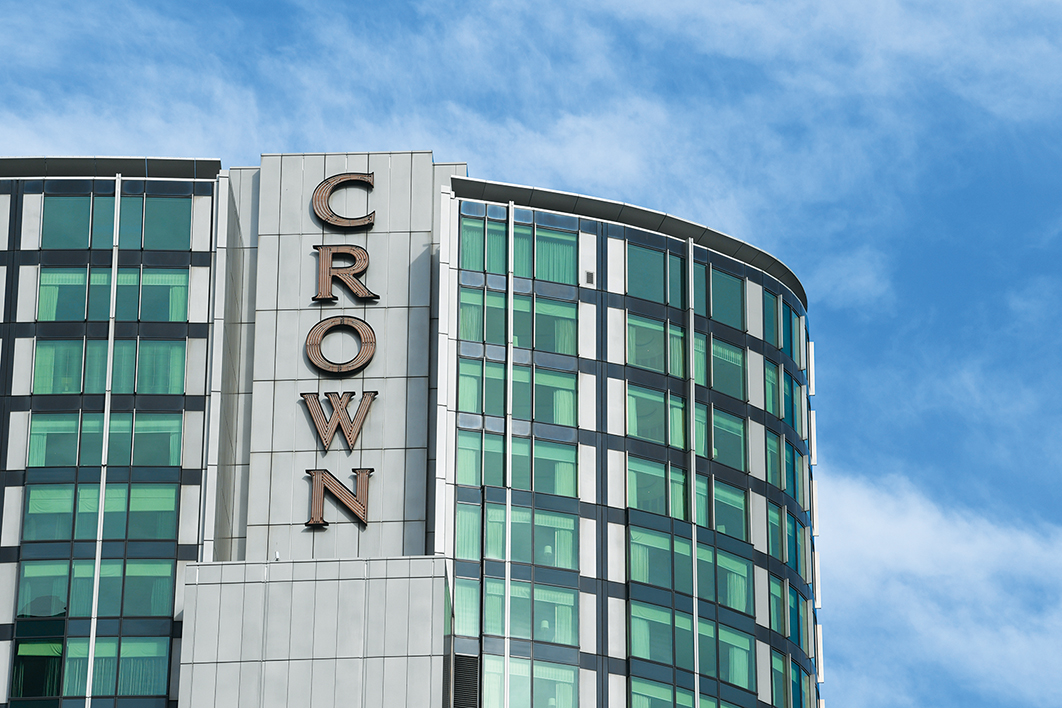 It was October 2017 and the fortunes of Crown Resorts Ltd were at a crossroads. The company, very much under the influence of James Packer, had abandoned its international ambitions, pulling out of a joint venture in Macau and dumping its second bid for a Las Vegas casino. Shonica Guy, who lost a fortune on poker machines, had commenced proceedings in the Federal Court, arguing that Crown’s poker machines were misleading and deceptive under consumer law. Tasmanian federal MP Andrew Wilkie had used whistleblower evidence to allege that Crown had tampered with poker machines at the Melbourne casino. The year before, nineteen of Crown’s staff had been arrested and detained in China, accused of breaching China’s prohibition on the promotion of overseas gambling destinations.

At the company’s AGM, directors faced a barrage of questioning from gambling reformers. One asked how much Crown and Packer knew about the experiences of those harmed by gambling, and particularly gambling on poker machines. Packer professed to be sympathetic: Crown endeavoured to be a good corporate citizen, he said, “but we are not perfect.”

Shonica Guy’s case against Crown didn’t succeed, but the allegations of machine tampering (which Packer labelled “a lie”) led to a fine of $300,000 by the Victorian Commission for Gambling and Liquor Regulation. At that stage, this was the largest fine ever imposed by the Victorian regulator. The China accusations and Crown’s allegedly poor treatment of staff would continue to haunt the company for years, all the way to the Victorian royal commission, led by Ray Finkelstein QC.

Yet Packer remained upbeat. His confidence in the success of the Barangaroo development on Sydney Harbour was growing daily, he said. Crown’s well-cultivated political connections and network of influence appeared impregnable.

Then, in mid 2019, long-circulating rumours about Crown’s operating practices coalesced into a series of sensational media reports in the Nine newspapers and TV network that alleged extensive money laundering, poor treatment of Crown’s staff in China, and criminal infiltration of the casinos in Melbourne and Perth.

Crown denied these reports, going to the extent of taking out a full-page advertisement in major newspapers signed by the board. Nonetheless, it was clear that the company had a case to answer. In Sydney, the resulting Bergin inquiry lifted the lid on money laundering and criminal infiltration; as a result, Crown’s Sydney casino has yet to open.

The bad press continued this week when Adrian Finanzio SC, senior counsel assisting the Victorian royal commission into the casino and casino operator, made his final submission. In his view, it was open to the commission to conclude that Crown was not suitable to operate the casino and that it was not in the public interest for it to do so. In effect, he was saying that Crown should lose its licence on multiple grounds.

Unlike the Bergin inquiry, which concentrated on Crown’s money laundering record, Victoria’s royal commission expanded its gaze to include issues such as Crown’s application of its Responsible Gambling Code of Conduct, its breaching of the Casino Control Act by allowing patrons to convert credit card purchases into gambling chips, the underpayment of gambling tax, Crown’s combative relationship with the regulator and other authorities, and the doubtful feasibility of the reform program that Crown has initiated.

It was also clear that Crown failed to produce documents for the Bergin inquiry until months after they should have been provided. Finanzio applied the analogy of an “accused in a criminal trial standing behind the onus of proof and taking every point to avoid conviction” — except that Crown has an obligation to meet a test of character, honesty and integrity. In fact, Crown had demonstrated the opposite, even quite recently, and some employees who had clearly failed to meet those standards remained in the organisation.

Finanzio also pointed out that the Bergin inquiry had been confined somewhat narrowly to certain aspects of Crown’s activities when it outlined potential reforms. The Victorian commission had found a much deeper set of problems “of culture and risk… through more levels of the organisation than the Bergin inquiry could ever have anticipated.” Indeed, everywhere the commission had looked “it has unearthed behaviour that is deeply troubling and obviously ingrained.”

Bergin associated Crown’s culture and governance problems with the influence of James Packer and his company CPH. Because of this, Packer, who retains a significant slice of the Crown shares, is prohibited from exercising his influence via CPH until at least 2024. Finanzio went further, submitting that no shareholder in Crown Melbourne should exceed a 5 per cent interest without permission from the regulator. The Packer influence, if it remains, looks to be further diluted.

There is a strong case that Crown is not a suitable operator. Bergin found that the path to reform would be difficult and uncertain. To say this has been reinforced by the Victorian evidence and submissions from counsel is to put the situation mildly. Finanzio also saw many impediments to Crown’s rendering itself suitable, not least the continued tenure of Helen Coonan, current executive chair, and Xavier Walsh, chief executive of Crown Melbourne.

And the public interest in taking away Crown’s licence? Adrian Finanzio argued strongly that many matters need to be considered. Employment and state revenue are significant, but so too is the loss of confidence among many stakeholders, not least the people of Victoria. What action Crown could take to restore that confidence is difficult to imagine.

It’s hard to see how anything other than a loss of licence could convince anyone that gambling regulation is taken seriously in Victoria, or Australia more generally. Crown’s longstanding disregard for its responsibilities, and its recurring misconduct and breaches of regulation and legislation are breathtaking, and at the most serious end of the spectrum of misconduct.

As Finanzio put it, “It is open on all of the evidence for those regulating Crown Melbourne’s affairs to doubt whether they could ever trust Crown Melbourne again. The Casino Control Act demands that a licensee is suitable, rather than one in transition to or on a journey to suitability. The Casino Control Act contemplates that the casino licence is reposed in a person who is capable of maintaining the trust and confidence of the community and the credibility, integrity and stability of those operations. Crown is neither of those things.”

Crown (and other parties with leave to appear) will have its chance to argue its case when the commission reconvenes on 3 August. With premier Dan Andrews pledging to accept the commission’s recommendations, the stakes are high — not just for the company’s value and credibility, but also for the future of Australian gambling regulation. Politically, it would be difficult for the government to do anything but accept Finkelstein’s advice.

Whatever else occurs, the seemingly impregnable edifice of Crown, constructed from influence, compliant political and regulatory institutions, and a disregard for public perceptions, has been breached. There is a good chance it may end up as a monument to failed ambition, hubris, greed and arrogance. We shall see. •

Charles Livingstone has been researching gambling and its impacts for over twenty years. He is an Associate Professor with Monash University’s School of Public Health and Preventive Medicine. 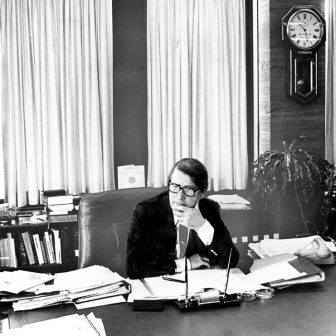 Essays & Reportage Was Neville Wran corrupt? Rodney Tiffen 31 August 2021 The former NSW premier’s time in office was dogged by allegations, but do they stand up? 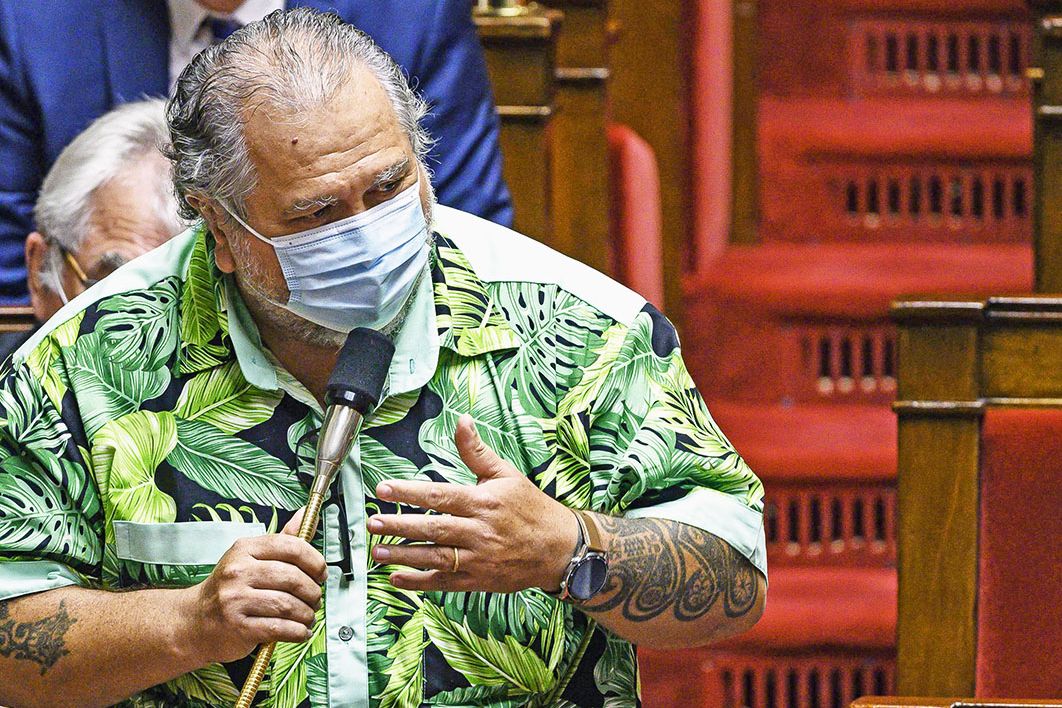