Music | Mahan Esfahani wants to rescue the harpsichord from history 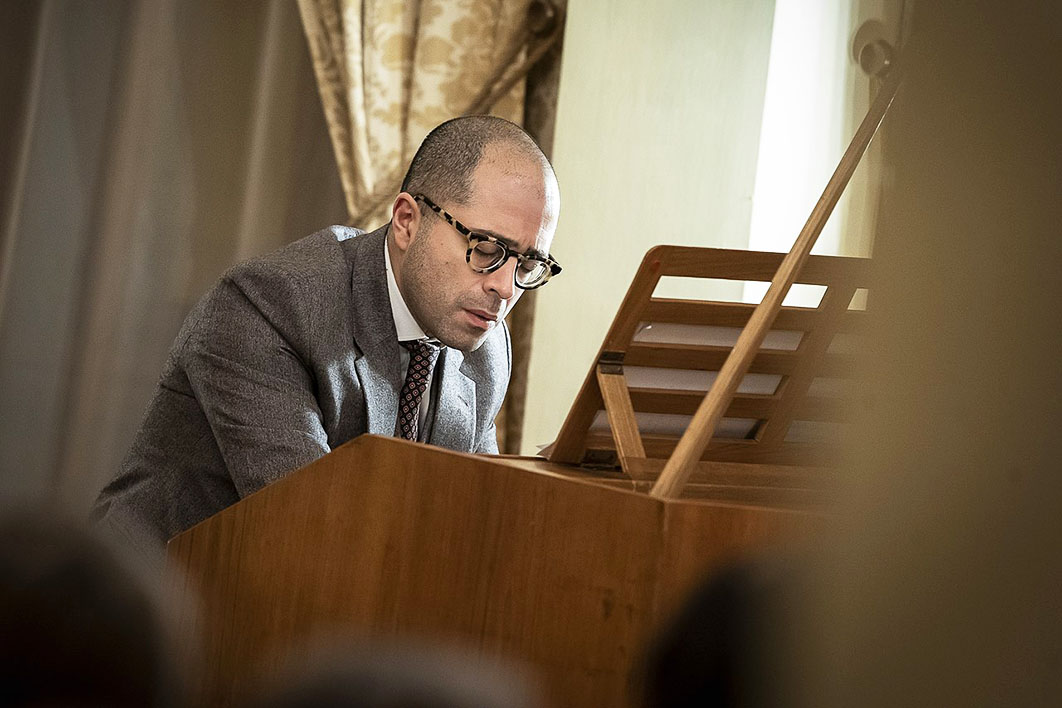 Prodigious technique: Mahan Esfahani playing at a benefit concert for the Bohuslav Martinů Institute in Prague in November 2018. Petra Hajská

Not all musical instruments are equal. Take the bassoon, which is currently a favourite of mine for the expressive quality of its top range and the sheer buzzing pungency of its bottom. Perhaps, had Beethoven and Brahms written bassoon sonatas, and Miles Davis and John Coltrane been bassoonists, things might have been different; perhaps if the instrument were used in pop music (off the top of my head, I can think only of Smokey Robinson’s “Tears of a Clown” and Donovan’s “Jennifer Juniper,” both half a century ago). But no — the bassoon, in most people’s ears, is one of music’s poor relations.

There have always been neglected instruments. Sometimes, they’re neglected because they have become stereotyped, like the harp and the classical guitar once were. The harp required rescuing from Harpo Marx and any number of Hollywood dream sequences; the guitar had to be saved from Spain.

The harpist and composer Carlos Salzedo (1885–1961) set about the first task, writing a body of virtuosic music for his instrument that expanded the repertoire and served as an inspiration to other composers. Julian Bream (1933–2020) did more than anyone to make the guitar into a serious recital and concerto instrument, commissioning works from Benjamin Britten, William Walton and Michael Tippett, Malcolm Arnold, Hans Werner Henze and Tōru Takemitsu. In some cases he had to cajole them into writing their pieces.

If Bream’s legendary predecessor, Andrés Segovia, had had the same presence of mind, the guitar repertoire might contain works by early twentieth-century composers such as Bartók and Ravel, Schoenberg and Stravinsky. But none of them wrote a note of guitar music. Even Manuel de Falla failed to write more than a single miniature for the instrument, and he was Spanish. What was Segovia thinking? Performers, as much as composers, have a duty to expand and renew the repertoire of their instruments.

These musings started back in August, when Bream died and the extent of his contribution loomed large. Then, the other week, I heard an album of modern harpsichord music from Mahan Esfahani. Here’s another instrument that needs saving from its own reputation, and Esfahani has nothing less in mind. Harpsichords have long turned up in horror-movie soundtracks, sometimes to create a sort of sophisticated, old-world creepiness. Hannibal Lecter springs to mind. There’s the old adage “Never trust a pop song with a harpsichord,” the instrument generally used to bring a gloss of sophistication to songs that otherwise have none. Van Morrison’s “Cyprus Avenue” is an exception.

In the concert hall, there is plenty of music for the instrument — both as a soloist and in ensembles — and nearly all of it from the seventeenth and eighteenth centuries. Yet for some reason the harpsichord is considered an old instrument while the flute and trumpet — which are older — are not.

To make matters worse, the harpsichord has been captured by early-music specialists, whose attitude to both the instrument and its repertoire is often exclusive. The latest research says Bach was played this way or that, and if you play his music differently, you’re at best an iconoclast, at worst a dummy. It’s a curious attitude and very much tied to the instrument. Even such a polarising figure as Glenn Gould, who played Bach on the piano, is seldom berated for playing it “the wrong way” — on the piano, an instrument unknown to Bach, there is no “right way.” But at the harpsichord, players are meant to follow historically informed fashion.

Esfahani doesn’t. The only thing to come between the notes on the page and his own imagination — and this is not unlike Gould — is his prodigious technique. His recording of Bach’s Goldberg Variations was among the freshest I’ve heard, especially the flexible tempos and the non-dogmatic approach to ornamentation. But Esfahani is also determined that the harpsichord escape history, and to that end he plays a lot of modern music, much of it written for him. Four years ago, at a concert in Cologne, his performance of a piece by Steve Reich was booed and heckled. At the time, some newspapers reported the incident as a racist attack, but it seems more likely that the sensibilities upset were those of audience members finding it hard to think of the harpsichord as anything other than cosily historical.

In fact Esfahani’s work isn’t as fully cut out for him as Bream’s was. There are quite a lot of twentieth- and twenty-first-century pieces for harpsichord, even if we don’t often hear them in concert. Pioneering harpsichordists in the middle of the last century — figures such as Wanda Landowska and Ralph Kirkpatrick — commissioned works and inspired others. There are concertos by Falla, Poulenc, Martinů and Frank Martin (the first two written for Landowska); there’s a big, complex double concerto for piano, harpsichord and two chamber orchestras by Elliott Carter (for Kirkpatrick); and more recently there are pieces by the likes of Xenakis and Ligeti, Górecki and Glass.

On the new album, Musique?, only one of the six pieces was written for Esfahani. Two of them, indeed, had been composed before he was born — Henry Cowell’s Set of Four (written in 1960 for Kirkpatrick) and Luc Ferrari’s pounding and polemical, if initially seductive, Programme commun “Musique socialiste?” (1972), from which the album borrows its interrogative title. Arguably the most remarkable aspect of these six works is their variety of style and sonority. They range from Takemitsu’s gently lyrical Rain Dreaming (1986) to the frankly apocalyptic Intertwined Distances (2018) by Anahita Abbasi, a young composer born, like Esfahani, in Iran. Listen to its waves of seething anger, electronically picked up, amplified and sent whirling through space, and you will never again associate the harpsichord with powdered wigs. •