Could Tony Abbott have won the 2016 election?

And how much did Labor’s “Mediscare” campaign narrow the margin? The Australian Electoral Study has its answers 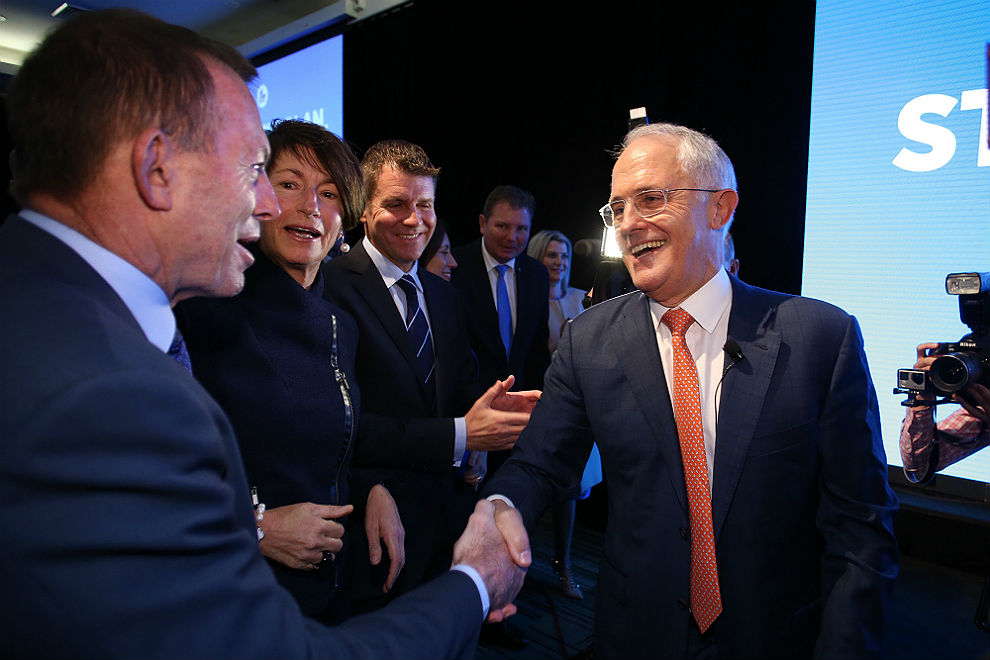 One of the most vexed questions about the last election, at least among conservatives, is whether Tony Abbott could have won if he had remained prime minister.

And the answer? No, he couldn’t have. At least, not if you accept newly released findings from the Australian Election Study, or AES. Conducted after every election since 1987, it is the most detailed survey of long-term voting trends in Australia.

The latest AES results also question what has become conventional wisdom: that “Mediscare” – Labor’s attempt to scare voters witless by claiming the government had a secret agenda to privatise Medicare – was the killer issue that almost cost the Coalition the 2016 election. In short, elections are more complicated than that.

Of course, the idea when Turnbull staged his coup against Abbott in 2015 was that the new prime minister’s high standing among voters would end the run of thirty consecutive Newspolls in which, as he reminded us, the Coalition had trailed Labor. Next, the government would go to an election and win a thumping majority, and Turnbull would throw off the shackles of a right-wing party room and govern with unchallenged authority.

The AES findings show just how quickly Turnbull’s gloss wore off. It asked voters to rate current leaders, as well as Abbott, on a scale of 0 to 10, with 5 being a neutral score. Turnbull topped the list at 4.9, but he compared poorly with some of his predecessors as prime minister, including Kevin Rudd, who rated 6.3 in 2007, Bob Hawke on 6.2 in 1987, and John Howard on 5.7 in 1996.

But Turnbull was more popular – or, more correctly, less unpopular – than Bill Shorten, who rated 4.2. Even though they led parties with much smaller voting bases, the Nationals’ Barnaby Joyce and the Greens’ Richard Di Natale followed closely behind with 4.1. Lagging the field was Tony Abbott on 3.6.

In a chapter for a new book on the election to be published later this year by ANU Press, Clive Bean of Queensland’s University of Technology, one of the academics who conduct and analyse the survey, uses multivariate statistical analysis to calculate the factors that significantly influenced the vote. His finding is that Turnbull’s leadership actually reduced the Coalition vote by about 0.15 per cent. But Shorten dragged Labor’s vote down by nearly 0.9 per cent. “The net effect for the leaders was thus about three-quarters of 1 per cent in favour of the Coalition,” Bean writes.

The figures allow Bean to make a hypothetical assessment of the impact of replacing Abbott with Turnbull:

Assuming the same level of effect on individual voting decisions if Abbott had remained and taking account of Abbott’s much lower rating (3.6 compared to Turnbull’s 4.9)… the benefit to the Coalition vote of replacing Abbott with Turnbull was just under 2 per cent. Given the closeness of the final result (a two-party-preferred margin of only 0.72 per cent), one clear implication of this calculation is that if Abbott had remained prime minister the Coalition would have lost the election, all other things being equal.

Abbott supporters are unlikely to be convinced. They’d argue that he won in 2013 despite being unpopular, and that the rating voters gave him following last year’s election came after he had lost the leadership. But despite his big win in 2013, Abbott still only rated 4.3 in that year’s AES; nor did he become popular after he became PM. It is as plausible to argue that the 3.6 rating voters gave him after the 2016 election would have been lower if he had remained prime minister as it is to say it would have been higher.

This is particularly the case because Abbott’s trademark is negative politics. Unencumbered by Turnbull’s promise to elevate politics to a higher plane, Abbott would have run a different, more aggressive and possibly more effective campaign last year, at least in terms of taking the fight to Labor. But that would probably have come at the cost of making him even less popular among voters, who consistently say they hate this type of politics.

On the issues, 24 per cent of voters picked health and Medicare as the most important election concern for them and their families – higher than any others on the list, including management of the economy (20 per cent) and education (12 per cent). The figure for health and Medicare was up from 19 per cent at the last election. Moreover, 45 per cent said Labor’s policy on health was closer than the Coalition’s to their own view of the issue – up eight percentage points from the last election. Those who preferred the Coalition’s policy fell from 27 per cent to 26 per cent, meaning a Labor lead of nineteen points on this issue.

While the survey didn’t specifically mention Labor’s Mediscare campaign, those figures certainly imply that it cut through. On the other hand, health nearly always rates as the top issue for voters. In fact, in three of the nine previous elections, voters preferred Labor’s policy on health over the Coalition’s by a larger margin than in 2016.

Bean calculates that health and education each benefited Labor’s vote by 0.8 per cent. With the taxation issue helping the Coalition by 0.25 per cent, this means that the net electoral benefit to Labor from issues that swung the vote in last year’s election was over 1.3 per cent. “Considering how close the election was in the end, the benefit from these issues could be argued to be what allowed Labor to push the Coalition to the brink of defeat…” he writes.

Unfortunately, however, the results of this analysis do not allow us to say whether it was the “Mediscare” strategy that caused the health issue to have the electoral impact it did. The evidence that the issue of health has had similar effects in other recent Australian elections… means that it is entirely possible that the health effect in 2016 had more to do with the issue agendas of the electorate than the campaign tactics of one of the major political parties.

The point Bean is making here, as explained to me, is that “election after election, come hell or high water, no matter how strongly health features as a campaign issue, it always matters to the voter.”

None of this is to say that Mediscare had no effect. It was a classic scare campaign – that is, one based on, at best, a very slender thread of evidence but designed to create doubt in people’s minds. Labor seized on a proposal within the government to outsource the Medicare benefit payments system to the private sector – an option that the Coalition abandoned during the campaign. The Coalition also disavowed any intention to privatise Medicare itself: a credible commitment considering that any such policy would be electoral suicide.

Given Labor’s long-term strong advantage on the health issue, any claimed threat by the Coalition to Medicare had the potential to resonate with voters. But that is different from Labor supporters claiming it as the killer issue or the government using it as the scapegoat for its near-death experience in the election. As Bean put it to me, “If the Coalition is saying we would have won easily apart from the Mediscare issue, that is probably a bit of a stretch.”

Taxation was nominated as the most important election issue by 11 per cent of voters surveyed – the same as in the previous election and below the average figure for elections going back to 1990. But on an issue that traditionally has favoured the Coalition parties, the gap with Labor shrank to two percentage points – the equal lowest in nine elections. About the same number as in recent elections favoured the Coalition’s policies on tax – 33 per cent – but those preferring Labor’s policies rose from 25 per cent to 31 per cent.

While most voters weren’t very concerned about taxation as an issue, Bean found that it really did matter for those who did regard it as important. The data doesn’t drill down far enough to determine the effect of individual tax policies. Speculatively, though, if Labor lost votes with its bold decision to campaign on tackling the affordable housing issue by reducing negative gearing and capital gains tax concessions, that may have been countered by the unpopularity of the Coalition’s promised company tax cuts and, among higher-income Liberal supporters, its superannuation changes.

Although subject to academic review, the conclusions drawn from successive Australian Election Studies have had their critics. Murray Goot, an emeritus professor of politics at Macquarie University who has written extensively on opinion polling, says respondents to the survey are heavily biased towards better-educated, older people and may also be skewed towards the more politically interested. As well, he points to the declining response rate to the surveys. Nevertheless, he has drawn extensively on the findings himself in the past.

The AES surveys are conducted after each election, with questionnaires sent out to a random sample. The response rate in the first survey in 1987 was 62.8 per cent, but it has fallen in every election since, with two exceptions, and the drops have been greatest in recent elections, so that in 2016 it was just 22.5 per cent.

But the AES has more than quadrupled the total sample over the thirty-year period, so that the number of valid responses of 2818 in 2016 was well above the average for AES surveys and higher than that used in most opinion polls. These responses are then weighted for factors such as age, gender, state of residence and how people voted to turn the survey into what the AES says is a representative sample of the Australian voting population. The problem with this, according to Goot, is that the weighting assumes that those who did not respond have the same views as those in the sample.

The value of the AES is that it is much more comprehensive than other opinion polls, which often also have similar problems, and that it shows trends in voting behaviour stretching over a thirty-year period.

Options for housing affordability: the good, the bad and the cosmetic

Governments are favouring the easy but ineffectual options for reform 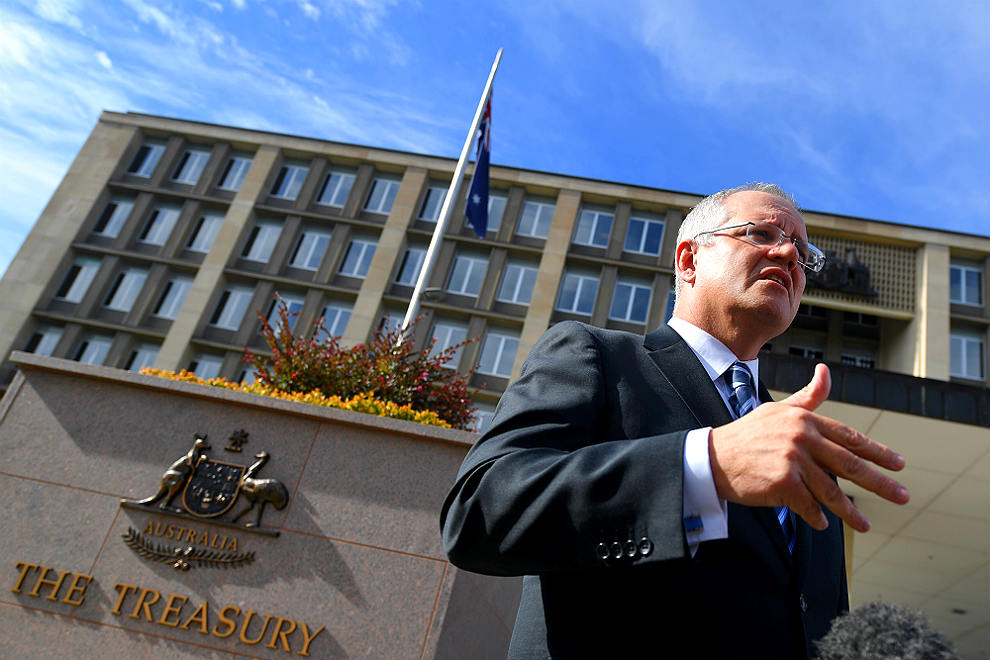