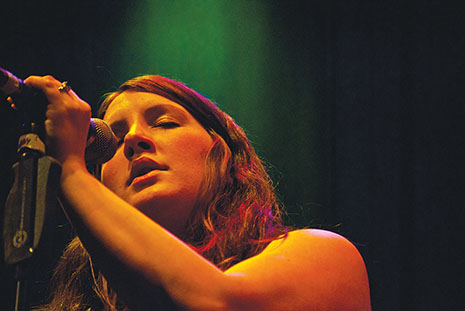 “O dark dark dark,” wrote T.S. Eliot, with a visionary’s feel for twenty-first-century indie pop. “They all go into the dark…”

In a way the trend began with grunge in the late 1980s. Of course, rock & roll had long confronted depressing subject matter in its lyrics, but mostly the music made everything better. The great strength of Bruce Springsteen’s songs is that the wrecked dreams of working-class teenagers are transcended by anthemic vocals and a beat that makes you want to dance. But grunge was different; suddenly the music of Nirvana was as steeped in hopelessness as the lyrics that Kurt Cobain sang. No defiant dancing for these teens: their spirit smelled. And the tendency wasn’t limited to the city of Seattle. Whether it was REM or the Smashing Pumpkins, by the 1990s the mood of rock music was unrelieved darkness.

Mind you, this was all a quarter of a century after the Beatles’ “I’m a Loser” and the Stones’ “Paint It Black,” and maybe 350 years after most of the darkest European ballads were made up. I don’t take seriously the comic-book despair of most heavy metal, but if you haven’t yet heard Esben and the Witch, the trio from the South Downs of England – Copper Family territory – you might take a look online. The Copper Family reference was not gratuitous. Esben and the Witch owe as much to the oral ballad tradition the Copper Family still keep alive as they do to Metallica. It’s hard to know how to describe their work. But it’s certainly dark.

I don’t know whether the Minneapolis band Dark Dark Dark took their name from Eliot’s “East Coker,” but their words and music certainly support the choice. The songs deal with loneliness (“In a room full of people, will anyone dance with me?”) and timidity (“You always cared for me and I pushed you in the dark”), with drowning and death and “unspeakable things.” “I want to hold you under water / And calculate your next breath,” sings Nona Marie Invie, sweetly enough, on “Ferment in Dm.” The song is indeed in D minor, and like much of the band’s early work it has a vaguely Balkan feel to it, accentuated by the sound of Invie’s accordion. There’s a creepy jauntiness about this music that, on the band’s latest album, Wild Go, has turned into something more wistful. Invie (who co-writes the songs with Marshall LaCount) also plays piano, and it dominates the new release. A typical Invie piano line involves bluesy twists to essentially diatonic tunes: flattened thirds appear in major keys, and major thirds turn up in minor keys. As well as being wistful, it’s quite minimal. And dark, of course. “Chamber folk” is Wikipedia’s attempt at pigeon-holing the band, presumably because they play clarinet and cello as well as piano (well, that’s chamber music, isn’t it?), and banjo in addition to accordion (what else could this be but folk?).

The sound of banjo and accordion also characterises the music of the Mammals, an American band with a line-up including folk royalty (Pete Seeger’s grandson and Jay Ungar’s daughter), who sing songs – dark, wistful songs – about their nation’s sleepwalking into an unwinnable war (“Follow Me to Carthage”) while the wives, daughters and mothers of the soldiers are left “Alone on the Homestead.” At least they used to sing them: the band’s website tells us the Mammals are “in hibernation.” In Britain, however, Mumford & Sons – yet more exponents of the banjo and accordion – are doing so well with their songs of troubled relationships that they prompted one music journalist to label them “Tory rock-lite,” and moved Mark E. Smith of The Fall to throw a bottle at them. You can see why. The title track of their album Sigh No More draws its entire lyric (somewhat paraphrased) from Much Ado About Nothing. It’s hard to imagine Smith’s having much truck with that. Or with singing in tune, come to think of it. (Is that Tory?)

Perhaps the darkest album to appear recently really is folk music. About half the material on the Unthanks’ Last – like Rachel and Becky Unthank themselves – comes from Northumberland and is traditional in origin. A far cry from the folk-rock of Fairport Convention, the Unthanks sing in delicately astringent harmonies, set against repeating piano and violin lines that create hypnotic aural patinas, bringing distance and emotional detachment to songs that might otherwise come too close for comfort. Nowhere is this better achieved than on Alex Glasgow’s “Close the Coalhouse Door,” written in the 1970s for a play of the same name about mining in Newcastle. The Unthanks make it epic. The minimalist piano with its shifting accents might keep us at arm’s length, but it has us by the short and curlies so that we can’t turn away from the song’s warning: “There’s blood inside, / There’s bones inside, / There’s bairns inside / So stay outside.”

Last is far and away the Unthanks’ best album to date. And dark? You bet. •

Andrew Ford presents The Music Show each Saturday on Radio National. His book, Illegal Harmonies: Music in the Modern Age, has just been reissued by Black Inc.

Reasons to be cheerful 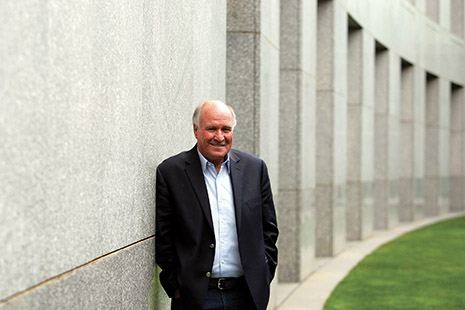