Does Victoria really have a message for Canberra?

Federal and state factors interacted yesterday, but not in the way you might think 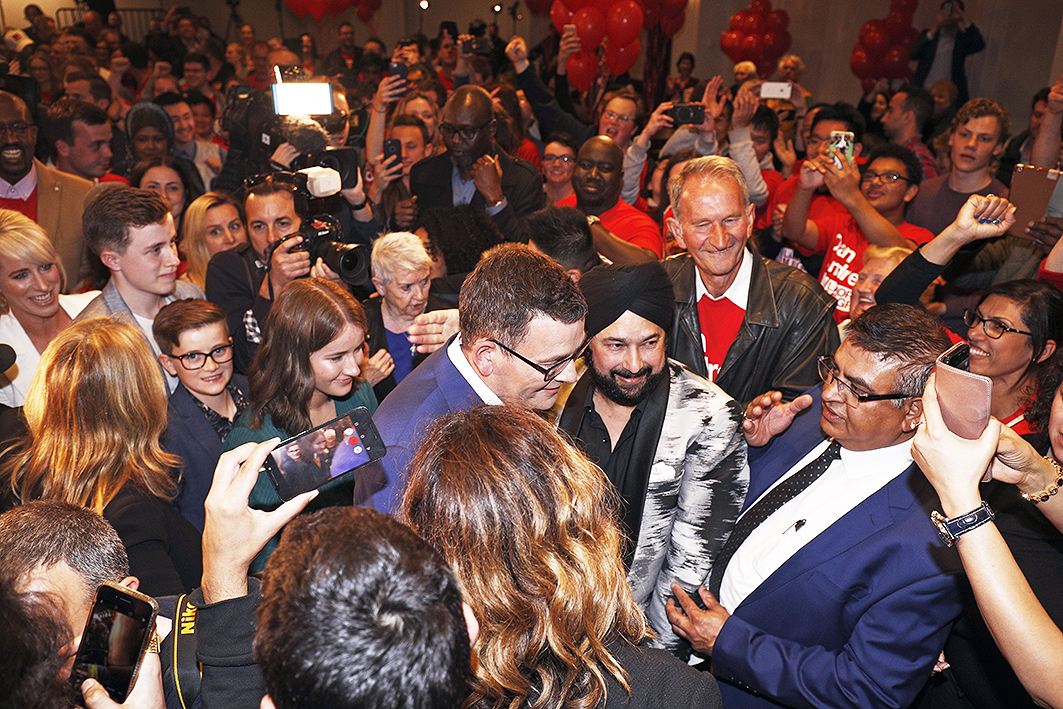 Victoria’s Labor government has been returned in what can reasonably be called a landslide. The final published opinion polls of the campaign ranged from 53 to 55 per cent for the ALP after preferences. On current counting the party is on around 57 per cent, but after postal votes and preferences are distributed in all seats (except Richmond, where the Liberals didn’t run), it’ll probably round to 56 per cent. That’s roughly a 4 per cent swing.

Out of eighty-eight lower house seats, Labor looks like it will end up in the mid fifties and the Coalition in the high twenties, perhaps nudging thirty. There will be two or three independents.

The Greens had an awful night, going from three to one or perhaps two Legislative Assembly seats. This was despite the Liberals abandoning their 2010 and 2014 strategy of preferencing Labor ahead of the minor party. Much of this result surely flows from well-publicised problems with candidates during the campaign, which Daniel Andrews energetically exploited.

Last night and today, like clockwork, federal Coalition MPs are insisting this election was fought on local issues and that there’s little for them to take away from the result. They actually have half a point.

Quite obviously, August’s prime ministerial shuffle, and subsequent shenanigans — the Nazis R Us Senate vote, shuffling Israel’s embassy like an election chessboard piece, and the ideological tics on issues such as climate change — didn’t help. Along with the Victorian Liberals’ own insistence on running hard on “African crime,” it can all be seen as part of the capture by the hard right, otherwise known as Watching Too Much Sky News After Dark.

But while election observers will instinctively wave this drubbing around as a pointer for the likely fate of the Morrison government and issue dire warnings about “learning the lessons,” Victoria’s vote tells us nothing about the next federal election.

The greatest determining factor in this big swing was the existence of a federal Coalition government. Go back to almost every huge result at state or territory level and you’ll find that the colleagues of the losing side were in office in Canberra.

The federal counterparts don’t have to be travelling badly to hurt the state party. Yesterday’s numbers are dwarfed by the Bracks government’s re-election in 2002, a 7.6 per cent two-party-preferred swing with 57.8 per cent of the vote. The Howard government was perceived to be doing very nicely, so fault for the defeat was widely agreed to lie with the state parties.

Twenty-one months earlier, by contrast, a 60–40 Labor win in Queensland was judged to have such dire federal repercussions that Liberal president Shane Stone was motivated to jot down some unkind words about the Howard government (mostly about the treasurer, Peter Costello) in a memo that was promptly leaked. The difference was that in early 2001 the Howard government was lagging badly in the polls and appeared gone for all money.

So you can see how it works: disastrous state results only portend federal ones when the federal party appears headed for defeat anyway. Otherwise, as with Howard, they serve to provide contrast with the federal party’s surefootedness. (Across his eleven and a half years as prime minister, John Howard presided over record Labor wins in every state and territory except Western Australia.)

The Morrison government probably will meet its maker next year, but Victoria provides no evidence either for or against.

And if tomorrow’s Newspoll falls into line with the most recent Ipsos and Essential polls, registering a federal narrowing to something like 52–48, the “Victoria shows Morrison is doomed” narrative might be very short-lived indeed. •