Don’t waste a good crisis, even in schooling

A new settlement might just appeal to Coalition supporters, and to Labor’s 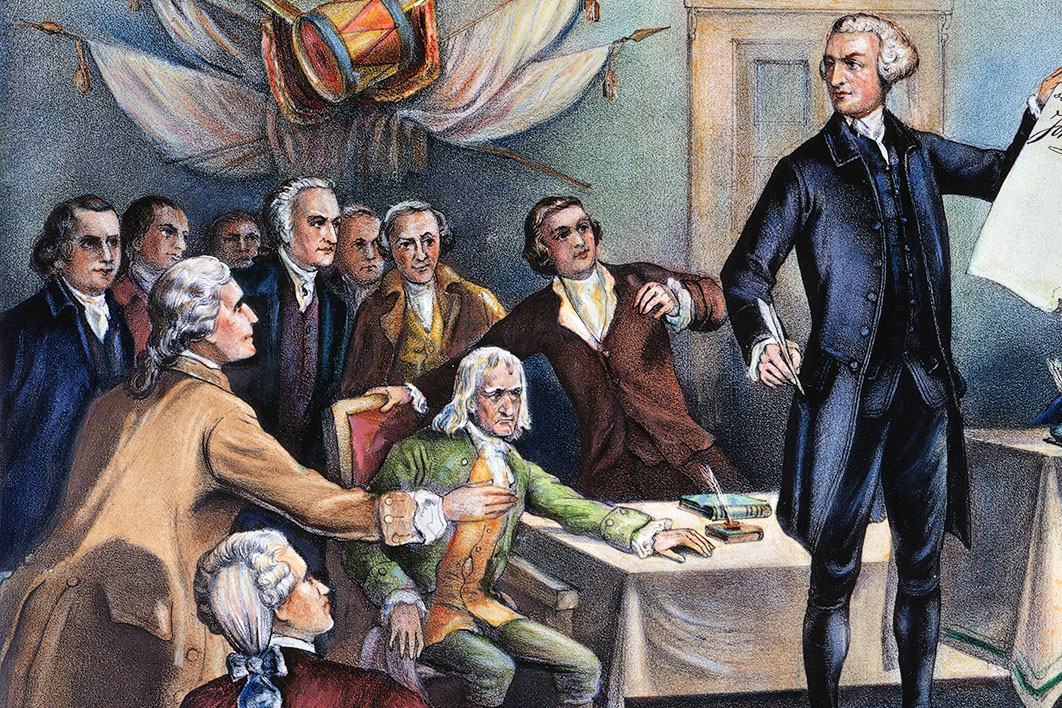 A short-term problem might turn into a long-term solution? Granger Collection/Alamy

As repercussions generate yet more repercussions, the viability of Australia’s school system comes into view. Parents paying to send their children to non-government schools are queuing up for “fee relief,” and it won’t be long before the schools ask the government to relieve them. Should it?

On this question the government could find itself between a rock and a hard place.

On the one hand, if it doesn’t provide funds, it might be back to the future, a repeat of amazing scenes in 1962 when Catholic schools in Goulburn closed and sent their students to government schools — which, of course, couldn’t cope. One non-government school principal, speaking on condition of anonymity, thinks that parents will be reluctant to change schools mid-year, but after that? The impact, he says, “could be really substantial.” Many of his colleagues are reported as agreeing.

On the other? If the government pays up without thinking through the consequences, it will compound a big and chronic problem. And, we should add, it will miss a golden opportunity.

Contrary to rhetoric, this generous public funding is used not to reduce fees and increase “choice and access” but to ice the cake and attract customers away from the government schools. Over the decades since the “Goulburn strike” forced the hand of government, Catholic schools have moved upmarket, effectively sending poor Catholic families to the government sector. Many independent schools have been turned into five-star resorts. It is at this point that the financial problem becomes a social, educational and governance problem.

Australian schools play by two very different sets of rules, to the advantage of one sector but at the expense of the other and of the school system as a whole. Schools that charge fees and parents who pay them are permitted to select and choose. Most of those that don’t pay fees can’t choose or select. The choosers usually opt for schools where their sons and daughters will find other students just like them. The chosen schools become more socially homogeneous, and so do the rejected schools. In the upshot Australian schools are among the most socially segregated in the Western world, and are segregated by religion and ethnicity as well. That undermines the work of schools as engines of social cohesion and sites of students’ social learning. The evidence suggests that segregation is also bad for academic performance.

There are unfairnesses as well, and they cut in both directions. On the one hand, most government schools and parents have limited access to choice and selection. But on the other, parents who can choose must pay to exercise that publicly endorsed right, and some of them can’t really afford it. Moreover, many parents who can afford to pay don’t because they use the real estate market or selective government schools to get for free what others pay for.

On top of all that, arrangements for governing and funding all this remain inordinately complex and incompetent, despite Gonski’s attempt at repair. Australian schooling as currently organised is incapable of tackling serious reform, including reform of any of the problems noted above, and is also stymied by chronic political conflict over the second-order question of sectoral funding shares. Tom Greenwell’s Canadian contrast is a nice reminder of just how bizarre and counterproductive our “system” has become.

The way out has three parts.

First, the government must help schools help parents, immediately. In doing so it should remember that government schools lean on parents to make “voluntary contributions,” often quite substantial ones; they’ll need help too. The government should establish a fund to which all systems, government and non-government alike, can apply, and it should commission an urgent analysis of the likely trajectory of the problem.

Second, it should make clear that this is an interim measure only. It should announce an in-principle intention to move to full public needs-based funding for all systems and independent schools willing to work within a common charter of rights and obligations. The core principles and objectives of that charter would include: no fees, the right to faith-based schooling, the obligation to reduce within-school segregation, and full transparency as to performance and compliance.

Third, it should set up the machinery to turn these principles into a well-designed proposal.

Is this pie in the sky? Or a left-wing plot?

On the funding side, no. The non-government systems like to claim that they save governments seven or eight billion dollars a year, something like 15 per cent of Commonwealth schools spending. The real cost of full needs-based funding would in fact be around 2 or 3 per cent. If public funding to schools that refused the charter were to cease, total public outlays would be reduced.

Governance? Existing authorities, government and non-government alike, would be left in place. The key difference would be in playing by common rules on a level field of funding and regulation. The National School Resourcing Board and the Australian Curriculum Assessment and Reporting Authority could be beefed up to monitor performance and ensure compliance. The Commonwealth would have to accept that the national interest is better served by a rules-based, transparent national system than by incessant federal interference and second-guessing of system authorities.

Ideology? The “level playing field” sketched above would essentially be a managed market, operated in the interests of greater equity, better performance, and more equally available access to school choice. For those who wonder what that might look like: consider the AFL (and Andrew Leigh’s discussion of its structure and success).

Feasibility? Some very difficult questions arise. What is meant by “diversity”? Would the same definition apply to every school? What about schools for Indigenous kids? Would all schools have the right to provide a “faith-based” education? By what means could selection be made more widely and more equally available?

There are no easy or perfect answers to these and many other questions. Some of the answers would have to be condensed into a suite of performance indicators going well beyond the current myopic focus on the formal curriculum, and that would be a technically challenging task. But coming up with answers worse than those in current operation would be hard.

And how would workable answers to these questions be found? Who would design a level playing field and map out a process of transition? One option would be a Gonski-style review, high-powered, well funded, with a small panel and a tight deadline (but this time headed by an eminent figure from the public sector rather than the private).

A final question: could a government long identified with non-government schools come at anything along the lines suggested? Three weeks ago the question would have been absurd. Now? Still probably not likely, but you never know.

On the one hand, the non-government systems, which have intimidated governments by campaigning on the “higher fees” slogan whenever funding decisions look like going against them, would not want to lose that leverage. Nor would they want to open their books to full public scrutiny. Low-fee independent schools would be glad to see the end of fees but wary of a charter’s contents and guarantees. High-fee independent schools would invoke big words about rights and taxpayer entitlement. Canberra bureaucrats would hate a larger role for statutory authorities and a smaller one for them.

Taken in sum, a clear-eyed look would reveal a lot in it for the Coalition and its base, but the miasma of ideology makes that unlikely. In which case, the federal opposition should pick up a gift on a platter. •

Thanks to Chris Bonnor for assistance in the preparation of this article. Comment to dean.ashenden@unimelb.edu.au would be welcomed.

Dean Ashenden is a Senior Honorary Fellow at the Melbourne Graduate School of Education. He has been a consultant to education agencies in all states and territories and at the national level.