Did a fifty-year-old treaty really increase the possibility of nuclear war? 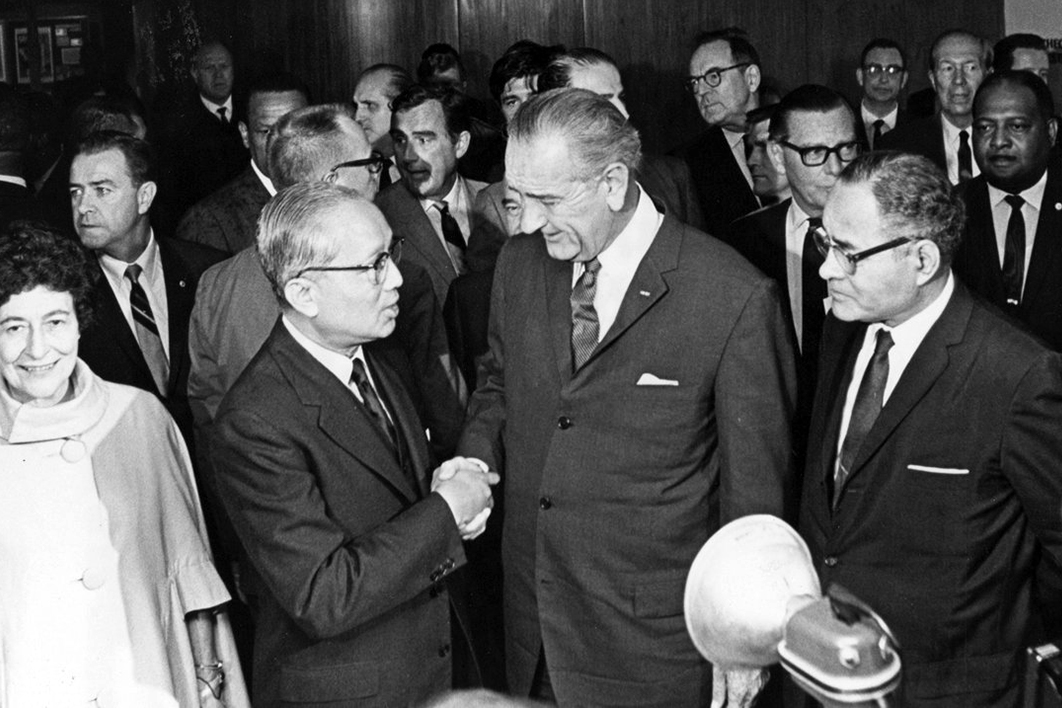 Buying time: US president Lyndon Johnson (centre) with other leaders after the UN General Assembly commended the nuclear non-proliferation treaty and opened it for signatures in June 1968. Keystone Pictures/ZumaPress/Alamy

When the nuclear weapons non-proliferation treaty, or NPT, came into force fifty years ago this month, it was expected to make the world safer. On one measure, it seems to have failed. Back in 1970, the Bulletin of the Atomic Scientists’s famous Doomsday Clock was set at ten metaphorical minutes to midnight; today it stands less than two minutes from the apocalypse, closer than ever before.

To understand what went wrong, it’s important to remember that the NPT was a compromise. It balanced idealist aspirations for disarmament against the conservative interests of powerful nations. This balance, always contentious, was achieved by dividing the world into two groups. The first of these — made up of the United States, the Soviet Union, Britain, France and China — had acquired nuclear weapons by the time the treaty was opened for signature. They were allowed to keep the bomb for the time being on the condition that they agreed to work towards full nuclear disarmament. The second group — most of the rest of the world — promised never to acquire the bomb.

Second, the double standard built into the NPT undermined perceptions of its legitimacy. There’s an inevitable smell of hypocrisy when the nuclear bomb “haves” preach the virtues of abstinence to the “have nots.” This was compounded by bad faith on the part of the nuclear club. Washington, Moscow, London, Paris and Beijing treated their commitment to nuclear disarmament as a polite fiction, even a joke, rather than a program of action. Indeed, the cold war arms race actually accelerated after the NPT came into effect. Warhead numbers have since declined, but this had little to do with the NPT and much to do with the collapse of the Soviet Union and Washington’s subsequent trimming of its bloated arsenal. Even so, more than 10,000 warheads, mostly Russian and American, are still in existence.

Third, the treaty was marked by inadequate verification. It was naively assumed that if a state wanted to proliferate, it would simply refuse to join the treaty. Instead, membership has occasionally been used as cover for egregious cheating of the kind that Saddam Hussein’s Iraq tried to get away with in the 1980s.

Fourth, the treaty inadvertently permitted creeping “virtual” proliferation. It failed to draw a sharp enough line between allowable civilian nuclear technology and illegal weapons development, allowing a state like Iran to inch towards a weapons capability while staying within the letter of the law.

Fifth, enforcement was neglected in the treaty text. In practice, the policing of the treaty has been ad hoc.

And sixth, a sorry state of drift and a lamentable lack of leadership have set in. Although there’s a lot of blame to go around, the special case of the United States deserves mention. It’s true that Washington has arguably done more than most to reinforce non-proliferation by helping to underwrite the rules-based international system of which the NPT is a component. And in places like South Korea, Japan, Taiwan and Germany, the role of the United States as a force for stability has minimised incentives for proliferation.

But Washington’s record has been patchy. After president Bill Clinton signed the 1996 comprehensive nuclear test ban treaty, for example, the Senate failed to make it law. Because ratification requires two-thirds approval, sceptical Republicans had a stranglehold. The United States tried to rationalise the 2003 invasion of Iraq as a case of robust arms control, despite Baghdad’s having by then abandoned its chemical and biological weapons and scrapped its nuclear program under UN supervision. That murderously destabilising misadventure damaged the rules-based global order.

Later, in a shift of philosophical gears, Barack Obama entered office promising to put the United States on a path towards nuclear disarmament, only to be buffeted by hostile political forces. Ultimately the country’s nuclear arsenal was put on a path to expensive modernisation during his presidency. Washington has also been in the minority in NPT review conferences by repeatedly refusing to rule out nuclear first use.

Then came the 2015 Iran nuclear deal, painstakingly constructed by international partners to plug holes in the NPT. Although most experts considered it a solid achievement, Republicans worked tirelessly to tear it down, primarily driven by visceral anti-Tehran sentiment and ideological hostility towards multilateralism. “My number one priority is to dismantle the disastrous deal with Iran,” said candidate Trump in 2016. “It is catastrophic for America… I’ve studied this issue in great detail, I would say actually greater by far than anybody else.” Only the strategically illiterate would swallow that.

Before writing off the NPT, though, we should consider the positive side of the ledger. The treaty is the keystone of a broader non-proliferation regime helping to prevent a slide into “hyper-proliferation” and nuclear anarchy. This regime includes the International Atomic Energy Agency’s effort to learn from the experience with Iraq in the 1980s by improving verification protocols. The treaty also provided a framework for the denuclearisation of South Africa in the 1990s and is a reference point for nuclear-weapons-free zones in Southeast Asia and elsewhere.

This broader non-proliferation regime is also a reason why most countries that could build nuclear weapons (Australia and perhaps thirty or so others) have decided not to do so.

In short, problems with the NPT need to be put into perspective. It’s very doubtful the world would be better off without it.

But what about that Doomsday Clock, now ticking closer than ever to the end of the world? Well, the clock is more a gimmick and call to arms than a serious measure of relative nuclear danger. It has been wheeled out every few years since 1947, and the suggestion that we are today closer to nuclear annihilation than, say, during the Berlin crisis of 1961, or the Cuban missile crisis of 1962, is questionable.

The clock’s minders have been led to move the minute hand closer to midnight by adding to the mix, first, climate change and then, more recently, information warfare and fake news. But these well-intentioned additions probably muddy the water. They also point to another issue eroding support for the NPT: today’s public seems relatively indifferent to potentially catastrophic nuclear danger and, depending on political orientation, more concerned with environmental challenges, say, or immigration. It’s true that activist concern has driven interest in a new treaty that would go beyond the NPT in prohibiting nuclear weapons, but the proposal so far has limited political bite.

The NPT is an ageing, leaky vessel alternately battered by the winds of nationalism and becalmed by indifference. Yet it remains afloat, offering some hope of avoiding the horrific deaths of several hundred million and the destruction of civilisation. It also helps buy us time to find a better solution. Whether the time available (another fifty years?) is well used remains to be seen. •

Andy Butfoy is a former senior lecturer in international relations at Monash University, and author of Rogue Republic. 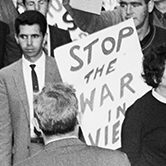 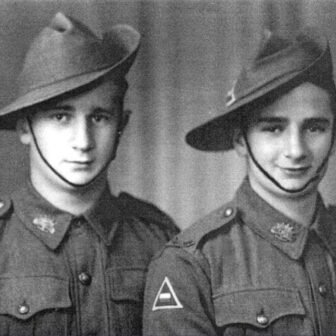