Election 2016: The realists, the rationalists and the romantics

We don’t know for certain why people vote the way they do, writes Paul Rodan. But three theories give us glimpses 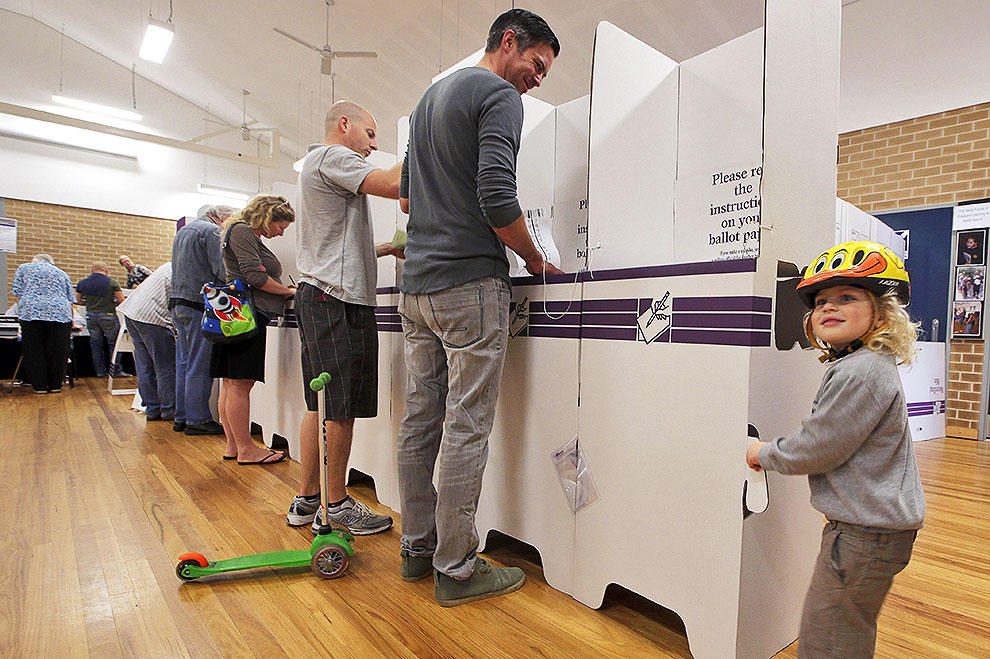 With the election set for 2 July, tightening opinion polls have been good news for the media and the political commentariat. As in sporting contests, the prospect of a close race means more readers and viewers. Even a widening of the gap can be written off as being within the statistical margin of error (a misleading argument dealt with recently by Peter Brent).

As the campaign progresses, breathless references to “party polling” and polls in individual seats will suggest that things are perhaps not as they seem in the published polls. But individual seat polling has a mixed record of accuracy, and it’s hard to know why journalists allow themselves to be used by apparatchiks peddling self-serving “party polling.”

Malcolm Turnbull is unlikely to imagine himself running a close race, but that prospect has at least eliminated any complacency among Coalition MPs and officials. Turnbull still leads a first-term federal government – a species, as history tells us, that has been re-elected at every relevant election since 1931. While it is equally true that these elections see a swing away from the government, it is not unknown for the government to make up ground during the campaign itself. In a campaign as long as the one that awaits us, it is possible that the movements will be greater than usual.

Bill Shorten must be in emotional rollercoaster territory by now. Having been a strong chance to defeat Tony Abbott, he has seen his party’s polling fall away with the accession of Turnbull, only to return to 50–50 territory in recent weeks. How much of this can be credited to the revitalised, policy-toting Shorten and how much to the Turnbull disappointment factor is hard to assess.

The downside for Shorten is that he almost certainly needs a win to retain his leadership. The expectations generated by polling leads in the Abbott era did him no favours, and they have now returned. While first-up federal opposition leaders who secure a positive swing have always been re-elected (albeit not always for a full term), defeat for Shorten will be interpreted as an opportunity lost because of the failings of the leader.

Shorten’s low personal approval ratings have been a constant throughout his leadership. But no questions about personal approval or preferred PM appear on the ballot paper, and it is not unknown for leaders to surmount this obstacle and emerge victorious. John Howard was hardly Mr Popular in 1996 and Margaret Thatcher (back in 1979) is an outstanding example from a comparable jurisdiction. But Shorten’s numbers are so consistently poor that this looms as a serious barrier to success.

This is especially the case given how poorly Shorten rates on that vital subset of personal approval, trustworthiness. Almost certainly, this reflects his active factional leadership role in the chaos of the Rudd–Gillard–Rudd era, in which he can be seen as having “knifed” both leaders. It is unlikely that this perception will change much, if at all, and this experience should serve as a lesson to future leadership aspirants. Put simply, you can be a visibly active factional heavyweight and numbers person or a leadership candidate; you cannot be both kingmaker and king. The former role necessarily entails too many tasks unlikely to assist one’s image in the role of party leader. Bob Hawke and Paul Keating were hardly political virgins, but they could rely on others to do their organising and number-crunching (think Graham Richardson and Robert Ray).

The election itself will be a test of what might be seen as three competing theories about what determines election outcomes. The first contends that Australian federal elections are largely about economic management rather than specific policy issues, and that an opposition party must meet a threshold level of perceived economic competence to take government. The argument goes that Labor is regarded as the inferior economic manager and has an ongoing reputation as the party of “debt and deficits.” This constitutes a fatal liability in an election campaign, and thus the government will be comfortably returned. John Howard is an outstanding example of a PM whose individual policies were not always popular, but who secured re-election through his reputation for sound economic management.

The main competing theory elevates policy to a key role. Put simply, if Labor’s policies are more popular than those of the Coalition, Labor should win. Obviously, not all policies will be equally important and not all policies will move votes. One problem with this theory is that those most interested in policy tend to be those most interested in politics, and they tend in turn (understandably) to have a firm political commitment. Among uncommitted voters – the people who decide elections – interest in politics and policy is usually minimal and only likely to manifest itself closer to the mandatory act of voting.

While supporters of the policy thesis might point to Labor’s lift in support as a consequence of various policy announcements, this is impossible to validate. Malcolm Turnbull’s growing reputation as a disappointing vacillator may be equally or even more relevant.

The classic example of policy losing an election for an opposition is John Hewson in 1993. His failure to satisfactorily explain and defend his proposed GST is almost universally regarded as the key factor in his loss of the “unlosable” election.

The third theory about elections is an emerging one that owes something to the policy thesis but is seriously at odds with the economic management theory. Its essential contention is that the Australian electorate has a threshold notion of fairness and that voters will punish the government when its policies and actions move into demonstrably unfair territory. In this context, Tony Abbott’s blatantly unfair 2014 budget (rendered worse by broken promises) led to a fall in support that no election campaign could have reversed: fair-minded Australians would have tossed him out regardless. Unless Malcolm Turnbull succeeds in having his pre-election budget regarded as “fair,” he is likely to lose. In passing, it is worth mentioning that supporters of the economic management theory regard the notion that “fairness” could be a key election issue as unconvincing.

Some have linked this third theory with developments in other democracies where anger at growing inequality has led to the emergence of populist parties (or sections of parties). These parties contend that the system is rigged against ordinary citizens who, despite working hard and paying their taxes, are being ripped off by (mostly financial) elites, completely unaccountable and indifferent to even the vaguest notions of fairness. Some have argued that Australia’s superior response to the global financial crisis and its social security safety net have prevented the worst excesses of inequality, with the result that there is less fertile terrain for populist politics than that which is sustaining Bernie Sanders in the United States and Jeremy Corbyn in Britain. It is virtually impossible to imagine the views of a Sanders or a Corbyn securing a champion within the narrow church that is the modern Labor Party. Moreover, the issue of corrupt campaign financing, so vital to Sanders’s overall critique, secures virtually no traction in Australia, despite this country’s manifestly inadequate regulatory framework. If there are MPs who have concerns, they seem to be rendered mute by the disciplined party system.

Although it is never possible to determine with absolute certainty what issues decide election outcomes, the forthcoming contest certainly provides an interesting test for these three theories, which might be usefully characterised, respectively, as the realist, the rationalist and the romantic. Hard-noses will find it difficult to move far beyond the first, backed by history and key polling indicators. The Coalition’s reputation for superior economic management is an asset that will be bolstered by Turnbull’s superior (if fading) leadership approval ratings. A party leading on perceptions of superior economic management and preferred leadership will be hard to beat.

Whether the Labor Party can make this an election about “fairness” remains uncertain. For one thing, most of those for whom fairness is a key issue are probably committed progressive voters; Labor needs to convert people who voted for the Coalition in 2013, voters whose views about fairness may well be viewed through the prism of what is “fair” for them. Altruism has a very modest record in changing electoral behaviour.

As for policy debates, they are unlikely to take place in isolation, but rather in the context of the parties’ preferred themes: competent economic management for the Coalition and fairness for Labor. It needs to be remembered that even if Labor succeeds in establishing fairness as a key issue and securing increased support, the task, in terms of swing and seats, is more than formidable. Swings are never uniform and the government’s survival chances are enhanced by the new personal vote factor (the so-called “sophomore surge”) for the large number of Coalition MPs first elected in 2013.

Since 1931, every newly elected federal government has been re-elected, but with a negative swing ranging (two-party-preferred) from around 0.4 per cent (1951) to 4.6 per cent (1998). In the six relevant elections, five (all but 1998) have seen swings less than what Labor requires in 2016. If Shorten did pull off a win, the second-biggest casualty (after Malcolm Turnbull) would be history. •