Musical notation is both more and less precise than writing and reading words, writes Andrew Ford 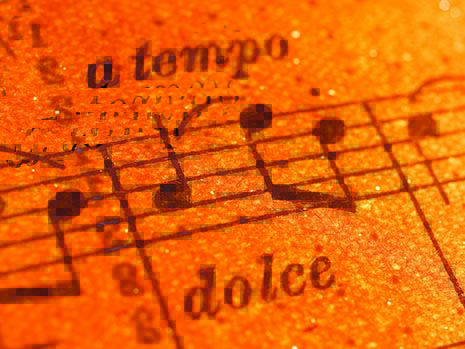 Behind Bars: The Definitive Guide to Music Notation
By Elaine Gould | Faber Music | $150

There are those who believe that musical notation is a burden or a straitjacket, that it fetters creativity. I have even met musicians who told me, proudly, that they have refused to learn to read music because it will hinder their ability to improvise – which is like saying that you shouldn’t learn to read books in case you forget how to talk. I imagine these people will see the title of this new book on the subject of notation, Behind Bars, in a different light from that intended by its author.

Then, of course, there’s the elitist argument. Classical music is for an elite, we’re told, because you need a special education to understand it. And part of that education is learning to read music. But the truth is that this music is available – “accessible” even, to use that dread cliché – to anyone with the time and inclination to listen. Classical music is a literary tradition – it is based on and made possible by a notational system. The intricacies of a fugue or the detailed orchestration of a symphony cannot be improvised, they must be written down. While knowledge of the notation system is not needed in order to listen, should you wish to go further into the music, it really isn’t so hard to master.

A few years ago when Elvis Costello composed a ballet, much of the publicity surrounded the apparently astonishing fact that he had written the score himself. It was as though he had revealed a hitherto unsuspected ability to fly. Well, I reckon I could have an averagely intelligent person following an orchestral piece with a score and turning the pages at the right time in about half an hour, and before the day was out have them singing simple melodies off the page. Once you can read music, with a little more practice you can also write it.

So if musical notation is such a doddle, you might wonder why anyone would need a 676-page book on the subject. I suppose there are two answers. The first is that the ability to read and write doesn’t mean you can do either thing well – you can always learn to read and write better. The second is that musical notation is not the same as reading and writing words. It is both more and less precise.

Most musical sounds can only be accurately notated by a combination of notational marks. An F sharp is not just an F sharp. The pitch is represented by a dot – on a line or in a space – preceded by a sharp sign, but this tells us nothing about how to play it. How long is the note? How loud? Is it the same dynamic for the whole length of the note or does it get louder or quieter? Or louder then quieter? How does the note start? Imperceptibly? With a slight accent? With a strong accent? If it is played on a stringed instrument, which part of the string is played? Near the bridge? Over the finger board? And which part of the bow is used? And is the bow moving up or down? For all these musical parameters and more there are notational markings or abbreviated Italian terms. Musicians know how to read them and composers know how to write them. Or we think we do. That’s where this book comes in.

Elaine Gould has been senior new music editor at Faber Music for more than twenty years, and is used to disentangling and tidying up the notational markings in a composer’s score. The aim of any score is to convey as much information as possible to the player as simply and clearly as possible. There should be nothing extraneous and nothing ambiguous. Composers may be as innovative as they wish in their musical ideas, but there is no point at all in thinking up brand new forms of notation if there is already a conventional way of writing the music that all players will understand. You will only confuse and irritate the players and waste valuable rehearsal time.

Musical notation, it should be remembered, is simply a means to an end – a system of signs for directing the player’s fingers, lips and lungs – and so it is well to observe the conventions. Gould knows all about these and is adept and clear-headed when it comes to recommending approaches to all notational dilemmas.

For example, I asked several composer colleagues if they knew in which order to place the accidentals (the sharp and flat signs) before a big, dense chord. None of them was sure, and neither was I before reading Gould’s book.

For the most part, then, this is nit-picking stuff, but that’s how musical notation works. Get the details straight and the player will have no need to ask questions; he or she can simply play. •