Everyone was a bird

Music | It’s no surprise that Messiaen was a prisoner of war when he first made use of birdsong, writes Andrew Ford 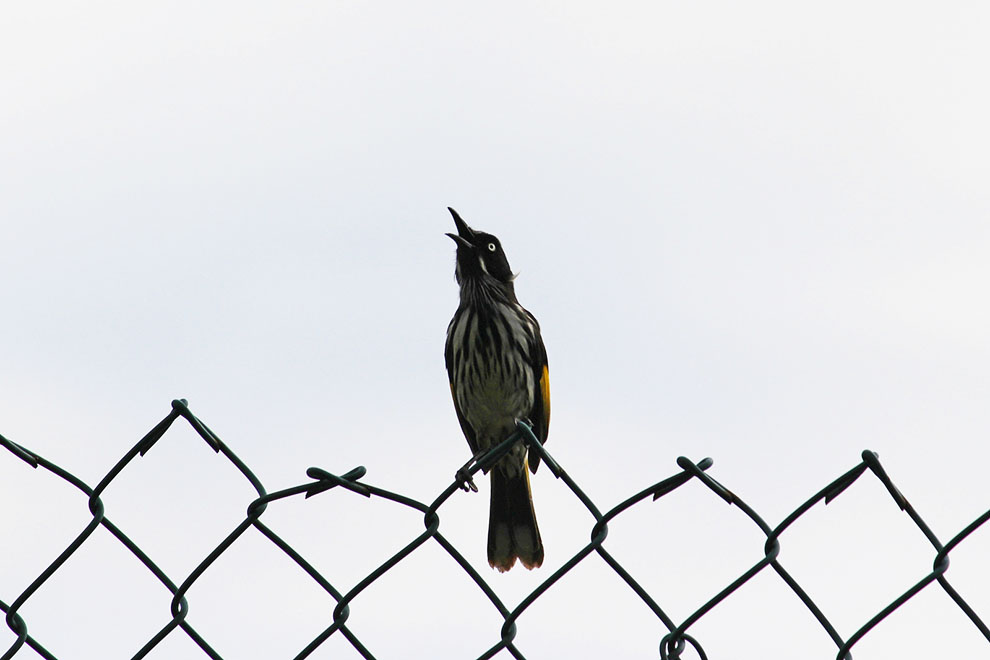 Earlier this year I composed a song cycle for baritone and orchestra that includes words from a letter by the nineteenth-century West Australian botanist Georgiana Molloy, telling of the drowning of her infant son. For obvious reasons I have been thinking about it again these past few days.

Setting a poem to music is one thing, setting somebody’s letter is another. In this case the diction is rather formal. Georgiana is writing to a man in England she has never met, a collector of plants to whom she sends specimens. She tells him of her child’s drowning in order to explain her tardiness, apologising for presuming on the professional nature of their correspondence. Yet perhaps the fact that she is writing to a stranger enables her to say things she couldn’t say to a friend, for her description of the incident is minutely detailed.

Nearly 200 years later, the letter is still hard to read, and it’s harder still to find the right music for it. Perhaps there isn’t any right music. In the end I left it to the birds, surrounding Georgiana’s touching account with sounds of the West Australian bush near Augusta: bristlebirds, New Holland honeyeaters and spotted pardalotes, splendid fairy wrens and a Carnaby’s black cockatoo. Their calls are beautiful, of course, yet also implacable, nature continuing on its disinterested way, free from what the poet Hardy called “the disease of feeling.”

Composers have been putting birds in their music since the Middle Ages (“Sumer is icumen in / Lhude sing cuccu!”), and probably before that. Birds are, after all, spontaneous vocal improvisers – “proud songsters” (Hardy, again) – and they are all around. It would be surprising if their voices failed to inspire those of us who, if less naturally gifted, also spend our days attempting to communicate in song.

Supreme among avian imitators was the French composer Olivier Messiaen who, from Quartet for the End of Time in 1941 until his death half a century later, filled his music with birdsong. There are works from the 1950s and 60s that contain nothing but birdsong; a movement in the orchestral piece Chronochromie consists of a sort of dawn chorus in which eighteen solo string players are each allocated their own bird. It’s impossible to disentangle with one’s ears alone, but then often that’s the case with actual dawn choruses.

From its title, Le chant des Oiseaux sounds as though it too should be by Messiaen, but in fact it is the work of Clément Janequin, a Frenchman who lived some 400 years earlier. In between Janequin and Messiaen, Vivaldi included birdsong in the spring concerto of The Four Seasons, Beethoven put three entirely recognisable birds at the end of the slow movement of his Pastoral symphony (nightingale, quail and cuckoo, if you’re wondering), and in The Lark Ascending Vaughan Williams coaxed the skylark’s “silver chain of sound” from a solo violin. They’re just some of the most famous pieces containing birdsong. There must be thousands of others.

If you have read Tim Lowe’s Where Song Began it will come as no surprise to learn that Australian composers (though late to the party) have added significantly to the body of music that draws on birdsong, from Peter Sculthorpe’s trademark seagulls, to the more thoroughgoing explorations of David Lumsdaine to the Diabolical Birds of Liza Lim.

One of my favourite bird composers is the Elizabethan John Bartlet (or Bartlett), who, in his song “Sweet Birds Deprive Us Never,” puts singers through their paces with a string of vocal acrobatics, none more touching than the “tiw whiw whiw whiw” of the red kite. In Bartlet’s famous madrigal “Of All the Birds that I Do Know,” the common or garden sparrow is celebrated, but also made to symbolise the composer’s girlfriend, whose sexual appetite and accompanying vocalisations may be guessed by the sparrow’s outpouring of “yetyetyetyetyet.”

The fact that Bartlet’s bird is named “Philip” is significant. With birds, we often indulge in anthropomorphism, and (as Lévi-Strauss pointed out) this extends to our giving them human first names – not only Philip Sparrow, but also Robin Redbreast, Willy Wagtail, Jenny Wren, Tom Tit and Jack Daw. We identify with them, and perhaps this is why we put them in our music. But why do we identify with them? What is it we admire?

Birds go their own way. That is the point of those West Australian birds calling unfeelingly as Georgiana Molloy writes her heartbreaking letter. We may throw them some crumbs and believe they depend on us, but mostly we envy birds their freedom. It is surely no coincidence Messiaen was a prisoner of war when he first made use of birdsong. From the confines of Stalag VIII-A, the blackbird and nightingale must have seemed to the composer the very epitome of liberty.

At the end of the previous war, in “Everyone Sang,” the soldier–poet Siegfried Sassoon had written that the sound of human singing filled him “with such delight / As prisoned birds must find in freedom.” In his poem it is a short step from simile to transformation, the second and final stanza concluding with the ecstatic shout, “O, but Everyone / Was a bird; and the song was wordless; the singing will never be done.” •