For whom a bellwether tolls

Gilmore — once a Liberal stronghold — has reverted to the statewide average, leaving Warren Mundine with an uphill battle 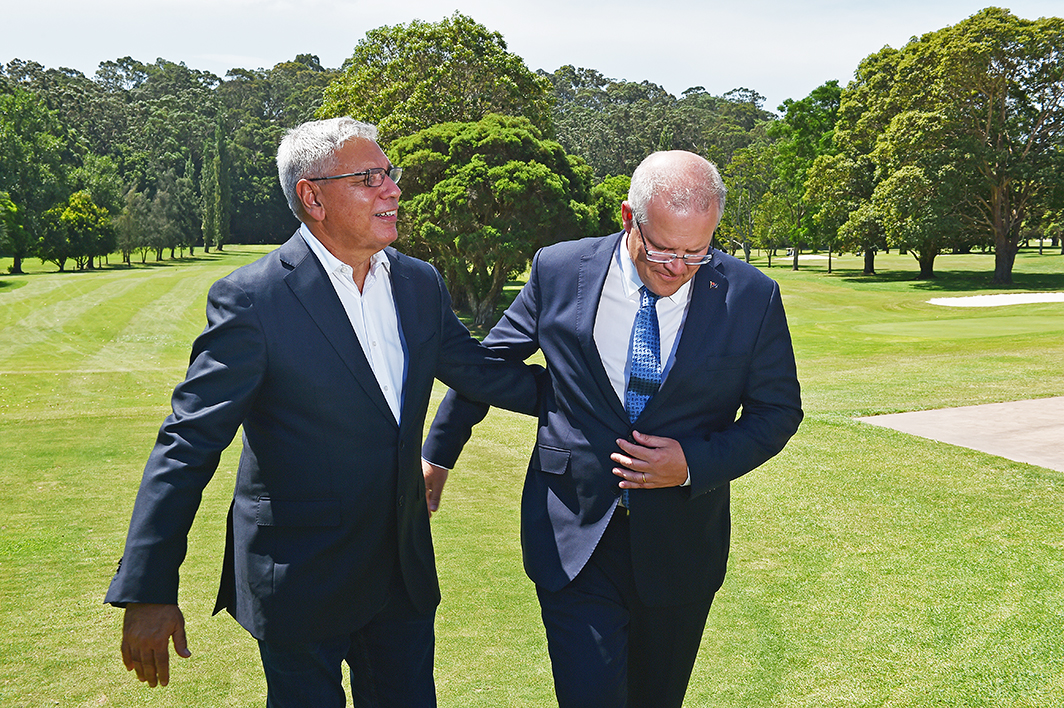 The election contest in the federal seat of Gilmore, around the Batemans Bay to Nowra strip on the NSW southern coast, got even more interesting this week. Created in 1984, Gilmore has been held by the Coalition for all but one term, 1993–96. But redistributions have gradually moved the seat into Labor territory.

Until 2013 this fact was masked by the phenomenal popularity of Liberal MP Joanna Gash, who won the electorate as part of the big 1996 Coalition victory under John Howard. Gash retired in 2013, just when the Coalition was again storming into government under Tony Abbott. Newbie Ann Sudmalis took her place on the ballot paper and the Liberal vote returned to earth: while New South Wales swung by 3.2 per cent to the Coalition, Gilmore shifted by 2.7 per cent to Labor.

After another swing to Labor in 2016, Gilmore is now the Coalition’s most marginal NSW seat. The effect of those redistributions can be seen in the fact that the solid blue line is below 50 per cent from 1984 to 1993, indicating that on current boundaries the electorate would probably have been won by Labor over that time.

The second key point is the explosion in the gap between the seat and the state vote during Gash’s tenure, most dramatically from 2001. With her gone, Gilmore sits around the state figure. “Bellwether,” anyone?

At first glance, from the 2016 swing, Sudmalis doesn’t seem to have generated much of a personal vote during her first term. But a comparison of that swing, 3.1 per cent to Labor, with bordering electorates puts her in a more favourable light. Eden-Monaro swung by 5.8 per cent to Labor and Whitlam by 6.8. Hume, also a sophomore seat, shifted by 3.4.

It took Gash two terms to build that huge personal vote. We’ll never know whether Sudmalis would have emulated her and outperformed her party enough to retain the seat in 2019, because she was rolled by her local branches last year for Grant Schultz, local real estate agent and son of the late Alby Schultz, who was a federal and state MP.

Recent media scuttlebutt had Morrison and the state executive intervening to retain Sudmalis, but in the end, for reasons not totally clear, they dropped Schultz but parachuted Warren Mundine in instead.

Mundine, like his fellow Sky after Dark identity Peta Credlin (whose News Corp PR machine breathlessly keeps us updated on the question on the lips of no one but those who watch Sky News: will she or won’t she enter federal politics?), is recognisable to close followers of politics but barely known outside. (His more famous nephew, Anthony “Chock” Mundine, and Anthony’s father Tony might generate name recognition.)

But because of that “beltway” presence (he is a former Labor president, after all) he’s been all over the news this week, including in an interview with ABC’s 7.30 anchor Leigh Sales. Most major-party candidates could only dream of such exposure.

So he’s getting a profile boost, but that can go either way for someone who was in yet another party, the Liberal Democrats, only last year and has never lived in the area.

Whether Mundine stands a better chance of winning than Schultz or Sudmalis might be beside the point. Perhaps he’s not there to get elected but rather to flesh out the wider Liberal image for the campaign: a successful, conservative Indigenous businessperson with a Labor background who is happy to explain what’s wrong with the federal opposition and why Bill Shorten shouldn’t be allowed anywhere near the Lodge.

Schultz has quit the party, taking a few supporters with him, and says he will run as an independent. The Nationals might put up a candidate, and it might be former state minister Katrina Hodgkinson.

In the flurry of media reports in recent weeks, one scenario briefly floated was bringing back Gash. She would probably win the seat, but as she turns seventy-four this year that scenario was far-fetched.

And, yes, the Labor candidate has a name; she’s Fiona Phillips, and she’ll probably be the next member for Gilmore. Just as Labor will probably win the election overall. It’s likely, and the opinion polls tell us so, but if Labor’s campaign goes off the rails — if Shorten drowns in the detail of his housing and dividend-imputation policies, for example — a Coalition victory would show up in seats just like Gilmore.

In that sense Mundine’s fate is intertwined with Morrison’s. •

Carrying on carrying over: Kyoto-era prime minister John Howard with PM Scott Morrison at the opening of the UNSW Howard Library at Old Parliament House in December. Alex Ellinghausen/Fairfax Syndication 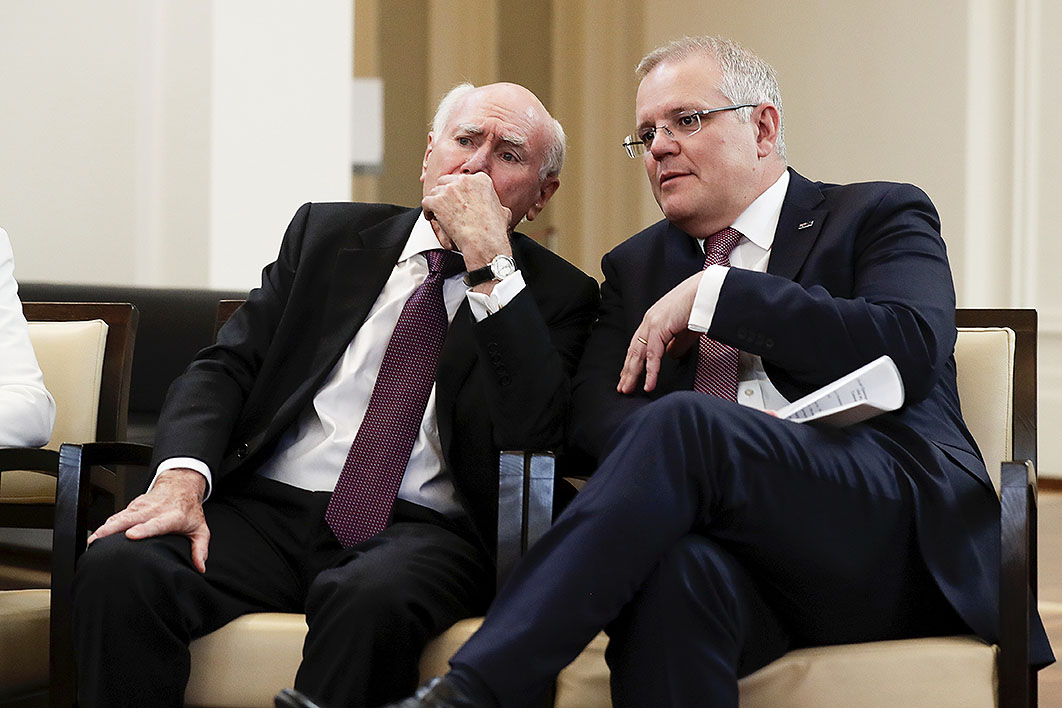 Carrying on carrying over: Kyoto-era prime minister John Howard with PM Scott Morrison at the opening of the UNSW Howard Library at Old Parliament House in December. Alex Ellinghausen/Fairfax Syndication