Has the government broken its habit of making political appointments to the ABC board? 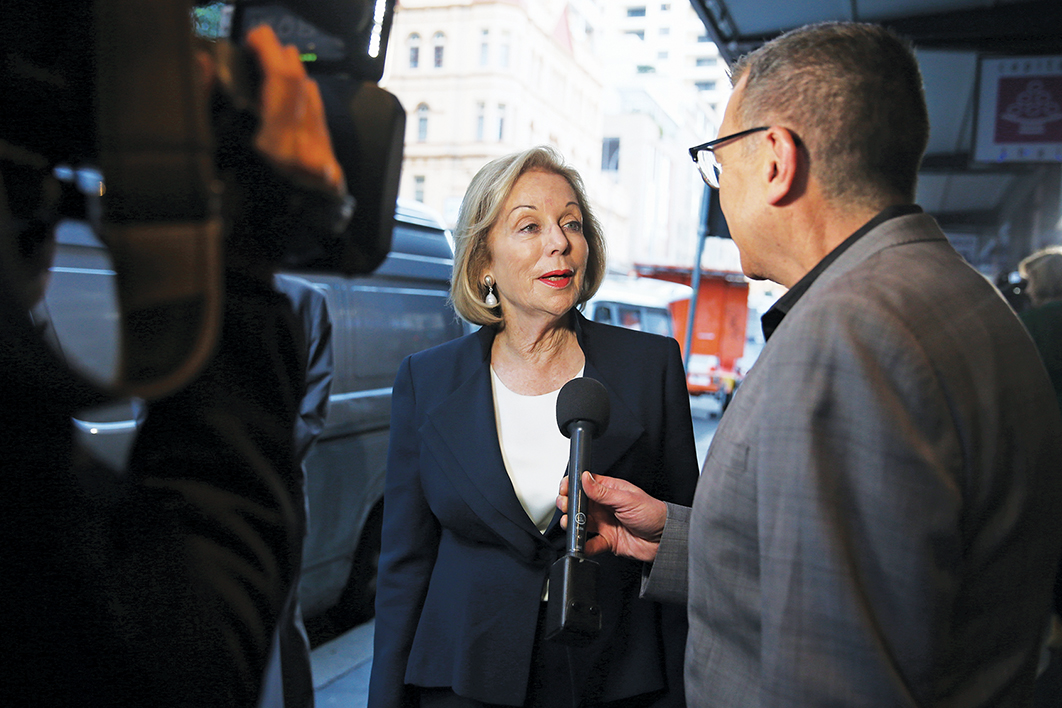 Supporters of the ABC had plenty of reason for a sense of foreboding and cynicism when the federal government announced its latest appointments to the ABC board earlier this week. So it came as a relief when ABC insiders reacted with comments along the lines of “It’s not as bad as we expected.”

The fear was that the government would appoint ideologues with a brief to punish the organisation. Instead, two out of the three newcomers — former News Corp executive Peter Tonagh and former Channel 7 Perth managing director Mario D’Orazio — are unquestionably creditable appointments.

The question mark is over the third, IT specialist and serial board director Fiona Balfour. She is the “captain’s pick” of communications minister Paul Fletcher, and is said to be his long-term friend and ally. “She will be his eyes and ears on the board,” one ABC insider said this week. But this person admitted to having never met Balfour. She will be under scrutiny, and judged on her record.

So, why the cynicism and foreboding, and why the relatively benign reaction?

The foreboding reflected the fact that relations between the ABC and the government could hardly be worse, with the Christian Porter defamation case before the courts and the government still smarting over the Four Corners “Inside the Canberra Bubble” report, which revealed education minister Alan Tudge’s extramarital affair.

I understand that the ABC wasn’t told the appointments were imminent — or who was on the list — until a few hours before the public announcement. This seems like a calculated snub by Fletcher, particularly given that ABC chair Ita Buttrose protested only a couple of weeks ago about not being consulted.

The government’s lack of regard for the ABC is also evident in the fact that the appointments came months after the departure of the people they replace. The board has been seriously under-strength in the meantime.

As for the cynicism, that has a longer history.

For decades, both Labor and Coalition governments have stacked the ABC board with their political friends. Until the Howard government took office, though, these allies usually also had useful qualifications.

Under Howard, the board appointment process became nastier, more ideological and increasingly damaging. Board positions were handed out like purple hearts for perceived courage in the culture wars.

Thus, we had Ron Brunton, the anthropologist who had attacked the testimony of Aboriginal women protecting a sacred site during the Hindmarsh Island affair; Quadrant editor and frontier war sceptic Keith Windschuttle; Liberal powerbroker Michael Kroger; and News Corp columnist and ABC critic Janet Albrechtsen — with only the latter having any relevant experience.

The Rudd government tried to clean things up by introducing an arm’s-length process for ABC and SBS board appointments, under which an expert nomination panel assessed the applicants and delivered a list of recommended appointees to the minister. This worked moderately well under Labor, but when the Coalition again took office the process was progressively trashed.

First, the new government nobbled the four-member panel, appointing Albrechtsen and former Liberal minister Neil Brown. As the Australia Institute observed in a report on the process, both were “highly questionable appointments.”

Not satisfied with that, the communications minister at the time, Mitch Fifield, took to ignoring the panel, picking a succession of people it hadn’t recommended and in some cases who hadn’t even applied for the position. These “captain’s picks” included Vanessa Guthrie, Donny Walford and lawyer and investment banker Joseph Gersh, who is still on the board.

Guthrie was best known as chair of the Minerals Council of Australia and an outspoken advocate for the coal industry. Walford was a South Australian company director with no media experience, and hadn’t applied to be an ABC director. But the real cost of this abuse of process was the loss to the broadcaster of the better-qualified people who had been recommended by the nomination panel but passed over by the minister.

After a couple of rounds of this tomfoolery, good people became understandably reluctant to apply. Why would they subject themselves to a gruelling selection process when, even if they got to the top of the pile, it meant nothing?

Morrison declared that he trusted Ita and Australians trusted Ita. (Nobody has asked him in recent times if he still feels that way.)

Many — including me — agreed that Buttrose was at least as good and probably a better pick than the shortlisted men. Her fierce defence of the ABC since her appointment proves she was not compromised by the manner of her appointment. But the lack of proper process still matters. Why, if Morrison wanted her, did he not encourage her to apply and go through the proper procedure?

By now the arm’s length process had become a bad joke. Yet, quietly, the independent panel was being cleaned and smartened up. It now comprises three people, all of them suitable and none of them ideologues.

The chair is Sally Pitkin, who also chairs the Super Retail Group. Helen Williams, a former Australian Public Service commissioner, has been a member since 2017 and was recently reappointed. The newest member is journalist and Australian National University professor Mark Kenny, who joined in May 2019.

Which brings us to this week’s much-anticipated and better-than-expected appointments: Peter Tonagh, Mario D’Orazio and Fiona Balfour.

Some may be worried by Tonagh’s News Corp background, but this would be to misunderstand the politics of that most tribal of organisations. Tonagh was not a Murdoch man so much as a Kim Williams man — Williams being the chief executive who quickly ran afoul of News Corp’s old editors’ culture after Rupert appointed him to head the company. Tonagh survived but didn’t particularly prosper once Williams was forced out.

Since he left News Corp in 2018, Tonagh has led the consortium that revived Australian Associated Press, which News Corp tried to kill. He has also invested in media startups including the Squiz, a daily digital update of Australian politics, news and current affairs, and Inkl, which compiles news from different publishers across the world under one subscription plan.

In 2018 Tonagh also led the latest in the perennial efficiency reviews of the ABC. The result was an intelligent and nuanced report that rejected the idea that the ABC should save money by adopting a Sky News bargain-basement model of news reporting, with rip-and-read bulletins and a heavy reliance on televising stage-managed media events.

Tonagh argued that the ABC, with its curated shows, analysis and charter-mandated presentation of diverse points of view, needed proper and reliable funding to do its job well. He recommended that it and SBS refocus on charter activities, which would involve less lifestyle journalism at the ABC. He sensibly recommended that the ABC funding cycle be shifted from three years to ten, which would enable better planning and remove the broadcaster from the electoral cycle and the pressures generated by any controversies. (If only that recommendation had been adopted!) In other words, Tonagh is well qualified, well regarded and no Murdoch patsy, and understands the ABC, even if insiders don’t agree with all his conclusions.

D’Orazio, the other appointee recommended by the independent panel, has been a journalist, making him the only board member apart from Buttrose and staff-elected director Jane Connors with reporting experience. He was managing director of Channel 7 Perth for seven years until his retirement in 2019, and also has experience in public sector and cultural organisations. He chaired Western Australia’s contemporary dance company, Co3, was a director of WA Opera and has been on the board of the Australia Council.

D’Orazio is smiled on by the government. In 2019, Fletcher and then finance minister Mathias Cormann appointed him to the board of Australia Post, where he has recently been caught up in the controversy over the sacking of chief executive Christine Holgate. According to Holgate, he is a friend of Cormann’s and, with the rest of the board, was considering privatisation plans for parts of Australia Post, but aspects of Holgate’s account are disputed.

Finally, there is Fiona Balfour. She was not recommended by the independent panel and it is not known whether she applied for the job. She has no media or public sector experience, but she does have an impressive CV, with stints as chief information officer of both Qantas and Telstra and wide board experience.

Whom did we miss out on because of her appointment? We know that award-winning television producer, broadcast executive and journalist Anita Jacoby was in the mix. There would have been others as well. And which skills and experience are still missing from the board? What might Buttrose have asked for, had either the government or the independent panel consulted her?

For several years now, no one other than managing director David Anderson and staff-elected director Connors has had public broadcasting experience. The board is underweight in public and community sector experience more broadly. It remains light on journalistic experience, and overweight with conventional commercial corporate board experience. It lacks anyone with a practitioner’s understanding of the arts, science or academia.

In other words, a lot is still wrong with the ABC board. The legacy of previous politically motivated appointments has not yet washed out.

Nevertheless, there is nothing in the current crop that suggests deliberate government vandalism. And in the current context, that is a mercy for which we should be grateful. •