Hard times on the opposition benches

What’s a parliamentary opposition to do when a traumatised electorate only has eyes for, is clinging for dear life to, the people who actually wield power? When the prime minister, premier or chief minister, basking in turbocharged authority, can’t seem to put a foot wrong, even when they most surely have?

Over in New Zealand, the National Party responds by churning through leaders. Over here the strain is evident in all jurisdictions, but particularly where Labor is in office.

Parties under pressure tend to showcase their contradictions and flaws. At the moment, Labor oppositions in New South Wales, South Australia and Tasmania, and, of course, federally merely find themselves out of the loop and irrelevant. The centre-right oppositions (the other states and territories) have the added problem, to varying degrees, of grappling with matters of identity.

Across the nation, hardcore Labor (and Greens) supporters are largely untroubled by the expanded government presence in our lives, the seas of red ink and the public dollars sloshing around. In fact some (I’ve seen them on Twitter) hope it ushers in a socialist nirvana. But many ideologically committed conservatives, including in party rooms, are insurrecting, dragging opposition leaders into unpopular (and nonsensical) positions.

This is most evident in Victoria, where shadow minister Tim Smith, the chief parliamentary conduit of discontent, has for months made life difficult for leader Michael O’Brien, and in Queensland, where an attempt to topple Liberal National leader Deb Frecklington culminated in the resignation of the party president and a series of confused utterances about border closures.

Those fiscal and libertarian purists might be angry with governments of all colours, but the prime minister, premiers and chief ministers remain snug and secure inside their approval-rating-driven authority. So far, that is — voters can be fickle. Treasurer Josh Frydenberg’s recent invocation of conservative legends Ronald Reagan and Margaret Thatcher, an attempt to tug the warriors’ heartstrings, indicates an appreciation of the tension.

There’s an added dynamic: incumbents, all of them members of the national cabinet, are largely sticking together. Well, avoiding attacking each other. Directly, anyway. Some MPs, including some senior ministers, have indulged in feel-good Labor government–bashing in their own states. Most high-profile have been Peter Dutton, on Queensland borders, and Dan Tehan, who had to backtrack a few hours after dumping on the Victorian premier on the ABC’s Insiders. But none of this stuff is coming from national cabinet members.

It’s true that Scott Morrison’s office briefs journalists about government dissatisfaction with the Victorians, but he himself doesn’t criticise. Overtly. In return, Daniel Andrews holds the prime minister close, letting no daily press conference go by without proclaiming the constancy and effectiveness of their working relationship.

The federal government’s decision, since reversed, to join Clive Palmer’s legal challenge against Western Australia’s border closure was a strange interlude. But when attorney-general Christian Porter is involved in decision-making, odd things can happen.

This intersphere support further isolates oppositions. One novel consequence is the unity ticket between the Liberal leader in Victoria and the Labor leader federally over the need for parliaments to sit as soon as possible.

It also means that the upcoming elections in the Northern Territory, Queensland and the ACT won’t be anything like business as usual. Tirades backwards and forwards between Morrison and all those Labor premiers/chief ministers will presumably be kept to a minimum.

For the other oppositions (apart from Western Australia, with an election due next March), logic would dictate they should be patient, wait out the crisis, and prepare for when business has returned to something approaching normal. But to varying degrees their leaders are under the gun, and for some of those leaders the damage will be permanent.

Remember the global financial crisis. It gave Kevin Rudd something to do just when the new prime minister’s apparent inability to extricate himself from the nightly news cycle was starting to look like a serious problem. By December 2008, as the stimulus payments were landing in voters’ bank accounts, his Newspoll satisfaction hit 70 per cent, his second-highest ever. Under Malcolm Turnbull, the opposition supported that first round of stimulus but opposed the second. That might have seemed dumb at the time — it went against the demands of everyone from ACOSS to the Business Council — but it set his party up to exploit the “debt and deficits disaster” at the next election and beyond. “His party” is a necessary qualifier because Malcolm wasn’t around to reap the rewards.

And as Rudd’s 2010 fate illustrated, fortunes can change quickly, particularly if an incumbent’s newly created X factor is crisis-induced.

What’s federal Labor leader Anthony Albanese to do? Try to anticipate the context of the next election and plan for that, but most of all, as a more seasoned politician than Turnbull and aware of his own mortality, he will prioritise not losing his job in the meantime.

That’s quite a balancing act. •

Covid-19 might have rescued the Coalition from criticisms of its climate policies, but it can’t dodge them forever 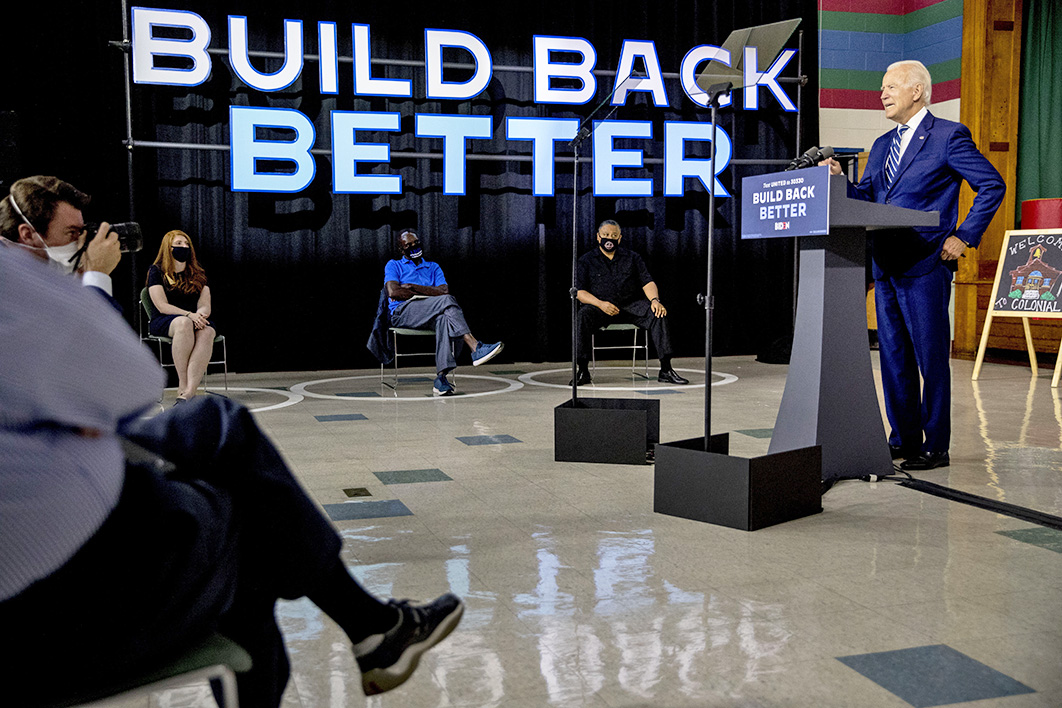