Music | Van Morrison has it, Gladys Knight has it, and so does Aretha Franklin. Somehow Nick Coleman captures it on the page 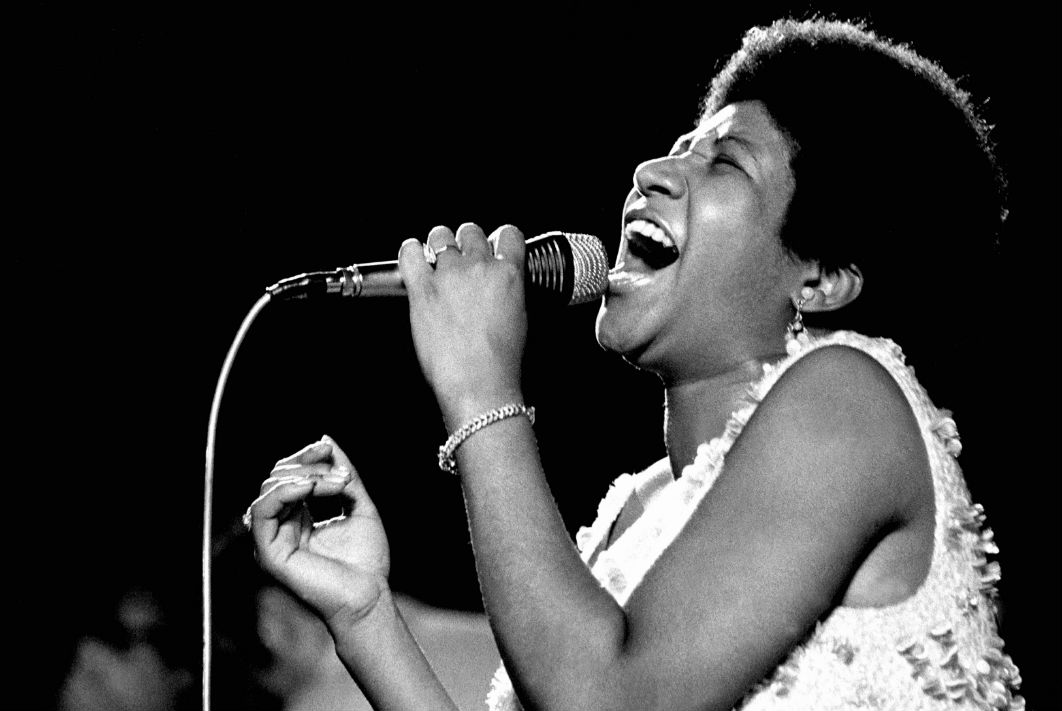 In the early 2000s, when Martin Buzacott and I were writing about the songs of Van Morrison, we set about our task as fans, anxious to explore his words and music. But the longer we listened and wrote about what we heard, the plainer it became that Morrison’s greatness lies not so much in his lyrics, melodies and chords as in his voice and what he does with it. And his voice is most powerful when he departs from the basic tunes and abandons words for a sort of guttural keening. This revelation not only gave our book its title — Speaking in Tongues — but altered its whole structure: after a blow-by-blow account of the tracks on Morrison’s studio albums comes a lengthy epilogue to say, in effect, that none of that matters so much as the manner of the songs’ delivery.

This is the starting point for Nick Coleman in his new book Voices: How a Great Singer Can Change Your Life. For Coleman, Morrison is a latter-day Caedmon, the seventh-century cowherd of Whitby Abbey whose divinely inspired singing was reported by the Venerable Bede. Caedmon didn’t know how he came up with his hymn and neither did anyone else, and it’s much the same with Van the Man.

“Morrison’s singing is less an act of will than an act of release,” Coleman insists. “And what a voice it is, and what confidence its owner must possess to allow it out in the way he does: often in an abrupt, gruff, hard-edged blurt, which attacks the moment as the edge of a spade chops into a sticky clod, all short-armed functionality and no flourish. But also sometimes a high fluting croon or a distracted stutter or a low burr or a carnal roar…” Precisely.

Coleman is very good at describing voices. Slade’s Noddy Holder is a “chainsaw with ginger mutton chops”; T Rex’s Marc Bolan emitted a “fey gurgle.” There’s the “heart-monitor spikiness” of early Joni Mitchell, Rickie Lee Jones rolling “syllables around in her mouth with… a combination of hunger and suspicion,” and Gladys Knight, who “made the sound of loneliness” with “a measured, thoughtful, huskily mournful warmth.”

Little Richard is here, and Bowie and Rod Stewart, Roy Orbison and Ray Davies, Billie Holiday, Janis Joplin and Amy Winehouse. But the book’s cover features a photo of the young Aretha Franklin, of whom Coleman writes: “No voice in any musical style has ever cleaved so closely to the spirit of ecstasy and its close associate, rapture (plus all the bits that break off ecstasy and rapture and fall away to collect in little regretful heaps).”

Coleman focuses not on “Respect” or “Chain of Fools” or “A Natural Woman” but on a B-side — the reverse of “Rock Steady” and the first track of her album Young, Gifted and Black, a song first recorded by Lulu: “Oh Me Oh My (I’m a Fool for You Baby).”

For Coleman it is evidence of Franklin’s musical ardour, though in this song — at least in her performance of it (though less so in Lulu’s) — it is a cooler, calmer ardour than we are used to from her greatest hits. It’s an intimate record in which a table-top ballet is acted out with fingers while curling cigarette smoke conjures a genie and a magic carpet ride.

“There is no sex in this story,” Coleman points out. On the contrary, “‘Oh Me Oh My’ in Aretha’s hands amounts to nothing if not the equation of romantic hope with the exercise of make believe and self-distraction — an entire song devoted to rapture as a form of innocent play.”

In many ways, Voices is a musical autobiography, a book about coming of age musically and in every other way. The author doesn’t spell it out, but pop songs themselves — in their listeners’ minds, and especially if they’re young and impressionable — can be exercises in make-believe and self-distraction, more often than not equated with romantic hope. But in Aretha Franklin’s performance, the author also senses doubt.

“This ‘Oh Me Oh My,’” Coleman tells us, “is the love song of a woman who fears that the only one you can really trust with your heart is God, but wants desperately for that not to be the case.”

It isn’t until the end of the book that we learn that Coleman, who was once arts editor for the UK’s Independent and Independent on Sunday newspapers, and who has written about music for the Times and the Guardian, is now substantially deaf, completely in one ear and intermittently in the other. Even when not completely deaf, the goodish ear only has partial hearing. (If we’ve read Coleman’s earlier book, The Train in the Night, we’ll have known about his affliction from the start.)

Voices, then, is the author’s attempt to translate into words the sound of songs he has loved and the singers who have sung them, words that will salt down these memories for the future, in the hope of enduring “any new season of deafness, whether that silent winter was to be a lifelong one or only temporary.”

It is not easy to convey a sound in words, but Coleman’s attempts are hugely successful. Voices is a personal book, not a technical one, but the author continually finds the right analogies, the right metaphors for the voices in his head, and he brings them so startlingly to life we can almost hear them. ●

Composer Andrew Ford presents The Music Show on ABC Radio National each weekend. His latest book is The Memory of Music. His interview with Nick Coleman can be heard here, and he also talked to Nick about Aretha Franklin after her death in August 2018.