Hong Kong: the crack in the door

Whatever the outcome of the current battle, Hong Kong’s protesters have the advantage in the longer-term war for rights and freedoms, writes Kerry Brown 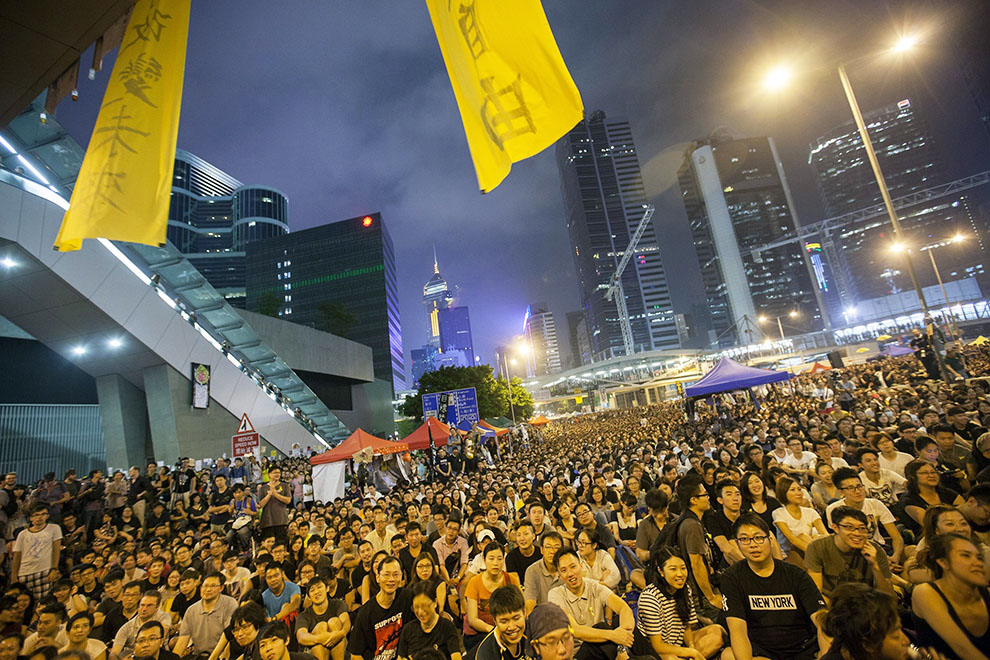 Once upon a time, pompous British bureaucrats working on Hong Kong policy before the handback of the city to China in 1997 would haughtily declare that they were focused on preserving the rights and freedoms of the people of Hong Kong. This language, married to a “one country, two systems” framework that promised a “high degree of autonomy,” seemed to set Hong Kong up for a fine future as a special administrative region of the world’s most populous country.

Over the past few months, the atmosphere has dramatically changed. At the heart of this shift is the simple, brute fact that the British deals over Hong Kong’s reversion to China were not only highly abstract, but were also undertaken by officials who believed that Beijing would continue to be a middle-ranking power reliant on the financial and economic importance of the territory it was inheriting.

Less than two decades later, China is the world’s second-largest economy, with its own evolving finance centre in Shanghai. For a country increasingly aware of its status and importance, Hong Kong has slipped as a priority. It matters as a place where Chinese corporates can engage with the world and as a launchpad for investment into the outside world. But as an integral component of the stability and prosperity of the mainland, it no longer has the rank it once had.

This is reflected in the language Beijing uses in talking about Hong Kong. The white paper from the Chinese State Council in May 2014 was categorical. “We are in charge now,” was the message in almost every line. The final authority over Hong Kong, it made clear, lay with the National People’s Congress in Beijing. And while the paper didn’t say this, the world knows that the final say over all those deliberations sits in the Communist Party of China’s Standing Committee Politburo. Far from being “one country, two systems,” there was only ever “one country, one system” in the political realm.

This meant that Beijing regarded its proposal that five million Hong Kongese would be allowed to vote for the chief executive from 2017 as extraordinarily generous. That these five million would only be able to choose between candidates selected by a carefully assembled screening committee was the detail that drove so many onto the streets in Central and Kowloon in late September and into October. This, they felt, is not what was originally agreed.

The feeling of resentment in Hong Kong runs very high now, and with good reason. Residents had no real say in the running of their territory under the British, and they have not much more now with the Chinese in control. What, they wonder, is the “autonomy” they have been granted under the “one country, two systems”?

In the 1980s and 1990s, under figures like Percy Cradock, the British bureaucrats prided themselves on having a hard-nosed appreciation of the mindsets of the Beijing leadership they were dealing with. They thought of themselves as ultrarealists. But only seventeen years into the deal they constructed, it is clear that they either fundamentally mistook the beliefs of their negotiating partners, or did a deal in bad faith. Perhaps it really was the former. For all their self-belief, this generation of official British sinologists had one evident weakness – arrogance. The people of Hong Kong are now suffering the results.

Samuel Johnson, the great eighteenth-century British critic, wrote that when all illusions are stripped away you finally have the truth. For Hong Kongese, the illusions have mostly gone. Seeking reassurances and help from the British or outsiders will do little; for Beijing, these are the colonial interferers who should never have been there in the first place, and who have now lost their right to speak on what it regards as an internal issue. Looking to their chief executive to speak for them in Beijing will not work much either for the Hong Kongese. Leung Chun-ying has proved unwilling and probably incapable of doing anything except slavishly follow Beijing’s line. After the recent demonstrations his days in politics are almost certainly numbered; his tenure has been an embarrassment, and a post-retirement career in his original profession, real estate, no doubt awaits him.

But there is hope. Armed with a more realistic knowledge of the terrain in which they are working, the protesters now know that they are on their own, and have to use their own nous and instincts to plot a future. Hong Kong might no longer be as important to China as it used to be, but it still has major significance as a stable, rules-based international capital centre and base for major strategic enterprises, and Beijing would be loath to see it decline. The protesters must be brutally pragmatic now, getting off the streets and starting to build supportive constituencies particularly among business and in other realms that accept the argument for maintaining Hong Kong’s special status and can work with them to lobby Beijing.

The bottom line is that Hong Kong has been given something. It will be the first place in China to hold universal-franchise elections, even if the candidates will be limited. That is the crack in the door. It is highly unlikely that Beijing will step back from this. The 2017 election might be a lost cause, but after 2017 there will have to be changes and adaptations. The protesters might feel they have lost the battle, but the longer term is the war they have to win. And here, there is everything to play for.

In the outside world, we have all received an education. The patronising idea, instilled by British colonial rule, that Hong Kongese were apolitical people, solely focused on trade and business, heedless of having a say in how they are ruled, has been despatched to the trashcan of history. Hong Kong is now a political place, as politicised as the vast mainland. Treating it as an enormous trading floor and never taking notice of the lives of the people there was always wrong. Now it is just stupid. •