How Labor could fight back in inner Melbourne

Dig a little deeper into the result of the Northcote by-election, and there’s hope yet for Labor in what was starting to look like Greens territory 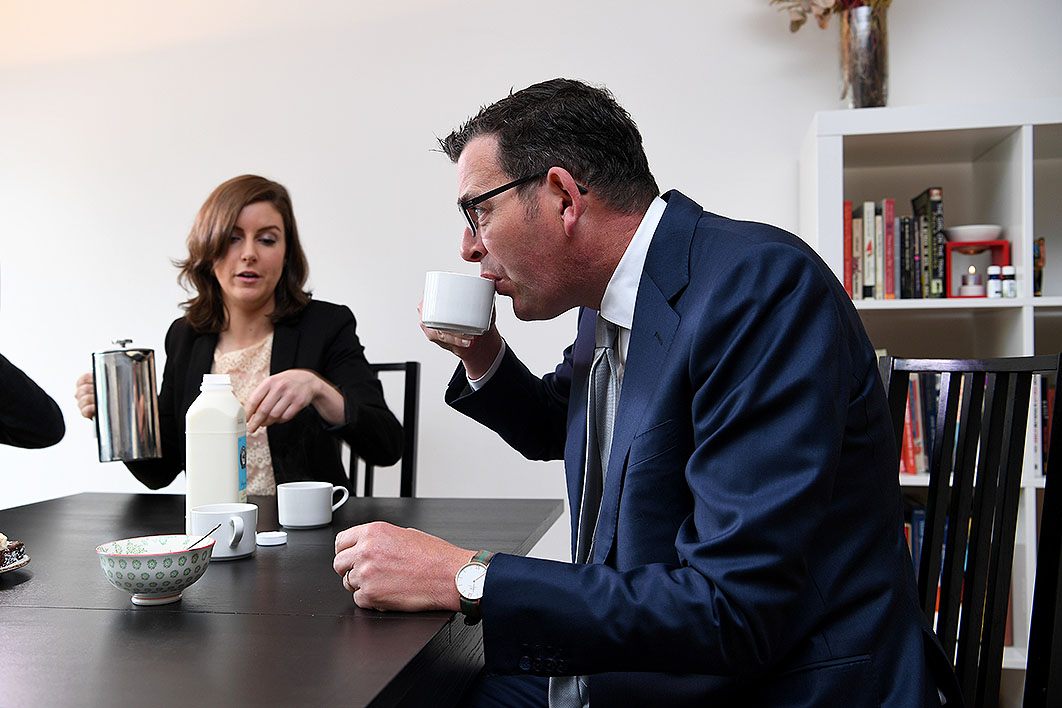 At first sight, the 11.6 per cent swing to the Greens at last month’s by-election in the Victorian seat of Northcote looked like a disaster for Labor. But it could have been worse — and last time Northcote voted, it was worse.

In fact, the Northcote result went halfway to becoming a remarkable salvage operation — one that shows Labor potentially winning back inner-suburban turf from the Greens. In the short term, it suggests that if the federal member for Batman, David Feeney, is the next victim of the citizenship fiasco — and if Labor replaces him with a more attractive vote-winner — there is a strong chance the party will roll back the Green tide and retain the seat with an increased majority.

Bad as the result looked for Labor, it was much better than its vote at last year’s federal election. Between the two elections, Northcote’s cool electorate swung 5.3 per cent in two-party terms — away from the Greens, towards Labor.

That was not the way anyone has reported it. We journalists and election-watchers didn’t do our homework on this one.

First, if you look at the way Northcote has voted at the last five federal and state elections, there’s a zigzag pattern. The 2010 Victorian election was the first time the Liberals directed their preferences to Labor, rather than the Greens: adjusting for boundary changes since, I estimate the Greens’ two-party vote at 40.4 per cent.

But in 2013, when the rest of Australia embraced Tony Abbott, the Northcote part of the seat of Batman swung sharply to the Greens; they won 49.3 per cent of the two-party vote there, almost a 9 per cent increase from the 2010 state vote. Was it a protest against Labor’s disunity and poor government? Or against Feeney, who was imposed on the electorate by head office? Or did it reflect the rising tide of Green support in inner Melbourne?

It was a different story at the 2014 state election: Labor MP and future minister Fiona Richardson retained Northcote easily. The Greens’ two-party vote dropped to 44 per cent, 5.3 per cent down from the federal election. Why? Labor in Victoria is to the left of the federal party. Richardson was widely respected. And the Greens’ focus in 2014 was on winning Melbourne from Labor, and Prahran from the Liberals. Northcote wasn’t a priority.

Come 2016, and the federal election, the Greens went all out to win Batman — even though it required a swing of 10.6 per cent in a seat whose northern half, made up of working-class Labor suburbs, is a foreign country to them. They were helped by an awful campaign by Feeney, who discovered that he had “forgotten” to declare a $2.3 million investment property in the electorate, where few issues matter more than people being priced out of housing.

Within the state seat of Northcote, the Greens overachieved: they won a phenomenal 11.6 per cent swing, and 60.9 per cent of the vote. But north of Bell Street, especially in Reservoir and Bundoora, the swings were mostly in single digits. Feeney held on with his margin slashed to just 1 per cent.

Last August, Fiona Richardson died from cancer. The Liberals decided not to stand at the 19 November by-election to replace her. Without their preferences to rescue Labor, the Greens won the seat with another 11.6 per cent swing.

One explanation is that Northcote voters like the Andrews government and its candidates — Clare Burns, Labor’s by-election candidate, won good reviews — better than the Shorten opposition and David Feeney. Labor’s hard line against refugees works against it in seats like this. Younger voters have never known a successful federal Labor government.

But an alternative explanation is that Labor polled much better this time because it ran a campaign targeted to the issue of economic inequality, which is hurting the lives of thousands of articulate young people in seats like Northcote: insecure and part-time employment, mixed with impossibly high housing prices and rising rents.

Labor’s assistant secretary in Victoria, Kosmos Samaras, has spelt this out in a very interesting paper. He argues that we are going through a third industrial revolution, in which the gains made by previous generations of workers — full employment, good wages and conditions, home ownership — are being rapidly eroded, creating a new class of people with good qualifications but low incomes, insecure employment, and no prospect of buying a house where they want to live. Samaras uses “the precariat,” a term popularised by sociologist Guy Standing, to describe them.

“We went after a particular type of voter in Northcote,” Samaras tells Inside Story. “There’s a growing number of young people whose lives are precarious. They have university degrees, but can’t get the permanent, full-time work they need to plan their lives ahead. They don’t want to live in the suburbs, but in the inner city there’s a more aggressive rental market than we’ve seen for a long time. We’re experiencing evictions; rents are going up every six months.

“We’re not going to beat the Greens by going up against them with the voters who are very progressive. But for this group, the issue that matters most is economic inequality — and that is our turf.”

Andrews began the campaign by visiting Northcote to announce new rental laws to improve tenants’ rights — including limiting rent increases to once a year, and requiring landlords to provide a reason for evictions — and Labor reminded voters that it has exempted first home buyers from stamp duty, and put a tax on owners of empty dwellings to encourage them to sell or rent. Being out of government, and with no prospect of winning power, the Greens can’t fight on that front.

If there is a by-election in Batman, it’ll be an interesting one. The Greens’ momentum versus Labor’s momentum, with the Liberals planning to sit in the stands and watch. It’ll be a pointer to the bigger contests ahead. •