How many ripped-up contracts will it take? 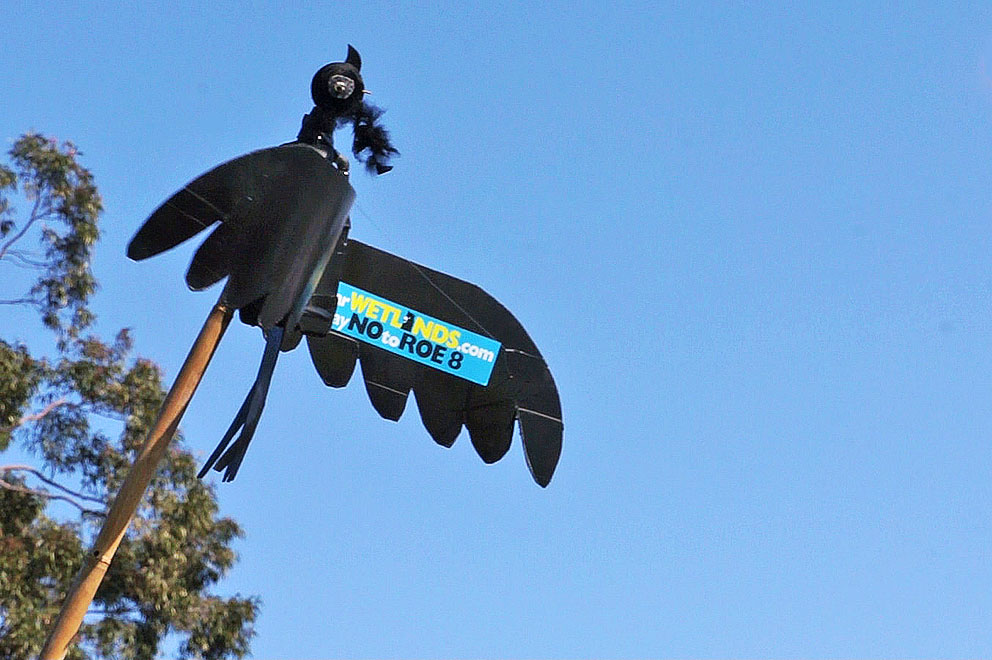 What is going on here? Protesters in Perth argue that the Roe 8 freight link will endanger the habitat of the black cockatoo. perthhdproductions/Flickr

Election day for Western Australia is just under a week away, and already tens of thousands have turned out for early voting. If the polls are anything to go on, Labor is looking a solid chance to take government. Locals like to make a point of the west’s being different from the eastern states – “Perth is closer to Jakarta than Canberra, you know?” – and there is plenty going on in the state election to support this, whether it’s the strange Liberal–National–One Nation preference tango or simply the fact that the contest features three long-serving party leaders – Liberal premier Colin Barnett, Labor leader Mark McGowan and, albeit with a brief interregnum, Nationals leader Brendon Grylls – a rare sight in Australia these days.

But some things are eerily familiar to the east-coast-dweller’s eye, and none more so than the politics of the Roe 8 freight link. The parallels between that imbroglio and Victoria’s infamous East West Link saga, for instance, are too many to count. An enormously controversial inner-city toll road provoking rolling protests, “direct action” and court challenges; contracts signed with an election only months away, despite declarations by the opposition that they won’t go ahead with the project; sweaty state Labor leaders telling the press pack they will rip up said contracts if they win office (which, when they made those pledges, looked entirely likely); tussles with the feds over redirecting Commonwealth dollars promised to the projects… the more one looks, the uncannier things get. Sydney’s WestConnex is not far below on the déjà vu spectrum, but Roe 8 and East West are so incredibly alike it’s worth asking what exactly is going on here.

Well, what indeed? Why are these inner-city road projects crashing into elections again and again, and becoming the subject of messy politicking and brinkmanship? One common denominator is the Abbott government. Eager to go down in history as “the infrastructure prime minister,” Abbott pumped billions into a score of inner-city road projects within months of winning government. At the same time, he made a point of shunning public transport projects, even those deemed a higher priority by Infrastructure Australia, the independent umpire.

This change in Commonwealth priorities saw a bunch of projects leap the funding queue, despite many having not been fully planned or costed. With the states desperately reliant on Canberra to get any project rolling, all they could do was try to make up the time and get sods turned by the next election. According to this account, what we saw in Victoria and are seeing now in Western Australia is really an aftershock of Abbott’s brief but consequential time in the Lodge.

It’s a temptingly simple explanation, but it assumes some pretty debatable points, including the idea that power has become so centralised in Canberra, and especially the prime minister’s office, that whoever sits in the PM’s chair essentially dictates what happens at every level of government. Put a roads man in the chair and we get a massive realignment of policy and resources to favour roads; switch to an avid rail fan and we get a recalibration with some money shifting back to public transport. The PM says jump and the entire Australian political system asks how high.

In reality, these controversial schemes are the product of the enormous mess of bureaucracy and lobby groups, political imperatives and economic limitations that get between any leader and the rolling-out of a policy. It takes a lot of momentum and collaboration to turn a leader’s idea into reality, and often a lot changes in the process. Indeed, navigating a policy or a project through this maze of interests and institutions, players and processes can be so torturous and require such political dexterity that they often simply never make it through to the other side.

This seems to be the fate of more and more policy initiatives these days, whether it’s greyhounds in New South Wales, abortion law reform in Queensland, or pokies, negative gearing or carbon pricing in Canberra. Mobilising opposition to a project has never been easier, thanks to social media, and the fragmentation of the two-party system in recent decades has multiplied the number of fronts on which a project can be attacked. It has probably never been harder to pitch a project and get it through to the ribbon-cutting.

If that is indeed the underlying problem with all these infrastructure fiascos, then we’ve been thinking all wrong about infrastructure reform for the past ten years. Since Kevin Rudd took over the leadership of the Labor Party in the lead-up to the 2007 election, the big push has been to depoliticise infrastructure, to get it away from politicians and into the hands of independent experts. Not only has that push failed utterly – politicians have bypassed the new processes and authorities set up to make infrastructure non-political – but the thinking behind it is profoundly mistaken about the nature of infrastructure.

Infrastructure is inherently political. It involves the allocation of public resources (even when private capital features heavily) and appropriates space in the name of the common good. And once projects are announced, they necessarily have to run a political gauntlet to make it to completion. A thumbs-up from the brains trust at Infrastructure Australia, or one of the state-level authorities, will never change the fact that projects require political momentum to get up. Good politics – careful building of support, cobbling together coalitions, bringing together stakeholders and so on – is the foundation for good infrastructure. Until we accept that, expect to see more East West Links and Roe 8s on the horizon. • 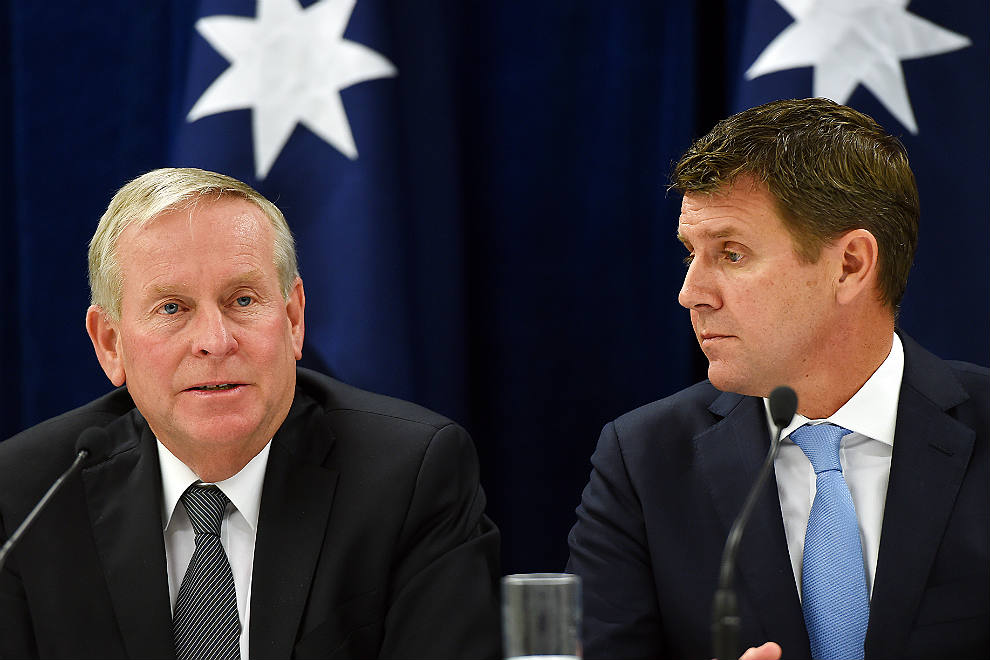