In praise of credentialism 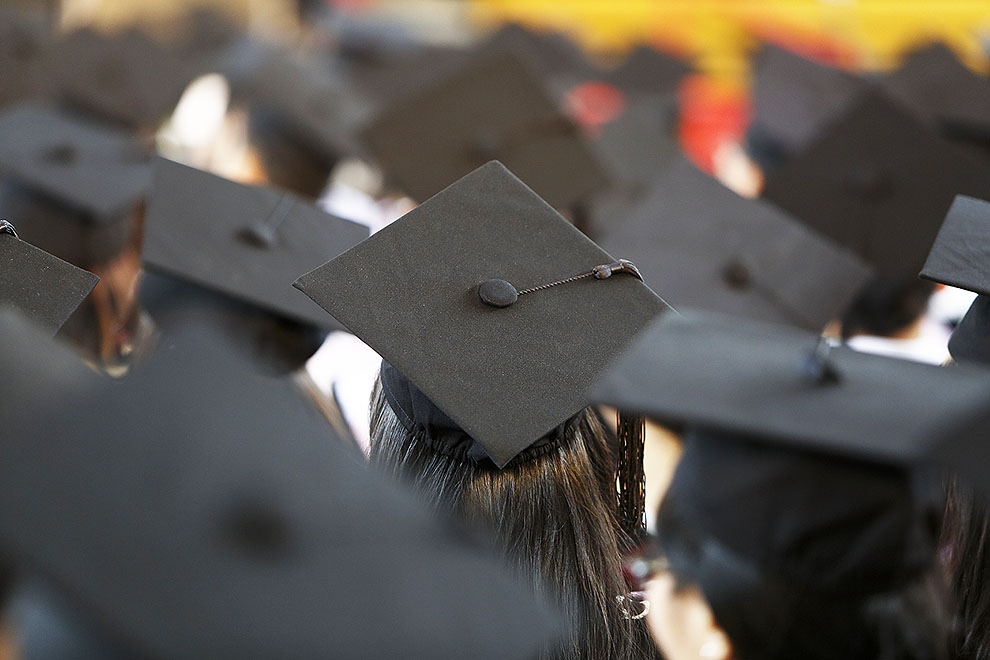 “Credentialism” was listed in the OED as a new word as recently as 2013, but the term has been in widespread, invariably pejorative use in academic and policy circles at least since the 1980s. Although it is commonly associated with Ivan Illich’s Deschooling Society, published in 1970, the underlying debates go back to the beginnings of mass education in the second half of the nineteenth century.

The term “credentialism” is used in many different ways, some of them contradictory, but the implication is consistent: too many young people are getting too much formal education, at too high a level. This implication was spelt out recently by Dean Ashenden, who contends that “education has not just grown to meet the expanding needs of the post-industrial economy, but has exploded like an airbag.”

The claim that young people are getting too much education, and the supporting critique of credentialism, is pernicious and false. To explain this, it is necessary to disentangle a range of concepts commonly associated with the term credentialism in public debate. These include:

• Legal requirements that particular jobs can only be performed by people with a specific educational credential. I’ll call this “formal credentialism.”

• Employer preference for university graduates to fill jobs that would once have been filled by high school graduates.

• The replacement of on-the-job training by formal educational courses in specific occupations. In particular, this includes replacing apprenticeships, as a way of obtaining credentials, with classroom training.

• The problem of people with formal credentials not obtaining the jobs associated with those credentials.

• Demand for university education among young people (or their parents) who might once have gained a trade qualification.

Let’s take these points in turn. The stress on formal credentialism – the specific requirement for an educational qualification to be a member of a defined profession – is a phenomenon whose time has passed. The traditionally male-dominated professions, such as medicine, law, accounting and engineering, took their present, credentialled forms in the nineteenth century or early in the twentieth. Traditionally female-dominated professions, such as teaching and nursing, lagged a little, but the process was completed for teachers by the 1960s and for nurses by the 1980s.

In at least some discussions of credentialism, this seems to be treated as a continuing process. In reality, though, the newer professional occupations associated with the information economy, such as programmers, systems analysts and social media experts, have no such formal structure. The same is true of twenty-first-century job categories like “sustainability adviser” or “event planner.” Although plenty of courses cover such subjects, no specific requirements or standardised job definitions exist.

Rather than obtaining formal credentials, typical new professionals combine training and experience relevant to their occupation with general skills acquired through school and university education: written and verbal communication, research skills, the capacity to organise projects independently, and so on. Job titles and responsibilities are generally fluid, and the same person may shift between a number of related occupations over the course of a career.

A more relevant basis for concerns about credentialism is the increasing preference of employers to hire university graduates to fill office and service sector jobs when a job with the same title might once have been filled by a high school graduate. The best evidence on this topic comes from the United States.

The proportion of jobs classified by the US Bureau of Labor Statistics as typically requiring at least an associate degree has risen steadily over time, and is now around 26 per cent. But the proportion of eighteen-to-twenty-four-year-olds enrolled in degree-granting post-secondary institutions is around 36 per cent.

A 2013 New York Times article dramatised this under the headline “It Takes a B.A. to Find a Job as a File Clerk,” reporting on firms that hire only people with a bachelor’s degree, even for jobs that “do not require college-level skills.” The report canvassed a number of reasons why firms might prefer to hire college graduates as file clerks, but missed the most obvious one. A file clerk today is routinely expected to have database management skills that far exceed anything that might have been asked of a similarly titled employee a few decades ago, when computers were the province of experts operating in specially air-conditioned rooms.

Similarly, as email has replaced telephone calls and face-to-face communications, office jobs of all kinds now require skills in written communication that were less important in the past. A university graduate can generally be assumed to have acquired such skills, regardless of their specific qualification. The other side of the computerisation coin is that much of the routine work (photocopying, manual data entry and so on) that used to be associated with office jobs has disappeared.

This is one instance of a more general point. Just as the proportion of unskilled jobs in the economy has declined, the skill requirements for jobs have changed. Even where this is not recognised in a changed job title (executive assistant replacing secretary, for example), the reality is obvious. Where unskilled work in professional and semi-professional occupations has not been eliminated by technological change, it has commonly been assigned to lower-status workers. Much of the physical work once undertaken by nurses, for instance, is now done by nurses’ aides.

These processes in turn help to explain the gradual replacement of on-the-job training (“sitting next to Sally”) by classroom instruction. The viability of on-the-job training depends on the existence of simple tasks that can be performed by an unskilled new starter. The willingness of “Sally” to provide training as part of her job reflected the fact that such tasks could be handed over to the apprentice. But, as the file clerk example illustrates, the kind of routine office work suitable for an unskilled on-the-job learner has largely disappeared. In most offices, a high school graduate requiring training would be a liability rather than an asset.

An obvious implication of this process is that much of the training that was once done on the job is now undertaken in classrooms. Someone seeking a job as a file clerk, for instance, would be well advised to acquire a knowledge of computer programs such as Microsoft Office, and an understanding of database management. This is likely to be done more efficiently in a classroom setting than by osmosis in a busy office.

The flipside of the complaint that jobs not requiring a university education are being taken by graduates is that many graduates are employed in jobs that don’t require their credential. This complaint is implicitly directed at an extreme version of credentialism, presupposing a one-for-one match between jobs and credentials. The implied policy is a system of central planning, in which the education system has been designed to ensure that there is no excess supply or shortage of workers of any given kind. Showing that this extreme kind of credentialism hasn’t worked is taken to be a demonstration that there is too much education of all kinds.

Finally, the view that people attending university might be better off getting a trade qualification is a false dichotomy. Some kinds of skilled trades provide wages comparable to those of university graduates. But they typically require a lengthy training period in which the importance of formal education, in trade schools or similar institutions, is increasing over time. The relevant choice for society as a whole is not between different forms of post-school education, but between higher and lower participation in post-school education.

Ever since the rise of the industrial economy in the nineteenth century, technological change has replaced unskilled human labour with the work of machines. Some skills have also become obsolete, but the overall tendency has been to require ever-higher levels of average skill in the workforce. The rise of information technology since the mid twentieth century has extended the process to routine information processing of all kinds, from running messages to adding up accounts.

If the mix of skills in the workforce doesn’t change, the effect would be to increase the demand for skilled workers, and reduce that for unskilled workers, thereby increasing inequality.

Having made this case, it’s important to reject the idea that education represents a panacea for the growth of inequality. This idea is wrong in two ways. First, the skill-biased nature of technological change means that, unless the supply of skilled and educated workers increases over time, the skill premium will rise, as it has done over the past thirty years or more. Put simply, it’s necessary to run hard even to keep still.

Second, while growing wage inequality is important, the biggest contributor to increased inequality is the growth in the share of national income going to profits and to the financial sector. Expansion of education is not going to fix this, at least not directly. A better-educated electorate might well see through some of the spurious claims made by the defenders of inequality and elect governments committed to producing better social and economic outcomes. But at least in the recent past, the votes of the educated have not been sufficient to produce such outcomes.

An increase in average levels of educational attainment is not a sufficient condition for a more equal and productive society, but it is a necessary condition. Attacks on “credentialism” and the resulting devaluation of education serve to support an increasingly unequal society. The fact that these attacks are commonly put forward by people who have themselves benefited from education, and have no intention of depriving their own children of those benefits, only makes matters worse. • 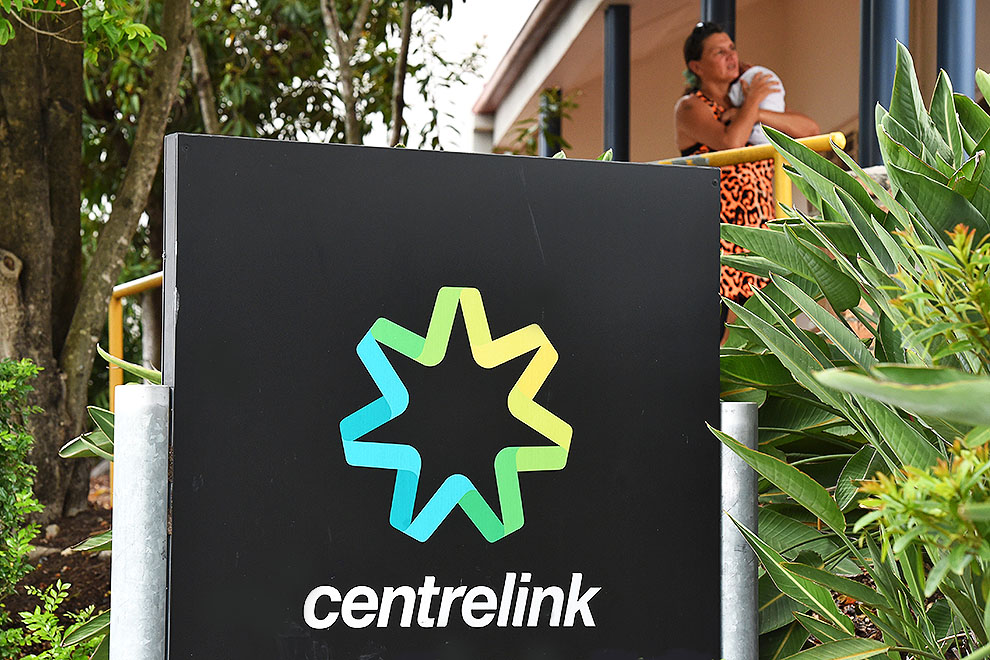