Is it time for voter ID?

The federal government thinks so, but probably for the wrong reasons 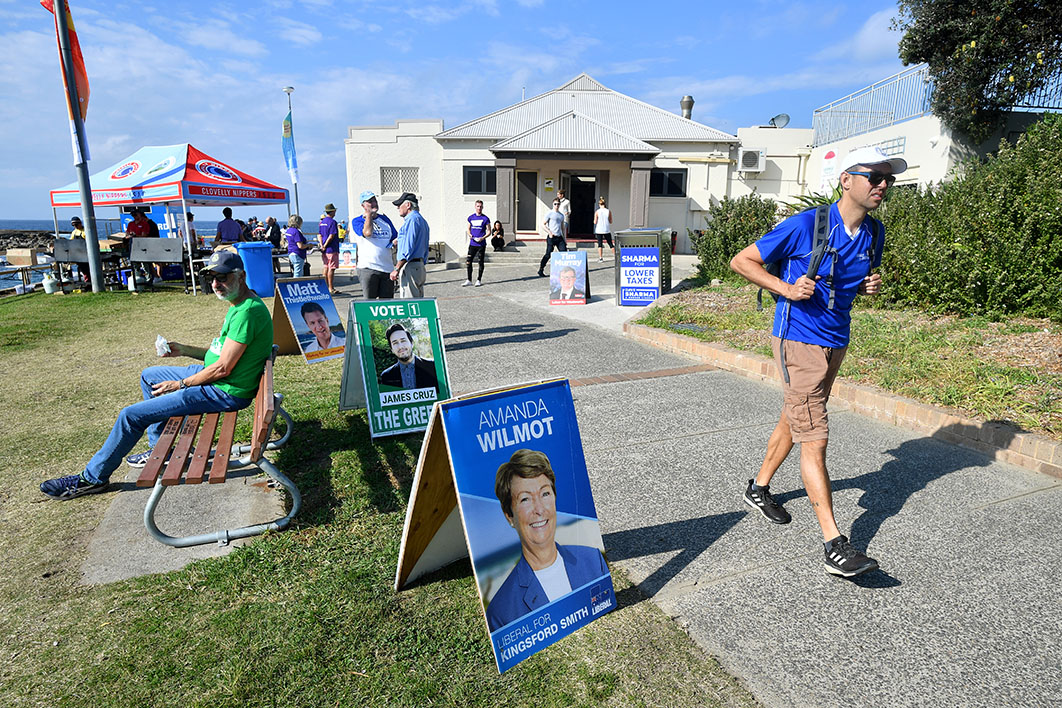 Which problem? Voting at Clovelly Beach for the 18 May 2019 federal election. Joel Carrett/AAP Image

Voter ID is back. According to media reports, the federal government will shortly table a bill to require voters to provide evidence of their identity at federal polling booths.

Any discussion of this topic needs to first extract itself from a fallacy that befalls so many debates about voting rules (compulsory voting is a fine example): that the United States is the only other country in the world. And look at how terrible things are over there!

Voter ID has a long and ugly history in America, and has become deeply embedded in the ideology wars. Australian partisans tend to inhale these battles as if they’re happening here. But the world contains many functioning democracies.

Yes, America has a ridiculously decentralised voting system (state legislatures decide rules for national elections; local councils do their own thing) that’s riddled with partisanship. Australia does not. In fact, with a permanent national body that conducts elections — the independent Australian Electoral Commission — we are at the opposite end of the spectrum. (Most liberal democracies have national election laws administered by public servants and local government employees.) So let’s leave America out of it.

Our centre-right parties have been itching to introduce voter ID for decades (although John Howard didn’t when he had his 2005–07 Senate majority). While some current advocates of voter ID spend too much time on American right-wing websites, the reaction from opponents of the idea can actually be worse. No less than Labor’s national secretary, former treasurer Wayne Swan, has tweeted that it involves “rigging elections.” (He accuses the Coalition of “Trumpist” behaviour, but claiming your opponent will steal the election is actually part of the Trump playbook.)

But it’s true that Australia doesn’t have a problem with voter impersonation. In Antony Green’s much-quoted words, voter ID is a “solution in search of a problem.”

The fact is that most countries do have voter ID laws, including most of those we would compare ourselves to: longstanding liberal democracies with advanced economies. But then, most of them are in (western) Europe and have national ID cards that people must carry around anyway. Of the more comparable nations — New Zealand, Canada and Britain — all without civic registers, only Canada requires voter ID for national elections.

Still, being in the minority is not a good reason to change. In this case, there is really only one good one: public perceptions. Most Australians support voter ID because it just makes sense, and it seems strange you don’t do it already. In the pre-Netflix era, advocates would point out the apparent incongruity of needing ID to rent a video but not to employ that precious possession, your vote.

The answer then and now is that enabling nearly all people to exercise this right — as might be the case with voter ID — is not good enough. As a society we don’t want voting to be restricted to the 80–90 per cent who have no trouble producing ID. Elections are supposed to be the big leveller; all our voices should count equally.

But the public confidence factor can’t be dismissed.

The last federal election’s jaw-dropping outcome, dramatically contradicting all published opinion polls, produced a dollop of social media conspiracy theorising — but no more than that. Virtually everyone accepted that it was a genuine result. We want to keep it that way. Perceptions matter.

When Queensland’s Newman government brought in a voter ID law in 2013, I gave it a single thumb up. If we were going to have such a thing, this one seemed pretty innocuous. If you didn’t have ID you would fill in a declaration vote to be checked later. It was used at one general election, in 2015, before the new Labor government repealed it.

Anecdotally, Queensland’s experiment produced longer queues. As Graeme Orr notes, turnout dropped, but turnout fluctuates between elections anyway, and cause and effect can’t be reliably identified. Still, it wouldn’t be surprising if voter ID laws turned a lot of people off. And it also produces another possible excuse for not voting. While “I don’t have ID” might not, strictly speaking, be a reasonable defence, it’s likely the Electoral Commission of Queensland was lenient.

(Data from ECQ annual reports mildly supports this. The 2012–13 annual report says $5 million was paid in non-voting fines in that financial year, “the majority… in connection with the two major electoral events conducted in 2012” — that is, before the new voter ID laws. Its 2014–15 and 2015–16 reports, covering the first election under voter ID, recorded just under $1.5 million in total.)

The planned federal legislation, which at time of writing hasn’t been seen, looks as if it will be like Queensland’s, but with the added feature that you can get someone else on the roll to vouch for you if you’re without ID. Not mentioned in current media reports is whether the AEC will send all voters a letter that could be used as ID (as happened in Queensland).

The fine print is that little checking of those declaration votes was done in Queensland. If the claimed voter was on the electoral roll, the vote was counted, because logistically it wasn’t feasible to check if their name was already crossed off one of the many copies of the roll. So for all intents and purposes, that voting paper might as well have gone straight into the ballot box in the first place, along with all the IDed votes.

The Queensland rule was really just a disincentive to vote fraudulently. And, of course, a means to maintain a perception of electoral propriety.

Technology has changed since 2013, too. Increasingly, electoral rolls are being accessed electronically by officials on election day. As far as I know the rolls are not yet live at federal elections, which would facilitate the immediate cross-off of names across all copies of the roll. But even then, under the Queensland arrangements, nothing would have stopped someone impersonating someone they knew wasn’t going to turn out.

So much of this discussion is very twentieth century. Technology is changing the way we live our lives; letters and paper ID are becoming obsolete. Most people don’t receive utilities bills in the post. Not everyone has a printer. It is, of course, impossible for postal voters to show original identification. Widely used internet voting will come eventually (but not soon, fear not).

If the federal government’s ID plan becomes law, the AEC will require extra resources. There will be teething problems. It’s probably easy to overstate the contribution to public trust. Conspiracy theories about electoral malfeasance could take root regardless, and would be likelier in the event of a Labor win. (Already the AEC has to deal with wacky social media disinformation.) The loophole described above creates plenty of space for feverish speculation.

And while the Newman government in 2013 enjoyed a massive majority in its single chamber of parliament, the current legislation must pass the Senate to become law. That’s quite a hurdle. •