Is something rotten in the City of Melbourne?

By the time a new lord mayor is elected in May, quite a few electors will have voted twice 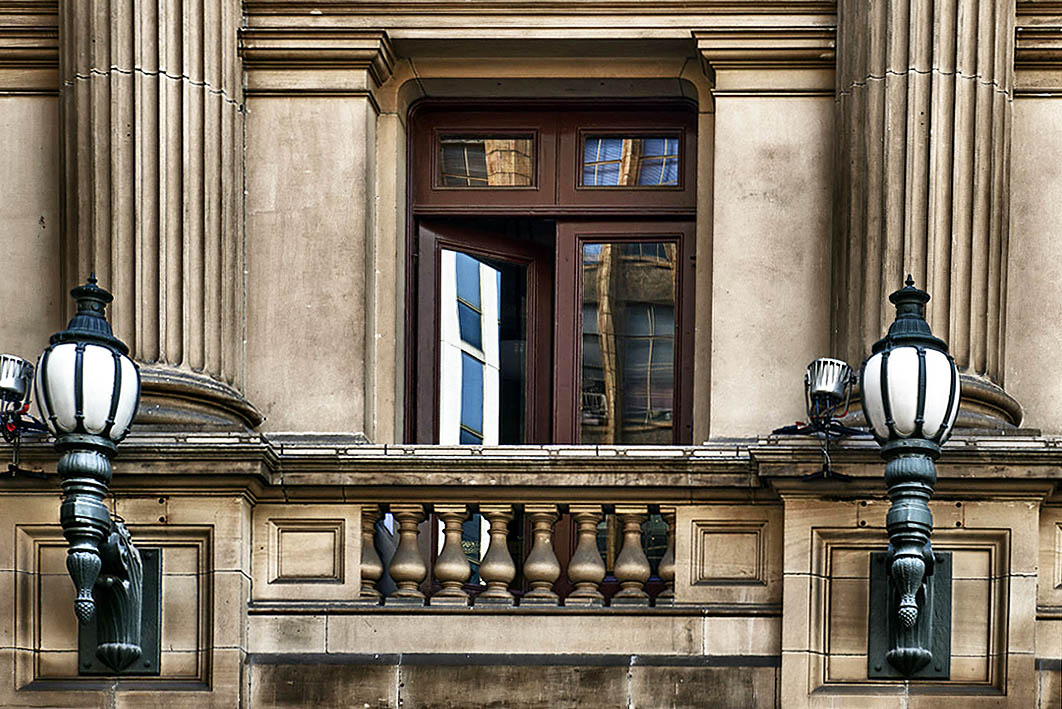 Voters in the City of Melbourne go to the polls in May after the resignation of lord mayor Robert Doyle ahead of a damning report on his alleged sexual misconduct. The circumstances that led to the vote are concerning enough, but the nature of the vote itself raises awkward questions about what democracy means in this busy metropolis.

It will be a bizarre election in many ways. For one thing, it features a weird and wonderful line-up of candidates. Liberal-aligned pollster Gary Morgan is hoping he’ll be fourth time lucky, having stood against Doyle three times; councillor Ken Ong, another Liberal, has also thrown his hat in the ring. Colourful independent contenders include activist Phil Cleary, a former federal parliamentarian once tripped up by section 44 of the Constitution, and sporting identity Sam Newman, who is reportedly considering a tilt. Embattled state MP Jane Garrett was thinking of taking a stab too, but decided against it, leaving no Labor-backed candidates.

But the main contest will be between the Greens, who hold this turf at a state and federal level — their candidate is councillor Rohan Leppert — and the Property Council’s CEO, Sally Capp, who is formally unaligned but has backing from segments of both the Labor Party and the Liberals. Altogether, it is a strange contest for those of us accustomed to a fairly clear party divide.

In fact, none of the normal rules seem to apply to the City of Melbourne. Unlike other levels of government and most of its local counterparts, Melbourne elects its top office-holder through a direct, popular vote. Tasmanians and Queenslanders are more practised at this kind of thing — they directly elect all their mayors — but in Victoria mayors are generally elected from and by councillors. The state’s only other exception has been the mayor of Geelong, though that city reverted to indirect elections last year after things went sideways under its colourful mayor Darryn Lyons.

Then there is a quirk in the franchise for Melbourne Council elections. Both residents and ratepayers get a vote — that much is common in Australia (except in democratic Queensland, which abolished the property franchise in 1921). Where Melbourne gets strange is that corporations or joint property holders get a second vote. That’s one vote for people and two votes for businesses — a system that only Melbourne and the City of Sydney enjoy. As a result, says poll-watcher Ben Raue, businesses and non-resident property holders make up a majority of the votes — as much as 60 per cent, leaving just 40 per cent for residents.

This eccentric system makes Melbourne closer to the old rotten boroughs of England than a proper representative democracy. One person, one vote is nowhere to be seen. Or perhaps, if we’re being more generous, it is more like a medieval republic, with trades and guilds rather than citizens electing the Doge. Indeed, in Sally Capp we have one of the most powerful local professions — the Sacred Order of Property Developers — standing its leader for the top job.

Is Melbourne’s electoral system simply a relic of the past? In some respects, yes. The bias to propertied interests, for instance, is as old as the city itself. From 1863, votes were doled out only to ratepayers, with extra votes apportioned depending on the value of their rateable property. Some residents ended up with three votes; many had none.

For decades, that system allowed larger businesses to dominate. But by the 1960s bracket creep had given a majority of electors the full three votes. After plural voting was abolished in 1969, the franchise stayed attached to property rather than residence, and ward boundaries systematically favoured business districts over residential ones. That was the case through to 1982, when John Cain’s Labor government attempted to democratise the council.

In 1982 — yes, 1982 — all residents over eighteen years could vote in the council’s elections for the first time. Labor also watered down the business vote, but never quite eliminated it altogether. At times it crept back through quiet tinkering with the regulations — changes to boundaries, enrolment obligations and so on. By 1993 the pendulum had swung nearly all the way back on the franchise, with Liberal premier Jeff Kennett restoring plural voting with the two-votes for business arrangement we know and love now.

Kennett went further. Though well known for controversially amalgamating most councils, his government actually made Melbourne’s smaller and more intensely focused on the CBD, carving off parts of the surrounding suburbs where the left-wing gentry dominated. The business bias was strengthened further in 1995 with automatic enrolment of two voters per company and fines for a failure to vote. Democracy-wise, Melbourne was almost back to square one.

If the property franchise is ancient, direct election of the lord mayor and his or her deputy is a modern flourish. Steve Bracks’s Labor government introduced this and other changes in 2001. After the third sacking of the council in eighteen years, Labor was seeking deeper reform of the electoral system. It abolished Melbourne’s wards and introduced proportional representation alongside the directly elected mayor and deputy.

The changes made for a very different kind of council election. The first of them, in 2001, shared some characteristics with Senate elections under full-preference group voting. If Antony Green was worried by the massive 2013 Senate ballot paper, nobody show him the 170-page booklet, with its ninety-seven candidates, that was posted to all voters in that first Melbourne City Council direct election. Without wards, candidates also had to run city-wide, high-spend campaigns to have any hope of getting into office — bigger campaigns than had ever been seen in local government elections.

Developer donations have poured into the council’s elections ever since — so much so that in its previous term the council couldn’t assess nearly a dozen major planning applications because a majority of councillors had received donations from the applicant. Despite the appearance of being more democratic, the 2001 reforms probably made Melbourne’s councillors even more beholden to vested interests.

Even with the council’s positively Dickensian franchise and an electoral system reliant on big donations, some people defend the status quo. Stephen Mayne, the Crikey founder who went on to sit on the council, argues that a change to a resident-only franchise would result in an unacceptably left-wing, anti-business council governing the corporate and financial centre of Victoria. Former lord mayor Robert Doyle has argued that taking votes away from businesses would violate the highest democratic principle of all: no taxation without representation.

The local Chamber of Commerce has also railed against any curbing of business votes. Businesses are simply too integral to the city, it says, to be deprived of a say. Indeed, this is the view enshrined in law by the City of Melbourne Act: because Melbourne has “capital city status” and serves many interests that don’t live in it, giving votes only to residents would deprive many of the city’s stakeholders from a say in its governance. Multiple votes for business is part of a balancing act that gives all the important segments of the city a say.

Perhaps. But this sounds a bit thin when we consider the fact that people who work in the CBD don’t get any votes, and they are the biggest users of the city, bar none. Expanding the franchise to even more non-residents is hardly going to be a popular rallying cry, and it’s not something I’m advocating here, but the idea directs us to the big question we should be asking when we look at this election: who owns Melbourne? Nearly a million people live, work, study or visit the City of Melbourne every day — that’s nearly a million people with some kind of claim on the place.

Some claims are stronger than others, of course. Of that near-million, many thousands are regional or international visitors. But many others consider themselves Melbournians, have a real stake in the city and the decisions being made about it, and can only watch, disheartened, as elections like the present one unfold. And what about the Wurundjeri, the original custodians of the land? Perhaps they should get a vote, regardless of residence? Or two votes. Or three. The only influence that they, along with the rest of Victoria, have on the council comes via the state government, which intervenes in city matters from time to time.

But it needs to be asked whether there is any legitimate role for a tiny, gerrymandered business fiefdom in the governance of a modern, democratic metropolis serving millions. The answer is surely no. Whether we get Sally Capp, Rohan Leppert or, somehow, lord mayor Sam Newman this May, let us hope that they will be the last sovereign of this very rotten borough. It is a system well and truly past its use-by date. ● 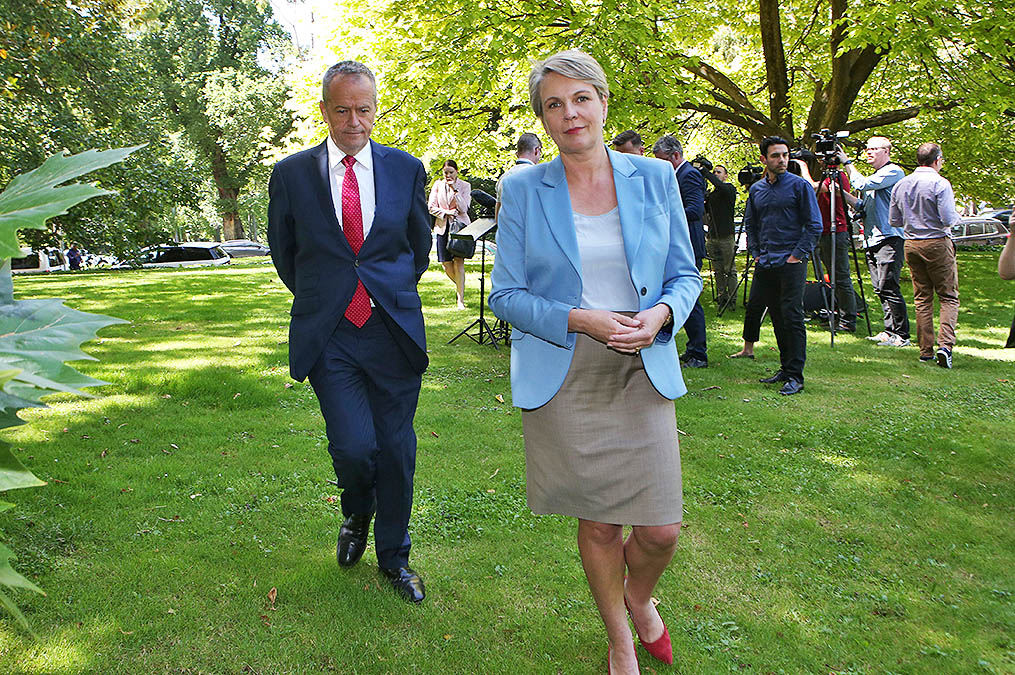